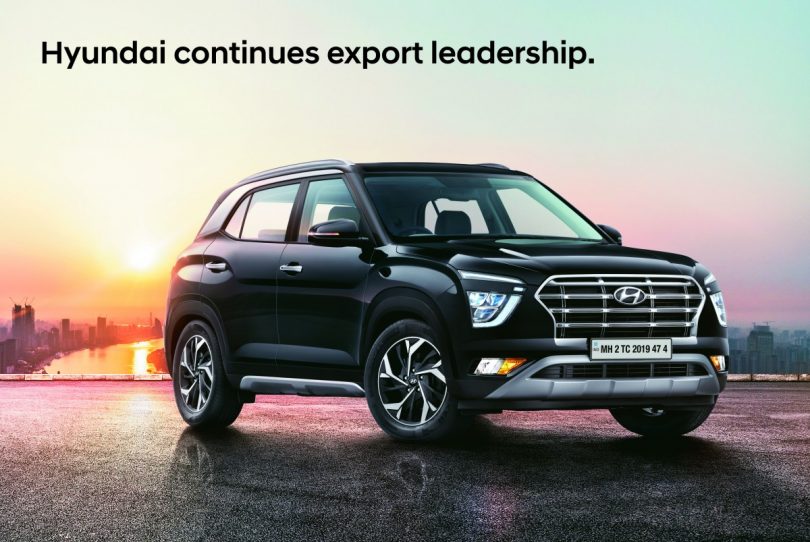 Hyundai Motor India, which is the country’s largest exporter, releases its export report for FY 2020. The company exported to a total of 88 countries across 4 continents thus fulfilling the ‘Make In India for the World’ initiative. In terms of export figure, the number stood at 1,04,342 units between April 2020 to March 2021. The maximum of the exports was registered by the SUVs, recently crossing the 1 million mark. Given the sudden spike in the demand for SUVs in the market, Creta and Venue are selling in huge numbers.

Maximum of the exports to the overseas market include Mexico, Saudi Arabia, South Africa, Nepal and Chile. The all-new i20 is selling in huge numbers in India and is also in great demand in the overseas market like Africa and Latin America region. Despite the recent challenges caused due to COVID-19 pandemic, HMIL ensured maximum customer satisfaction. For Nepal, HMIL commenced car export via Railways, thus reducing the carbon footprint.

Over the period of time, Hyundai achieved the first 5 lakh units of export in March 2008. Then in Feb 2010, HMIL crossed the 10 lakh export milestone, followed by 20 lakh units in March 2014. Finally, in 2020, the South Korean carmaker crossed the 3 million vehicle export milestone in the country. HMIL is exporting 10 models which include Grand i10, Accent (Verna), Xcent, Grand i10 (Nios), Atos (Santro) and Grand i10 (Aura), i20, Venue and All-New Creta.

Hyundai Motors And Its Plans for India

Currently, the 2nd largest car manufacturer in the domestic market, Hyundai Motors is increasingly improving its sales and service in the country. The top-selling product, Hyundai Creta is constantly seen in the monthly top-10 selling models’ list. The new upcoming product, Hyundai Alcazar, which is the 7-seater version of the Creta also looks promising. Its sister company, Kia is selling in good numbers in India, in a relatively short time. Both the companies are proving to be tough competition for Maruti Suzuki in terms of sales figure.