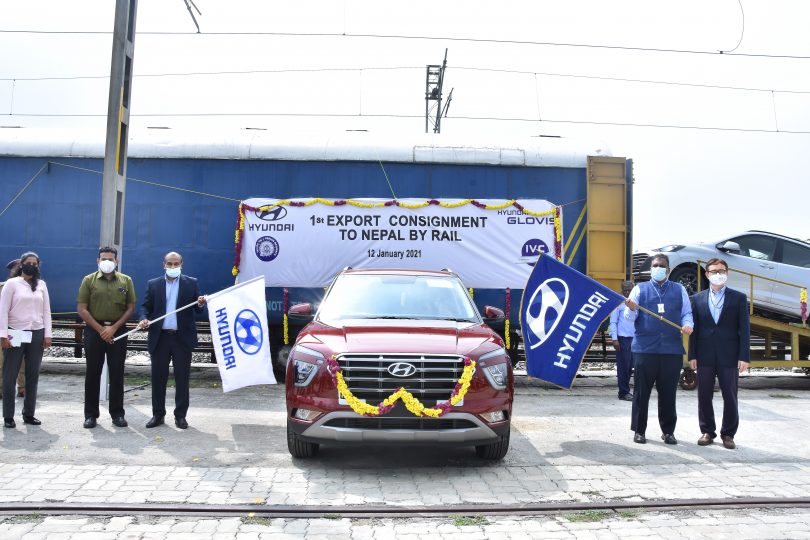 Hyundai Motors India Limited has announced its first-ever eco-friendly export operation via railways to Nepal. This will be the first time that a carmaker from India will transport vehicles to another country via the railway network. The first consignment will have a total of 125 cars which will be transported in 25 rakes. The consignment will be loaded at the Walajabad Railway Hub which is situated near the Irungattukottai-based HMIL production facility in Chennai and from there it will be transported to Nautanwa in Sonauli, a town near to the India-Nepal border.

The last-mile delivery will be done using the roadways given the adverse topography of Nepal. With the use of Railways, HMIL will be able to reduce the overall days for exporting the vehicles from 8 days to 5 days. In fact, this is also an eco-friendly way of transportation as the locomotives used are electric-powered as opposed to the diesel-powered trucks which were used earlier and HMIL confirmed that it will be able to reduce the carbon footprint by 20,260 tons.

Hyundai Motors India Limited is the largest exporter of the country and the manufacturing facility in Chennai produces vehicles which are sent to over 88 countries across Africa, South America, Asia Pacific, Australia, Middle East and more. HMIL started off with a mere 5 lakhs export in  March 2008 which increased to 10 lakhs in  February 2010 and finally for the year 2020, HMIL confirmed that it had crossed the 3 million mark for the total cumulative export figure.

Hyundai Motors has been constantly incorporating innovative ways to fulfil its customers’ satisfaction with its green initiatives like ‘Progress For Humanity’ which imparts the idea of conserving the natural resources by following the practices like zero-wastage of water and using renewable energy in its manufacturing facility. Hyundai Motors India Limited with its sibling Kia Motors have been increasingly improving on the sales figures and are constantly launching and updating their product which is proving to be a tough fight for the other carmakers in the Indian automotive market. 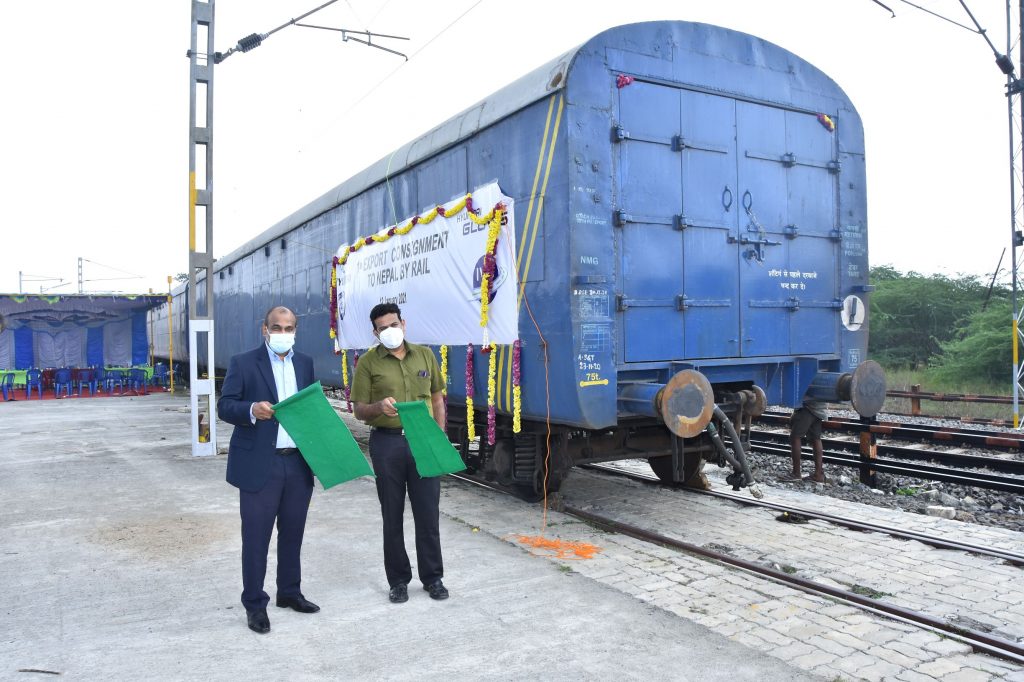