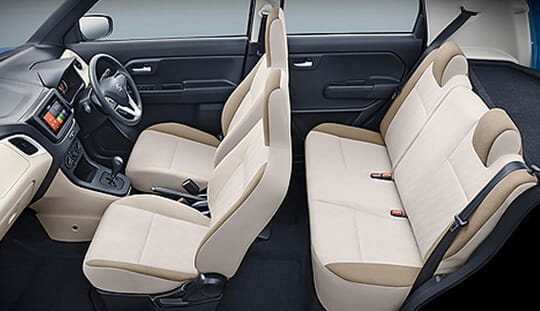 Toyota Hyryder EV – A few days ago, we saw spy shots of a new Toyota electric hatchback based on the Maruti Suzuki WagonR. We saw a few clear images of the tall hatch following the nighttime spy shots, which confirmed its WagonR base and electric vehicle status. Spy images of the undercarriage confirmed that the new Toyota branded vehicle is electric due to the absence of exhaust pipes. We also reported that the electric hatchback would be known as the Hyryder.

Until now, spy images of the interior were scarce. But, pictures on the dashboard, instruments cluster and gear shift lever have emerged on the internet. It is not a very big surprise that the interiors match with Maruti Suzuki WagonR. Spy images show that some features on the interiors are entirely new, while others changes are for EV adaptation.

According to the spy shots, the Toyota Hyryder test mule features the same steering wheel and gear selector as the Maruti Suzuki WagonR. The Hyryder also comes with an instruments cluster that looks similar to the 2018/19 WagonR VXi. But closer inspection shows that the digital Multi-Information Display (MID) comes with some changes. The new changes are pertaining to the indication of the state of battery charge and range.

The state of charge (SOC) indicators now on the right-hand side of the MID. The internal combustion engine (ICE)-powered car features the fuel gauge on the bottom. The MID also appears to show the gear position. Apart from this, the column of telltale lights is not visible on the Hyryder while it lights up the left side of the instruments panel on the WagonR.

A more comprehensive look at the image also reveals that the gear selector and the shift pattern and gates are similar to the WagonR. The Autoshift gear also features a Manual Mode offered on the AMT gearbox. We suspect that is just for the sake of testing, and Toyota is likely to rework the pattern in the production vehicle. But the most crucial change is the automatic climate control system. The unit comes with rotary knob controls and looks very similar to the one on the Maruti Suzuki Dzire.

The dashboard also appears similar to the WagonR, and the infotainment system is currently missing. It is important to remember that this is just a test mule of the Hyryder, and Toyota is likely to provide a touchscreen unit on the top-spec variants.

Other details on the vehicles are still scarce and will be available soon. 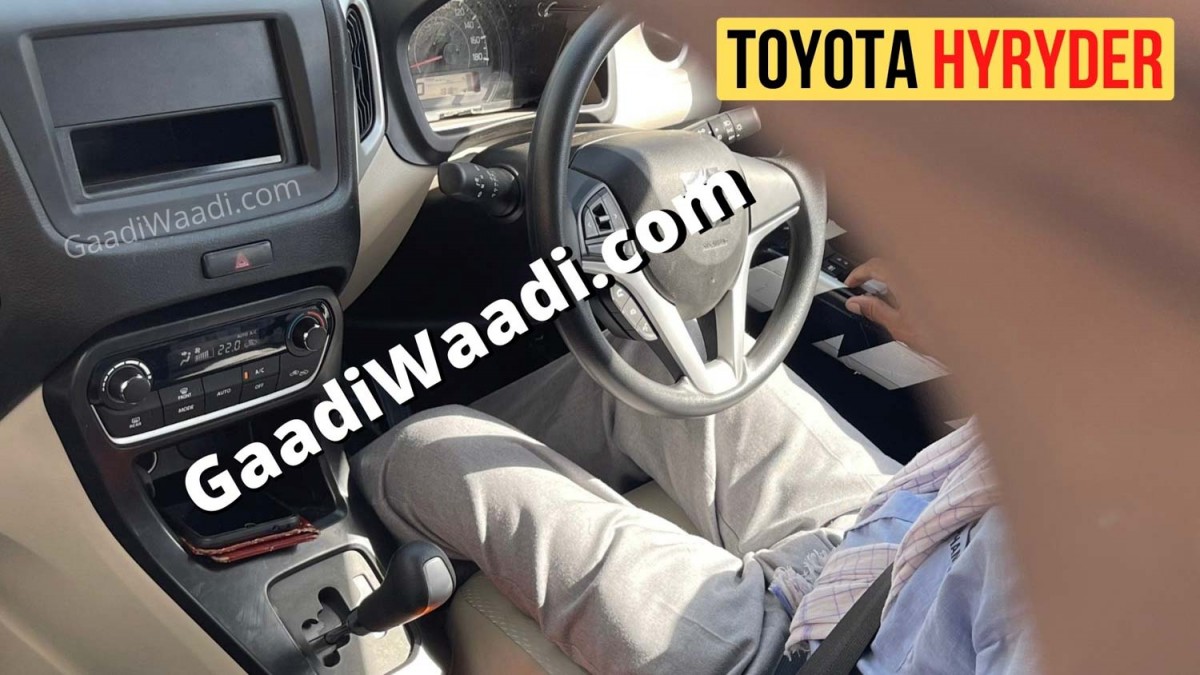 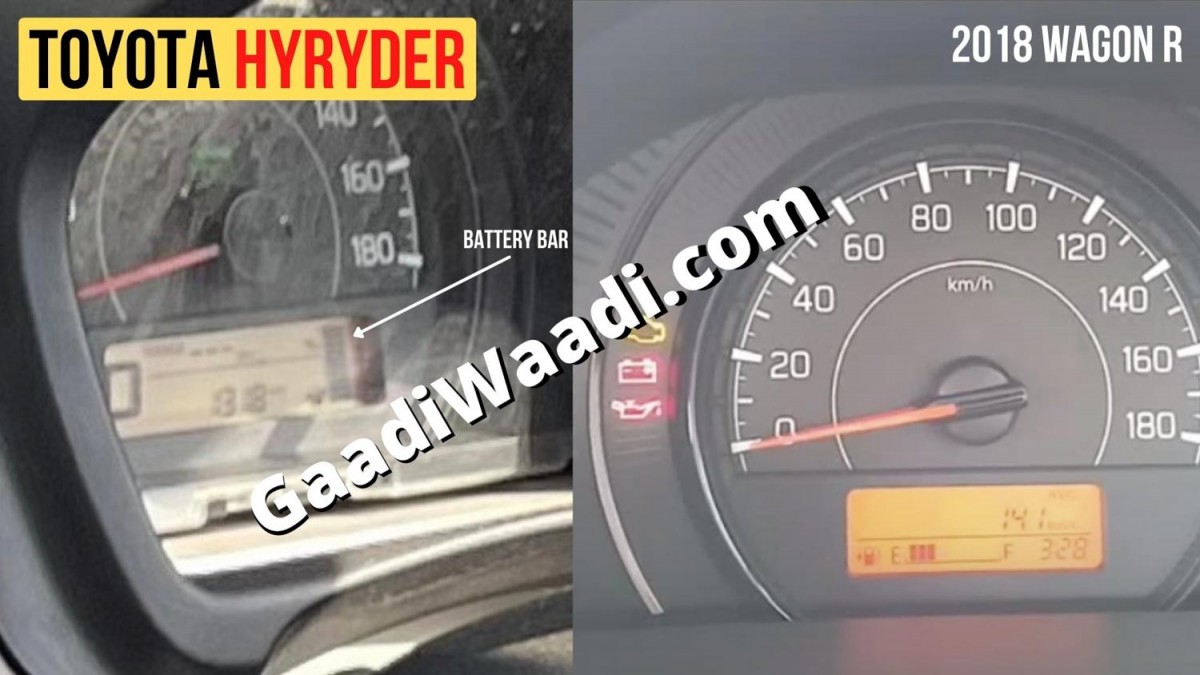