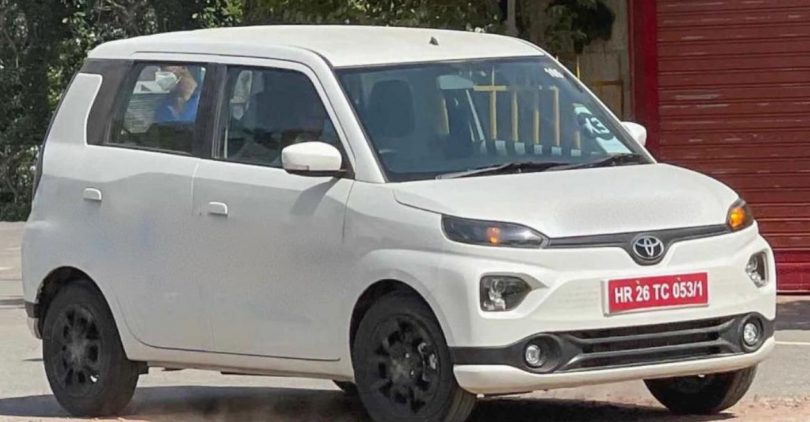 Until yesterday we did not know what Toyota might call the electric vehicle. But Toyota had filed patents for the ‘Hyryder’ name in April 2021, in the Indian market. The wordmark was recently accepted and advertised, which coincides with the appearance of the Toyota badged WagonR EV. This leads us to believe that the upcoming tall electric hatchback will debut in the Indian market as the Toyota Hyryder. But Toyota has not confirmed anything yet. 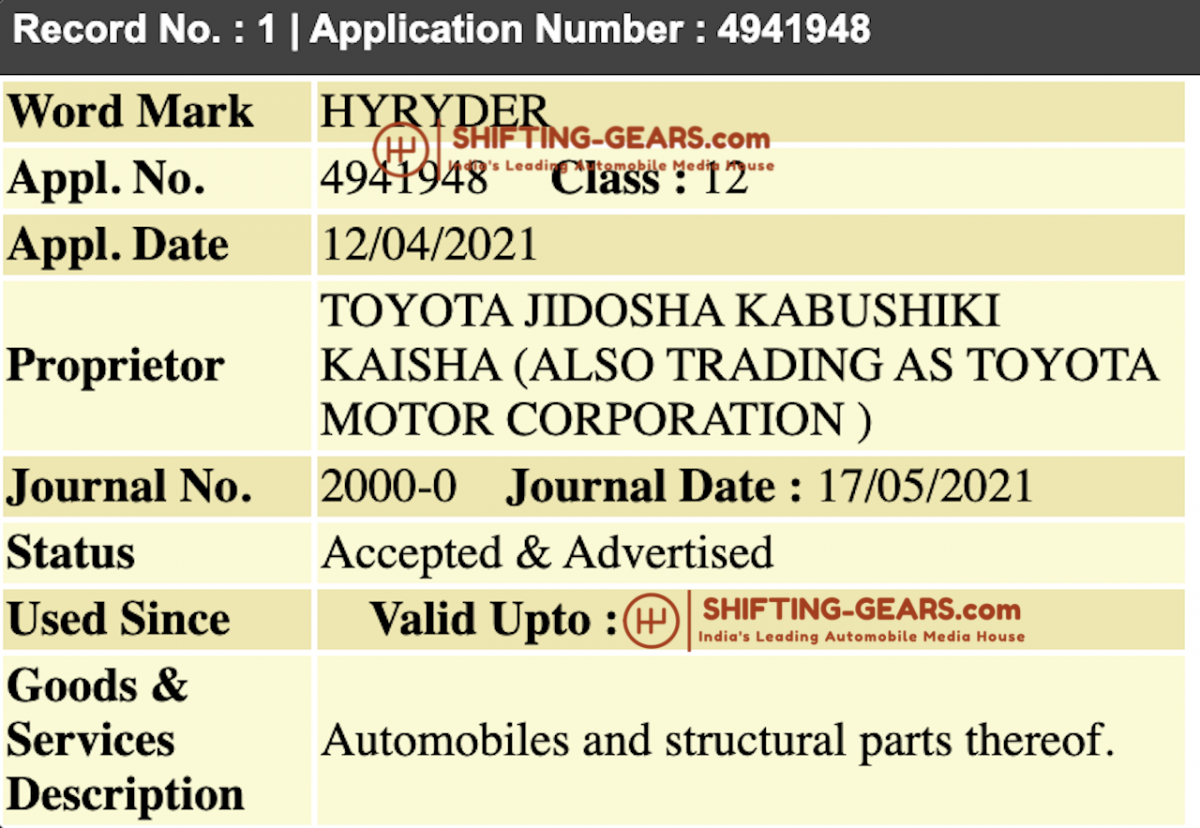 The overall silhouette of the electric vehicle is similar to the Maruti Suzuki WagonR. The sides and rear are very similar to the internal combustion engine (ICE) vehicle. But the main differentiating factor is the front fascia. According to the spy images, the Toyota Hyryder comes with a blank-out grille on the front. The lower bumper comes with a sleek air intake to cool the electric powertrain and braking components.

On the front, the electric vehicle features sleek turn indicator lamps that sit below the bonnet line and bumper-mounted headlamps. The lower bumper also comes with rounded fog lamp units, but it is difficult to confirm if the car will feature LED headlamp units. But the rear end will come with LED taillamps with smoke lenses, a redesigned bumper with a black cladding that runs across and vertical reflectors.

Spy images also show the Toyota badge on the front and the alloy wheel hubs. Also, photographs show that the test mule does not have a tailpipe to emit exhaust gases, confirming its 100% electric status. Spy images of the interior of the vehicle are still scarce. But, we speculate that the Toyota Hyryder will come with interiors similar to the ICE WagonR.

Why Toyota ‘Hyryder’ But No Maruti Suzuki ‘WagonR EV’?

It is not a secret that the Toyota Hyryder was first conceived as the Maruti Suzuki WagonR EV. The brand has been extensively testing the vehicle close to its Gurugram manufacturing facility as well. But last year, Maruti Suzuki shelved the plan to launch the electric vehicle due to poor techno-economic viability. In other words, the brand deemed the electric WagonR to be too expensive, and the cost would not be justified when compared to the comparative ICE WagonR. However, Toyota has a more premium target clientele and could market the hatchback under its brand.

Powering the Toyota Hyryder could be a 40kW-45kW output power electric motor which draws power from a 15 kWh to 25 kWh battery pack. This will enable the electric vehicle to traverse around 150 km to 250 km on a single charge. The power unit speculation is based on competition electric vehicles such as the future Mahindra eKUV100 and the Renault Kwid EV, marketed as the Dacia Spring EV. 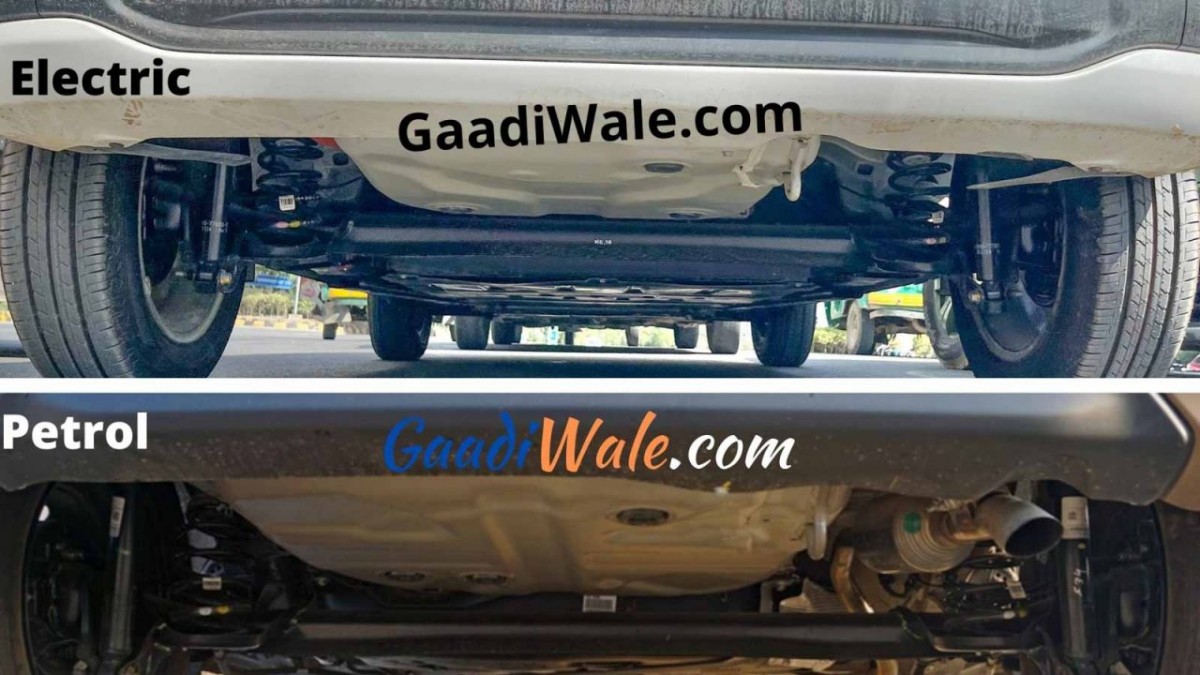 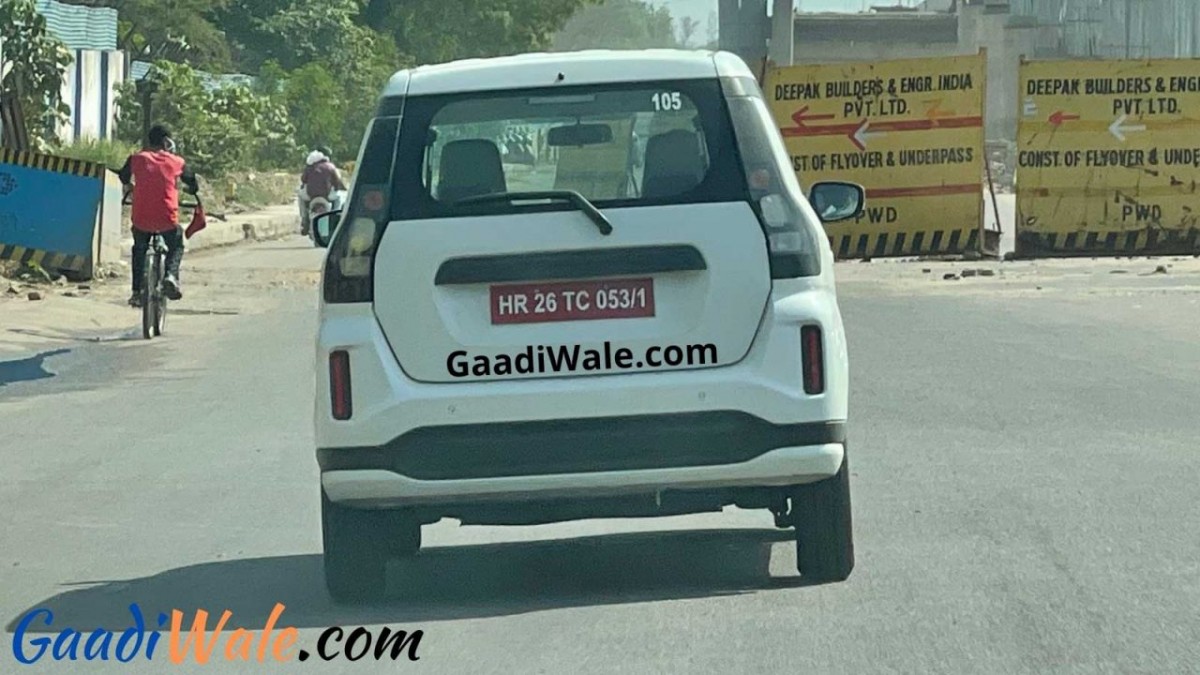