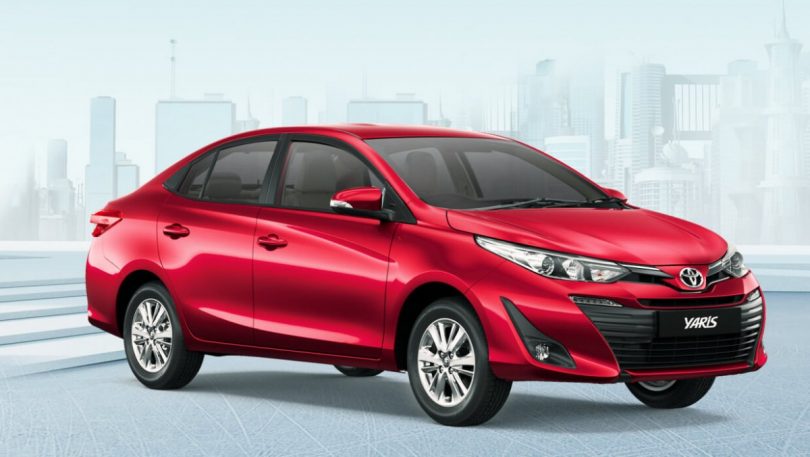 Toyota is planning to phase out the Yaris sedan from the Indian market. The manufacturer is likely to have stopped production on the Yaris sedan in India, but dealerships still have a car in stock. The company dealerships are likely to sell the Yaris in India until stock depletes. The brand is likely to discontinue the sedan due to the low sales demand that did not even cross three-figure sales a month. In March 2021, Toyota recorded 871 units in sales in the Indian market. It is also speculated that Toyota Yaris is likely to be replaced by the Toyota Belta.

What is the Toyota Belta?

Toyota Belta was an older generation Yaris sold in the Japanese market. The brand has now filed patents for the name in the Indian market. This leads us to believe that the Belta will replace the Yaris sedan here. Under the Suzuki-Toyota partnership, the brand will likely rebadge the Maruti Suzuki Ciaz, similar to the Glanza and Urban Cruiser.

What will be new on the Toyota Belta/Ciaz?

The Toyota Belta will continue to use the Maruti Suzuki Ciaz powertrain. Powering the Ciaz is a 1.5-litre four-cylinder petrol engine that makes 105 PS of power and 138 Nm of torque. The engine comes with a 5-speed manual transmission or a 4-speed Automatic.

When will Toyota launch the Belta?

Toyota is likely to launch the Belta sedan in August 2021. 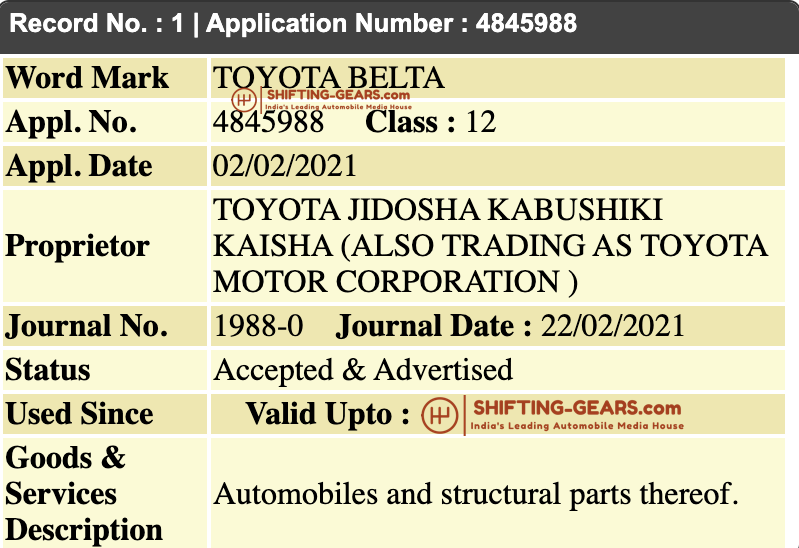