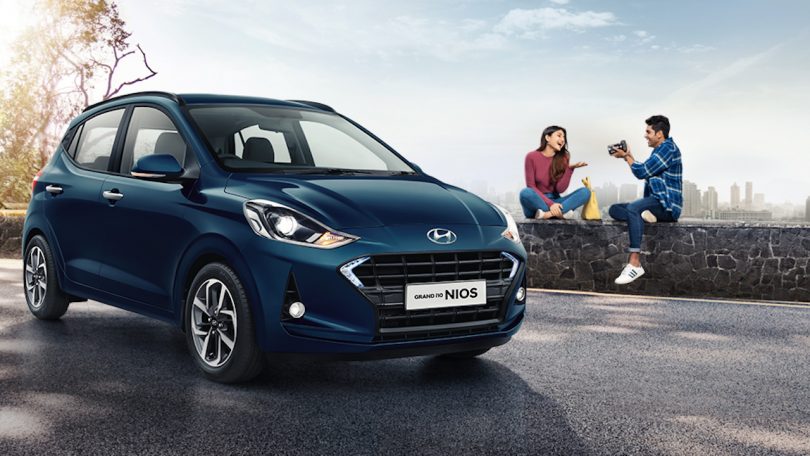 Hyundai has discontinued multiple variants of its models available in India. These cars include the Santro, Grand i10 Nios hatchback and the Aura sedan. The information comes from what appears to be a notification to the dealerships. The carmaker recommends dealers not to take any further bookings unless they have the car in stock. This is a clear indicator that the company does not plan to make these variants available again anytime soon.

However, this is not the first time we have seen an Indian manufacturer do such a thing. Manufacturers usually update the variant list on a frequent basis. The companies gauge the demand for various variants and then rejig or discontinue them. Such adjustments to the variant lineup allow them to utilise the available resources better. Additionally, they also possibly allow carmakers to secure a higher profit margin.

In the case of the Aura sedan, the currently available variants are – E, S, SX, SX(+) and the top-end SX (O). The Aura comes with a diesel engine in the S and SX+ AMT variants. Like the Grand i10, both the manual and AMT variants of the diesel engines are discontinued. Hence, the Aura will also be available only in petrol variants.

The entry-level segment is seeing a decline in demand for diesel engines. Hence, it is likely the reason for Hyundai to discontinue them and focus on petrol and CNG variants.

In addition to discontinuation of the diesel variants of the Grand i10 Nios and Aura, Hyundai discontinued all petrol variants of the Santro. The model was available in Era Executive, Magna, Sportz, Sportz AMT, Sportz CNG, Sportz Executive CNG and the top-end Asta. According to the leaked document, the model will now be available only in the Sportz CNG variant.

If Hyundai doesn’t introduce new variants, the Santro will become a CNG only model. A CNG only model will be new to the industry. However, with the current production constraints, it does seem like a logical decision by Hyundai. Given the increase in petrol and diesel prices, a factory CNG-fitted small car’s demand is increasing. Also, given that the company made this decision, it was possibly the major contributor to Santro’s sales. 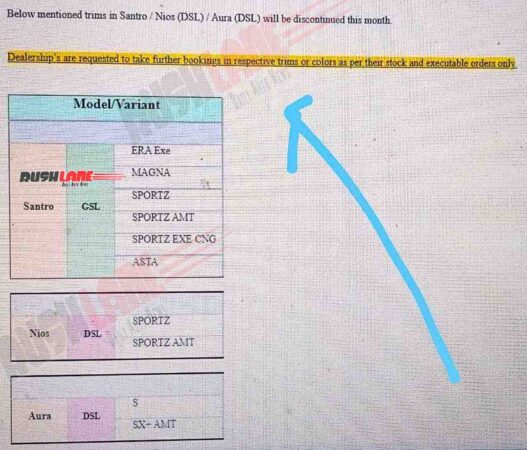 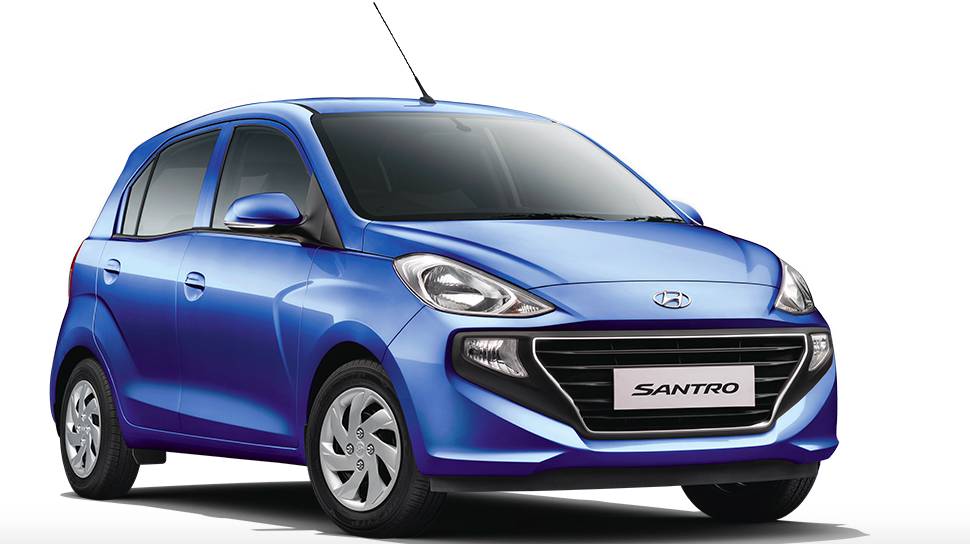