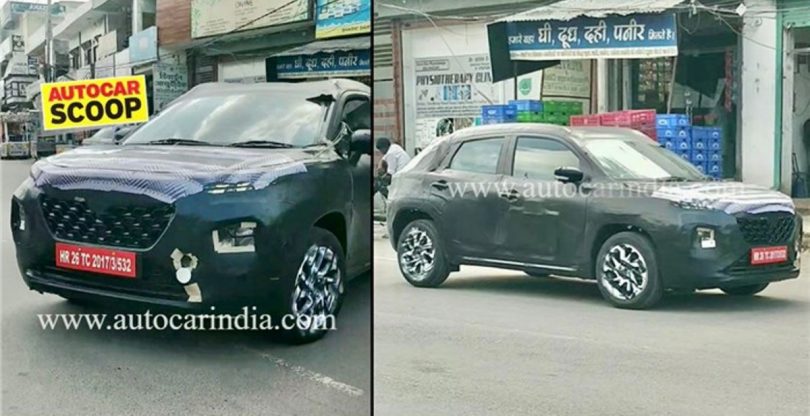 Maruti Suzuki is planning to add another SUV to its lineup. Not long after the brand launched the new Brezza and unveiled the Grand Vitara, the first-ever spy shots of the all-new SUV-Coupe have now surfaced online. Maruti Suzuki’s codename for the model is ‘YTB’. According to sources, the model is also internally referred to as the Baleno Cross. Maruti Suzuki will likely unveil the new SUV coupe in January 2023 at the Delhi Auto Expo. The launch will take place about a month from its unveiling.

New Maruti Suzuki Crossover Spy Shots – What Do We See?

The new crossover from Maruti Suzuki will use the Baleno as its base. It will essentially be the production version of Maruti Suzuki’s Futuro-e concept. This concept was shown at the 2020 Delhi Auto Expo. Though the test mule has quite some camouflage, there are still some design elements that are still visible. The headlights and DRLs also look very similar to the new Grand Vitara, while the silhouette shows an SUV-coupe roofline.

The new model will mostly use Maruti’s Heartect platform and Suzuki’s BoosterJet turbocharged petrol engine. The BoosterJet engine was also available with the Baleno RS, which the brand discontinued. The turbo-petrol engine will likely give the crossover much-needed punch. Like all new Maruti Suzuki products, expect it to get mild hybrid tech as well. However, there are no details about the dimensions or power available.

Sources confirmed that the model will make its global debut in January at the Delhi Auto Expo. Furthermore, the market launch will take place a month later, i.e. in February 2023. Like the Baleno, the brand will sell through NEXA dealerships. The model will sit above the Baleno in the NEXA lineup and in between the new Brezza and Grand Vitara in the complete Maruti Suzuki lineup. Sources also suggest like the Baleno and Glanza, Toyota will mostly have its own version of the crossover. 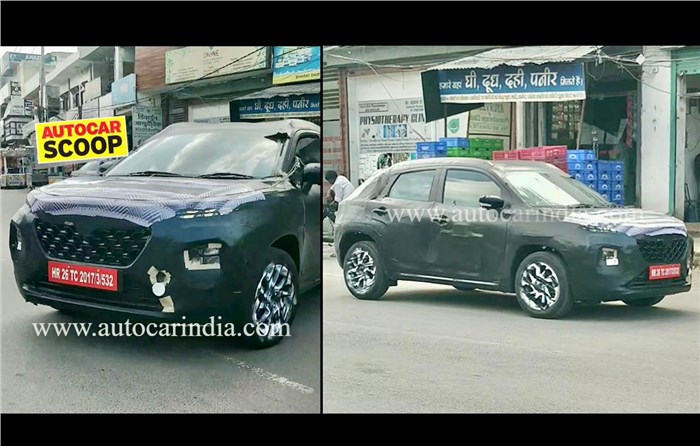