Home » Mahindra TUV300 will be rebranded as Bolero Neo 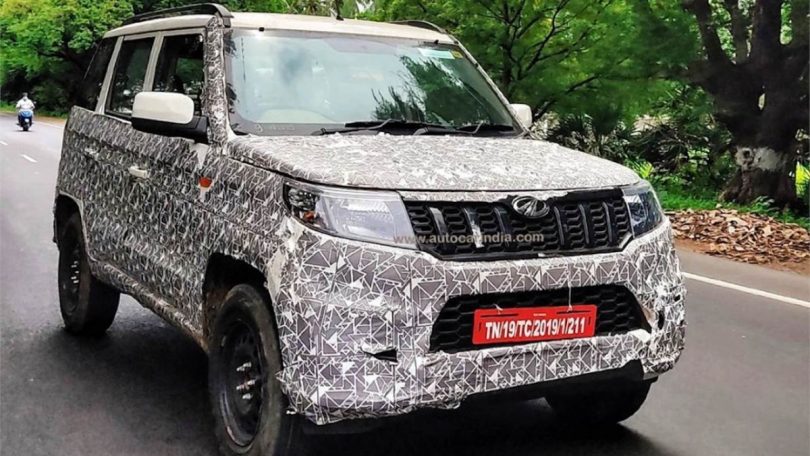 Mahindra will be launching the new Bolero Neo soon in the Indian market. The SUV is the facelifted TUV300 but Mahindra sources believe that Mahindra plans to use the popular Bolero moniker to boost sales of the new TUV300. The test mule of the Bolero Neo, seen testing on public roads under heavy camouflage revealing some key details of what to expect when the sub-4-metre SUV launches in the near future.

The spy shots reveal a new radiator grille with a chunky Mahindra logo in between, new-generation vertical slats instead of the five boxes, a sleeker headlamp cluster which is similar in design to the predecessor, clamshell-style bonnet which is a hallmark Bolero design, clean lines and a boxy appearance. The front bumper features more angular intakes and comes with a wraparound effect. The tail section is also likely to come with subtle changes to the tailgate and the rear bumper.

The Mahindra TUV300 saw little in the sales department and since the new BS6 emission regulations were rolled-out Mahindra shelved the TUV300 and the SUV did not get an upgrade. But in the Bolero Neo avatar, the Mahindra TUV300 will come with a new BS6 compliant 1.5-litre diesel motor with a 2-stage turbocharger that pumps out 100 Hp of power and 240 Nm of torque. The brand is likely to launch the SUV with a manual transmission and save an AMT option for later.

The brand is likely to introduce the Bolero Neo in the coming months with a price tag close to the INR 9 lakh mark. Mahindra is also gearing up to launch the all-new XUV500 which is currently undergoing evaluation in different parts of India along with the next-generation Scorpio SUV. Both the SUVs have been spied testing in the Himalayas for cold and high altitude environment.