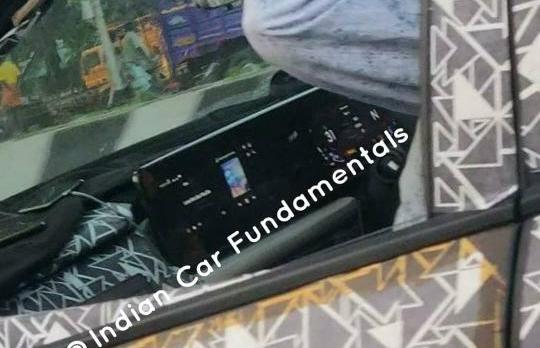 Earlier pictures only revealed a camouflage layout of the dashboard which was rumoured to have floating twin-screen infotainment system integrated with the instruments cluster similar to the displays on high-end German cars that have a large touchscreen infotainment system and a driver’s display sitting in the same plane. The premium feature has now been spied on the Mahindra XUV500 in its next-generation avatar.

According to the recent spy pictures, the Mahindra XUV500 features a digital instrument cluster on the right-hand side and offers information like gear position, speed, and various other important messages. On the left-hand side, a large infotainment screen which could have a two or three partition layout is seen in the spy pictures. The pictures are not very sharp to decipher any other details and it would be unfair to hypothesize anything further.

Earlier, the exterior spy shots of the Mahindra XUV500 revealed that the SUV is expected to come with full-LED headlamps integrated with a new signature design dual optic tube daytime running light. Though concealed under camouflage covers the rear also appears to come with sleek LED combination taillamps. On the outside, the Mahindra XUV500 also features a Tesla-like flush-mounted door handles which could have a mechanical pop-up operation. The front bumper also appears to feature a radar unit which could give the XUV500 Level1 Autonomous capabilities such as radar-based Adaptive Cruise Control, Forward Collision Warning and Mitigation, Automatic Emergency Braking etc. which are only seen on high-end vehicles.

The next-generation SUV is likely to be powered by a new 2.0-litre mStallion (TGDi) turbo-petrol engine that is currently on the 2020 new Mahindra Thar and a 2.2-litre turbocharged diesel engine with 180 Hp of power output. 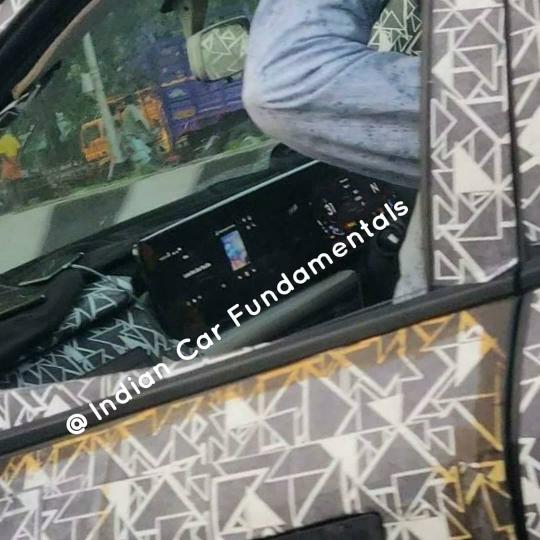