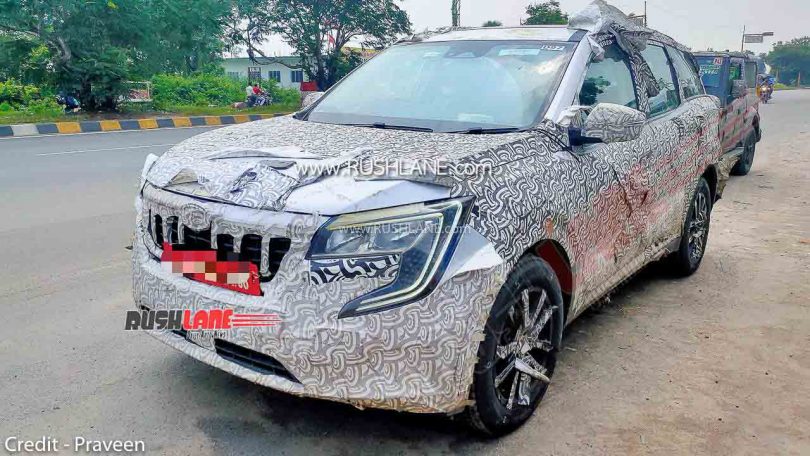 Mahindra is prepping the new-generation XUV500 for the Indian market. The car has been revealed in a series of spy pictures which are being simmered slowly on the internet. Spyshots from various sources have revealed that the new Mahindra XUV500 is expected to get features that were earlier seen only on high-end luxury cars. But during its validation process, the Mahindra XUV500 was only spied with makeshift headlamps.

Now, spied pictures of the headlamps that could be the production-spec units have emerged on the internet that give us a glimpse of what could be expected from the new Mahindra XUV500. The headlamps in the spied pictures appear to be full-LED units. The new headlamps also integrate LED daytime running lights in a new signature design with dual optic tubes. The headlights also appear to come with dual-barrel beams one for the mains and another for the high beam.

While the new XUV500 is still camouflaged the SUV appears to have slightly gained length as the proportions appear larger than the outgoing model. On the rear, the XUV500 is also expected to get a redesigned windscreen and tailgate with larger haunches slightly larger to accommodate the length. The production-spec taillamp was also spied on the Mahindra XUV500, but the lamps were completely covered only revealing an LED signature.

The front end also reveals a new grille design and the top-spec variant is also expected to come with a radar-based ADAS system with features such as Adaptive Cruise Control, Automatic Emergency Braking, etc. The overall front end design is also sharp and long as compared to the predecessor. Another features on the XUV500 is the flush mounted door handles. On the inside, the new Mahindra XUV500 features a twin display on the dashboard similar to some German luxury vehicles. 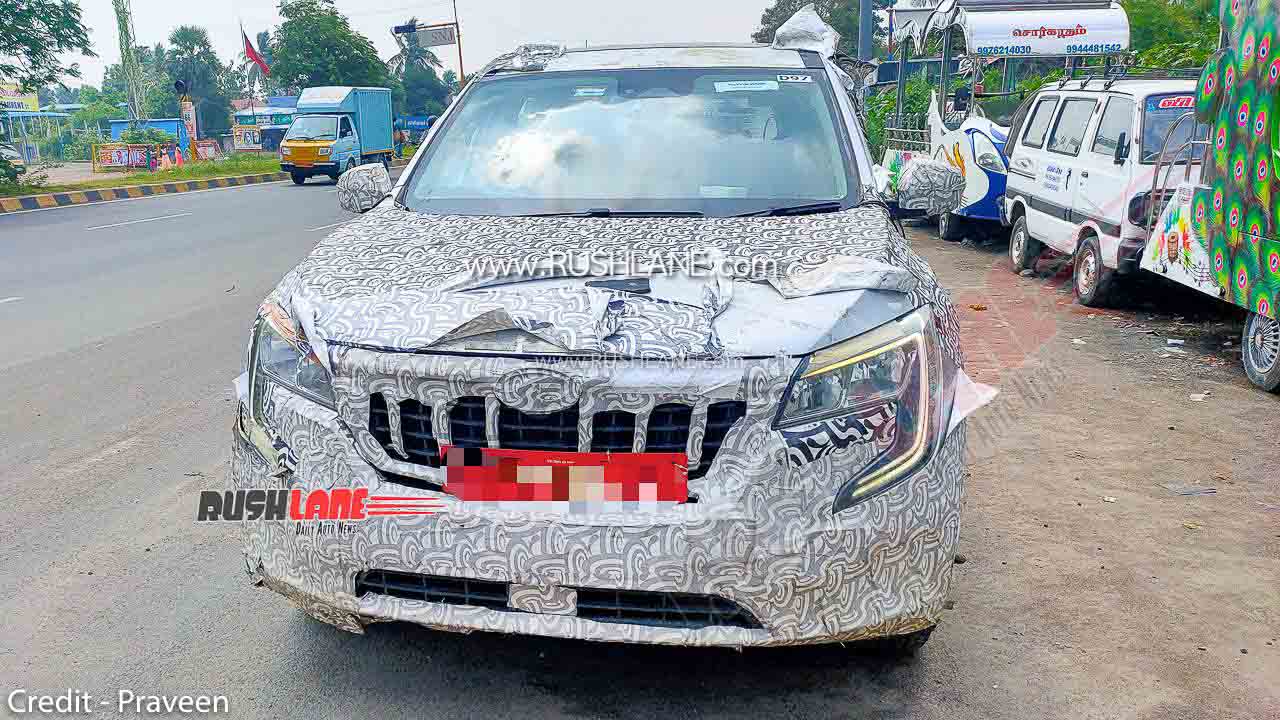 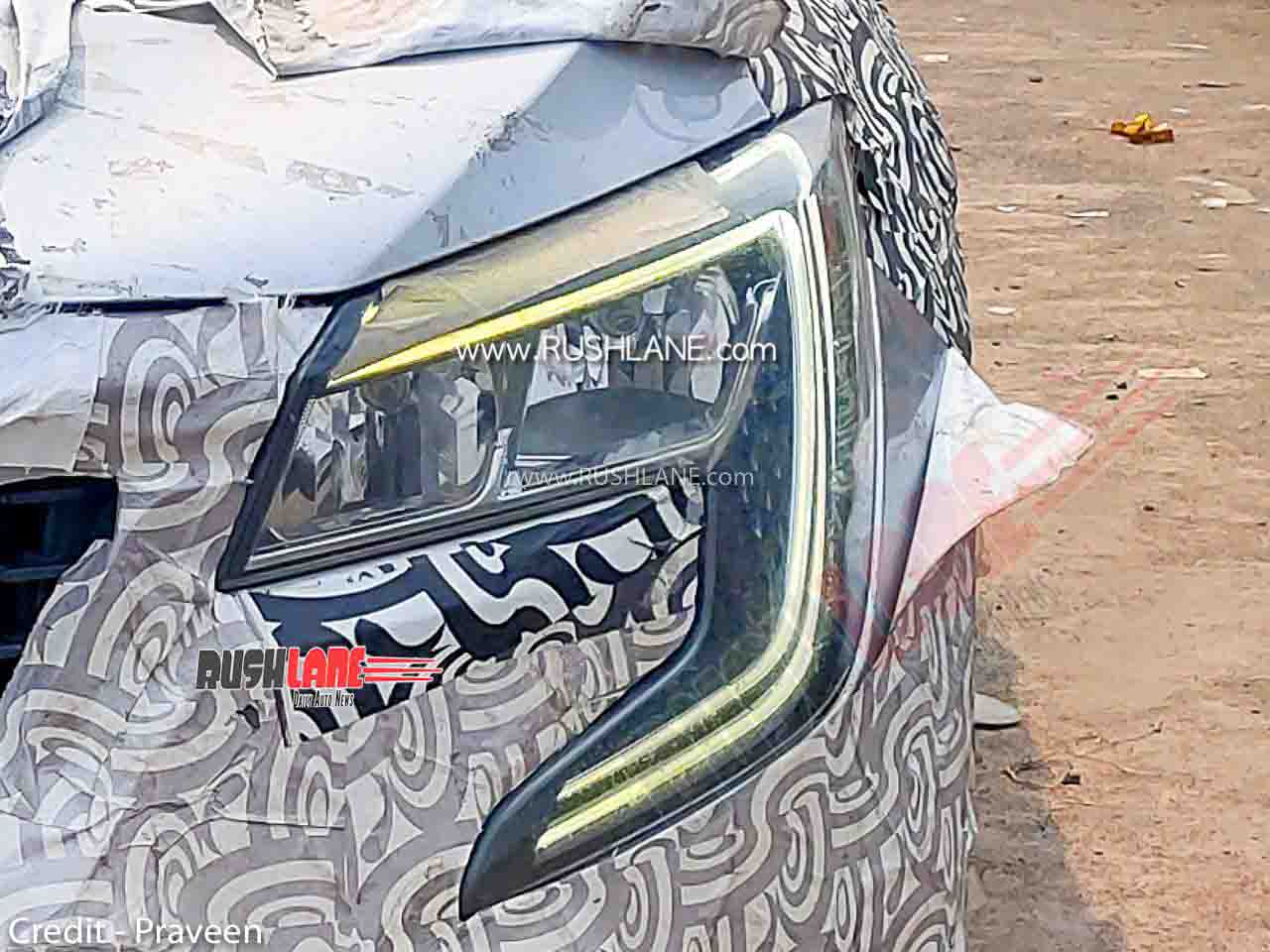 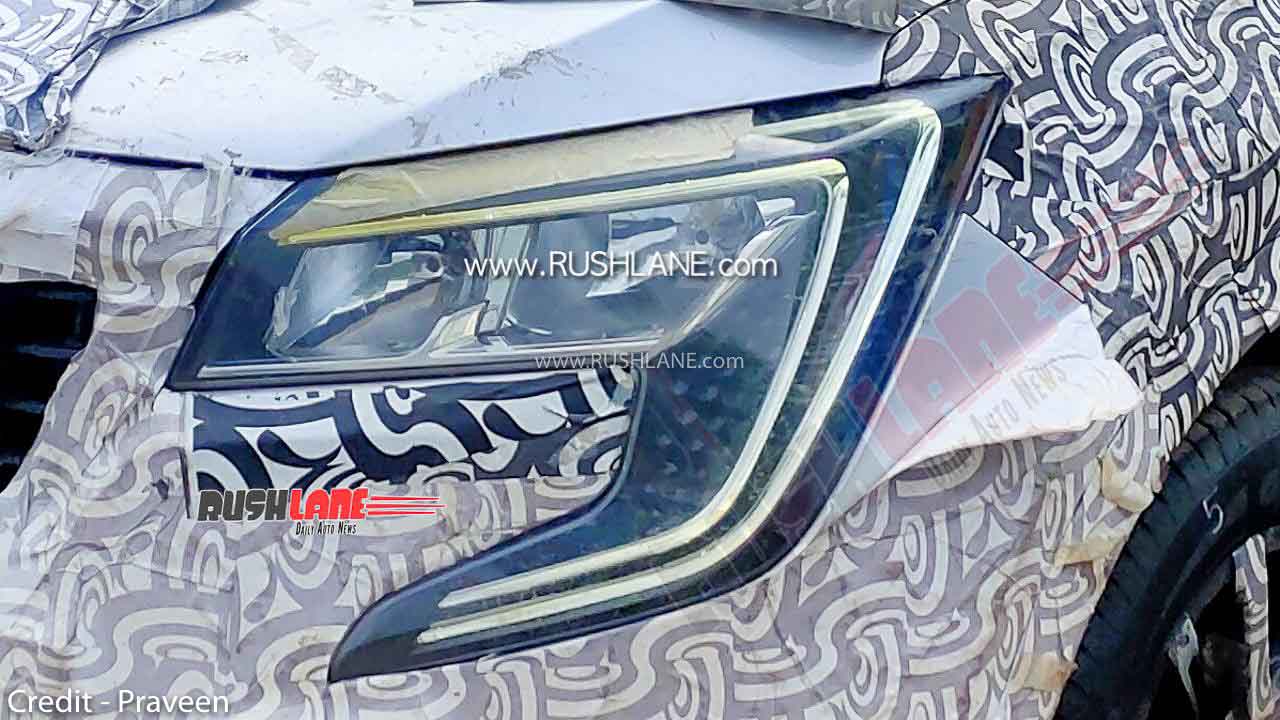 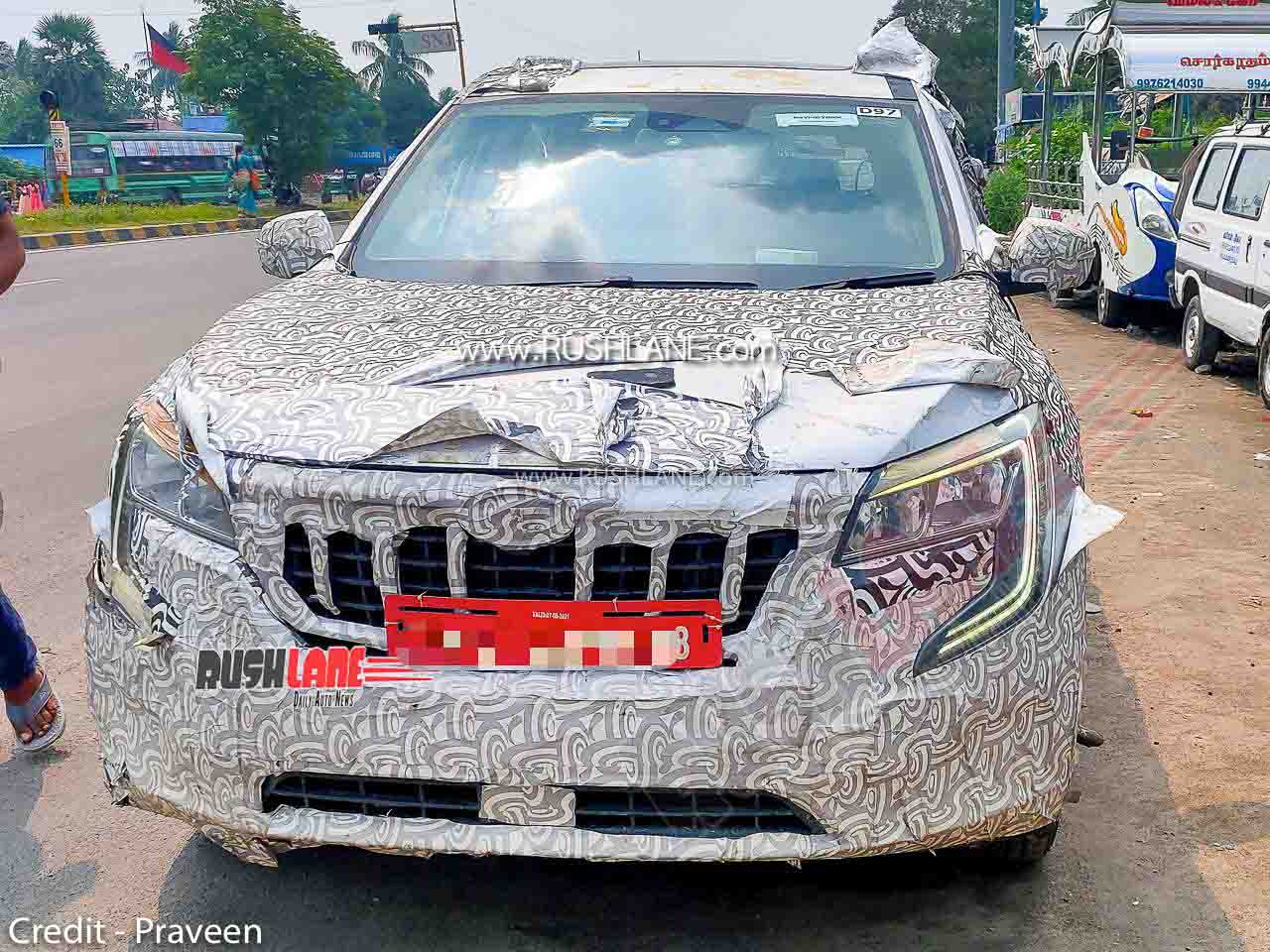