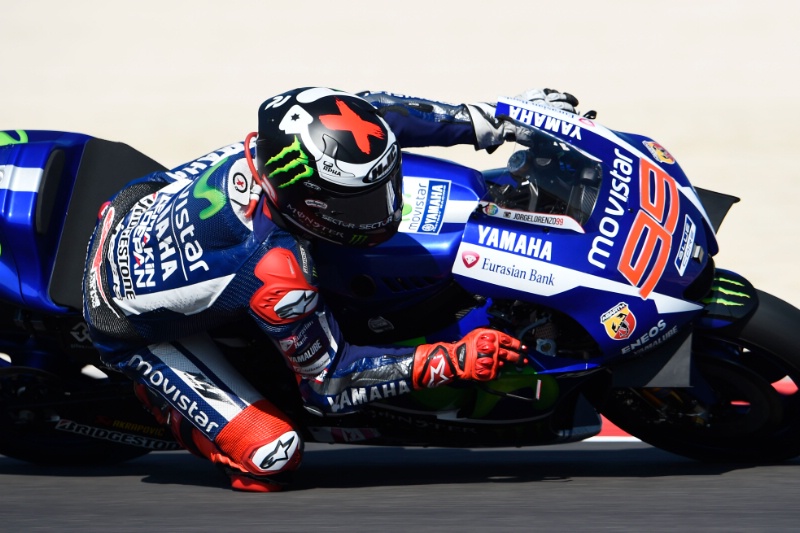 As technology develops we’ve seen many advancements in the Moto GP. Use of winglets on GP have not been new in GP races. Ducati is using it this year and Yamaha had used it in ‘99 with Checa and Biaggi. And the last race in Misano, we saw it on Lorenzo’s bike during practice and boy oh boy he did a record breaking lap time. They are still yet to confirm if the ‘winglets’ actually helped in getting some advantage. 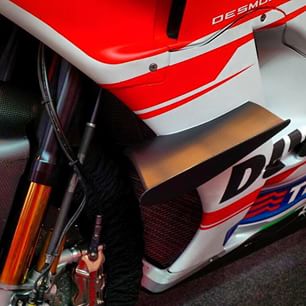 Winglet on the GP Ducati

Winglets are used in aircrafts to reduce the drag, but why winglets on a motorcycle you ask? Well just like the aircraft the motorcycle creates wind drag too. You can feel this drag on your back when you’re riding the motorcycle at higher speeds. Winglets reduce this wind drag. There’s another advantage to these winglets.

These GP bikes are capable of crossing 300 kmph. With such power it’s easy to pop up wheelies during corner exits and popping up the front means you lose the ability to steer. Now what these winglets do is they help keep the front planted on the ground. These small elements may not seem much of help, but at 300 kmph, they create enough weight through the wind pressure to keep the front end down. The Kawasaki Ninja H2 also uses winglets to keep the down-force as that 300 hp beast is capable of great speeds. It uses the same concept why sports cars have big spoilers, to keep the rear planted on the ground during high speeds. Check out the video below of Lorenzo flying at the Misano practice lap.