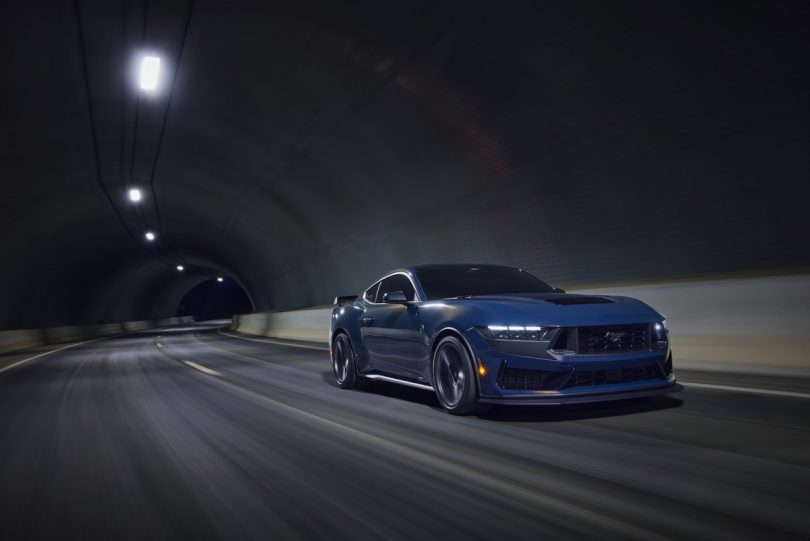 Ford is wasting no time. The American carmaker recently unveiled the 7th generation of its popular muscle car, Mustang. And now, it has revealed a new track-focused variant of the new Mustang. Ford calls it the ‘Dark Horse’, and it promises to push performance levels of the Mustang to new levels.

Ford CEO Jim Farley says the Mustang has competed with the most premium brands on the greatest world stages and won for decades. He further added that the brand surprised everyone and will surprise again with a new track-focused Mustang. The new track-focused Mustang puts a new level of styling, performance and American engineering in the hands of everyday customers who still want the excitement of a V8 sports car, says Jim Farley.

The new Ford Mustang Dark Horse gets a number of changes to differentiate it from the regular Mustang. At the front, the Dark Horse gets dark-tinted headlights as well as a new black grille. Other changes include extended side skirts, a new rear wing, a new rear diffuser and dark quad exhaust tips. The new track-focused model also gets new badges, and a new Blue Ember Metallic colour option also makes its debut.

On the inside, the Dark Horse also gets revisions compared to the standard 7th generation Mustang. The flat-bottom steering wheel now comes in suede and with bright Indigo Blue accent stitching. The automatic version of the Dark Horse also gets anodized silver paddle shifters. Also standard will be a 12-speaker Bang & Olufsen sound system for times when you want to listen to music instead of the V8. Customers can also opt for an Appearance Pack that adds Deep Indigo Blue seats.

The new Mustang Dark Horse sits at the top of the 7th generation Mustang range. The Dark Horse is also the first new performance name for the Mustang since Ford introduced the Mustang Bullitt in 2001. Needless to say, it only comes with a 5.0-litre Coyote V8.

For the new Mustang Dark Horse’s V8, Ford used the same connecting rods as the Shelby GT500’s 760 PS motor. The company did reveal that it comes with dual throttle bodies and will make about 500 PS. However, there is no confirmation regarding the output figures.

The 2024 Mustang Dark Horse also features a unique 6-speed Tremec manual transmission. This comes as standard and includes a distinctive transmission oil cooler to sustain track driving. Customers will also be able to opt for a 10-speed automatic with paddle shifters. 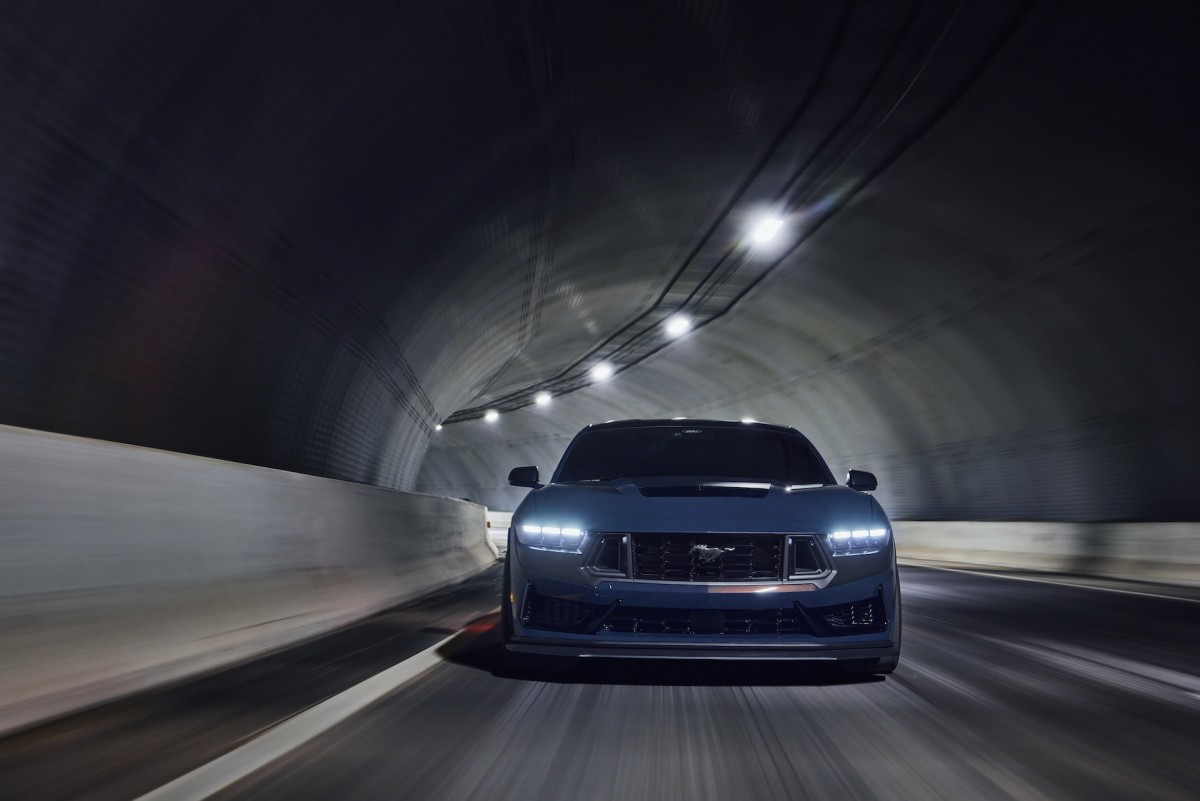 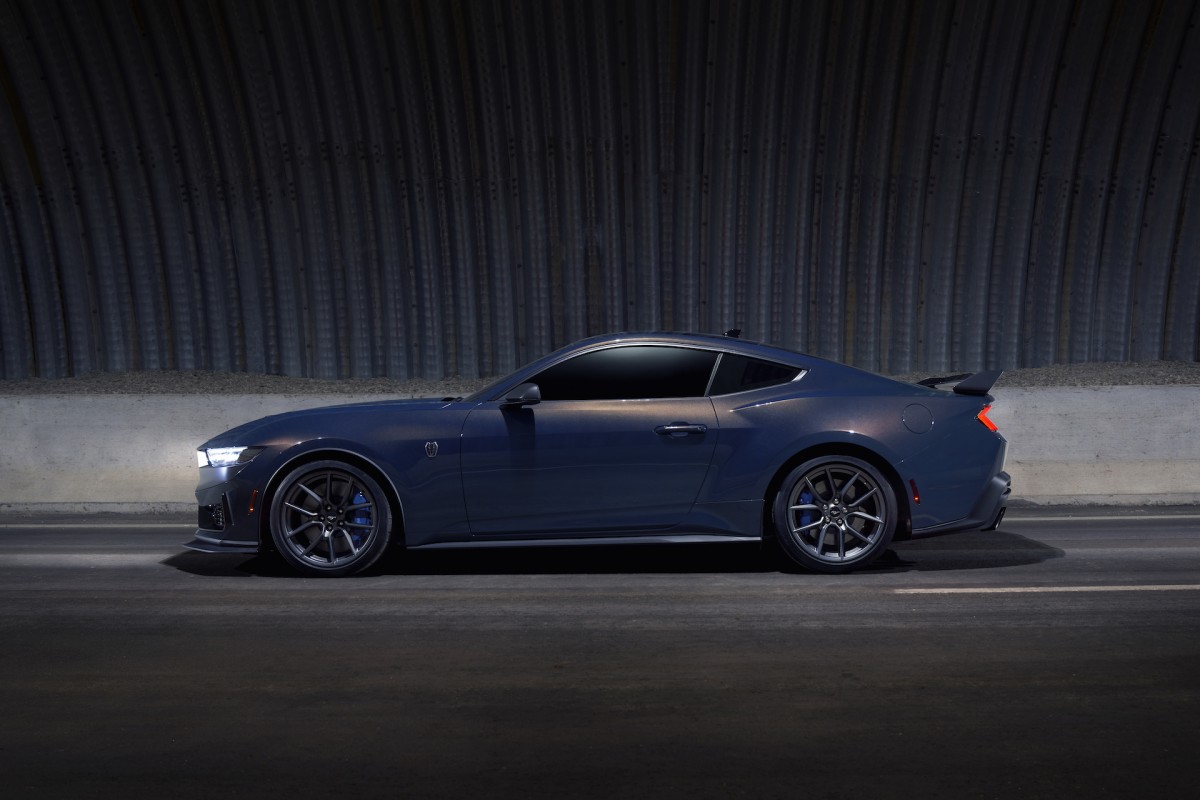 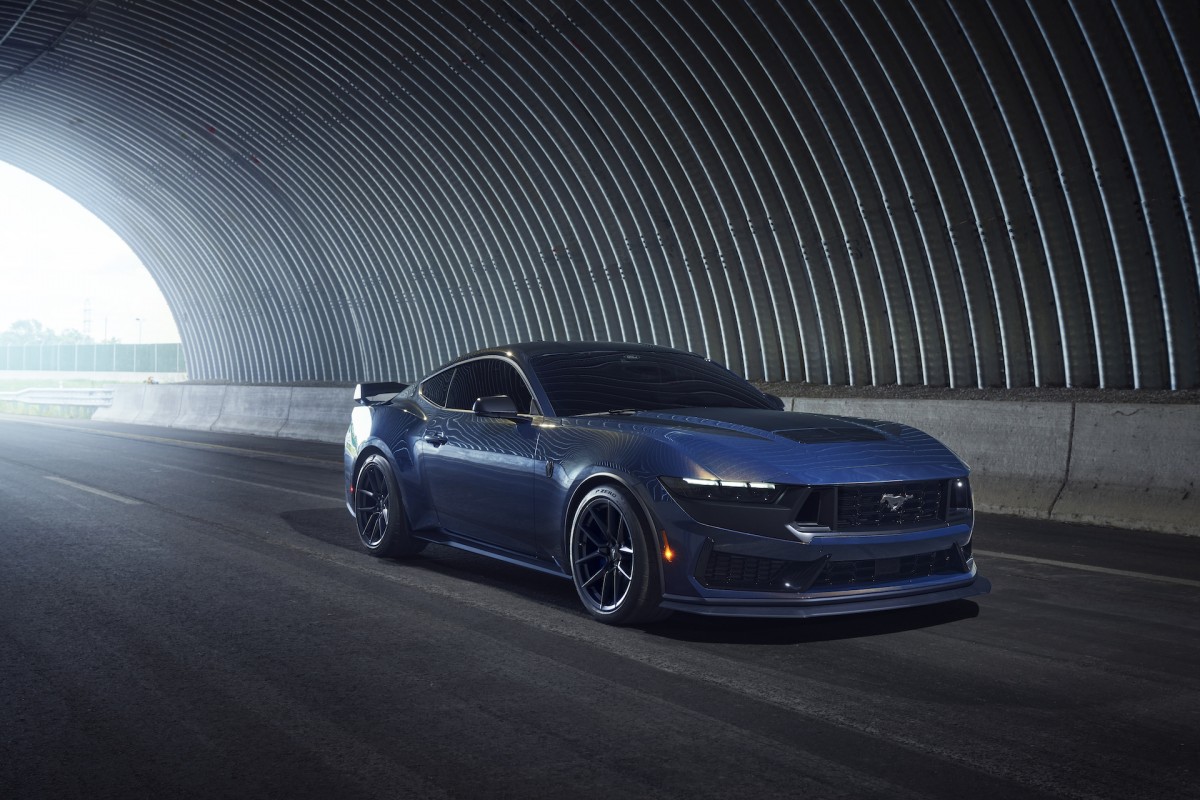 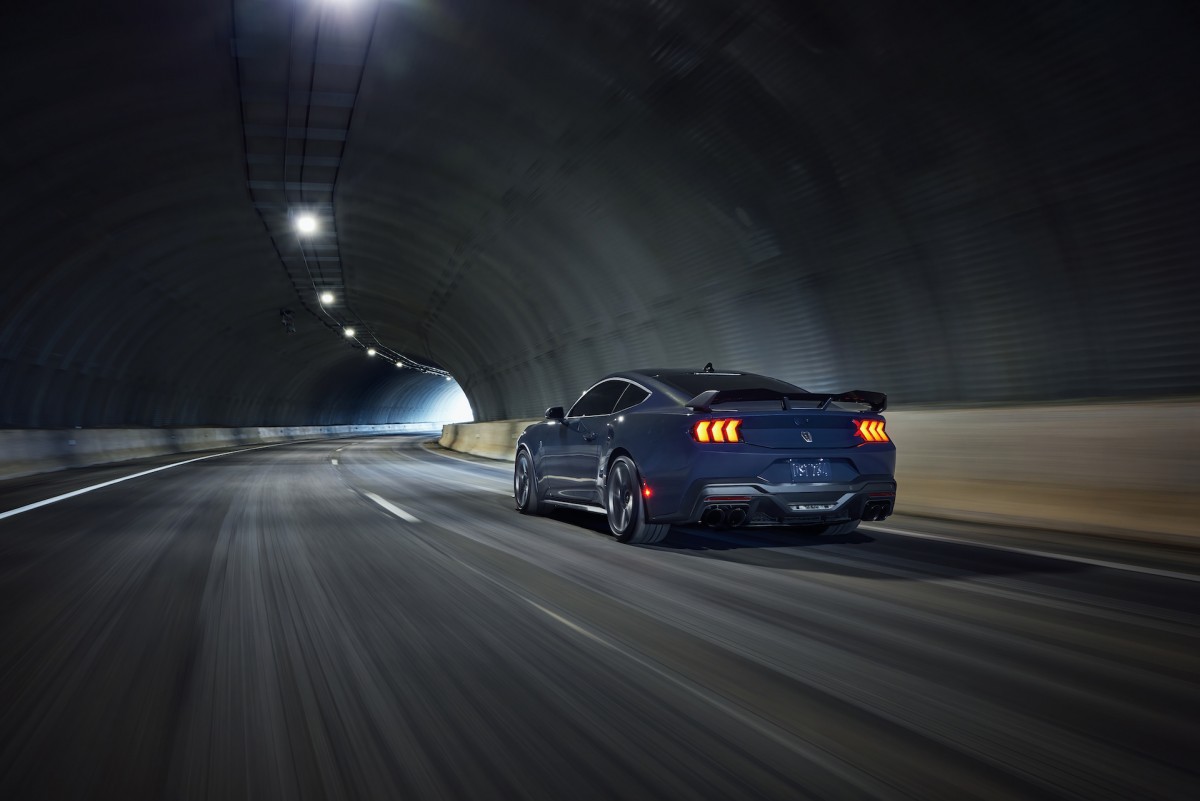 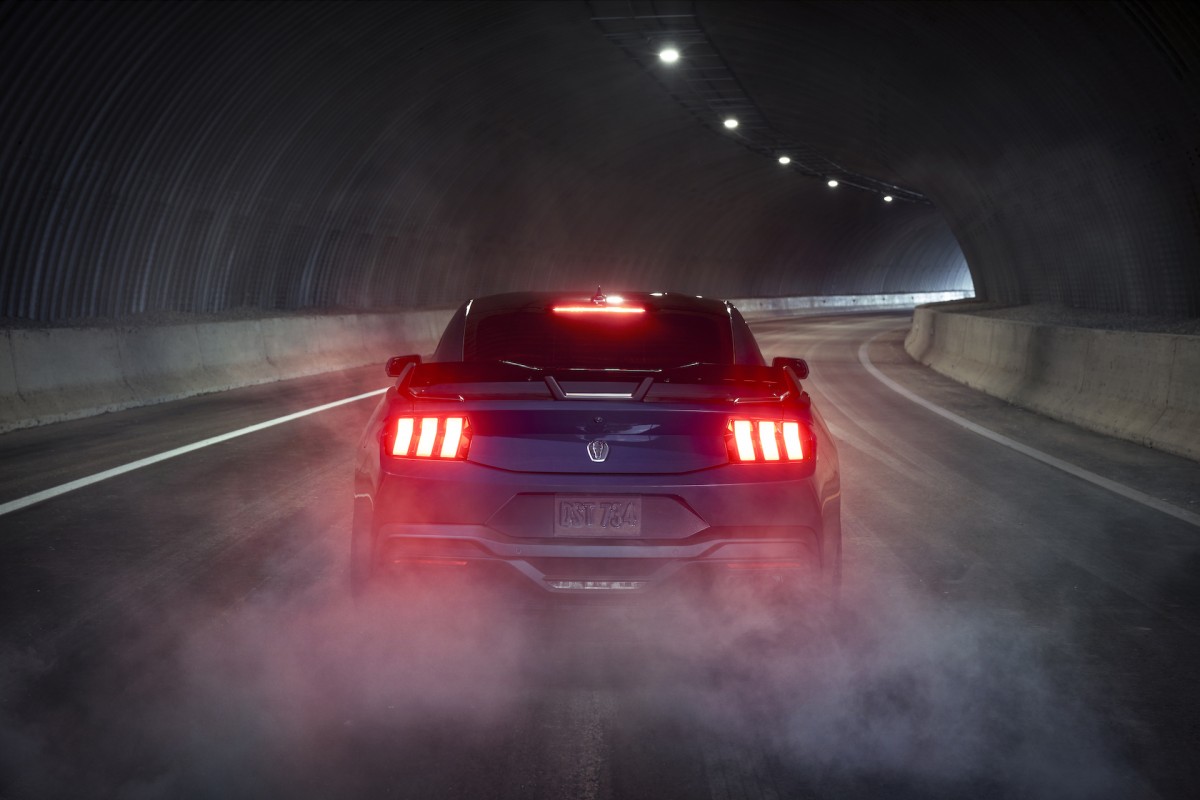 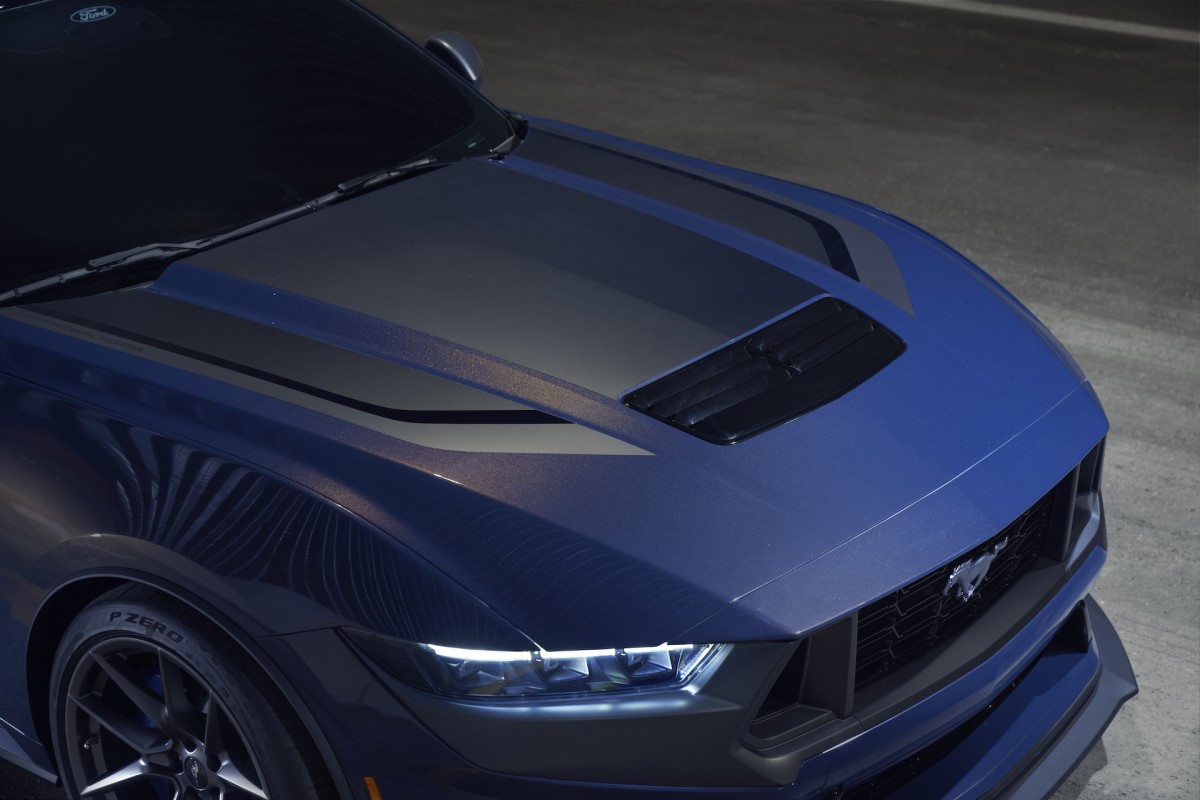 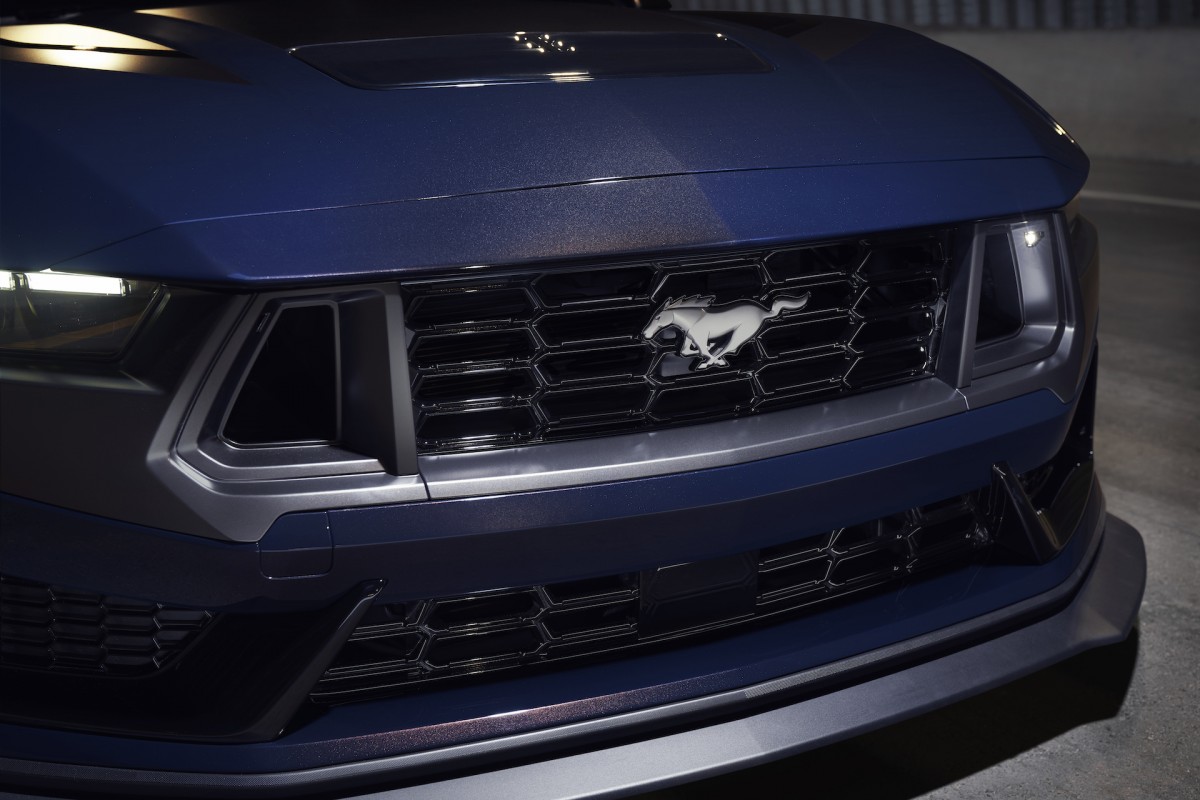 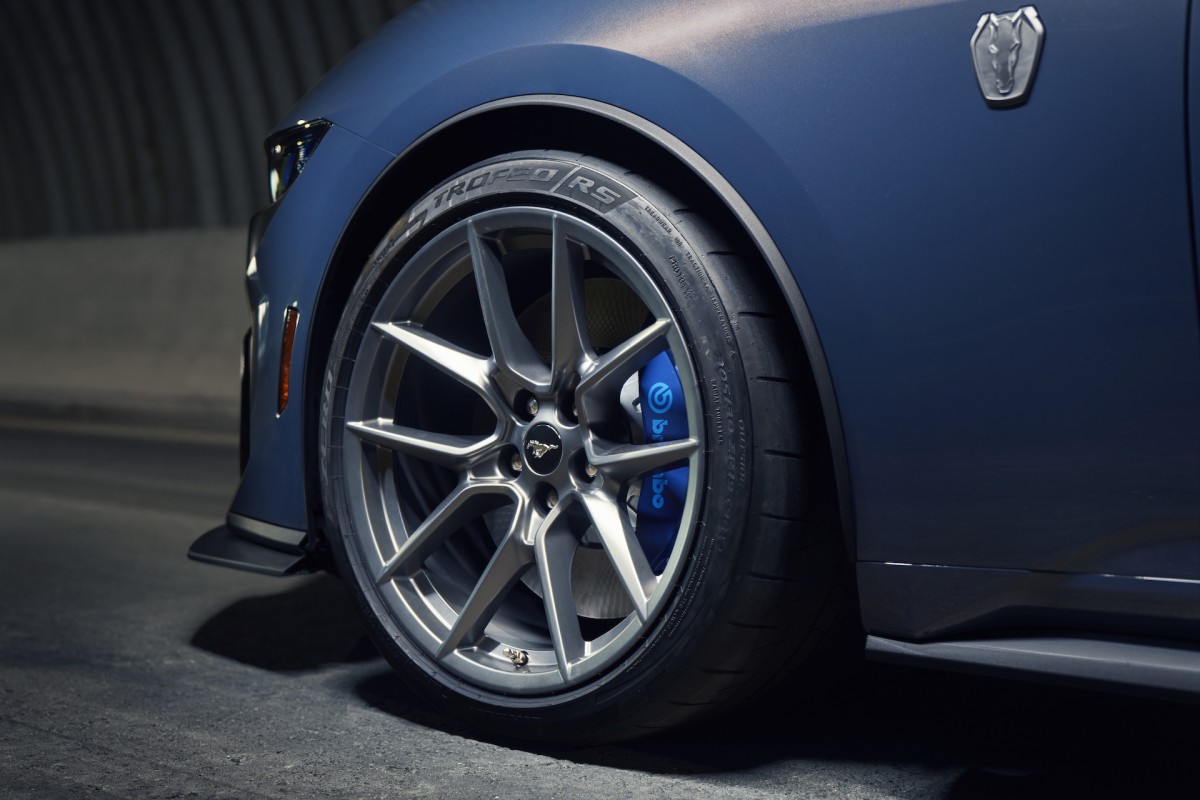 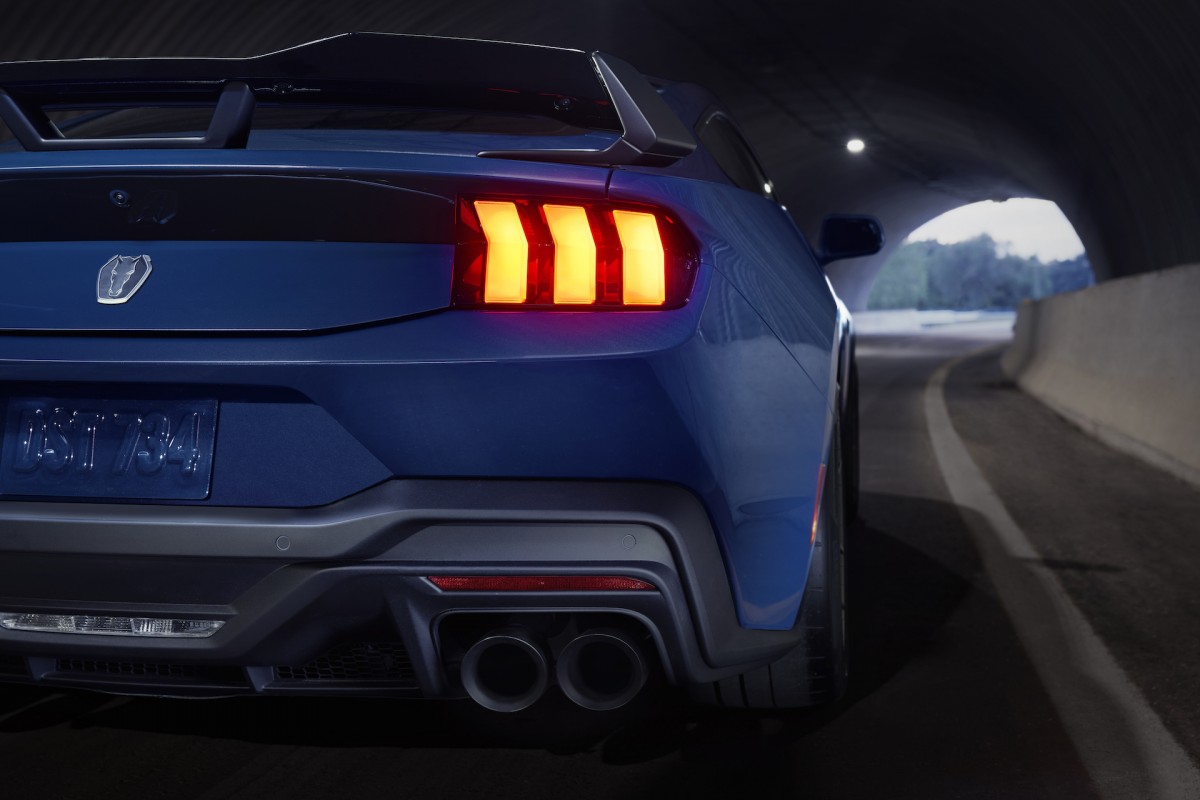