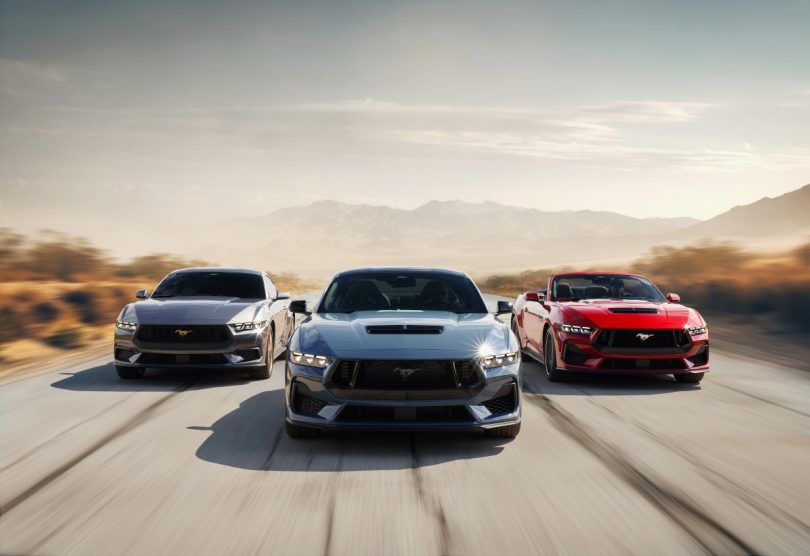 Ford has unveiled the all-new 7th generation Ford Mustang. The 2024 Ford Mustang will probably be the final muscle car the American brand will build using the template laid down by the original Mustang from 1964. We already have an EV SUV to have the Mustang moniker. So, it’s likely this could be one of the last ones that let you rev its V8 engine.

The 7th generation Ford Mustang is an important one for the brand as it is the first new Mustang in 9 years. Ford revealed the 7th-gen model at the 2022 North American International Auto Show (NAIS) in Detroit.

On the outside, the styling is not a major departure from the old one. However, there are a lot of interesting new details. The design inspiration for the 7th generation comes from the old 1964 to 1970 Mustang models. The codename for the 2024 Mustang is ‘S650’ and is instantly recognisable as a Mustang. The 2024 Ford Mustang gets new Tri-Bar LED headlights at the front and wider wheel arches at the rear. Like always, Ford will offer the Mustang as a fastback as well as a convertible. The brand says the fastback now has a longer roofline which helps for easier ingress while wearing a helmet.

Ford has also made changes to help distinguish the V8-powered GT models from the EcoBoost ones. The V8 GT gets a new front-end design. Changes include a three-section split in the upper portion and bigger lower intakes to feed the V8. Additionally, it also gets new hood vents and a redesigned front splitter.

The EcoBoost models will ride on 17-inch wheels, while the V8 GT Mustang will come with 19-inch wheels. Ford will also offer 20-inch wheels as an option. In addition, Ford also offers a Bronze Design Series for both models. The appearance package adds Sinister Bronze wheels and badges. Other options include 3 colour options for its Brembo brake callipers and a total of 11 exterior colour options with new stripe colours and designs.

The changes to the inside of the 2024 Mustang are more significant than on the outside. While the exterior tries to retain its retro appeal, the interior is thoroughly modern. The 7th generation Mustang gets a high-resolution 12.4-inch digital instrument cluster. The display now meets a new 13.2-inch SYNC 4 touchscreen infotainment display and is under one glass screen. This setup clearly reminds us of the new BMWs. The standard models get cloth seats, while the Premium models add contrast stitching on the instrument panel and door trims. On the other hand, the GT models get leather seats.

The new design is a stark departure from previous Mustang interiors. However, it does bring the 2024 Mustang up to date. Ford also uses the Unreal Engine 3D technology. Hence the graphics are sharp and clear and look like they’ve come out of a video game. There are still some physical controls, but most of them have migrated to the touchscreen.

Other highlights include a new flat-bottom steering wheel, an optional wireless smartphone charging pad and a full suite of safety systems. The latter includes adaptive cruise control, Reverse Brake Assist, road sign recognition and more. Ford has also added USB ports above your head. This is so that you can attach track day action cameras and other data logging equipment to the windshield. Thus, you won’t have wires hanging around the cabin.

Ford has not made any major changes to the powertrain options of the 7th generation Mustang. This is both good and bad news. The bad news is there are no major changes. However, the good news is there is still a Mustang available with a naturally aspirated V8 and a manual transmission.

Ford has not disclosed any output figures for the 2.3-litre EcoBoost or the 5.0-litre V8 models. The brand did mention that the V8 now gets a dual air intake box and dual-throttle body which improves airflow. Furthermore, Ford also claims this V8 will be the most powerful standard V8 in a Mustang GT. Thus, it will most likely exceed the peak output of 466 PS and 569 Nm of the 2021 Mustang GT. On the other hand, the EcoBoost makes 314 PS and 476 Nm. Expect a modest bump in the EcoBoost’s figures as well.

There will be two transmission options available. The manual option is a 6-speed unit which also comes with Ford’s rev-matching software. Alternatively, customers can opt for the 10-speed automatic, which will likely be the more popular option. 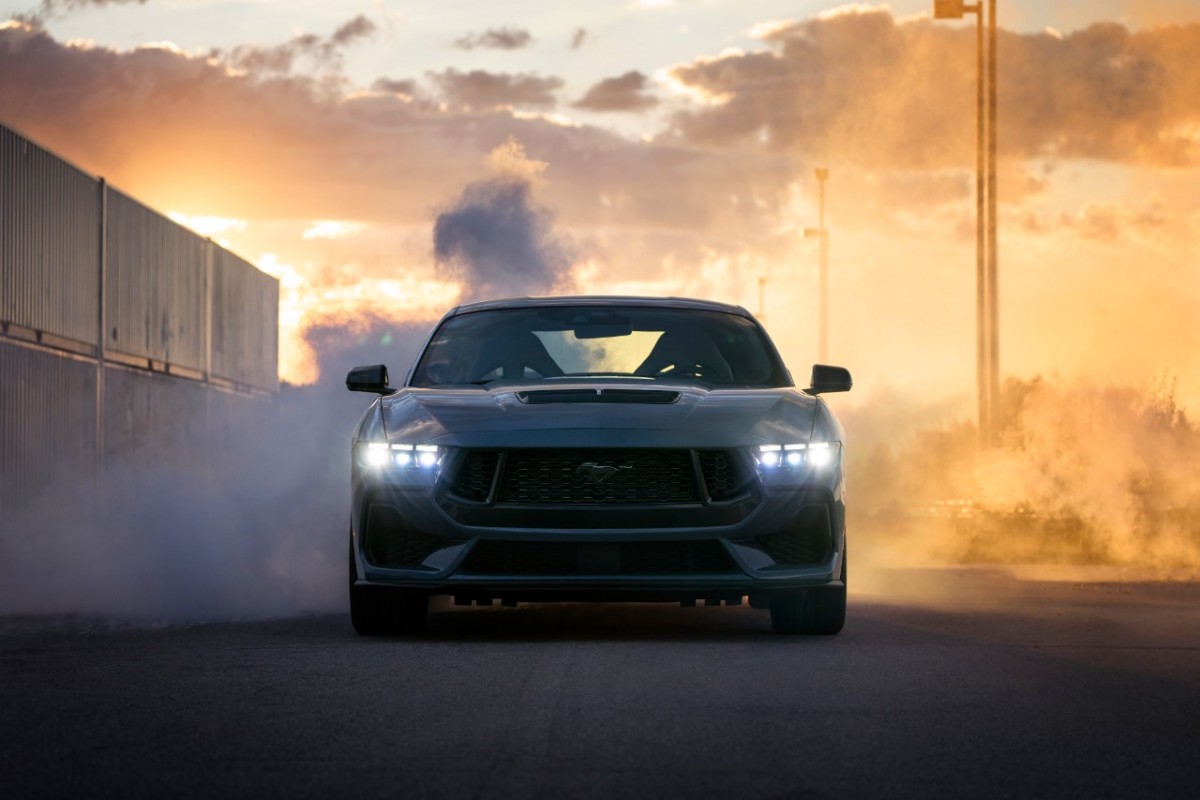 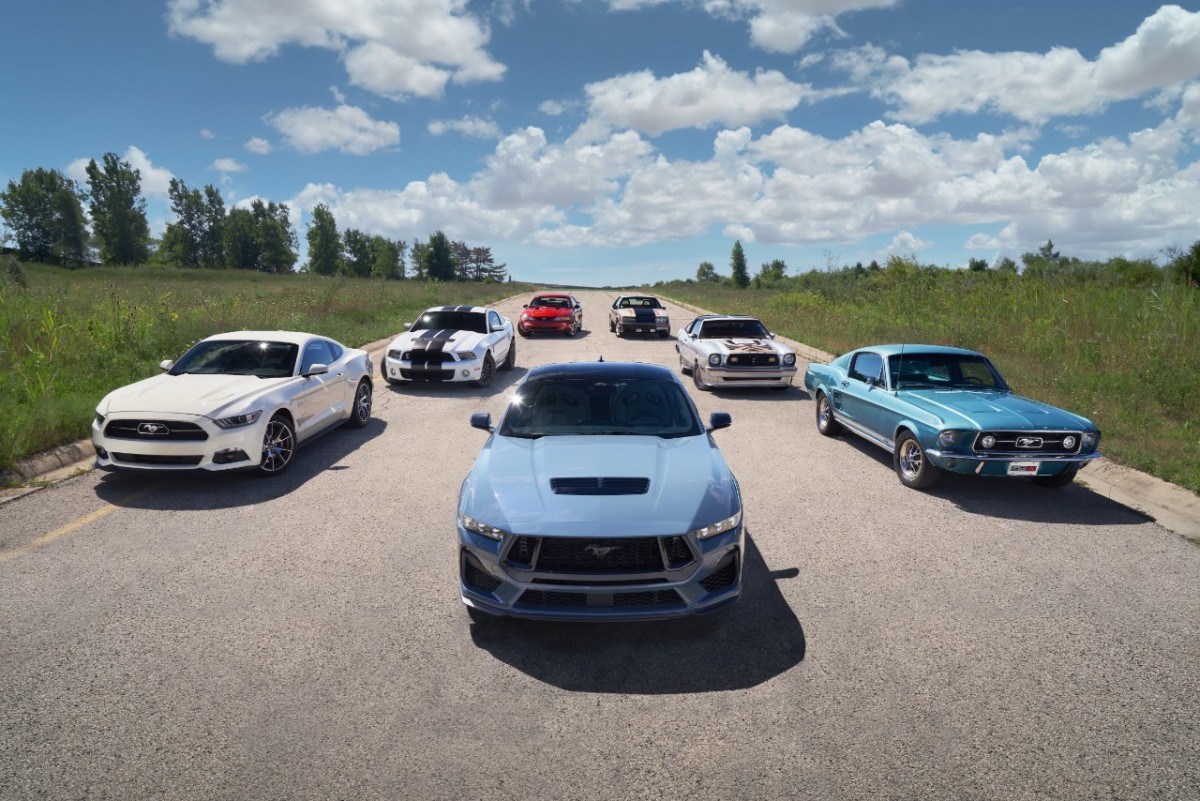 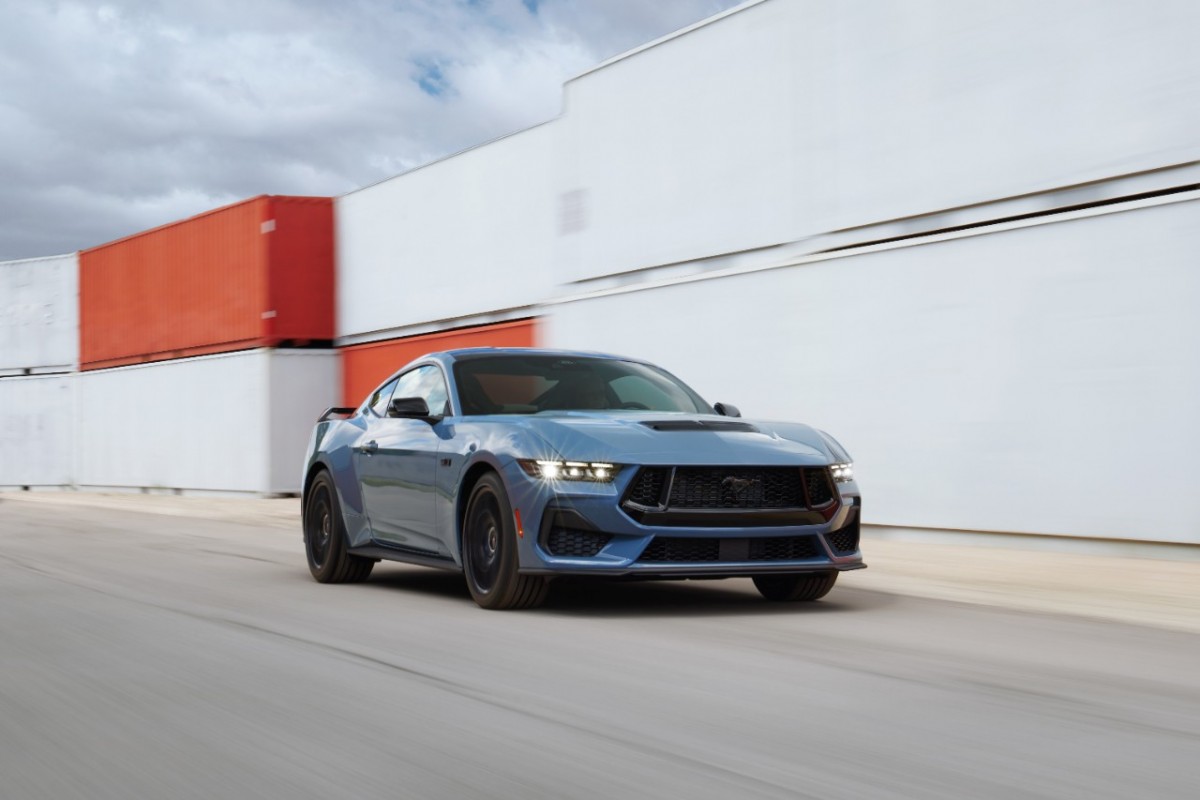 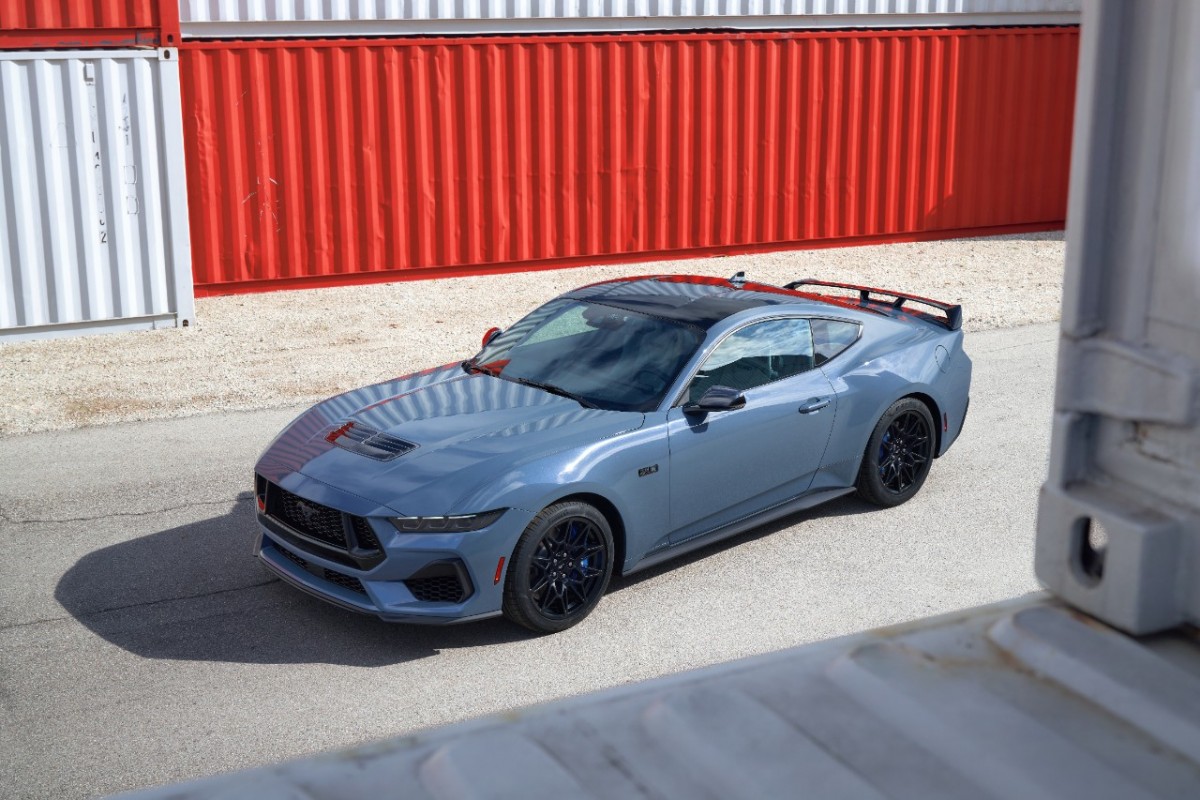 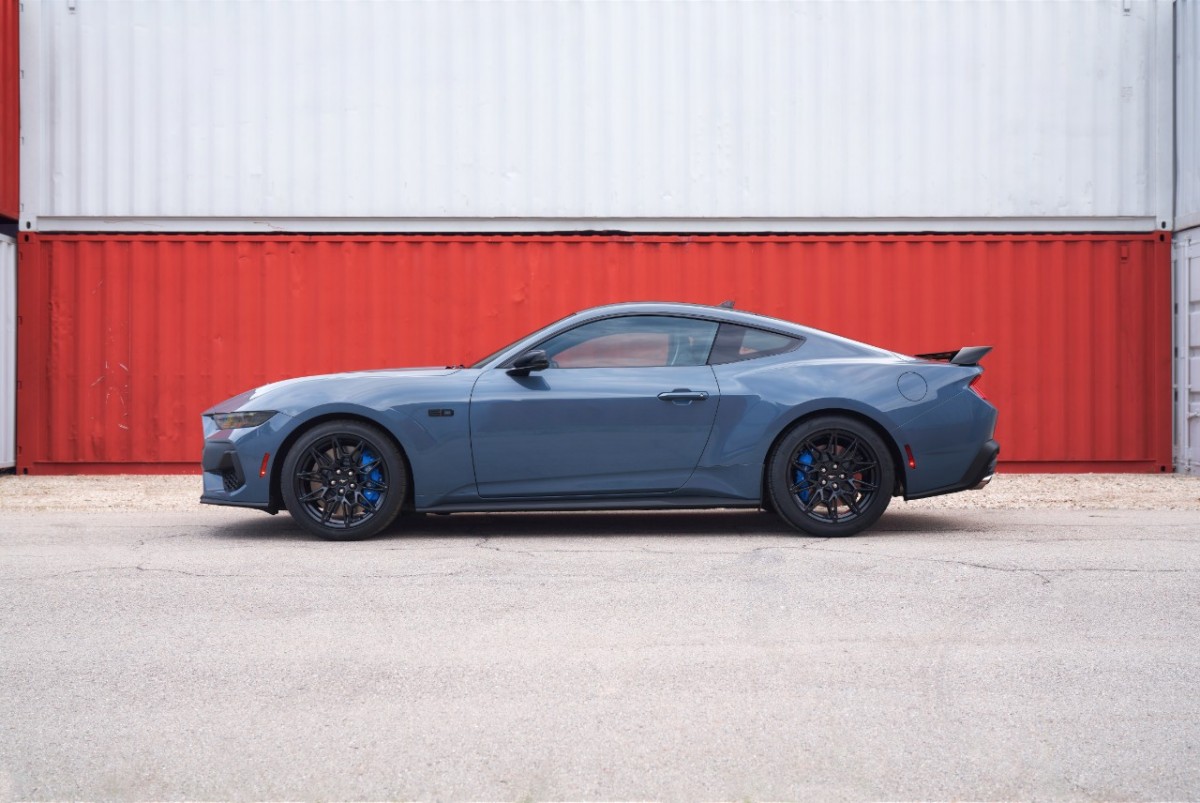 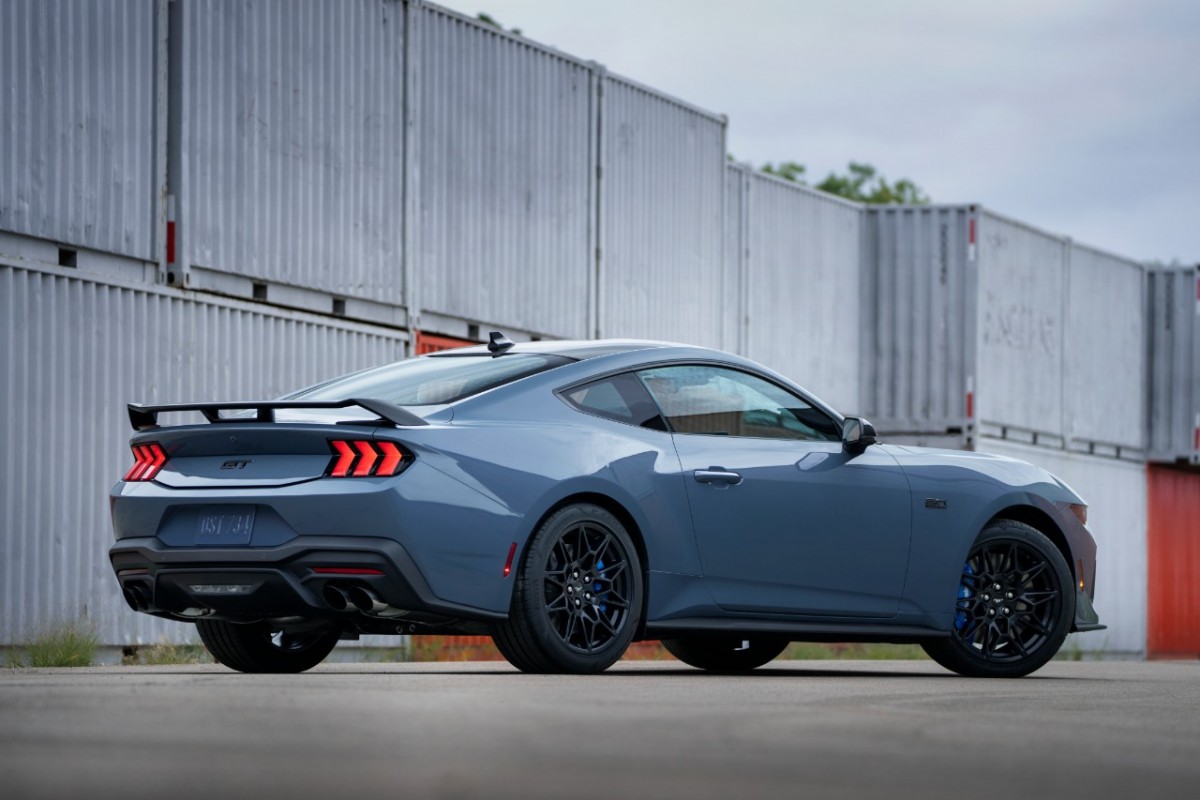 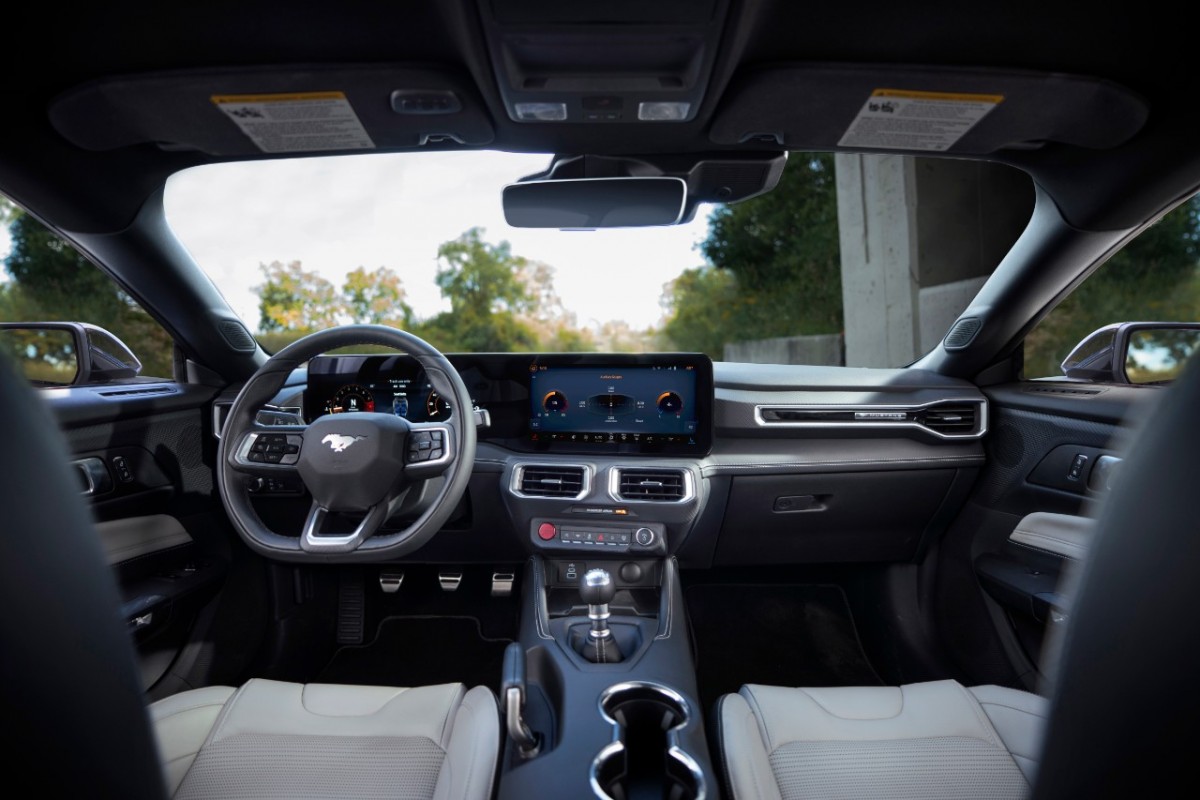 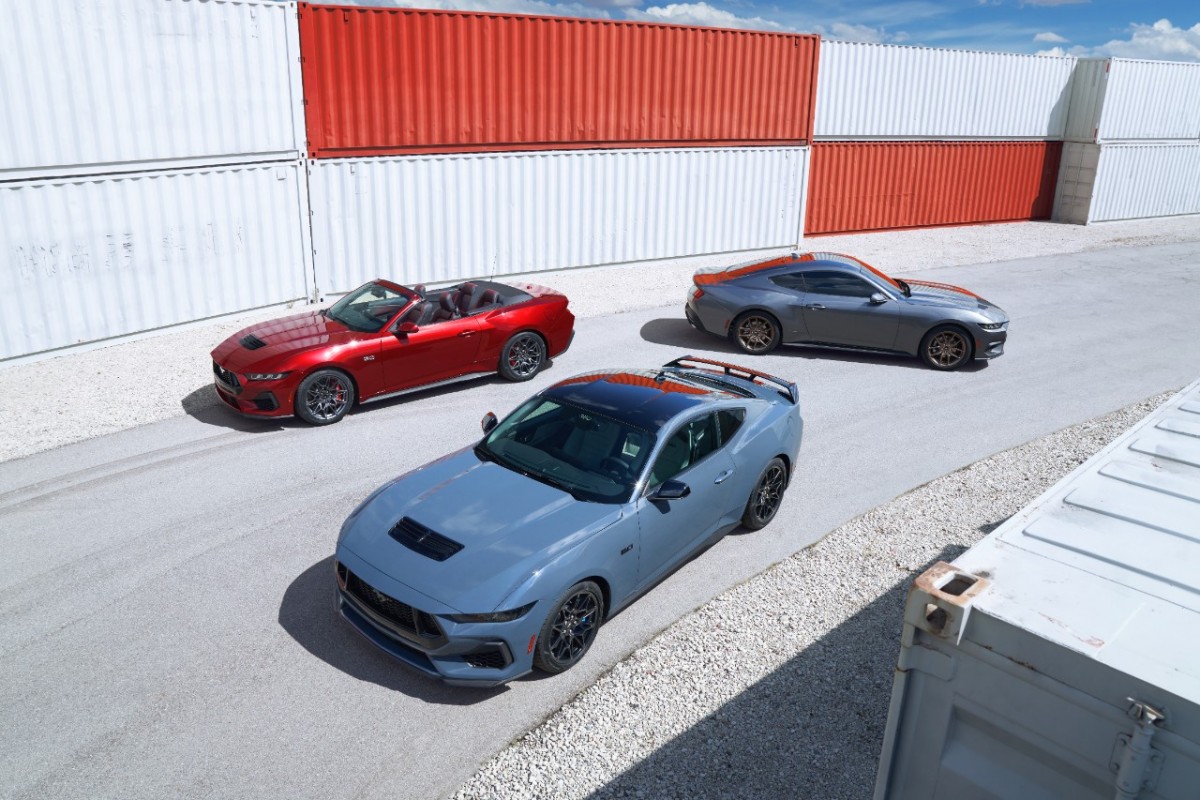 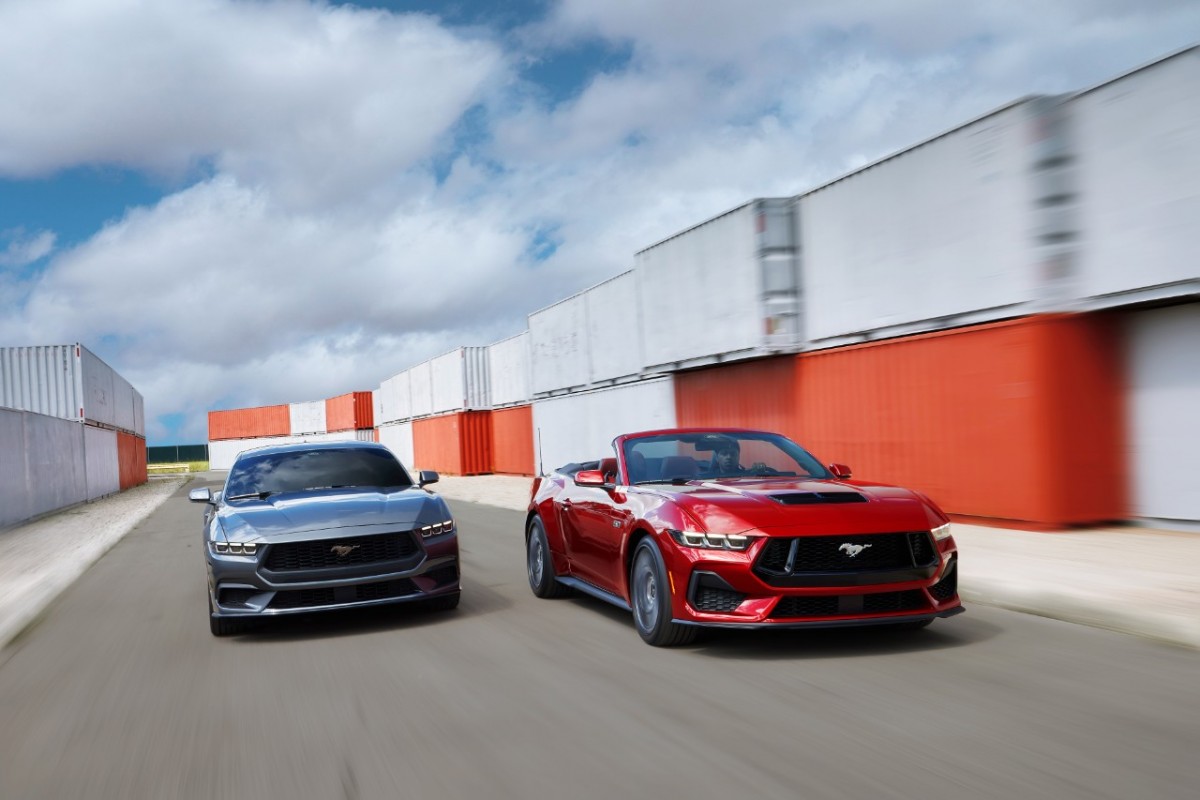 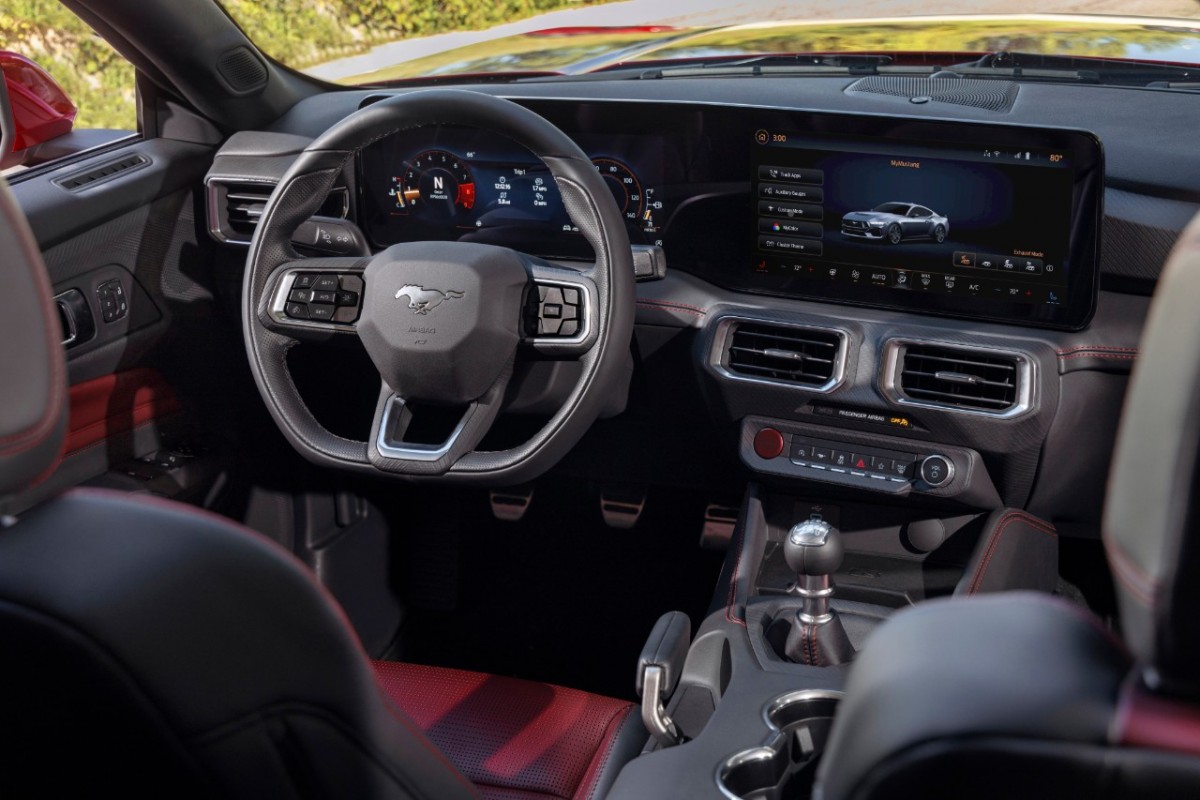 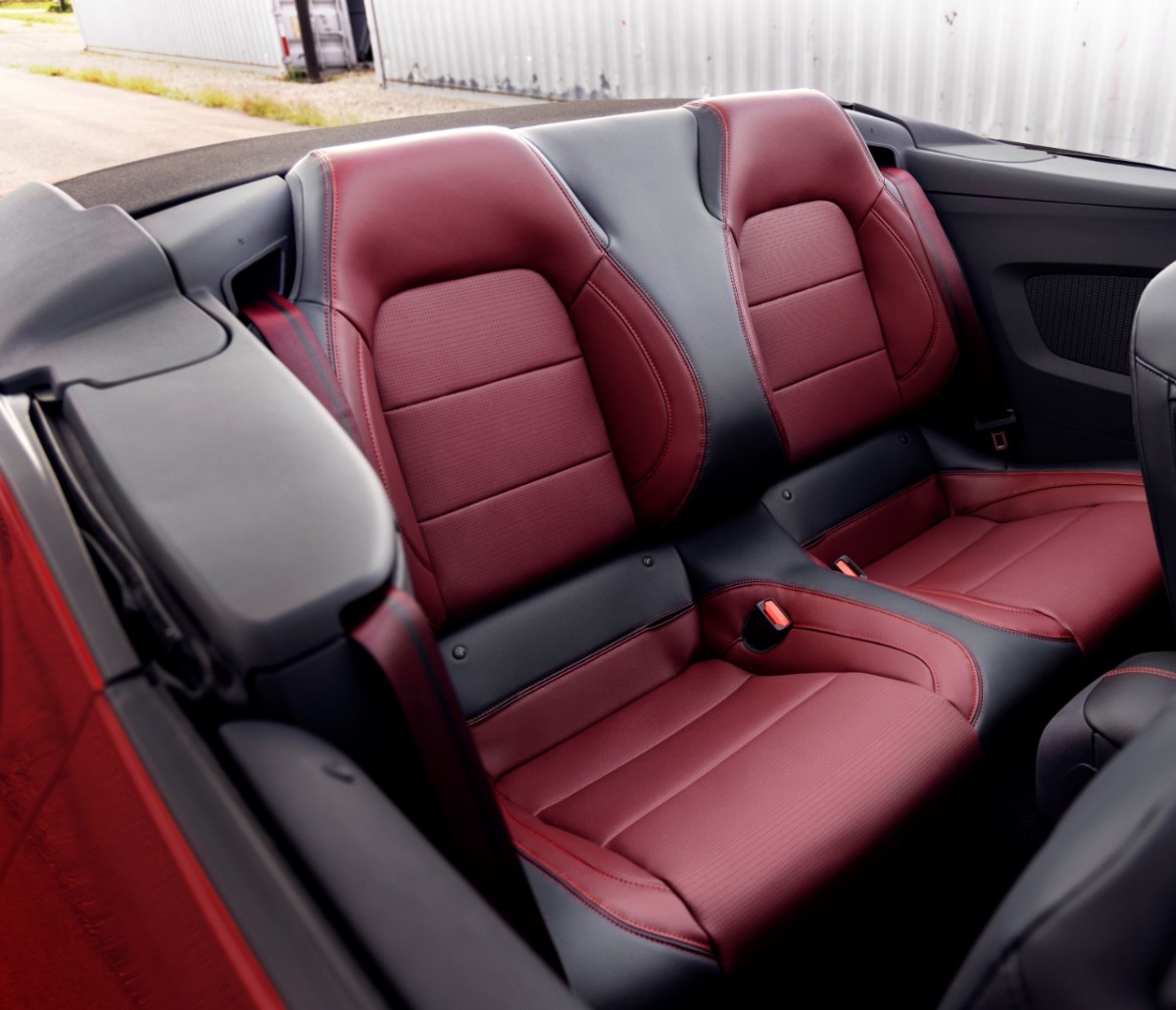