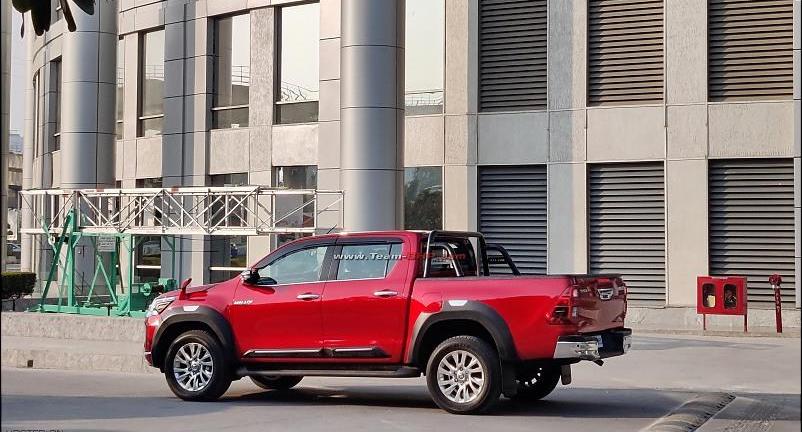 Toyota’s globally renowned pick-up truck, the Hilux, has been spotted in India with an expected launch in January 2022. The captured spy shots reveal the Hilux being driven around during an ad shoot in a double-cab variant. According to images, Toyota has also equipped the Hilux with accessories such as sunshades, chrome-covered mirrors, and a roll bar. If launched in India, the Hilux will compete with another lifestyle pick-up truck- the Isuzu D-Max V-Cross.

From the spy images, the upcoming Hilux features a butch front end bearing a slight resemblance to the Innova. The pick-up truck, as shown, features chrome around the front grille with LED DRLs, LED headlamps, and fender-mounted mirrors. Along with a sloping clamshell bonnet, the Hilux also sports fog lights on either side of the bumper.

The images also reveal the enlarged wheel arches on the sides of the pick-up truck along with chrome door handles. Towards the rear, the Hilux features a long storage bed with LED taillights, a chrome boot handle, and bumper garnish. Overall, from the spy shots, the pick-up truck seems to offer 18-inch alloy wheels with a tonne of off-road capability.

According to sources and reports, Toyota will offer the India-spec Hilux with two diesel options from the Innova and Fortuner. The 2.4-litre, four-cylinder turbo-diesel engine from the Innova produces 150 PS of power and 360 Nm of torque. Meanwhile, the 2.8-litre, four-cylinder, turbo-diesel motor from the Fortuner produces 204 PS of power and 500 Nm of torque. The India-Spec Hilux is likely to share the same platform and chassis as the Innova and Fortuner. With this setup, the Hilux sports an overall length of 5285mm and a wheelbase of 3,085mm.

The renowned Japanese automaker has recently announced that it will hike the prices of its cars from 1st January 2022. In India, Toyota Kirloskar Motor has stated that a revision of price for all its cars has become necessary. With this step, Toyota aims to compensate for the increased input costs and increased cost of raw materials. Toyota India has also provided reassurance to all its customers about the newly revised prices. 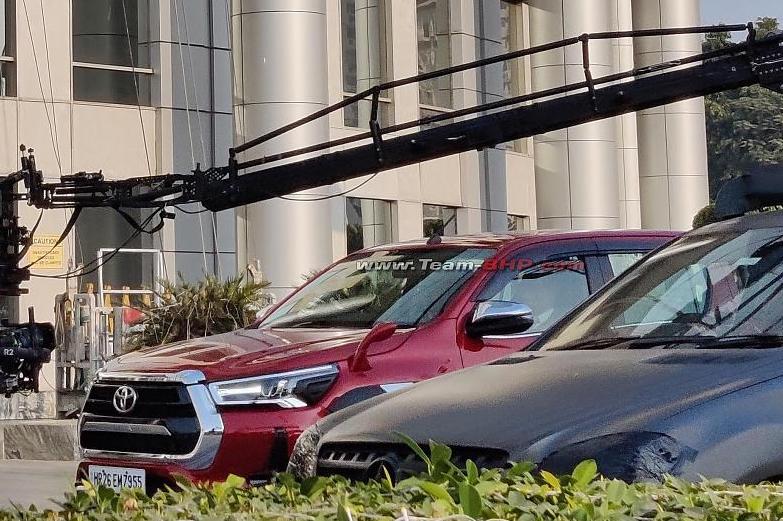 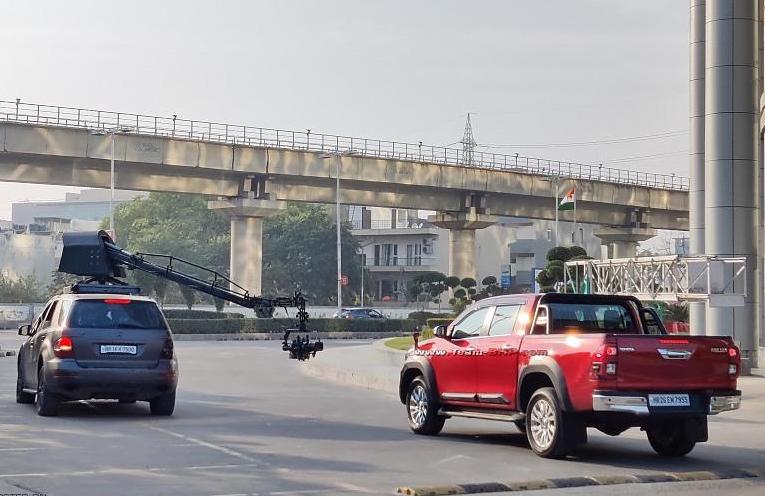