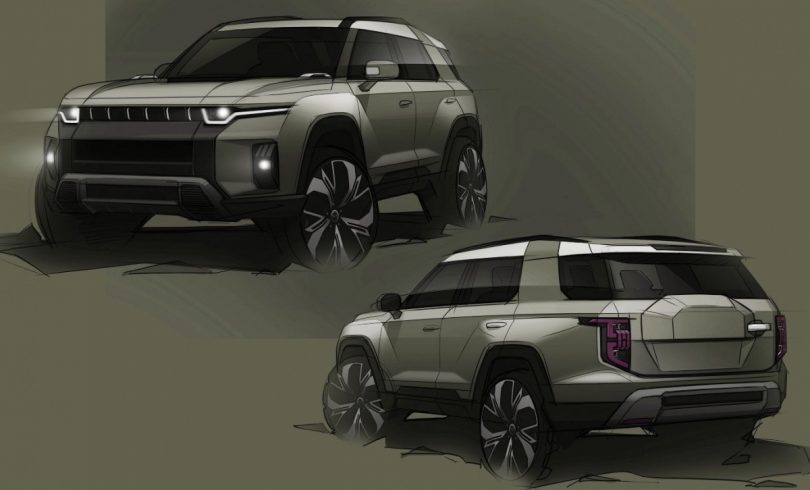 After teasing the E100 electric SUV, South Korean brand Ssangyong also unveiled another electric SUV design renderings, J100. The second battery-electric vehicle from the brand will go on sale in 2022 in the international market. In addition, the brand also plans to launch soon the Korando e-motion, which was earlier codenamed E-100. The electric SUVs from the brand focus on the future business strategy.

The new Ssangyong J100 Electric SUV comes with butch looks claiming to stay true to the brand’s unique design language and style. The Ssangyong J100 will be medium-sized with an authentic SUV styling. The J100 get vertical slats on the grille, a wide air dam and a chiselled front bumper. The Ssangyong J100 electric SUV boasts of offering strong and safe SUV traits. The brand reveals that the J100 will position itself below the Rexton SUV in terms of size. Design rendering show trapezoidal wheel arches and a floating roof design. The SUV also gets a prominent C pillar design and a chiselled tailgate. The J100 also features futuristic headlamps and taillamps.

Ssangyong has not yet announced the powertrain details of the J100, but speculations are that the J100 will come with Mahindra’s MESMA (Mahindra Electric Scalable Matrix Architecture) platform. The E-100 is speculated to come with LG Chem 61.5 kWh lithium-ion battery and a 190 Hp electric motor. The E-100 comes with 320 km of range on a single charge according to the WLTP cycle. The E-100 is also speculated to reach a top speed of 150 km/h. The J-100 is likely to come with either a similar or more powerful battery and power unit.

In December 2020, Ssangyong filed for receivership due to missed repayments of 135 million dollars. In August 2020, Mahindra & Mahindra, the largest stakeholder in the company, also started to pull out from the company. However, the brand plans to revive itself by launching the new electric SUVs until a successful Merger & Acquisition. Back in 2010, Mahindra rescued Ssangyong from near insolvency by investing 75% in stakes. 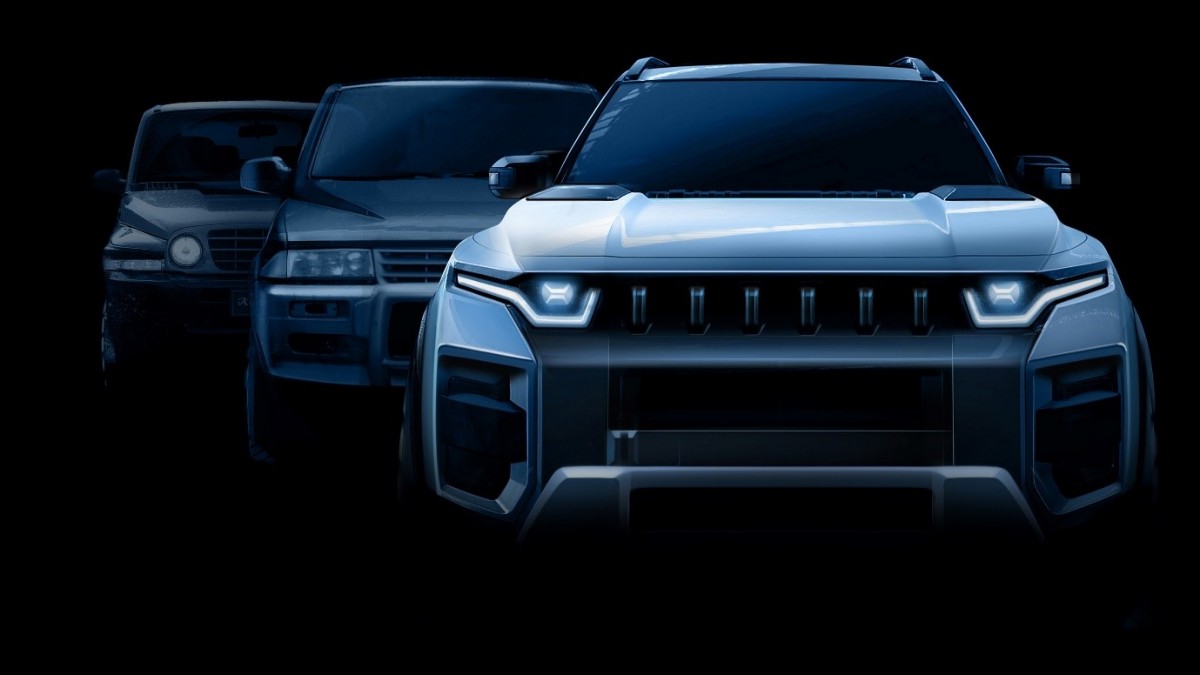