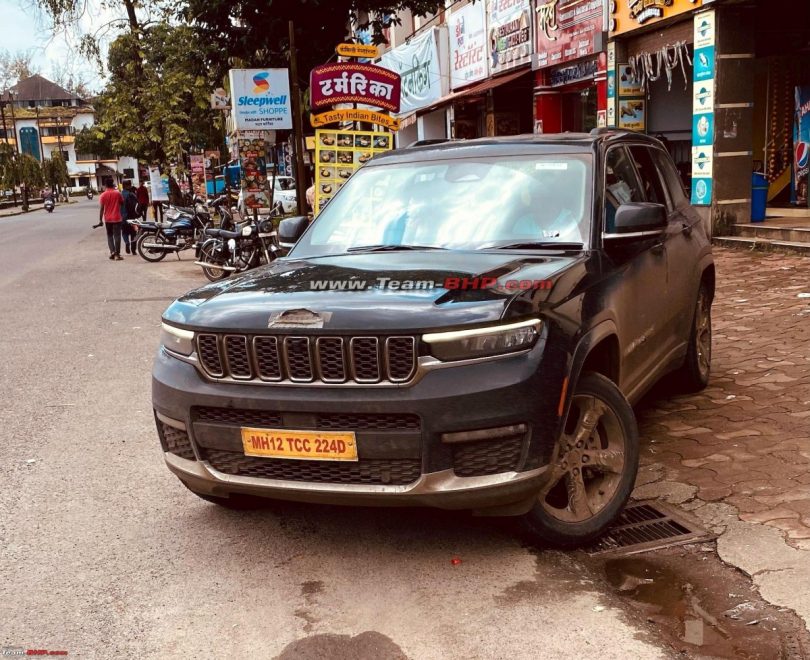 Jeep is serious about the Indian market, and it shows. After launching the 3-row Meridian and the Compass Trailhawk, the next launch will likely be the Grand Cherokee. Jeep will assemble the Grand Cherokee in India from imported CKD kits at its Ranjangaon plant.

The ‘Made-in-India’ Grand Cherokee will initially cater to the domestic market. But, Jeep could also export the Grand Cherokee to other RHD markets, similar to the Compass. Interestingly, outside of North America, India is the only country where Jeep will locally assemble the Grand Cherokee.

2022 Jeep Grand Cherokee Spotted – What Do We See?

There’s no visible branding, but the Jeep 7-slat grille is unmistakable. However, the lack of branding means we don’t know what’s under the hood of these test mules. Compared to the Meridian that we can see in one of the pictures, the Grand Cherokee has an upright fascia and a similar 7-slat grille but with slimmer LED headlights. Given its positioning, even the 2-row Grand Cherokee looks larger than the 3-row Jeep Meridian.

In February 2022, Jeep India confirmed that the American brand would bring the Grand Cherokee to our shores. In the international markets, the Grand Cherokee is available with multiple powertrain options. These include a 3.6-litre Pentastar V6 petrol with 290 PS of power and 348 Nm of torque and a 5.7-litre HEMI V8 with 357 PS and 528 Nm of torque. Both engine options come mated to an 8-speed automatic gearbox.

In addition to this, there is also a PHEV version of the Grand Cherokee with a 4xe powertrain. It uses a 2.0-litre 4-cylinder turbo-petrol engine with dual electric motors and a lithium-ion battery pack. The Grand Cherokee PHEV delivers 375 PS of power and 637 Nm of torque. Jeep claims it has an electric-only range of 40 km and a total driving range of 712 km.

When it makes its way to India, it will come with Jeep’s Quadra-Lift air suspension, Quadra-Trac 4×4 system and Selec-Terrain traction management system. There will also be the Quadra-Drive II active transfer case with an electronic limited-slip differential and a system to disconnect the sway bar.

On the inside, the Grand Cherokee will come with a 10.1-inch touchscreen infotainment system, a digital instrument cluster, a large panoramic sunroof, a Head-Up Display, a powered tailgate and more. 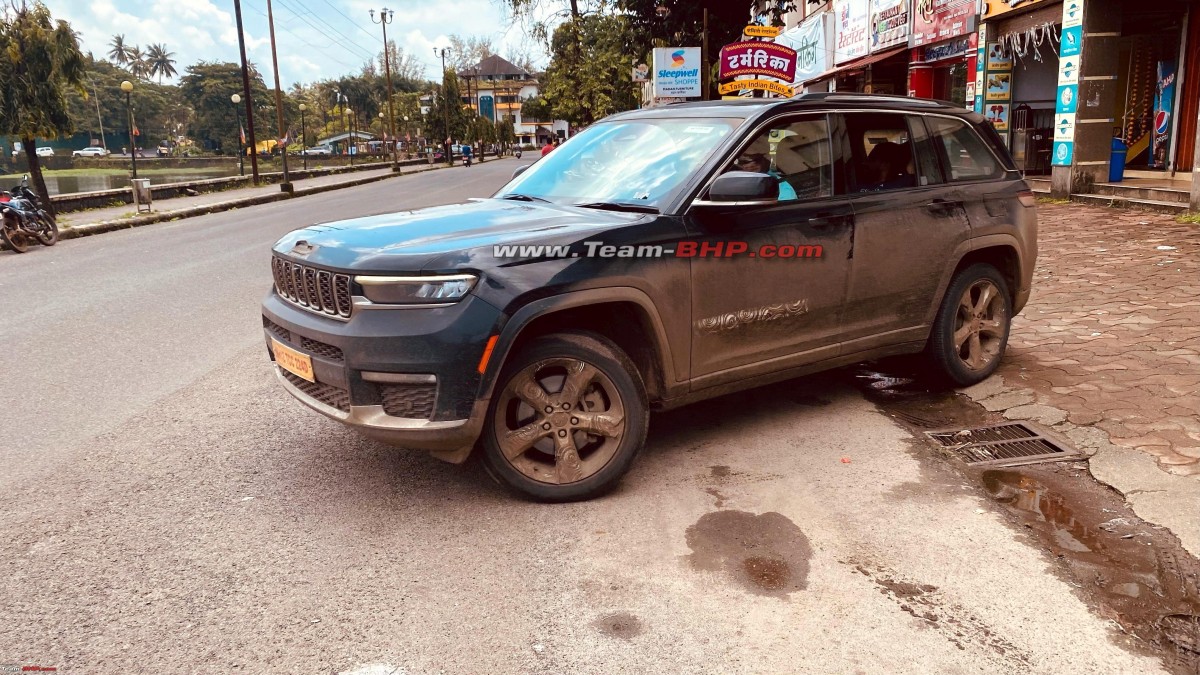 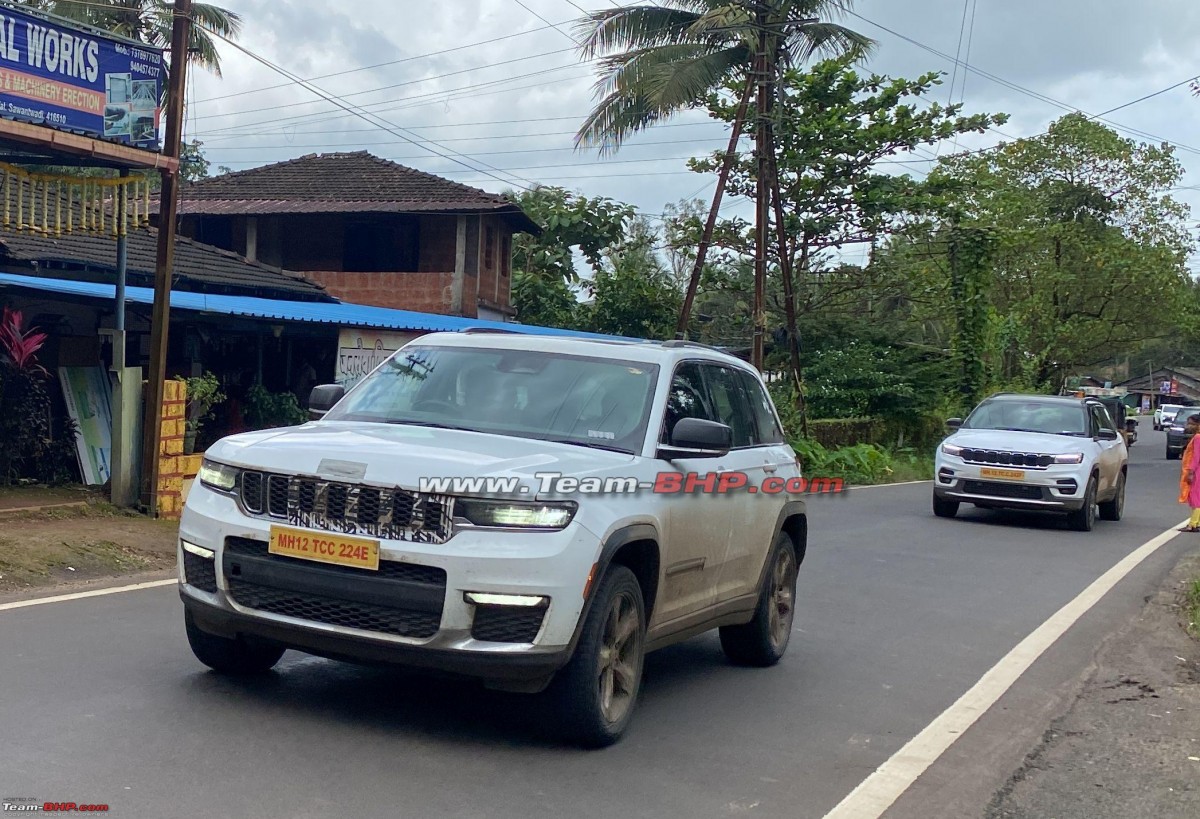 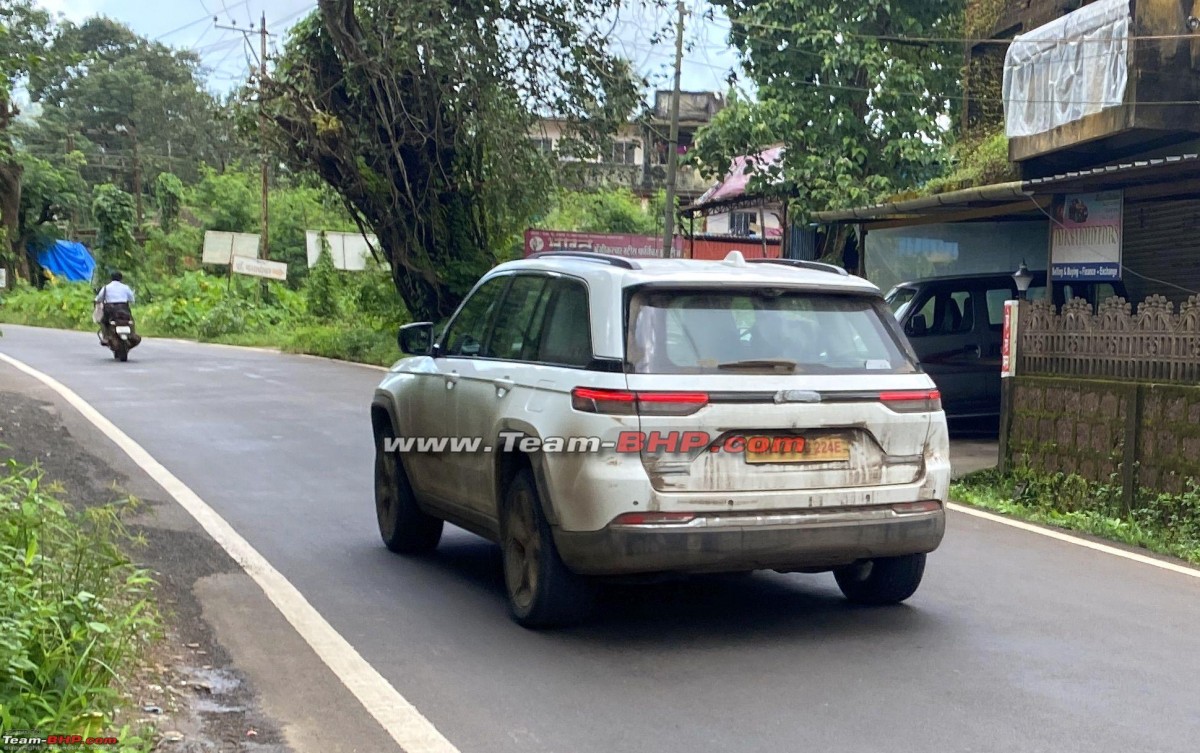 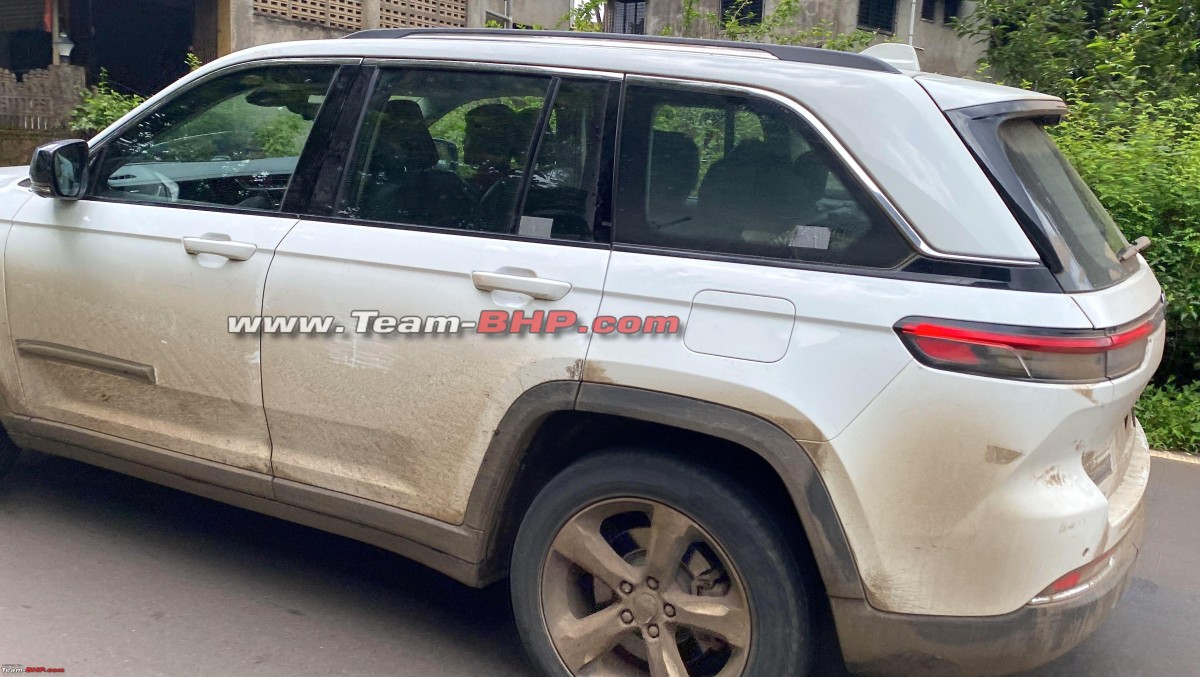