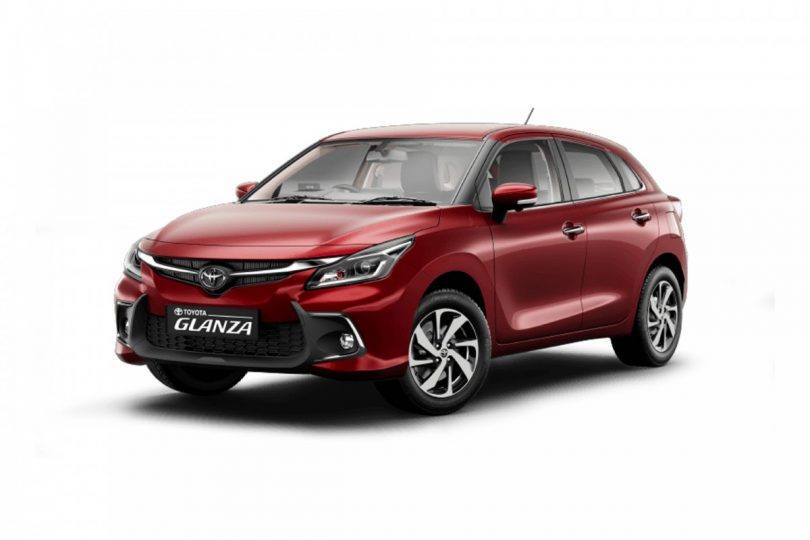 Initially, there were some reports claiming Toyota was working on a CNG option for the Glanza premium hatchback. We now have the model’s specifications and variant details. This has been revealed through the release of a Type Approval Certificate by the Delhi RTO. Having said that, we understand its launch is right around the corner. Thus, if all this goes through, Toyota Glanza could become the first premium hatchback to get a CNG option in India.

We believe Toyota will most likely offer the CNG option in the Glanza’s top three trims: S, G, and V. The entry-level-spec ‘E’ grade will miss out on the CNG powertrain. The positive part is that Toyota will offer the alternative fuel option in the top variant with all the bells and whistles. We have seen multiple times where the CNG options often miss out on some features, as with other carmakers.

Talking of the mechanicals, the Glanza CNG will use the same 1.2-litre DualJet petrol engine. The performance output figures read as 77PS in CNG mode. Thus, there’s a drop of 13PS from the petrol mode. The Glanza CNG will get only a five-speed manual transmission. Therefore, customers looking to get the AMT option will have to look at the petrol-only variants.

With the festive season around the corner, Toyota could announce the prices of the Glanza CNG during that time. As far as the pricing goes, the CNG trim will command a premium of around INR 1 lakh over the Glanza S MT. This particular variant currently retails at around INR 7.48 lakh (ex-showroom).

As of now, the Toyota Glanza CNG doesn’t have any direct competitors at launch. However, with the price range, customers will have other options like the Maruti Suzuki Dzire CNG, Hyundai i10 Grand Nios CNG and the Tata Tigor CNG. 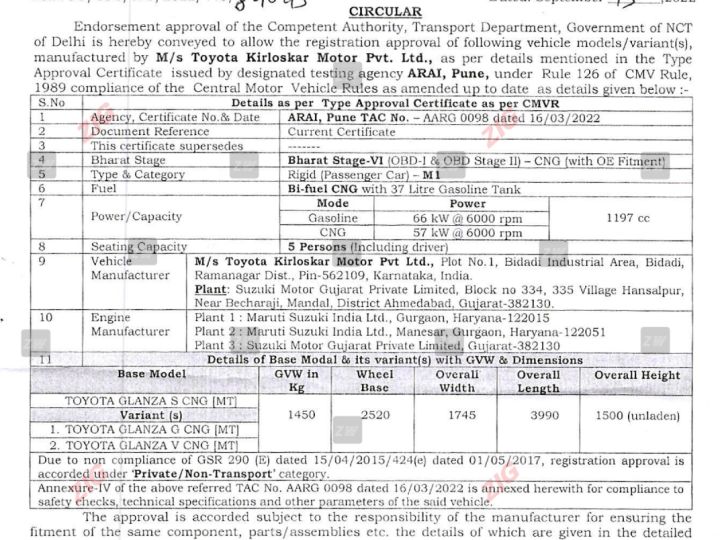