Revolt Motors does it again. The RV400 received a sumptuous response in pre-booking response for the third time in a row. The bookings for the RV400 were reopened across 70 cities. Revolt Motors has confirmed that they will start with the deliveries for these booked motorcycles beginning from January 2022. The company has mentioned that they have revamped their production to meet the demand. Electric two-wheelers are getting increasingly popular in the country. Given the rise in fuel prices, customers are more than willing to swap their ICE engines with EV counterparts. Recently, a lot of new EV companies have also mushroomed across the country, which in turn is helping expand the charging network and infrastructure.

The motorcycle gets a 72V 3.24 kWh Lithium-Ion battery. The equipped motor is a 3 kW electric power unit that has the capability to propel the motorcycle to a top speed of 85 kmph. The chassis gets the support of Upside Down (USD) forks up-front and a fully adjustable mono-shock at the rear. The performance figure of the RV400 stands at 54 Nm of torque and 5 kW of power. The motorcycle can charge from 0 to 75 per cent in under 3 hours.

In terms of features, Revolt RV400 is a no slouch either. The motorcycle gets connectivity features such as bike locator/Geo-fencing, customised sounds, complete bike diagnostics, battery status, riding statistics and more. There’s also an option of locating the nearest Revolt Switch Station to swap your Revolt’s battery. And Revolts claims that this won’t take more than 60 seconds. To add to the convenience and excitement, Revolt is offering three riding modes. These are Eco, Normal and Sport. Customers get a total of 3 colour options. These are Cosmic Black, Rebel Red or Mist Grey.

Revolt recently opened its first retail outlet in Bengaluru. And with this, Revolt has its presence in 7 cities. The other six are Delhi, Pune, Ahmedabad, Hyderabad, Chennai and Mumbai. And as per plans the company aims to add its retail outlets to other cities pretty soon. 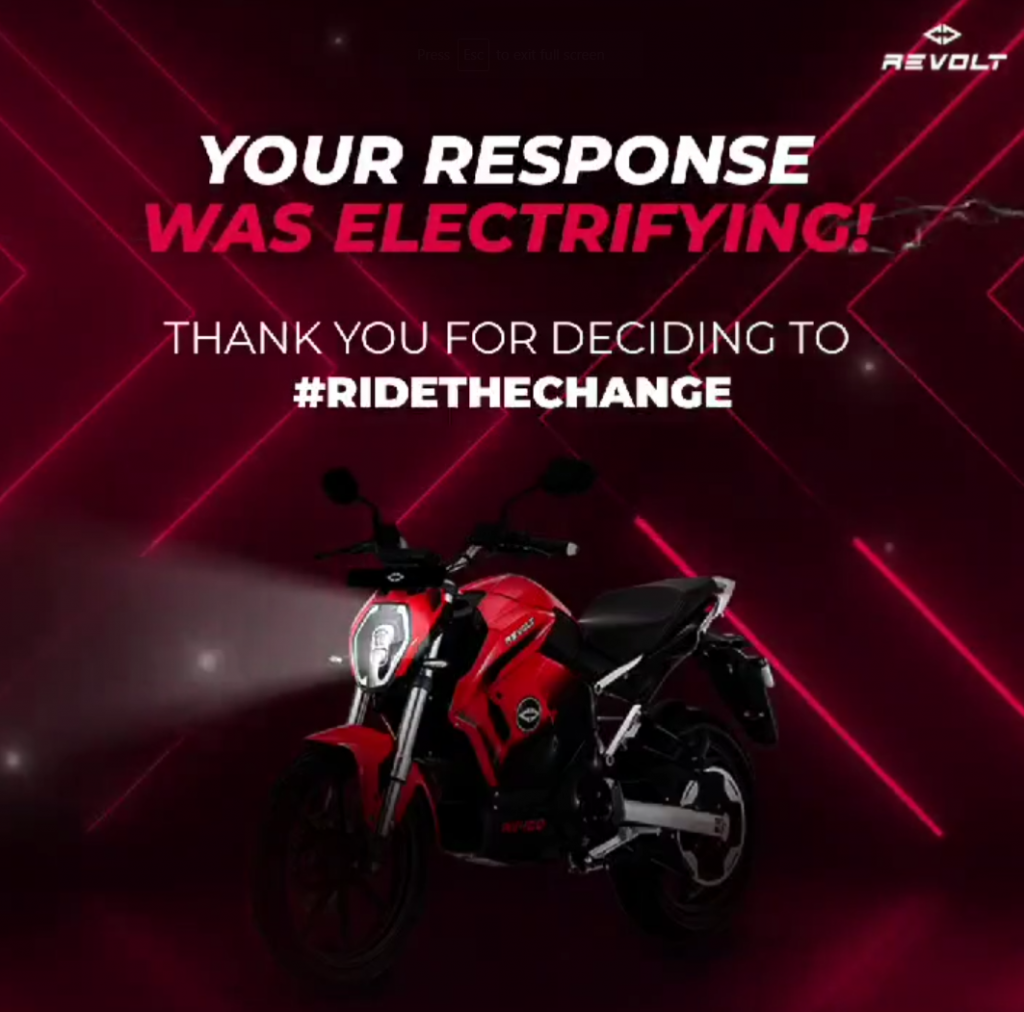