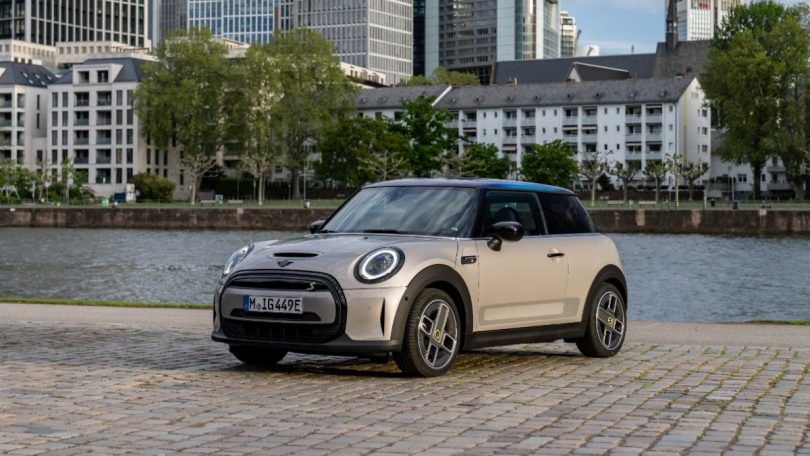 Mini Cooper electric is all set to arrive in India. The carmaker has released a teaser on social media that suggests that the launch of Mini Cooper Electric is just around the corner. Electric vehicles are getting increasingly popular in the country. More automotive companies are getting involved in the e-mobility segment. This includes both mainstream passenger vehicle manufacturers and luxury car manufacturers.

This electric version of the car was first unveiled in India in February 2021. And it was planned to hit the market by March. But then the second wave of Covid-19 happened, and this further delayed the launch. We still do not have the exact launch timeline as of yet, but it seems the days are not far until we get to see the Mini Cooper Electric. The car will most likely arrive in India via the CBU route.

The overall silhouette of the hatchback remains pretty much the same. But, there are some subtle derivatives. The most noticeable one is the faux front grille. Mini is also offering a new colour scheme with the electric version, which is Rooftop Grey and Island Blue. Mini continues with Cooper’s trademark iconic round headlamps with integrated circular LED DRLs. Another striking difference is the alloy wheels. Mini is using a new 17-inch corona spoke dual-tone alloy wheel design with yellow-coloured rims that add to the drama.

Mini Cooper Electric gets a floor mounted 32.6 kWh battery pack that sits relatively low to the ground. This helps lower the centre of gravity, which aids in the handling and stability at high speeds. As per the WLTP cycle, the driver can travel up to 234 kilometres on a single charge. The electric powertrain has performance figures as 184 BHP and 270 Nm of torque. This is enough to propel the car from 0 to 100 kmph in just 7.3 seconds.

Being a MINI, we can expect the car to come with all the bells and whistles. Key features include adaptive LED headlights with a matrix function for high beam, heated steering wheel, a Harman Kardon music system, Head-Up Display, wireless phone charging and more. Like the ICE Mini Cooper, the electric version will also get an oval-shaped instrument console. 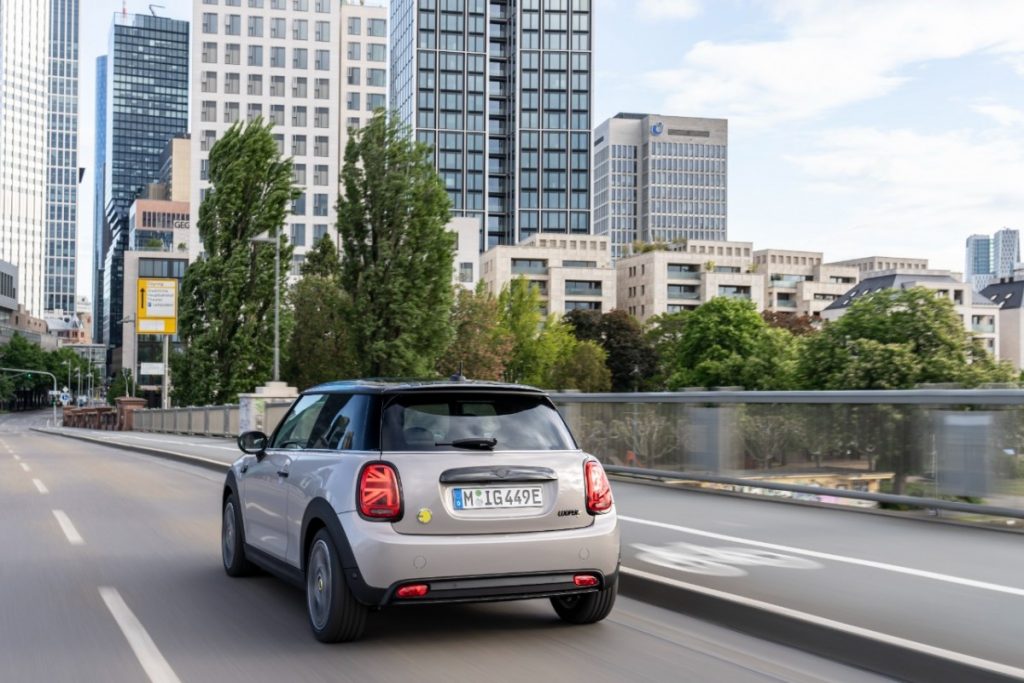 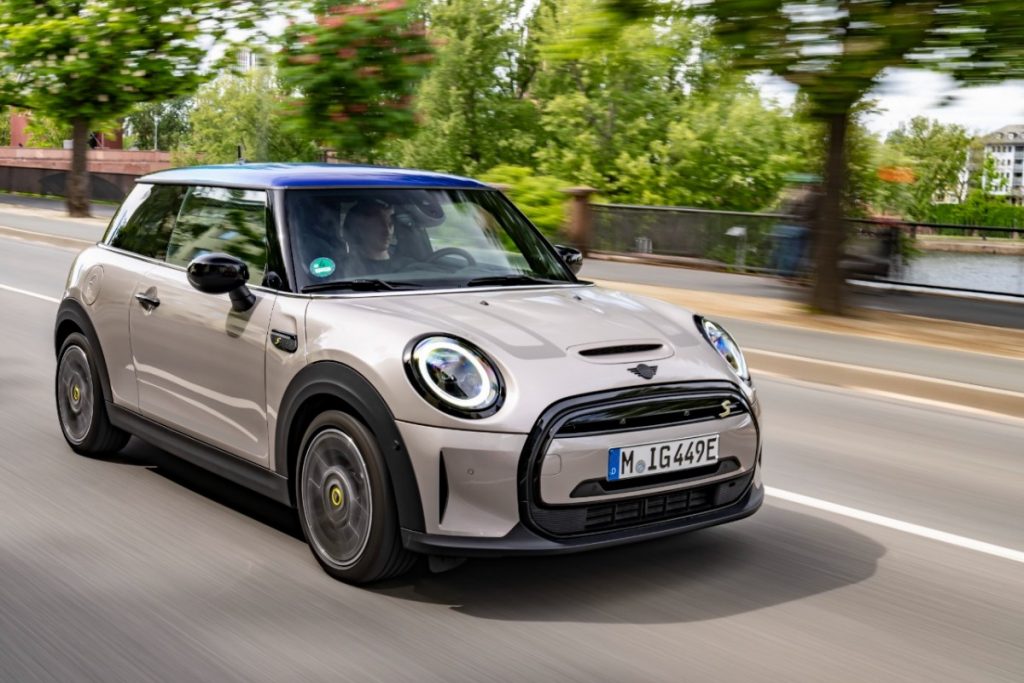 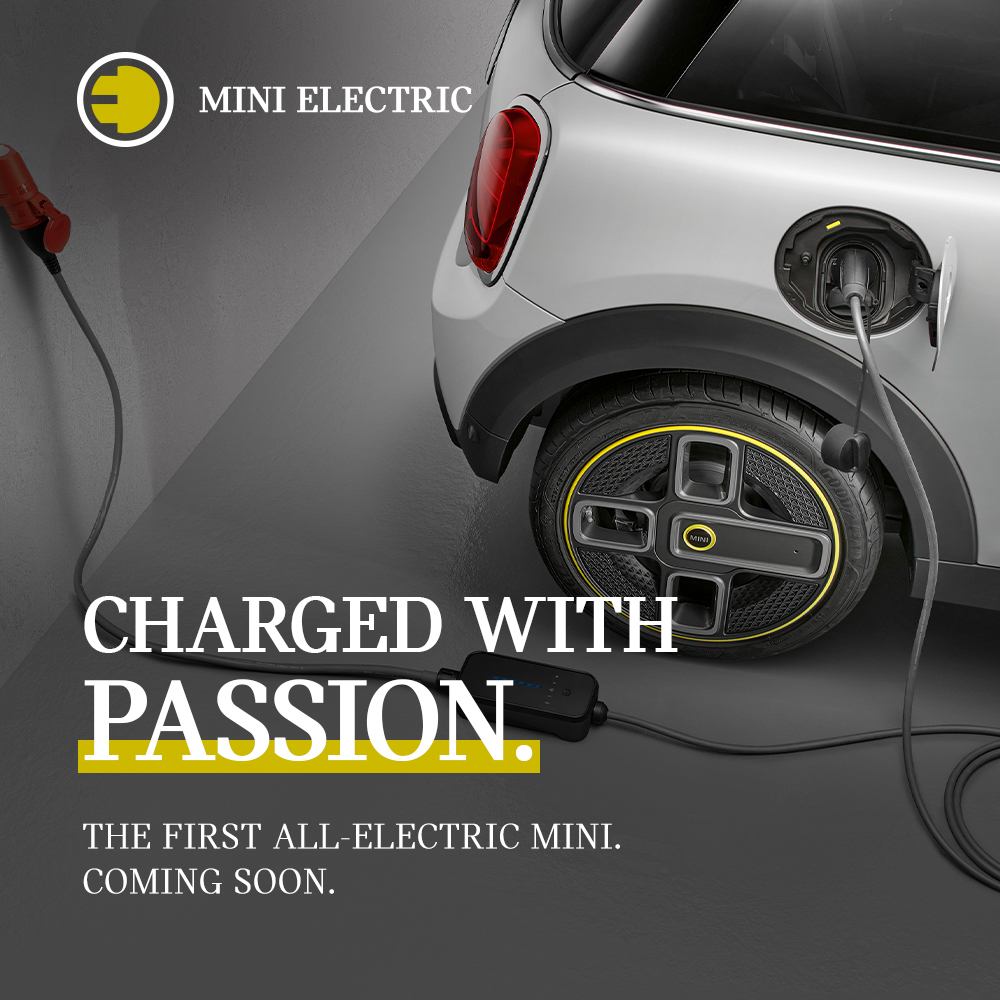