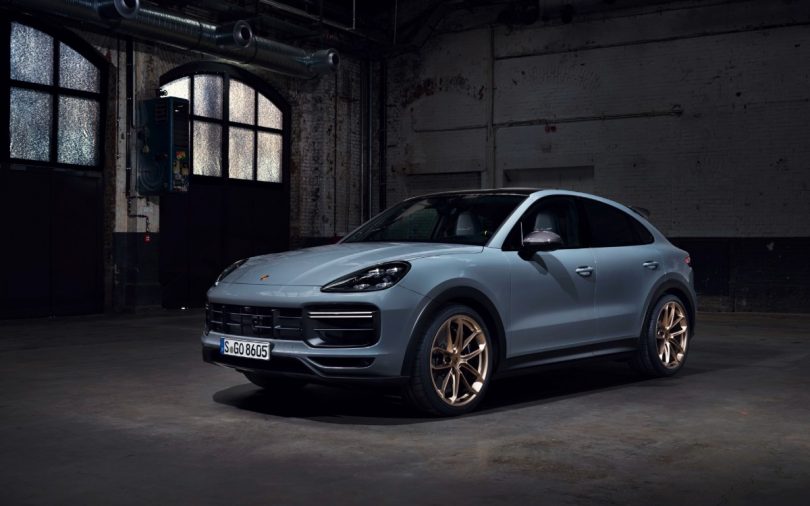 Porsche India has launched the new Cayenne Turbo GT in the country. The Stuttgart-based sports car manufacturer unveiled the model globally back in June 2021. The Cayenne Turbo GT will now be the top-most model in the Cayenne range in India and cost INR 2.57 crore ex-showroom. It will only be available as a 4-seater coupe-style SUV guise. The Cayenne Turbo GT also boasts of being the fastest production SUV around the ‘Ring. The model lapped the 20.832 km Nurburgring Nordschleife circuit in Germany in 7:38.9 minutes.

In India, the fastest Cayenne will compete with the likes of Audi RSQ8 and Lamborghini Urus. The RSQ8 costs INR 2.16 crore ex-showroom, while the Urus is priced at INR 3.10 crore ex-showroom. With a price tag of INR 2.57 crore, the Porsche Cayenne Turbo GT slots right in between the two.

On the exterior front, the Cayenne Turbo GT gets subtle functional changes over the standard Cayenne Turbo Coupe. Porsche made these changes either for additional downforce or for better engine and brake cooling. At the front, the Turbo GT gets larger side cooling air intakes, a GT-specific front apron and a lip spoiler. Dominating the side view is the contoured carbon roof, black wheel arch extensions and 22-inch GT Design wheels in a satin gold finish.

At the rear, it gets carbon side plates for the roof spoiler. Furthermore, there’s also a retractable rear spoiler which is 25 mm larger than that on the Turbo. The brand claims it increases its downforce by up to 40 per cent at its top speed. It also features a sports exhaust system with central titanium tailpipes, which are unique to the Turbo GT. Surrounding the central exhaust tailpipes is the carbon fibre diffuser panel.

On the inside, the layout of the interior remains the same as the standard Cayenne Turbo. However, there is a new steering wheel with a Sports Response Button. The steering wheel also gets a yellow marking at the 12 o’clock position. The Turbo GT comes with 8-way adjustable sport seats in the front and a sport rear seat system at the rear. The latter makes it a strict 4-seater. All the seats also get perforated centre panels in Alcantara with contrasting satin gold accents. Furthermore, each seat also gets ‘Turbo GT’ lettering on its headrests.

Porsche has made a host of updates to the chassis and suspension setup of the Turbo GT. Compared to the standard Cayenne Turbo, it rides 17 mm lower, and its three-chamber air suspension is stiffer by 15 per cent. Furthermore, the Porsche Dynamic Chassis Control (PDCC) active roll stabilisation system now operates with performance-oriented control software. Thus, reducing body roll through corners. Porsche has also tweaked the rear-axle steering mapping as part of the Power Steering Plus package.

The Turbo GT rides on 285-section front tyres, which are an inch wider than before. At the rear, it uses 315-section tyres. The Pirelli P Zero Corsa performance tyres are also specially developed for the Turbo GT. The Turbo GT also comes standard with Porsche Ceramic Composite Brake (PCCB) system. The front discs are 440 mm in diameter, while the rear ones are 410 mm. 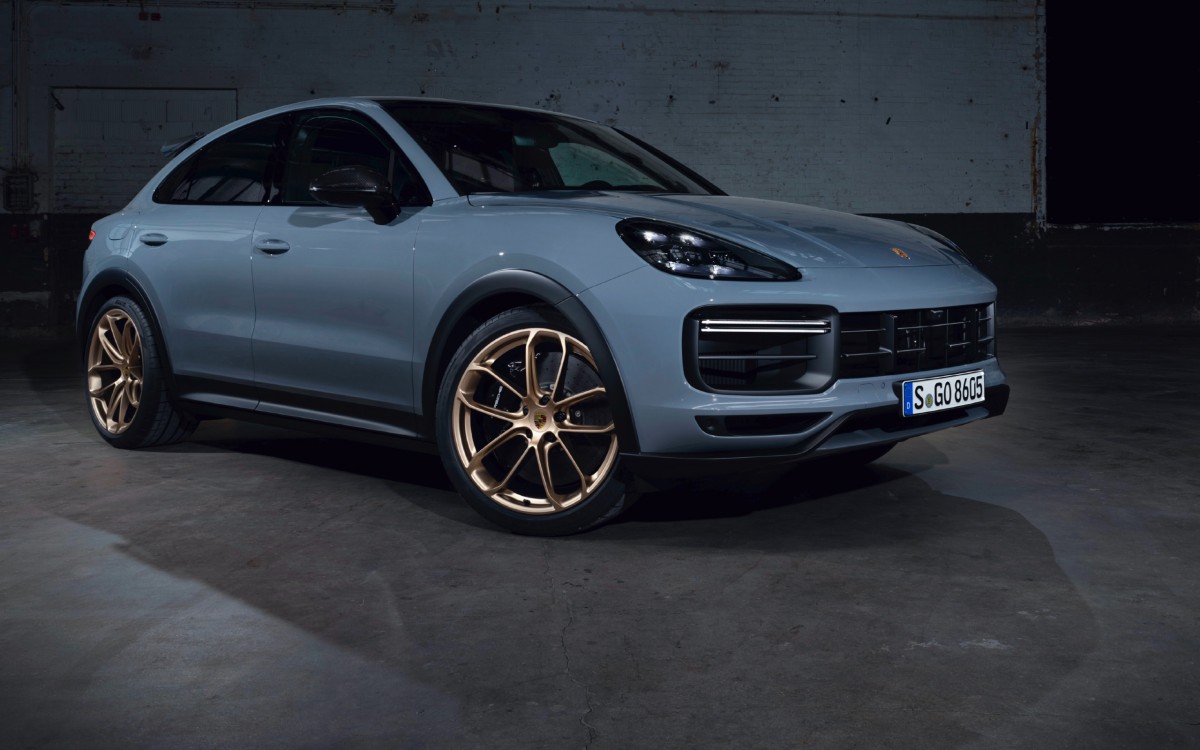 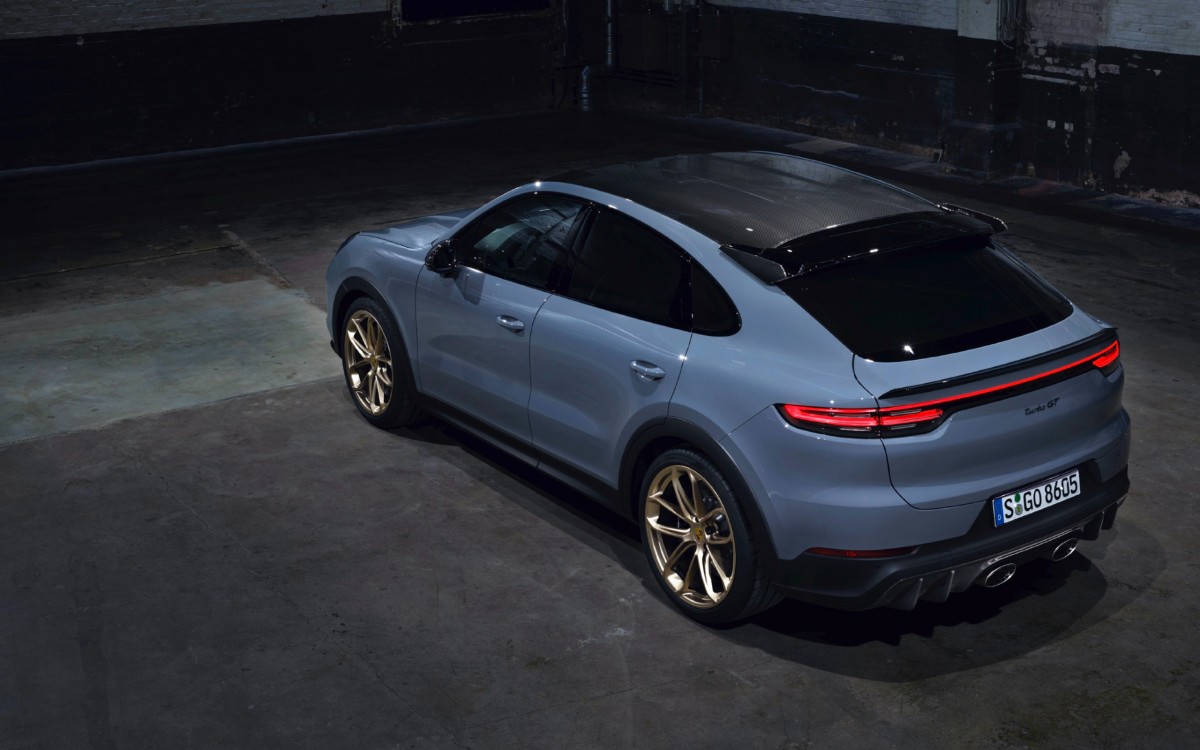 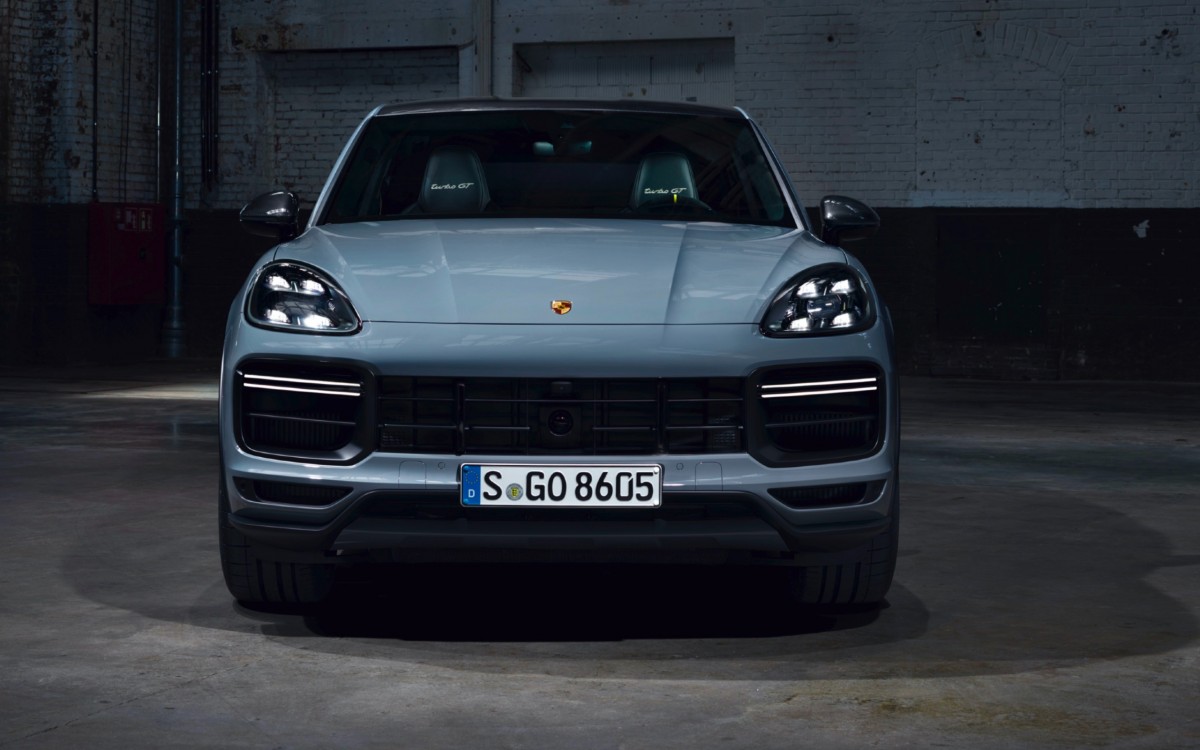 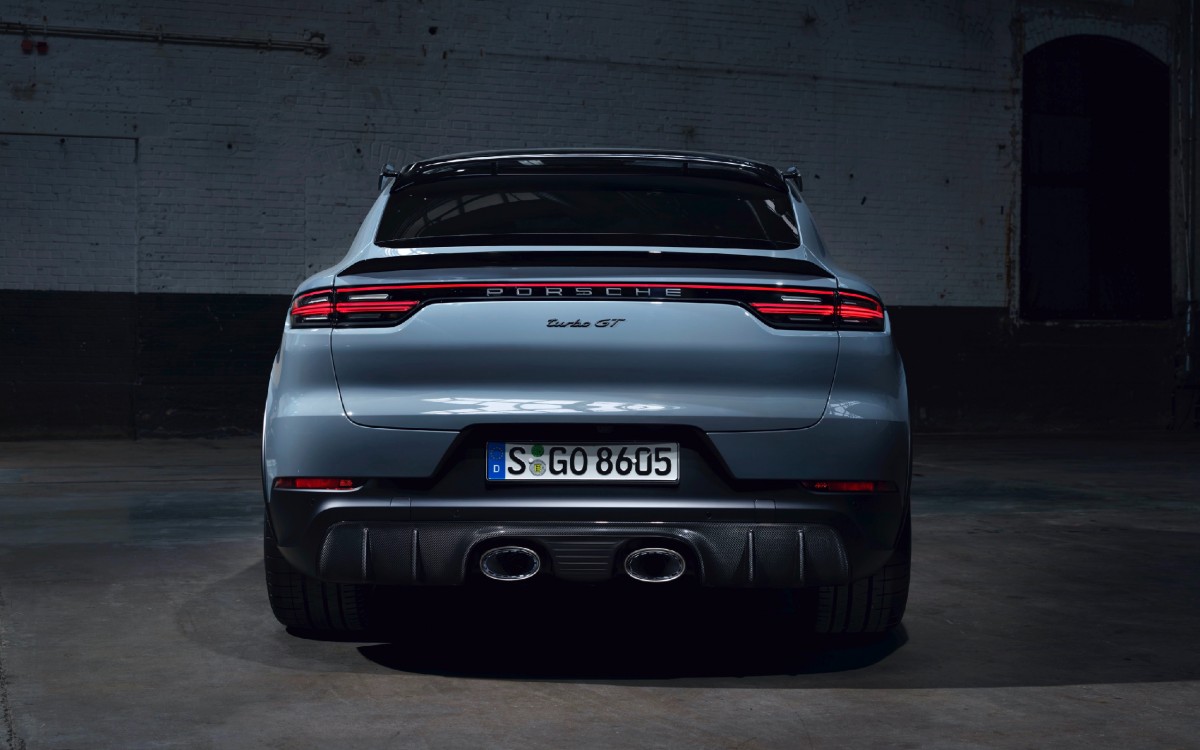 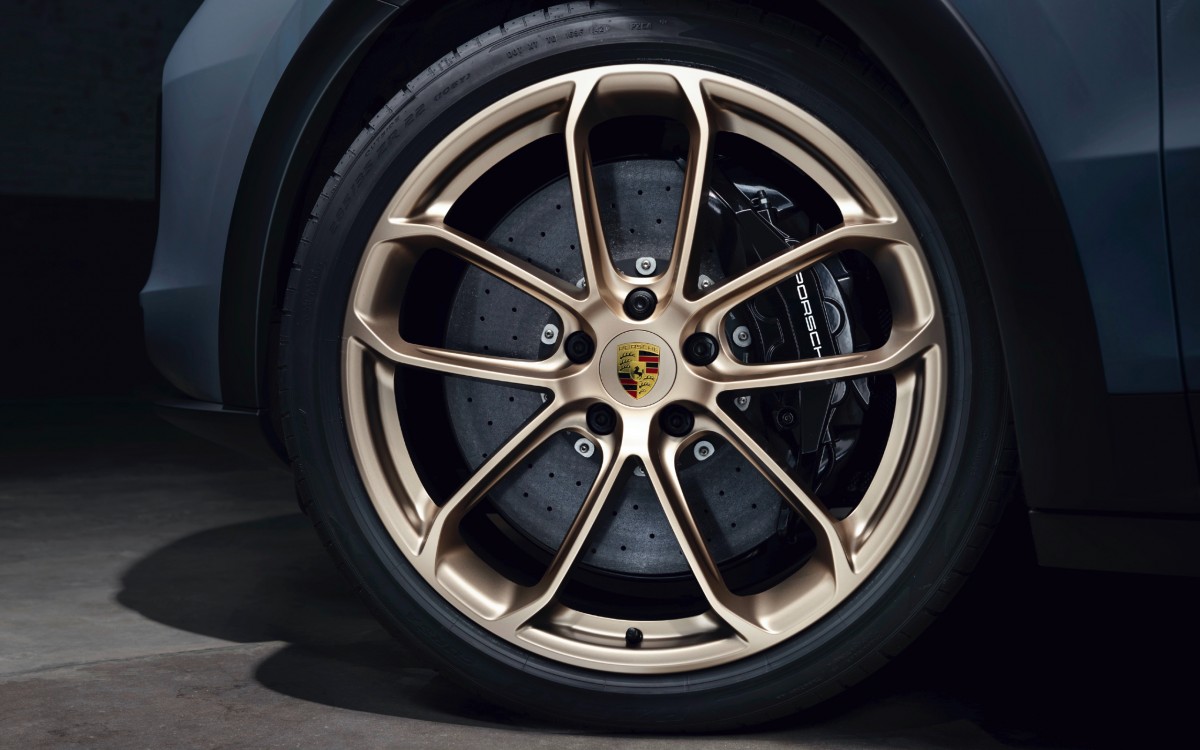 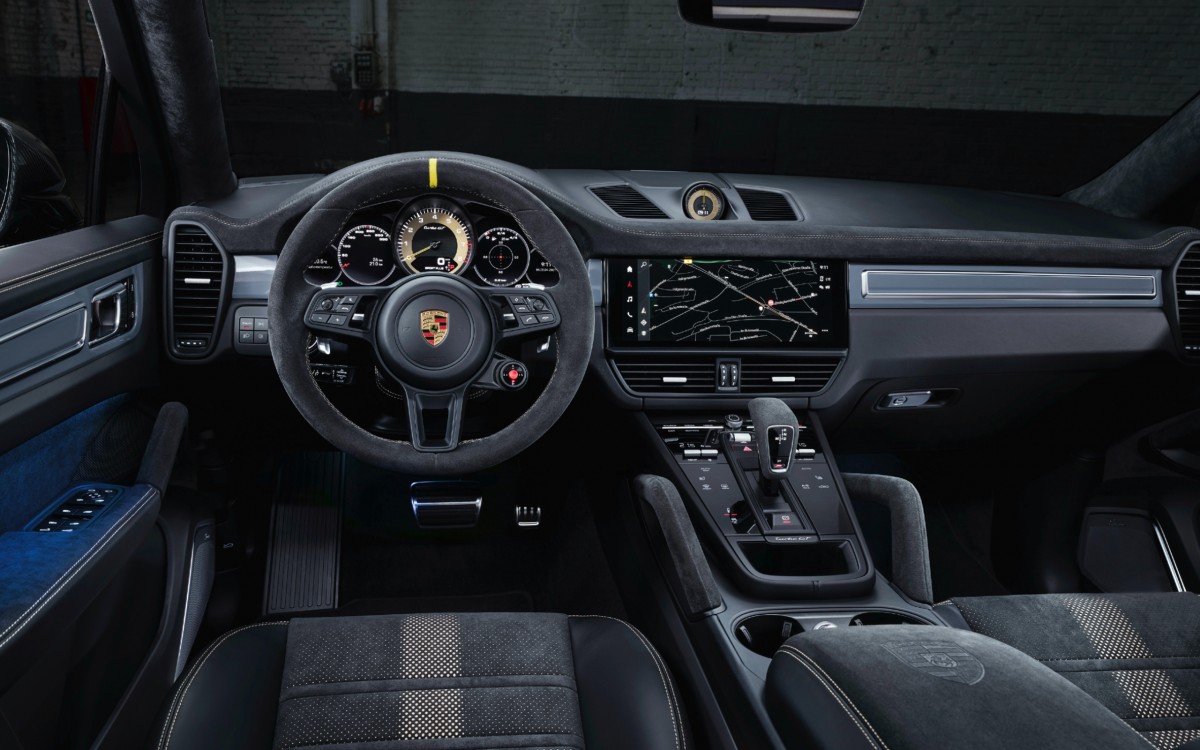 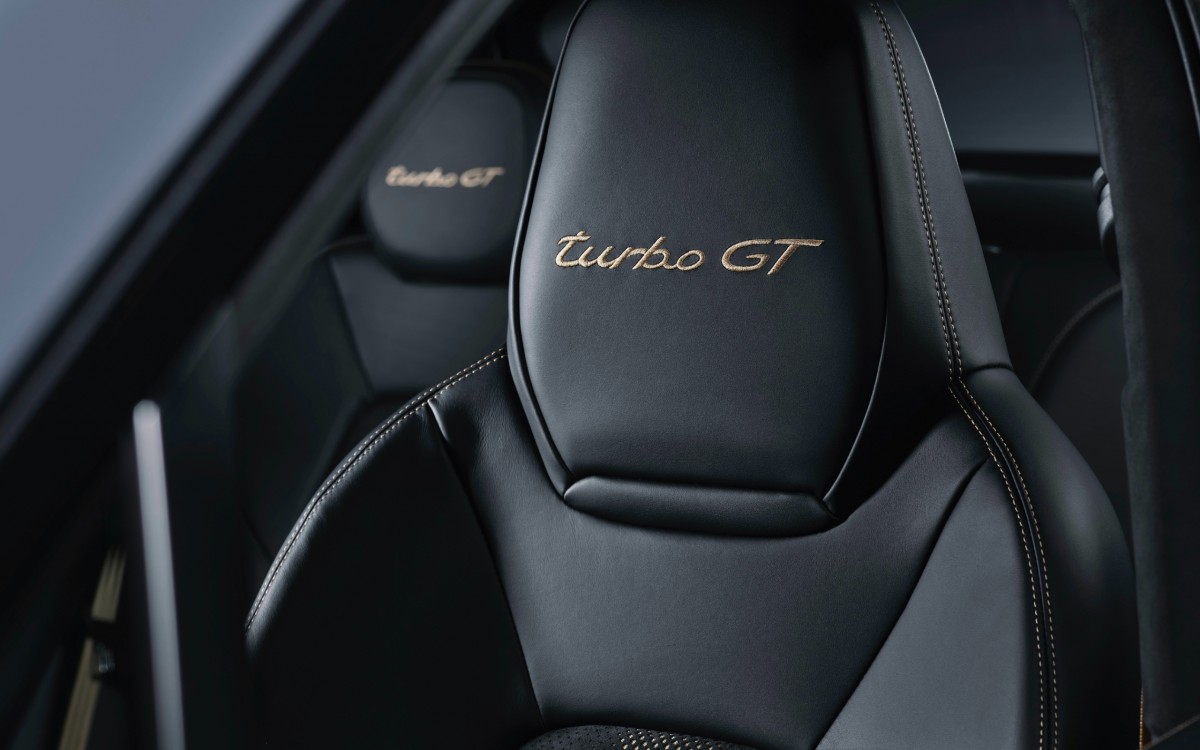 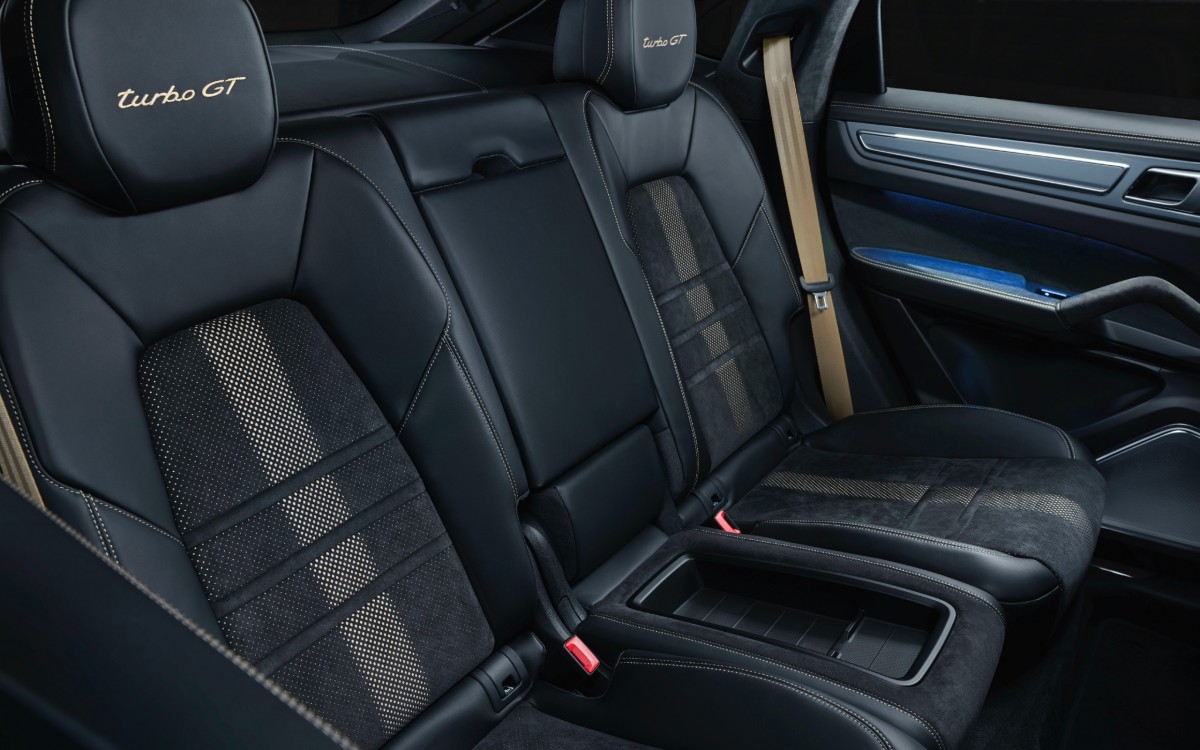 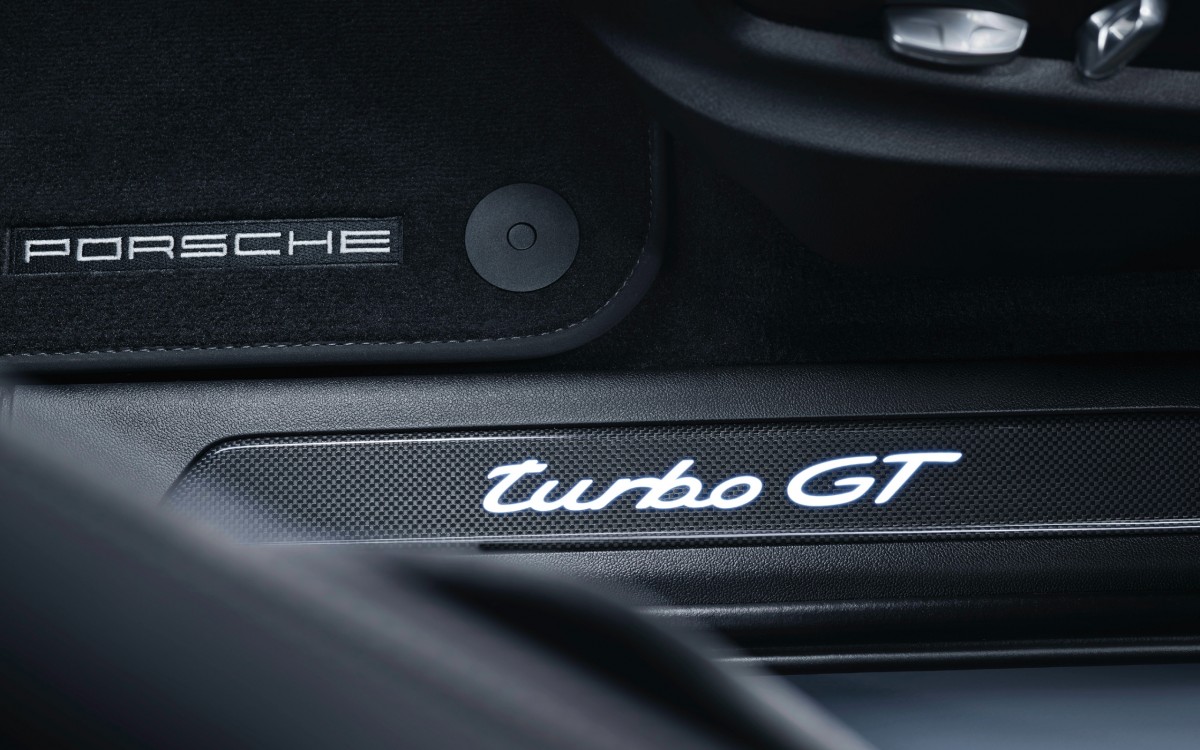