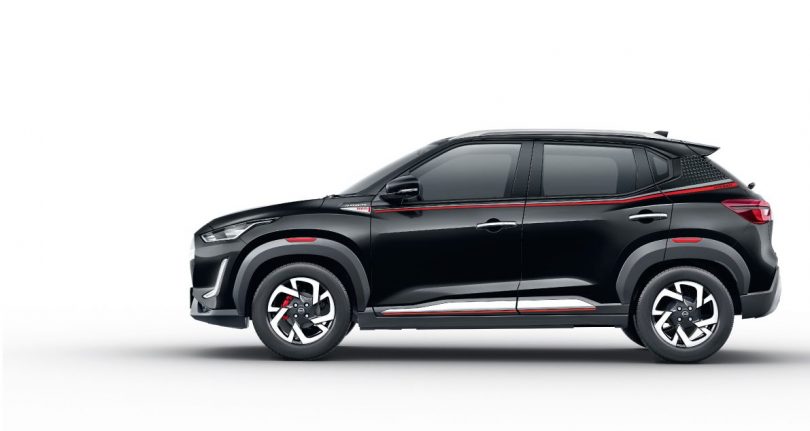 Nissan designed the Magnite in Japan and now manufactures it in India. The SUV offers multiple powertrain options, safety features and technology. These factors help it stand out in the B-SUV segment. With 20 kmpl fuel efficiency, the Magnite also boasts of being one of the most fuel-efficient SUVs in its segment.

Nissan will offer the Magnite RED Edition in two colour options – Onyx Black and Storm White. Unlike the regular Magnite, buyers won’t get a choice of a dual-tone colour option.

On the outside, the Magnite RED Edition, as the name suggests, gets a host of red accents. The front fender also gets a RED Edition badge. The highlights include red accents on the front grille, front bumper cladding, side cladding and wheel arches. The RED Edition also gets body graphics that run from the front fender to the tailgate. At the rear, the RED Edition sports a chrome trunk door garnish. The SUV rides on 16-inch alloy wheels. Furthermore, Nissan has also equipped it with red-coloured brake callipers.

On the inside, the red theme continues. The RED Edition gets red-coloured dashboard and door armrests. The centre console also gets red accents. The leather seats get a black-red combination which further enhances the looks. The Magnite continues to get Ambient Mood Lighting, Wireless Charger and LED scuff plates. 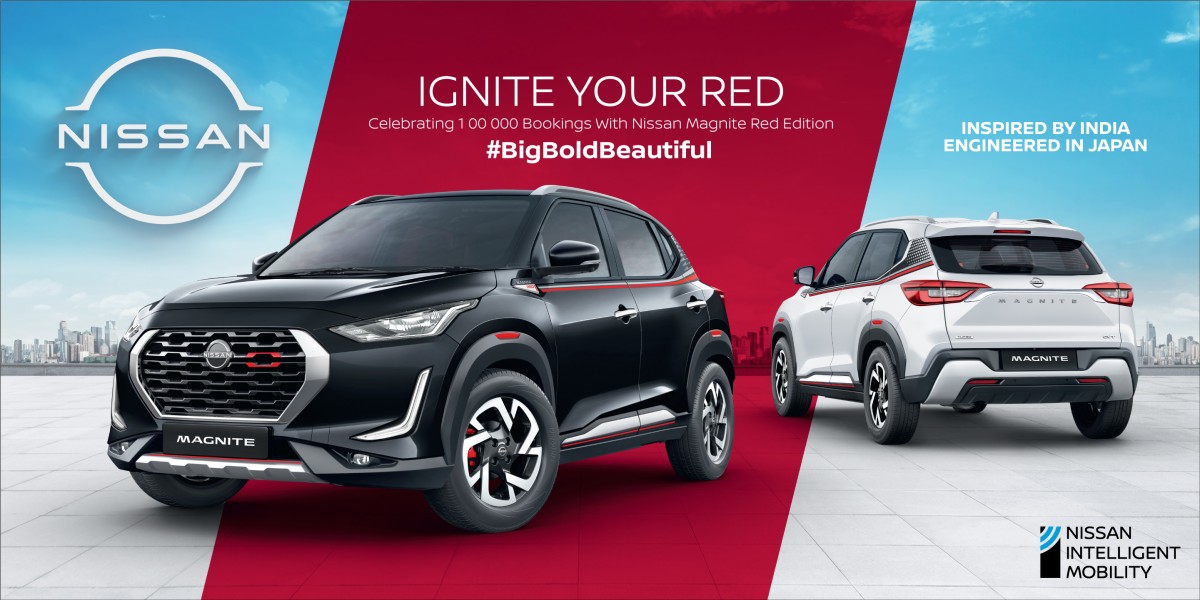