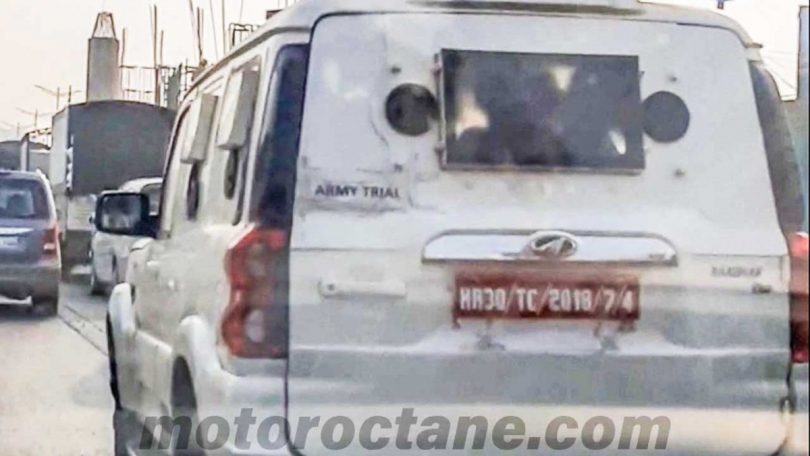 While Mahindra conducts tests on the new-generation Scorpio, images of the current-generation Scorpio test-mule have emerged online. But this is not an ordinary Scorpio, the vehicle is undergoing testing for the Indian Army. The previous Scorpio that the Army used was called the Rakshak Plus and this could be an update to it.

The back of the vehicle clearly says ‘Army Trial’ and the smaller windows are a clear sign of armour. The Scorpio also feature portholes for guns and thick squared-off bulletproof windows. Speculation is that the Mahindra Scorpio for the Army will have a 4-wheel-drivetrain and the engine could be tuned to produce slight extra power and torque. This will help compensate for the extra weight of the armour panelling. The brand is also likely to add extra underbody protection and protection for the engine. The extra protection helps cope with the harsh environment our Army operates in.

While the spy shots show an armoured back and 6 firing portholes two on each side and two on the rear. The SUV could also feature run-flat tyres, various communication devices built into the system, and a fire suppression system. Speculations are that the Army-spec SUV will also get a telescopic periscope style camera system that can relay a 360-degree view of the field. The camera system could help personnel observe targets from a safe distance. While specifications of the vehicle are not available for obvious security reasons, we would also not like to divulge any more details.

The brand is also testing the next-generation Mahindra Scorpio which is likely to be bigger and better than the predecessor. Spy images of the vehicle show an entirely different top hat and new interiors. The Scorpio is also likely to get new powertrain options in both petrol as well as diesel. Recent spy shots also show that an automatic gearbox alongside the manual is also in order. 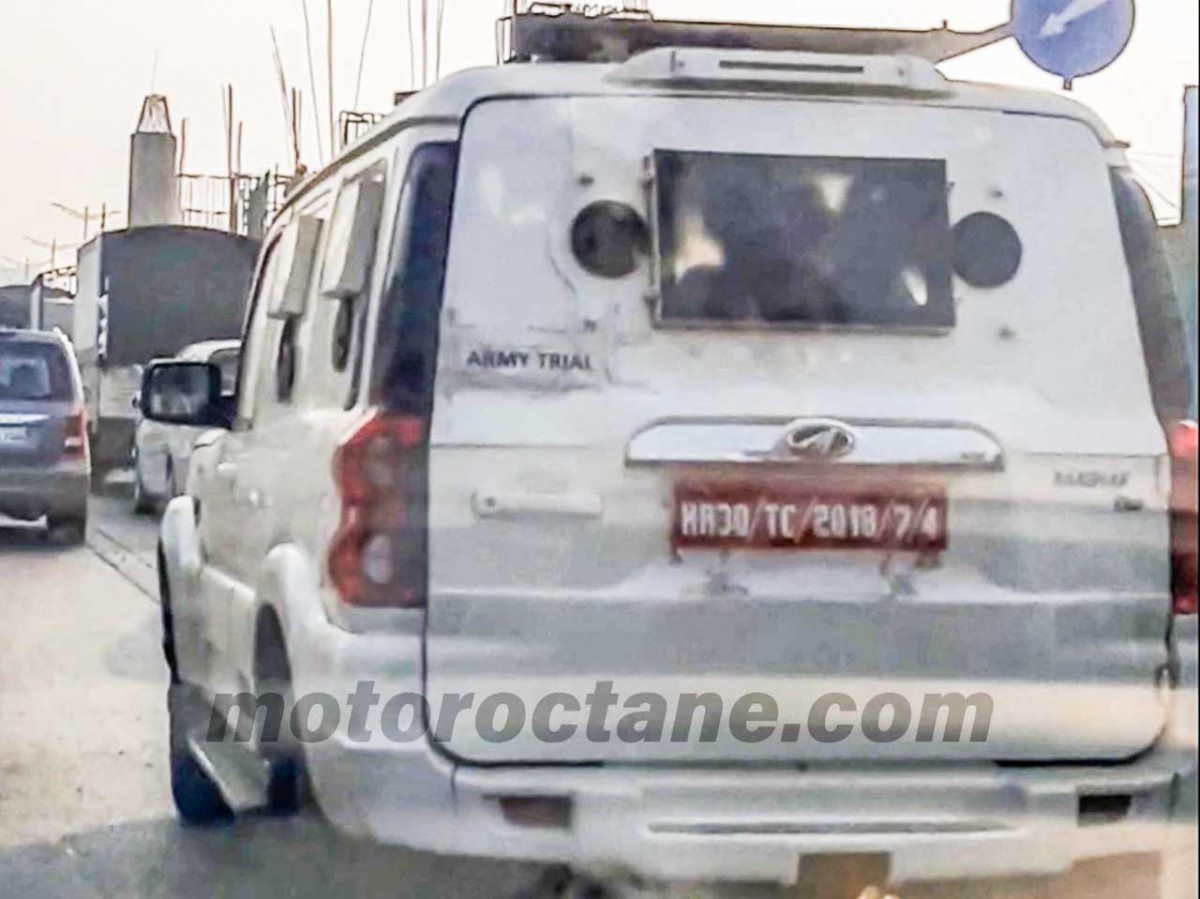 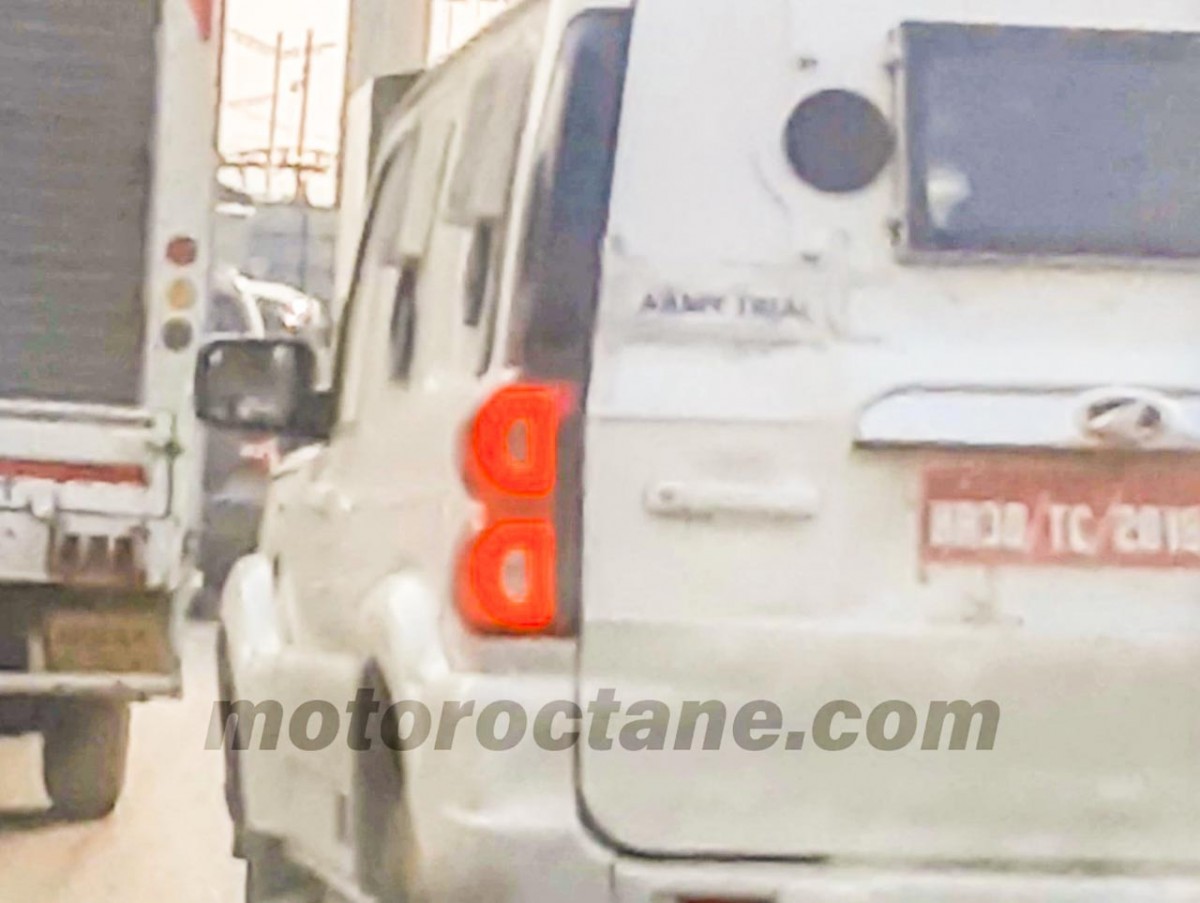 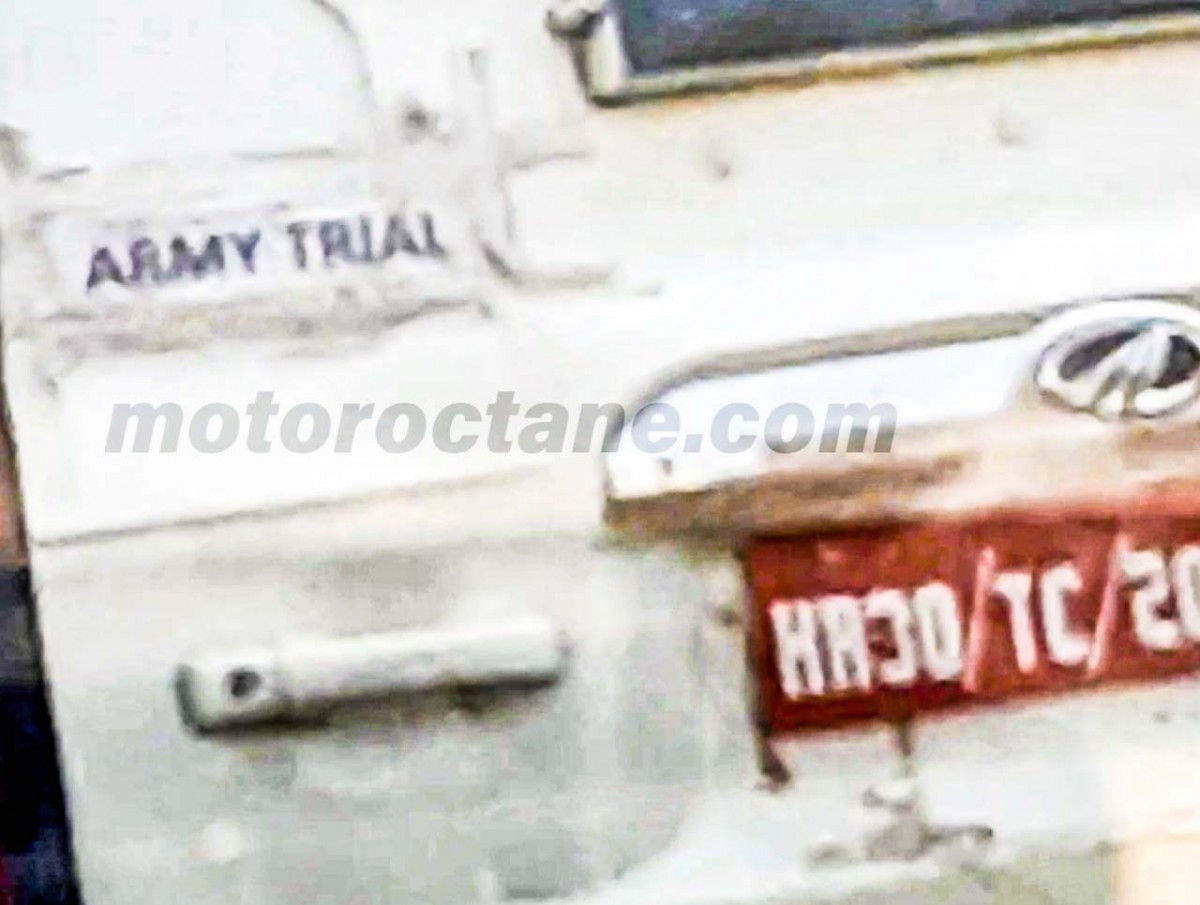