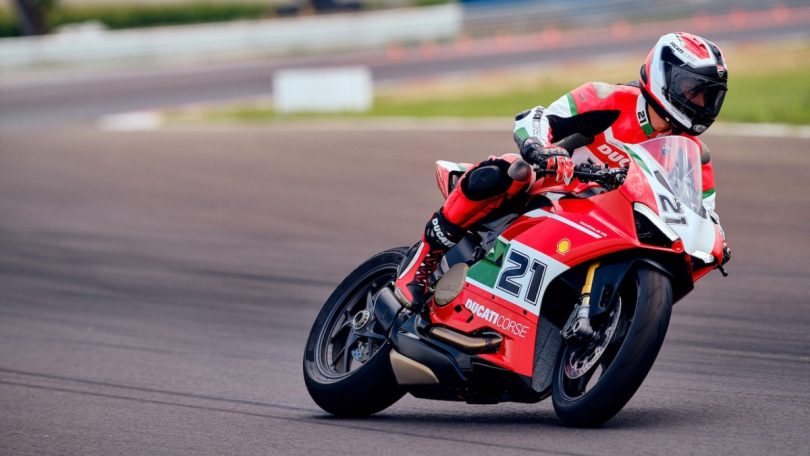 Ducati has revealed a new special edition motorcycle from its stable. The brand is paying homage to the Australian rider Troy Bayliss’s legendary career by dedicating the special motorcycle to him. Ducati will be producing a numbered series – Bayliss 1st Championship 20th Anniversary for sale in the international market.

According to the brand, the bond between Bayliss and Ducati Corse is one of the fascinating stories. The team has won 52 Victories, 94 podiums and three world titles together. The three world titles 2001, 2006 and 2008 were won using three different bikes. The twin-cylinder R 996, the R 999 and the R 1098. Now, precisely twenty years after winning the 2001 Superbike World Championship, Ducati is rekindling chemistry between Ducati and “Baylisstic” by creating this celebratory motorcycle.

The “Bayliss 1st Championship 20th Anniversary” edition motorcycle draws inspiration from the 2001 Ducati 996 R race livery. The 996 R propelled Bayliss across the finish line, winning his first world title. The Panigale V2 will revisit the same cuts and colours and the iconic number 21. The primary colour of the motorcycle is Ducati Red. This is enhanced by Green and White in a tribute to the Italian spirit. The side panels of the motorcycle also feature a Shell logo. The fuel tank comes with a reproduced autograph of Troy Bayliss. And the billet aluminium triple clamp bears the name of the bike and the progressive numbering of this unique model.

The Panigale V2 “Bayliss 1st Championship 20th Anniversary” comes with an Ohlins NX30 front fork and Ohlins TTX36 rear shock absorber. The high-performance suspension components boast precise cornering performance on the track and smoothness on the road. The motorcycle also comes with an adjustable steering damper to customize its calibration by adapting it to the riding style and characteristics of the race track.

The Panigale V2 “Bayliss 1st Championship 20th Anniversary” will be available from the Ducati network starting at the price of EUR 20,990 MSRP. The special motorcycle will go on sale from the end of September 2021. 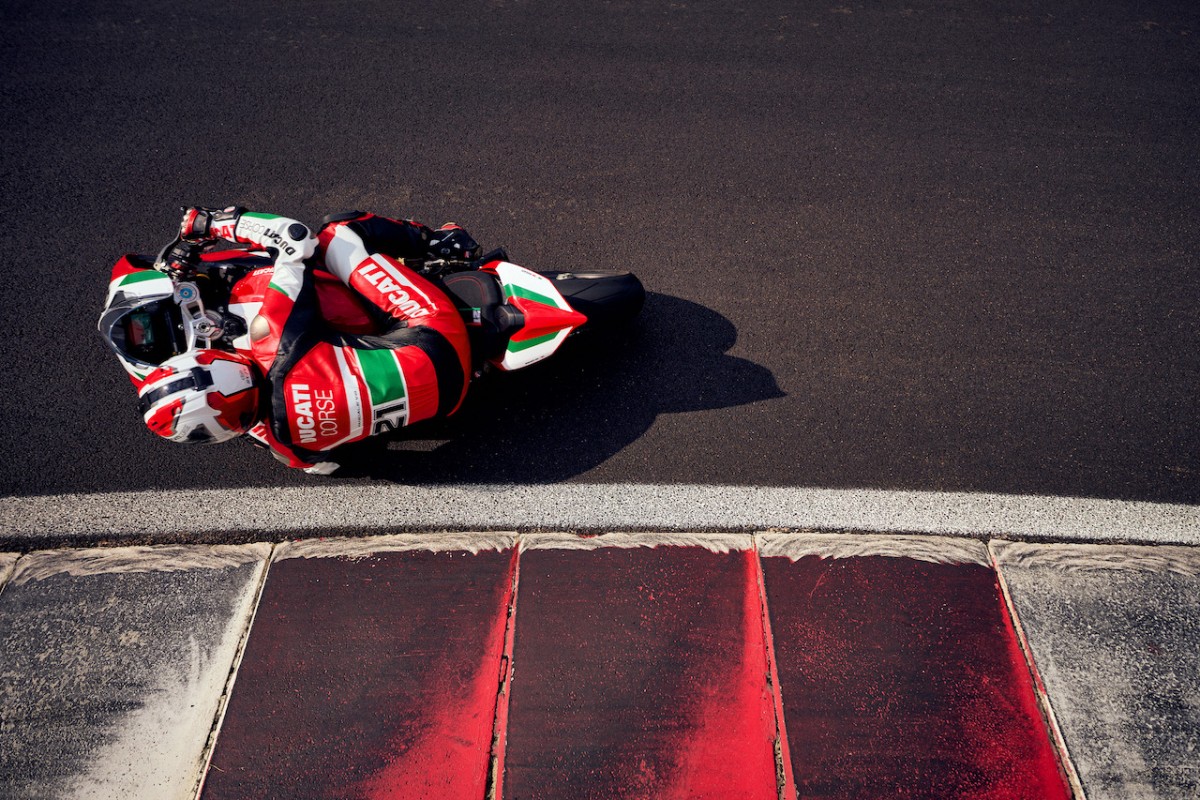 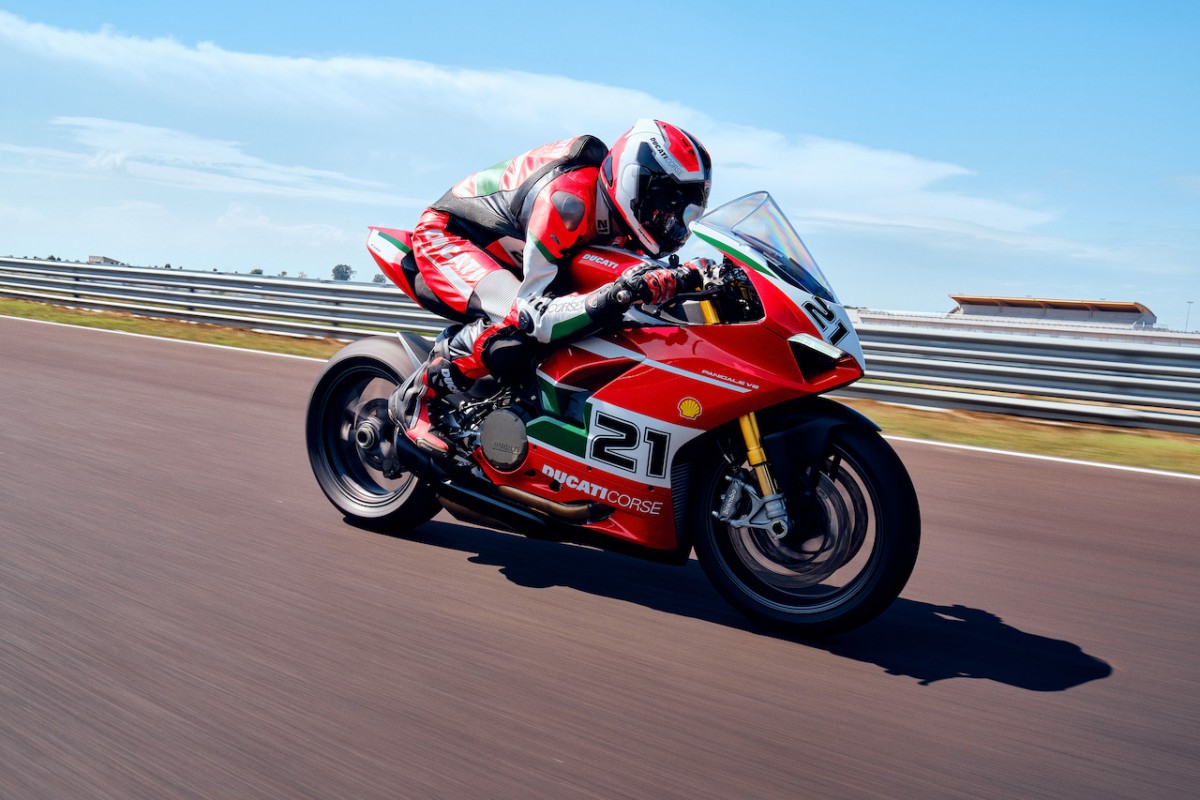 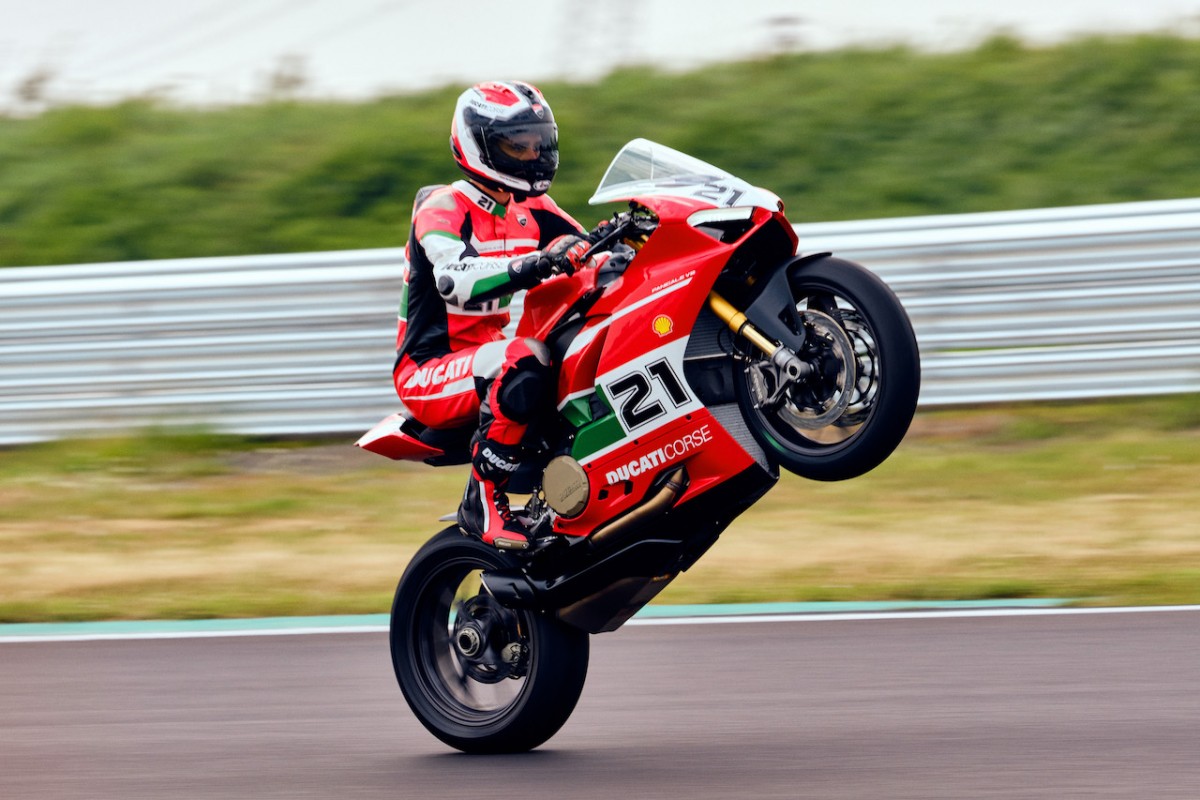 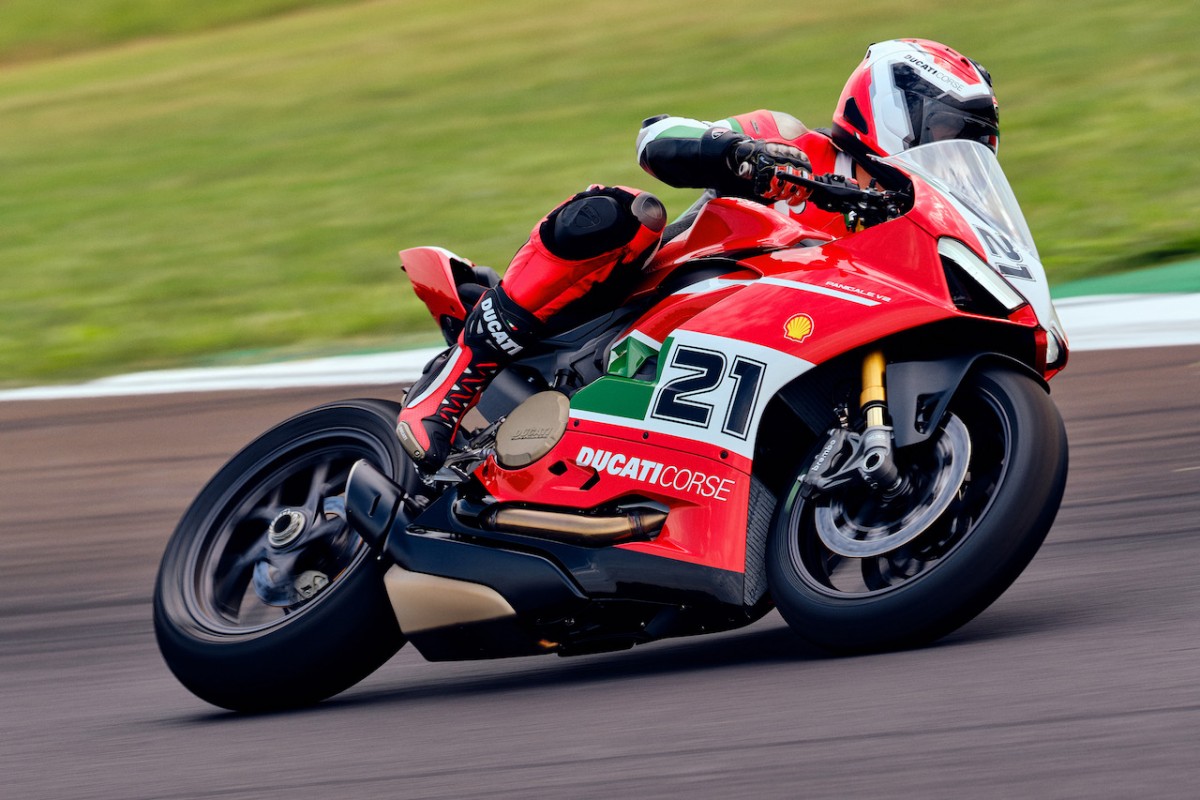 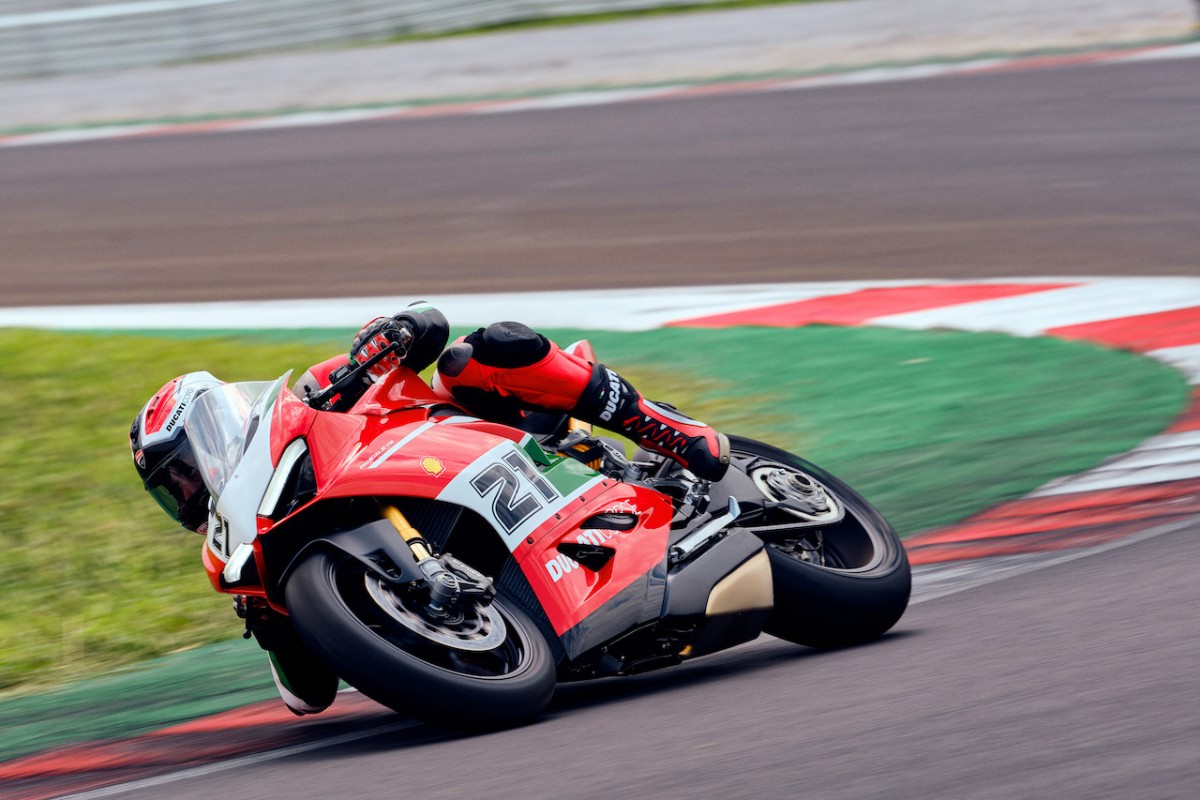 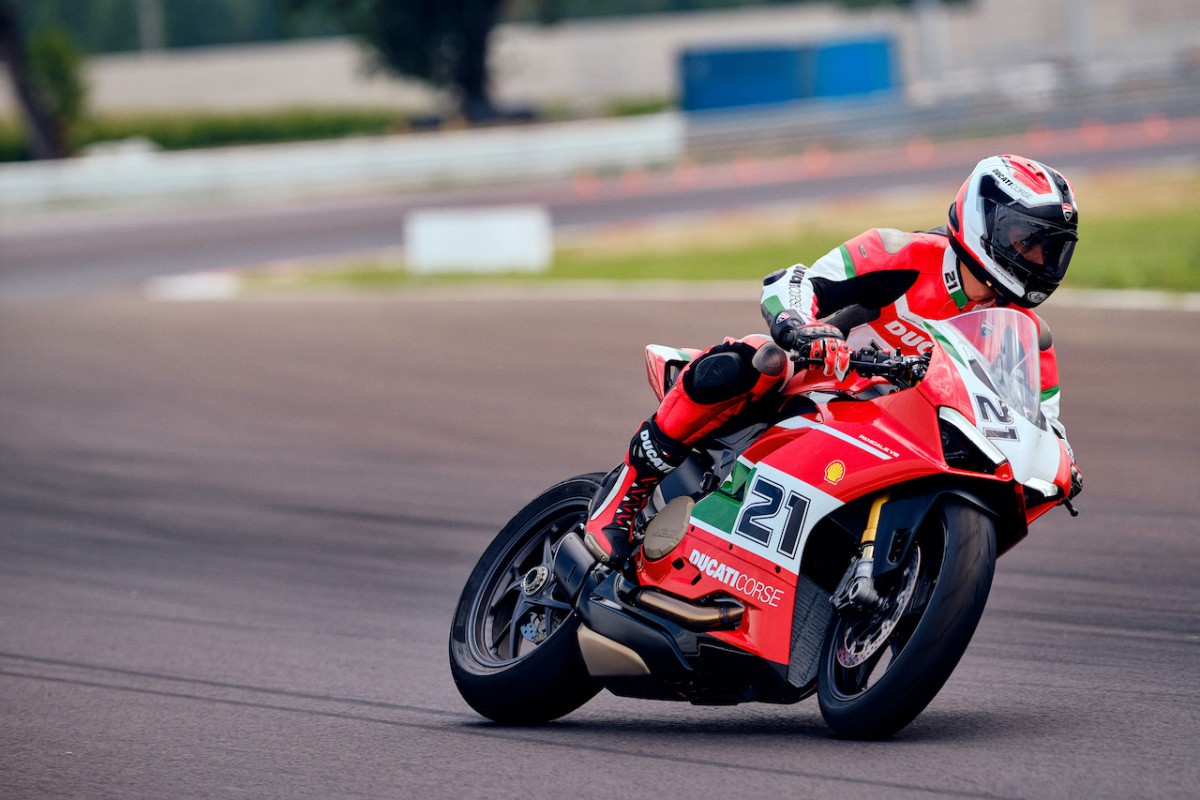 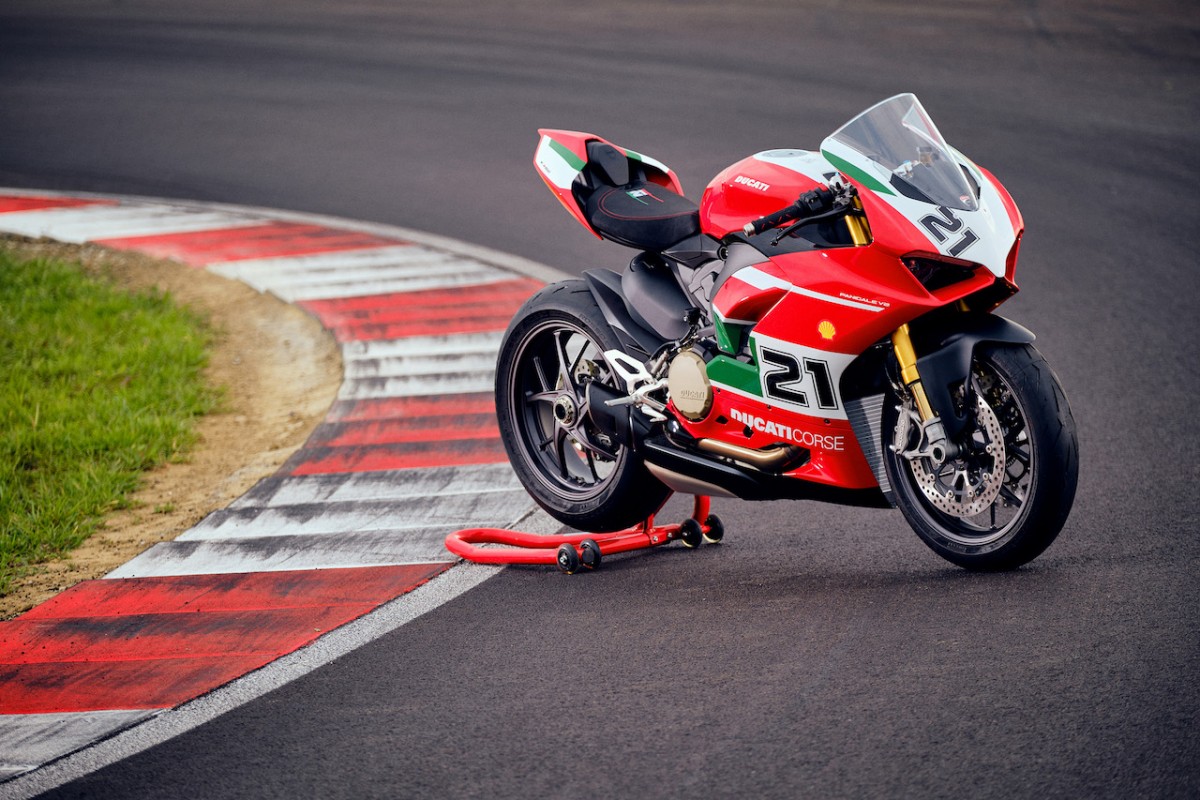 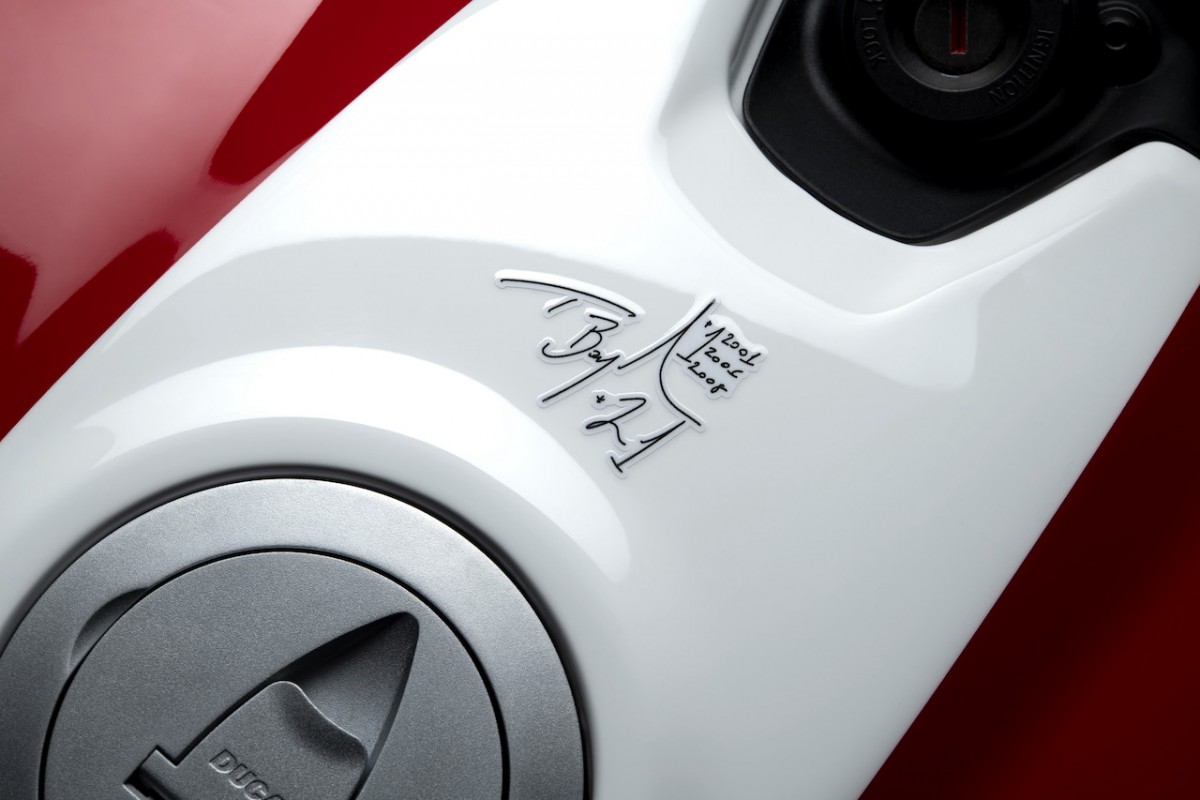 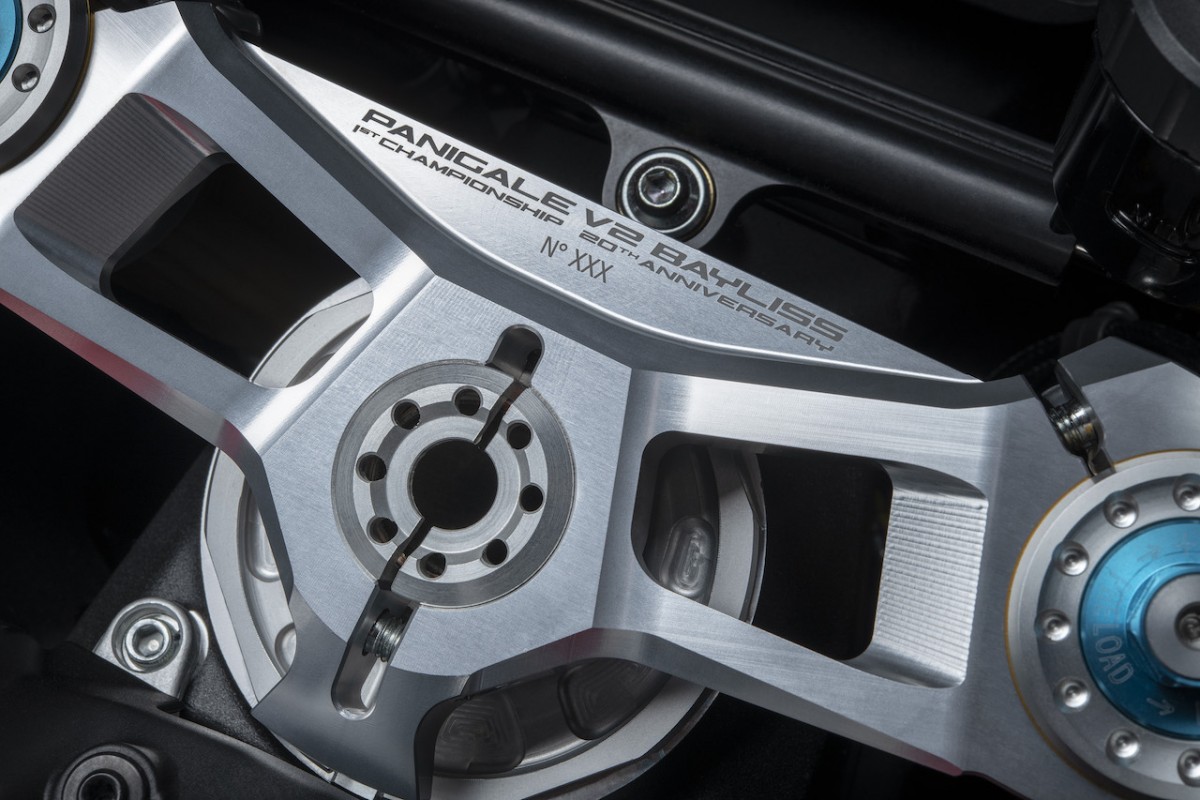 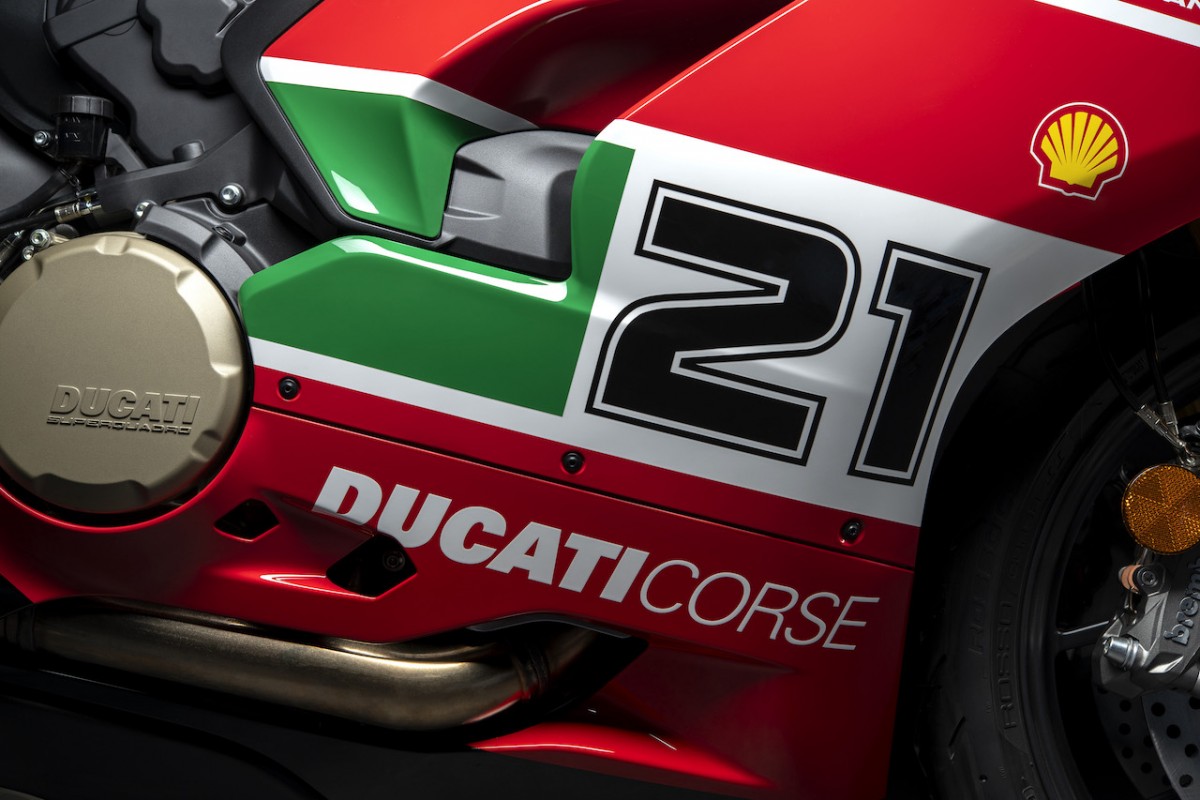