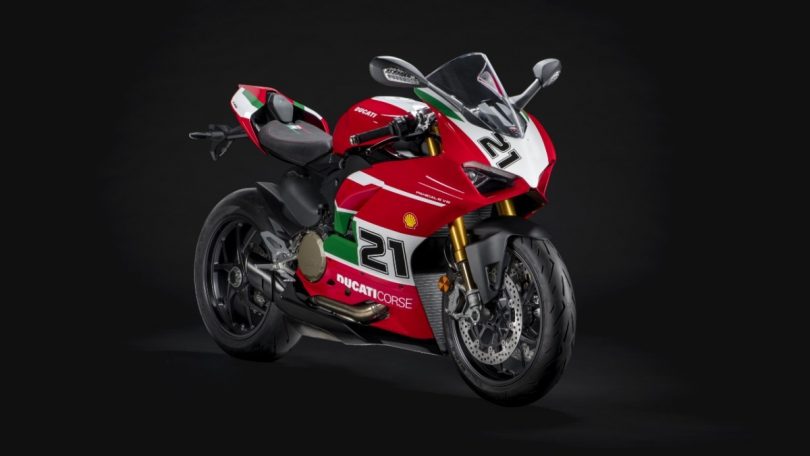 Italian motorcycle manufacturer Ducati has announced the launch of its limited-edition Panigale V2 Troy Bayliss 1st Championship 20th Anniversary edition in India. The celebratory bike features a dedicated livery that recounts Ducati’s 996 R motorcycle on which Troy won his first title. Catering to racing enthusiasts across the world, Ducati filmed the bike at its Museum, on the track, and Bayliss’ Australian home. Priced at INR 21.3 lakh (ex-showroom), only a handful of enthusiasts will get their hands on the limited-edition motorcycle.

With the Panigale V2 as its base, the limited-edition motorcycle features a special livery consisting of signature colours and graphics. Ducati red acts as the main colour of the bike while joining the green and white colours as a tribute. The Bologna-based motorcycle manufacturer has also added the iconic #21, Troy Bayliss’ race number and the Shell logo on the bike. Adding to the exclusivity factor is Troy’s autograph being reproduced on the fuel tank and the inclusion of sport grips.

Ducati has also ensured to add the name and progressive numbering of the bike on the billet aluminium triple clamp. Another unique element of the limited-edition bike includes the outlet cover of the silencer made from carbon fibre and titanium. Its rider seat has been made by combining two different technical materials with double red stitching. Interestingly, Troy Bayliss came up with the name of the limited-edition motorcycle whilst actively contributing to the graphic creation concept.

Compared to the standard Panigale V2, the new limited-edition motorcycle weighs 3 Kg lighter thanks to a lithium-ion battery. Another factor contributing towards the lower weight is the single-seat configuration that recalls the look of the 996 R motorcycle. Ducati has also ensured to equip the limited-editions motorcycle with a self-cleaning brake, clutch pumps, and smoke grey oil tanks. Since the Special Edition bike has been based on the Panigale V2, it borrows the same powertrain that exudes performance.

Therefore, the 955cc, Superquadro twin-cylinder engine produces 155 PS of power and 104 Nm of torque via a 6-speed gearbox. Ducati has also chosen to equip the Panigale V2 Bayliss 1st Championship 20th Anniversary with Ohlins components for the suspension. The company states that the NX30 front fork and TTX36 rear shock absorber guarantee maximum smoothness and the best on-track performance. Riders can also make adjustments to the steering damper in order to enhance their riding style and adapt to the racetrack. 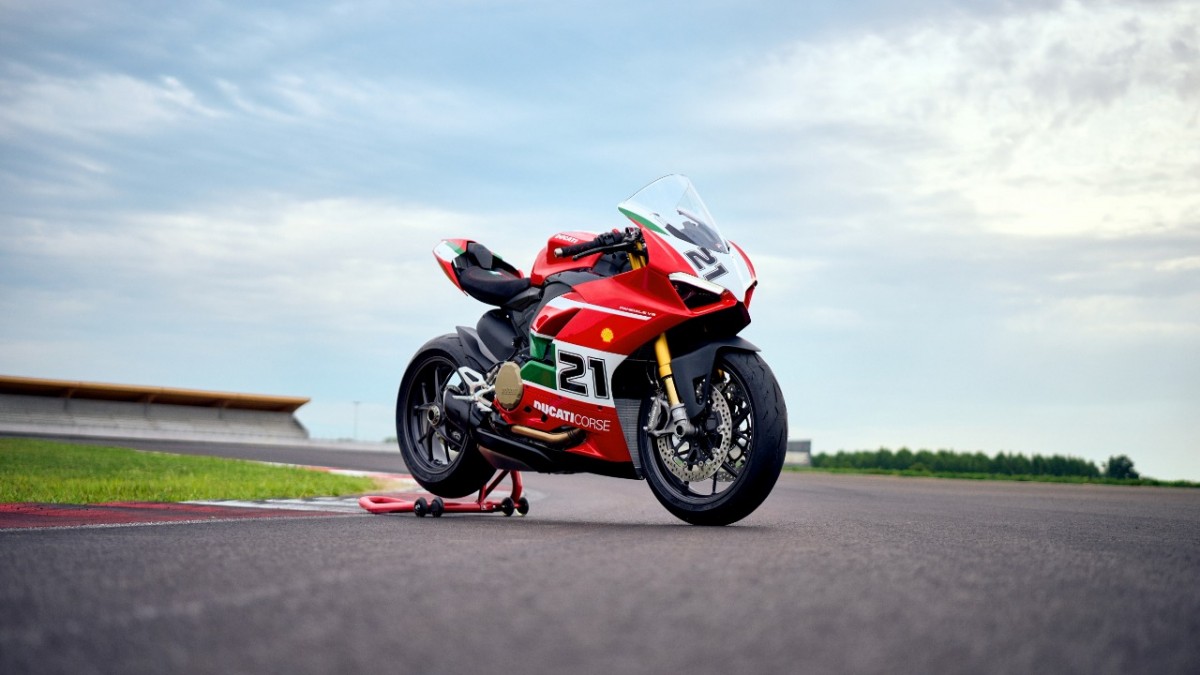 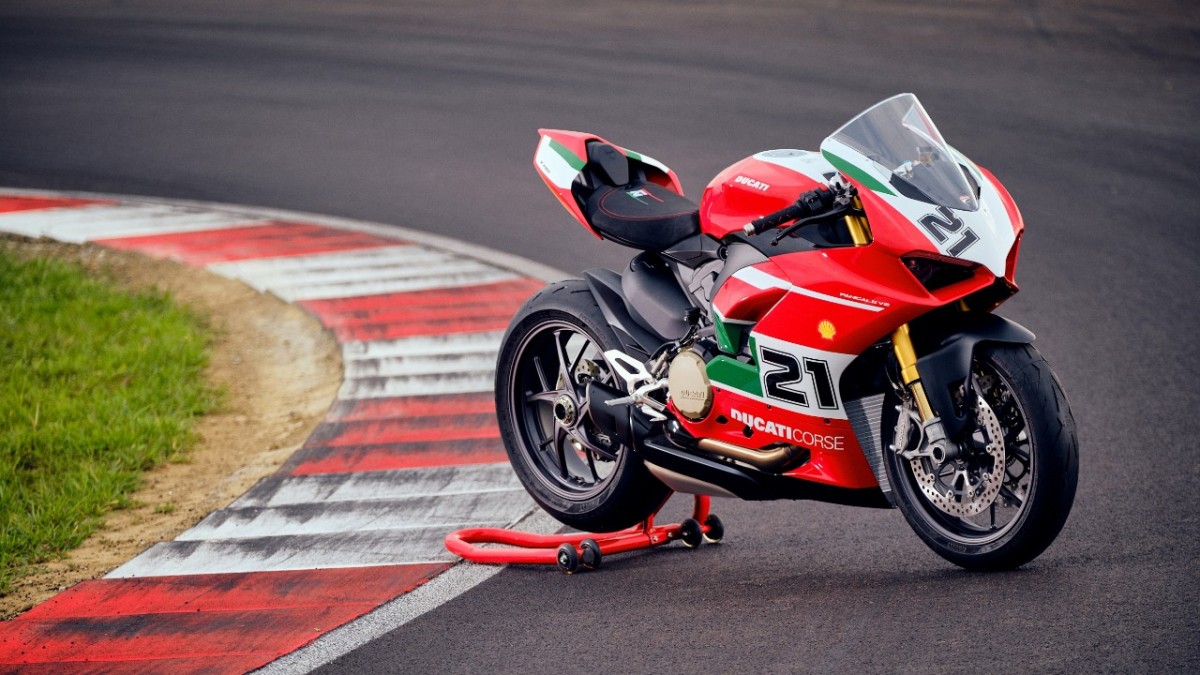 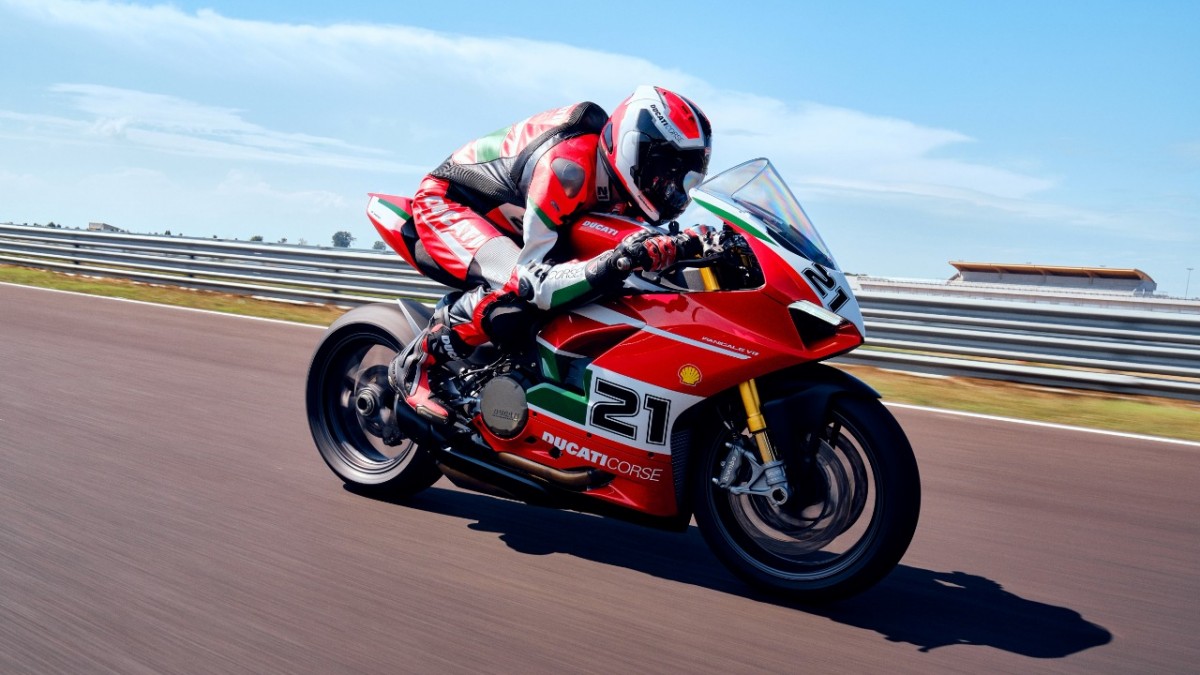 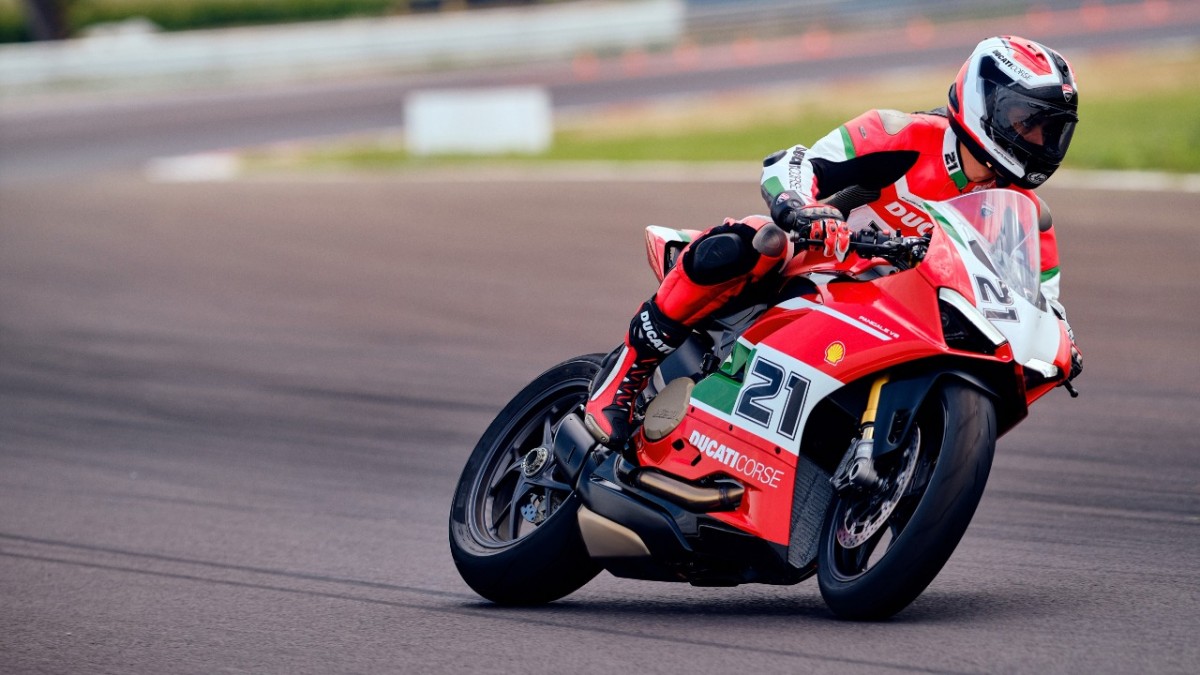 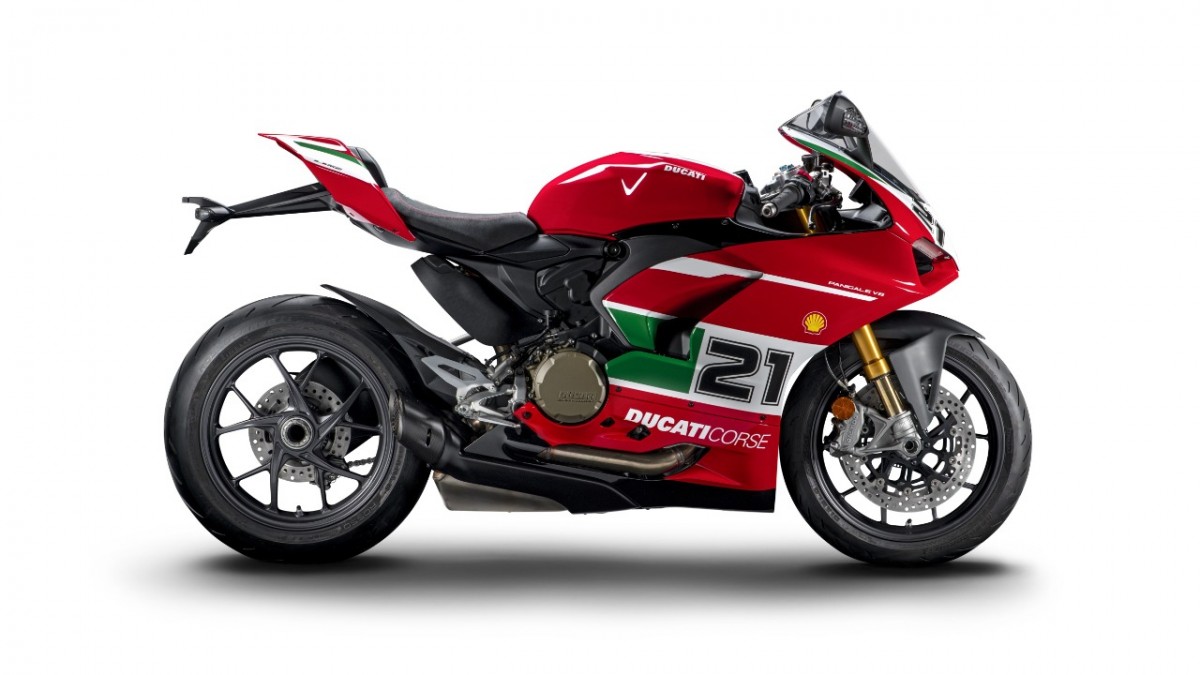 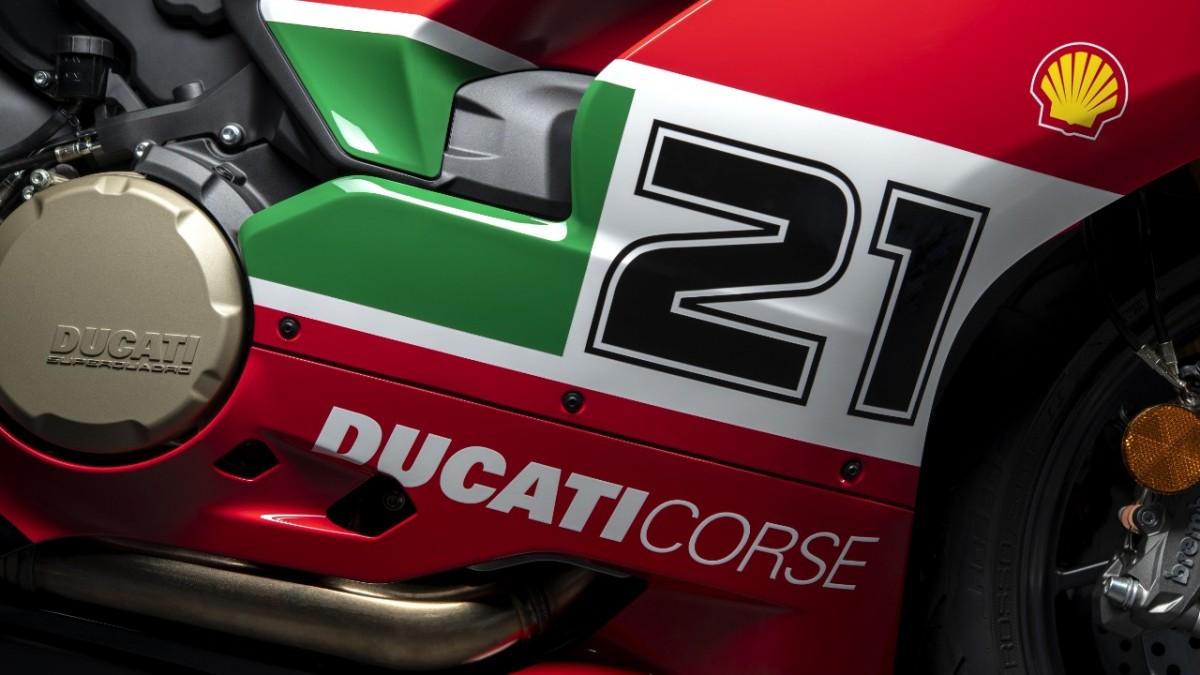 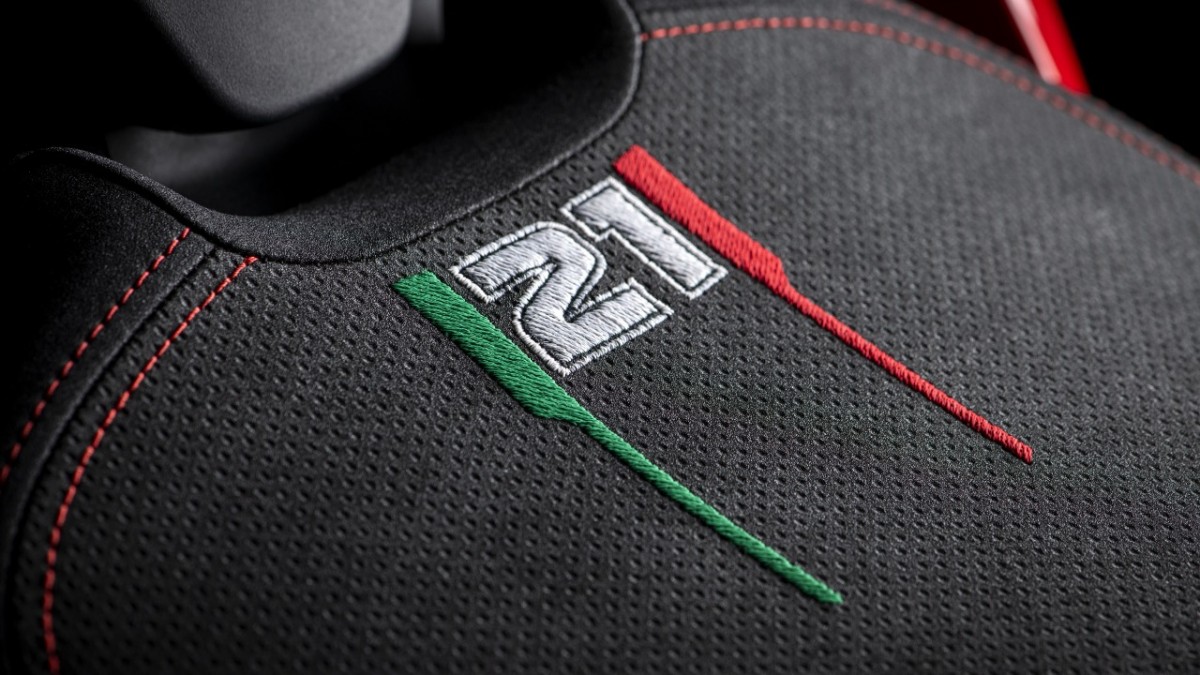