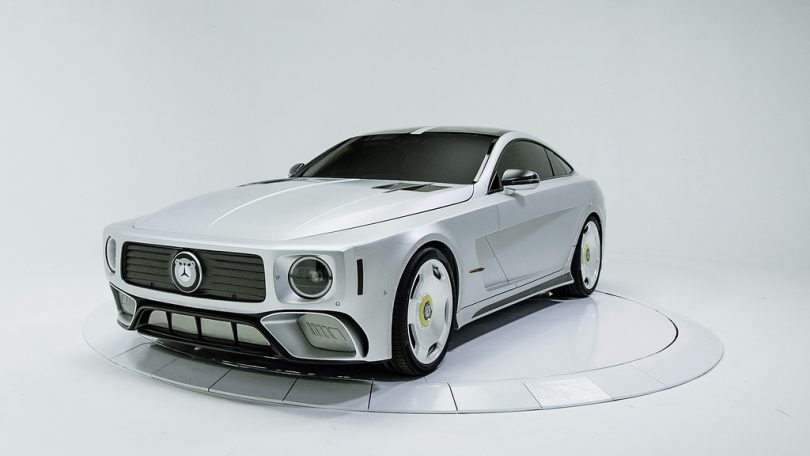 Mercedes-AMG, along with the global star, will.i.am, has revealed a new car during the Formula 1 weekend in Miami. The new one-off concept car is called “The Flip”. The company says it is an automotive masterpiece with an expressive design.

The hip-hop star will.i.am teamed up with West Coast Customs to execute his visions into real life. The mission of the joint project, “The Flip – Innovation for Purpose”, is to give students from disadvantaged communities access to education. This will ensure the students get the skills required for future-focused jobs and invent new technologies.

The one-of-a-kind vehicle uses the AMG GT 4-Door Coupe as the base. However, the face of the car has a strong resemblance to that of the G-Class. In addition to this, there are also design elements from the SLS Gullwing thrown in.

The front of the car features a squared up and upright stance. The circular headlights and rectangular grille with the Mercedes logo are repurposed to look like a mouth of a bear. Hence, the front of the car is dubbed “Bear Witness”. It shares its name with an upcoming apparel collection. The apparel collection will be available in Mercedes-AMG Experience Centre in Miami and the online store.

Moving on to the side, the low coupe roofline is different from the squared-up front-end. Instead of the GT’s four doors, it gets a single rear-opening suicide door on the sides. We don’t get a proper look at the rear or the interiors of the car. However, the taillights look like they draw inspiration from the AMG GT 4-Door Coupe. The wheels feature a fat five-spoke design like the E55 from yesteryear.

Mercedes-AMG has not given any details for the powertrain. There are chances the car will use either the engine from the AMG GT 43 or from the GT 63 S. However, will.i.am said he didn’t touch the engine as they make one of the best ones around. 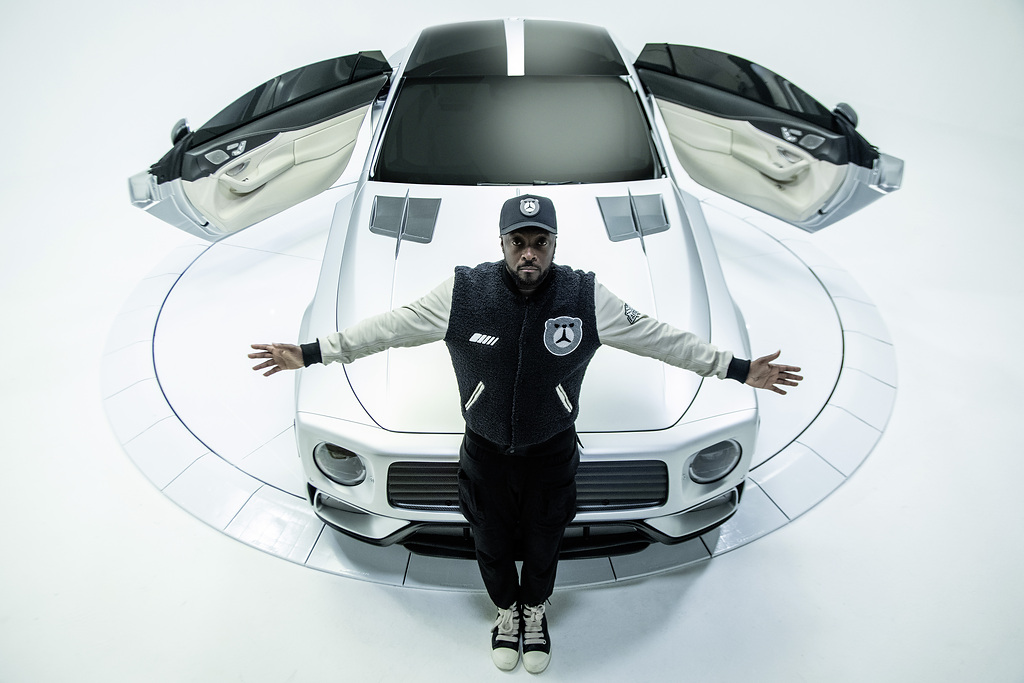 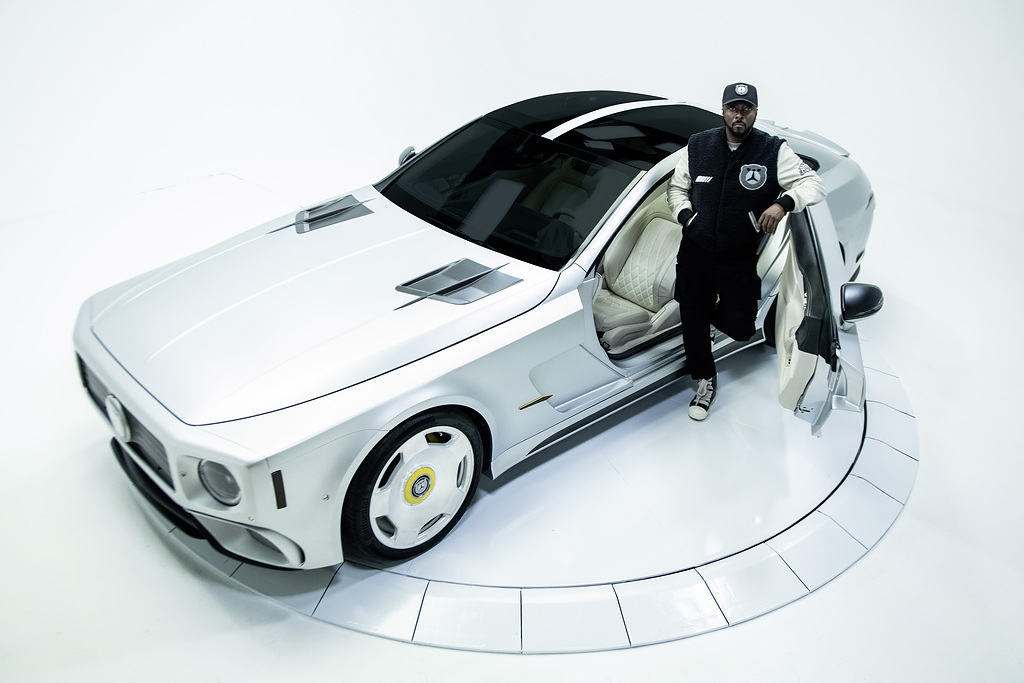 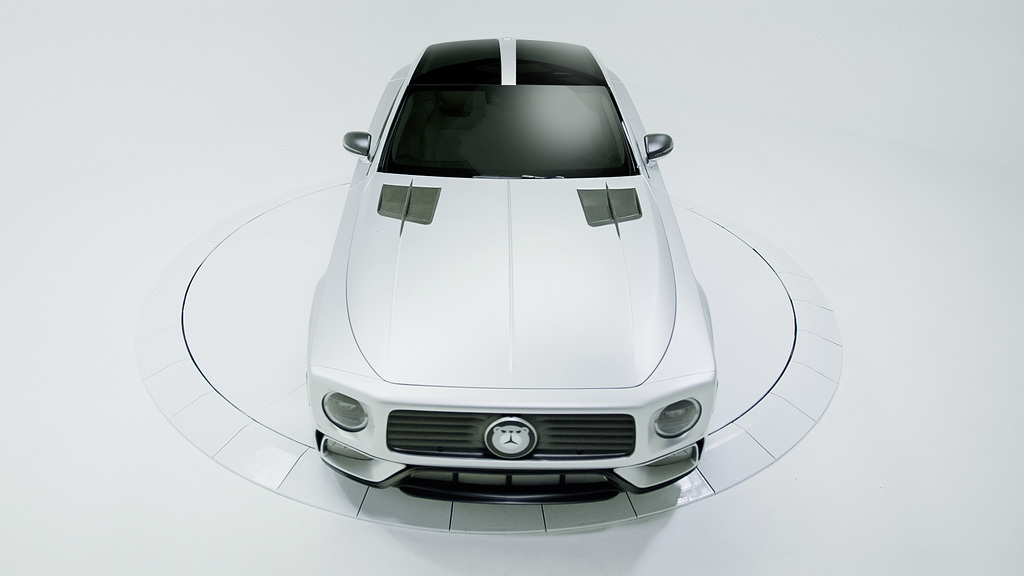 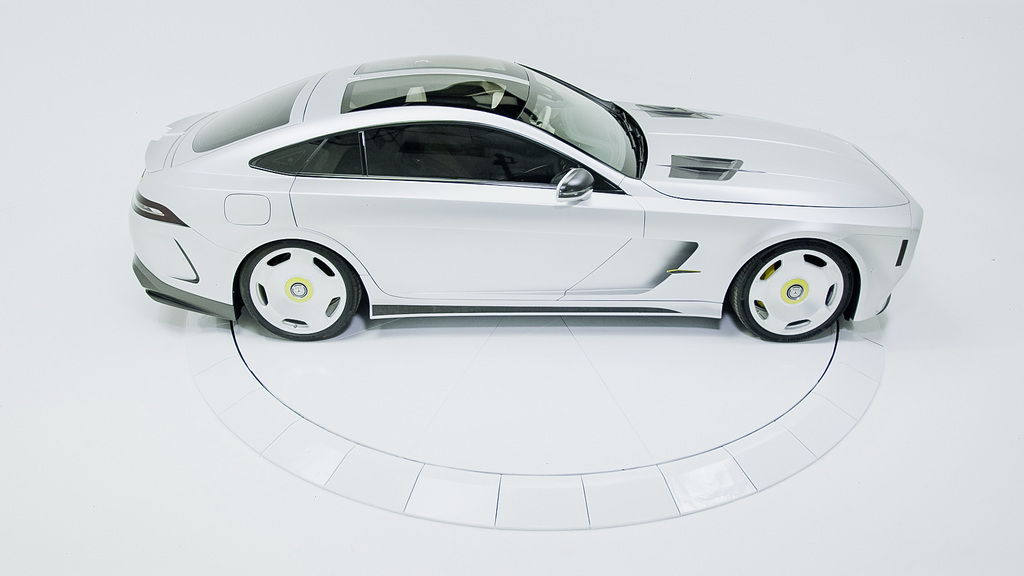