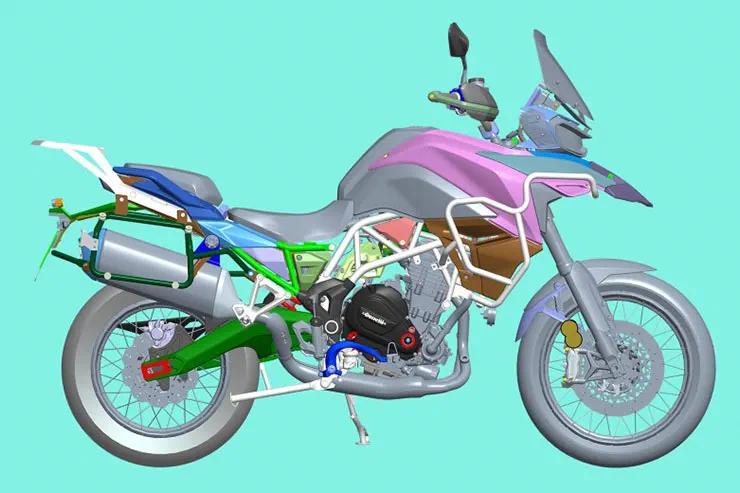 In April 2022, type-approval documents of the new Benelli TRK 702 adventure leaked in China. Now, thanks to a new design patent leak for the new adventure bike, we get to see the design of the upcoming Yamaha Tenere 700 rival. In addition to giving us a look at the motorcycle’s design, it also shows some interesting technical additions. With the new TRK 702, the brand will aim to offer more performance while also remaining at the affordable end of the market. Benelli will also sell the bike under QJMotor in China. However, there might be some styling differences for the Chinese market.

Benelli TRK 702 Design Patents Leak – What Do We See?

The TRK 702 will get a similar design to that of the TRK 800, which is available internationally. The leaked patents show it features a similar split-LED headlight and butch bodywork. The model in the pictures seems to be the off-road focused variant. It gets crash guards all around the fairing as well as aluminium knuckle guards. The model in the pictures also rides on spoked wheels. However, Benelli will likely offer also offer a version with alloy wheels. As it is a typical touring-focused ADV, we can also see saddle stays and provision to mount a top box.

Interestingly, the bike will likely get cameras at the front and back. The front camera sits just below the LED headlight. Meanwhile, the rear one is mounted right below the taillight. Benelli introduced the tech in 2020 with the 1200GT in China. Such cameras are trending in the Chinese market. The cameras are essentially dash-cams. They will be able to feed live images to the bike’s TFT instrument cluster. The cameras will also be able to record videos. The idea is to either simply be able to replay the rides or provide evidence in case of an accident.

The TRK 702 will combine a chassis that is similar to the TRK 502 with a new engine. The new engine will be similar to CFMoto 700CL-X’s twin-cylinder mill. The displacement of the engine will be 693cc and share an identical bore and stroke as the CFMoto. The engine will likely churn out around the same power as the TRK 800. Thus, it will be around 75 HP. However, the new engine is lighter and more compact than the current Benelli engine. From previous leaks, we also know the bike will weigh 220 kg. The weight figure is similar to the Yamaha Tenere 700 World Raid.

Also Read: New QJMotor 600RR hints at a Benelli Tornado for the future 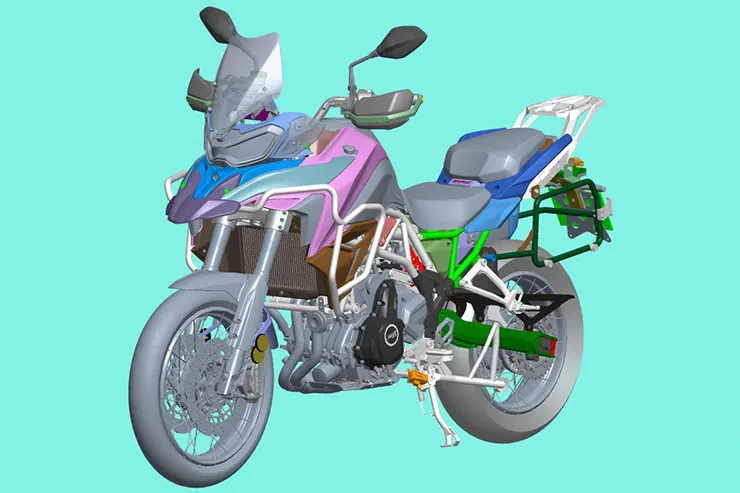 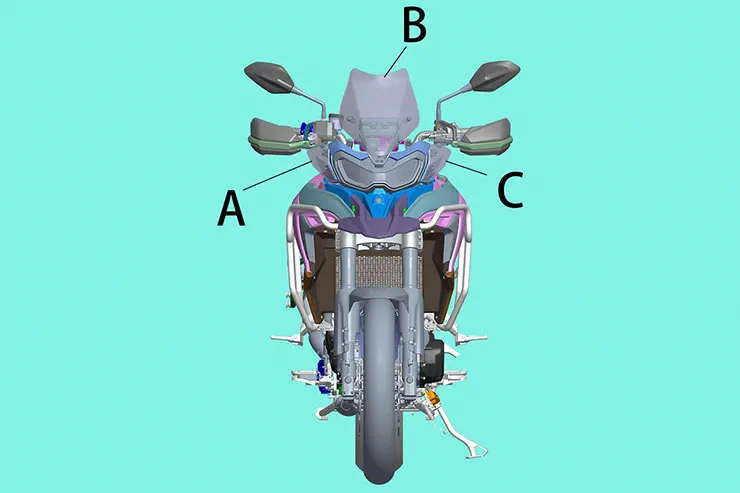 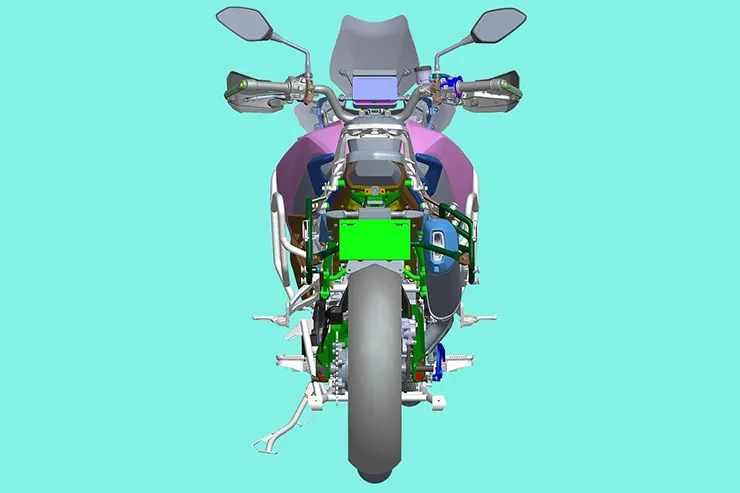