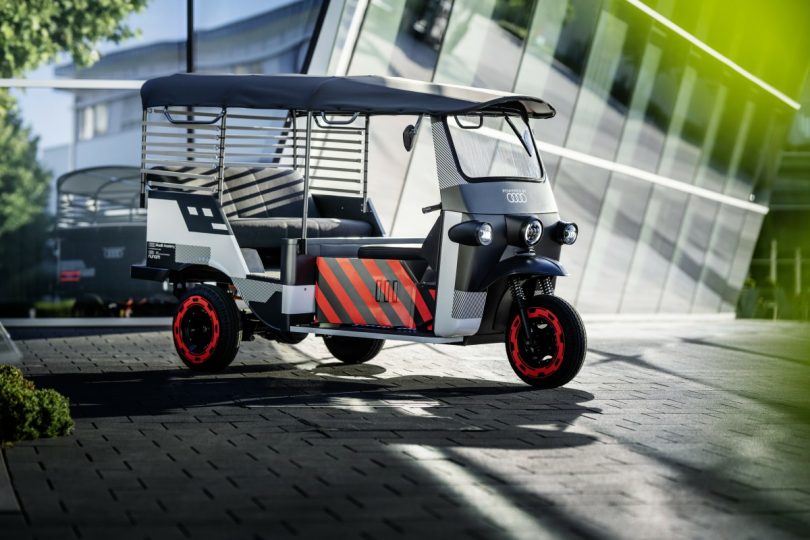 Soon, a German-Indian start-up, Nunam, will bring three electric rickshaws to the roads of India. The highlight of these will be what will power these e-rickshaws. Nunam will take the batteries for these from the test vehicles from the Audi e-tron test fleet. Thus, giving a second life to the electric car batteries. This is also Audi Environmental Foundation’s third project phase with the non-profit start-up Nunam. The pilot project will start in early 2023.

According to Nunam, the old batteries from the Audi e-tron are still very powerful. The company further adds that these second-life batteries can have a huge impact when used appropriately. They will also help people in challenging life situations earn an income and also gain economic independence. All of this, in a sustainable way. Furthermore, the project aims to bring more opportunities for women in India. They can use these electric rickshaws to transport goods to the market for sale without the need for any intermediaries.

Nunam’s E-Rickshaw With Second-Life Batteries – How Are They Made?

Nunam’s primary goal is to develop ways to use old batteries as a second-life power storage system. Thus, extending the life of the batteries and also using resources more efficiently. The company says that even though electric carmakers design the batteries to last the life of the car. However, they still have a lot of power left even after the initial use. Vehicles such as e-rickshaws with a lower range, power requirements and weight make an ideal use case scenario.

The trainees at Audi’s Neckarsulm site and Nunam are closely working together to build a show rickshaw for the GREENTECH FESTIVAL in Berlin. Firstly, the trainees replaced the combustion engine with an electric one. In addition to this, they also designed the underfloor to accommodate the second-life batteries. Another challenge was to make it splashproof. The companies did all of this while still using maximum recyclable materials as possible. The project also involved a team of Mechatronics technicians, coachbuilders, painters, IT specialists, tool mechanics and automation technicians.

Electric-powered rickshaws are not an uncommon sight on Indian roads anymore. However, they often use lead-acid batteries. These batteries have a short service life and are often not disposed of properly. In addition to this, most users charge these e-rickshaws at public charging grids. These grids also have a high proportion of coal-fired power in the country. Nunan will also be providing a solution for this.

The company’s e-rickshaws will charge using power from solar charging stations. The solar panels will be located on the roofs of the local partner’s premises. During the day, the sunlight will charge an e-tron battery, which will act as a buffer storage unit. Then, in the evening or night, the same can be used to charge the e-rickshaws. The approach also makes local driving largely carbon-free. The company also developed these charging stations internally.

However, the battery’s life won’t end after spending life in an e-rickshaw. The battery will get another lease of life. In a third step, Nunam will utilise the batteries’ remaining power for stationary applications, such as LED lighting. Nunam says it wants to get everything possible out of each of the batteries before it goes for recycling.

Imitation Is More Than Welcome

Nunam will continuously monitor the e-rickshaws’ range and performance. Then social entrepreneurs will make all the data they collect available on an open-source platform for potential imitators. In fact, the company encourages imitation. Audi Environmental Foundation says that initiatives like these are the need of the hour. Finding new use cases for used batteries or e-waste will help worldwide. Hence, Nunam also shares its knowledge to motivate more similar initiatives. Furthermore, Audi says the development of second-life components can also drive the eco-social revolution forward.

Using second-life batteries, electric rickshaws, and solar-powered charging stations will have huge benefits. This will also help India reduce its dependency on fossil fuels such as coal in the long term. Thus, also reducing a huge volume of exhaust emissions. Additionally, it will also provide people with a reliable power supply. Audi says that the project points us in the right direction moving forward in many ways. 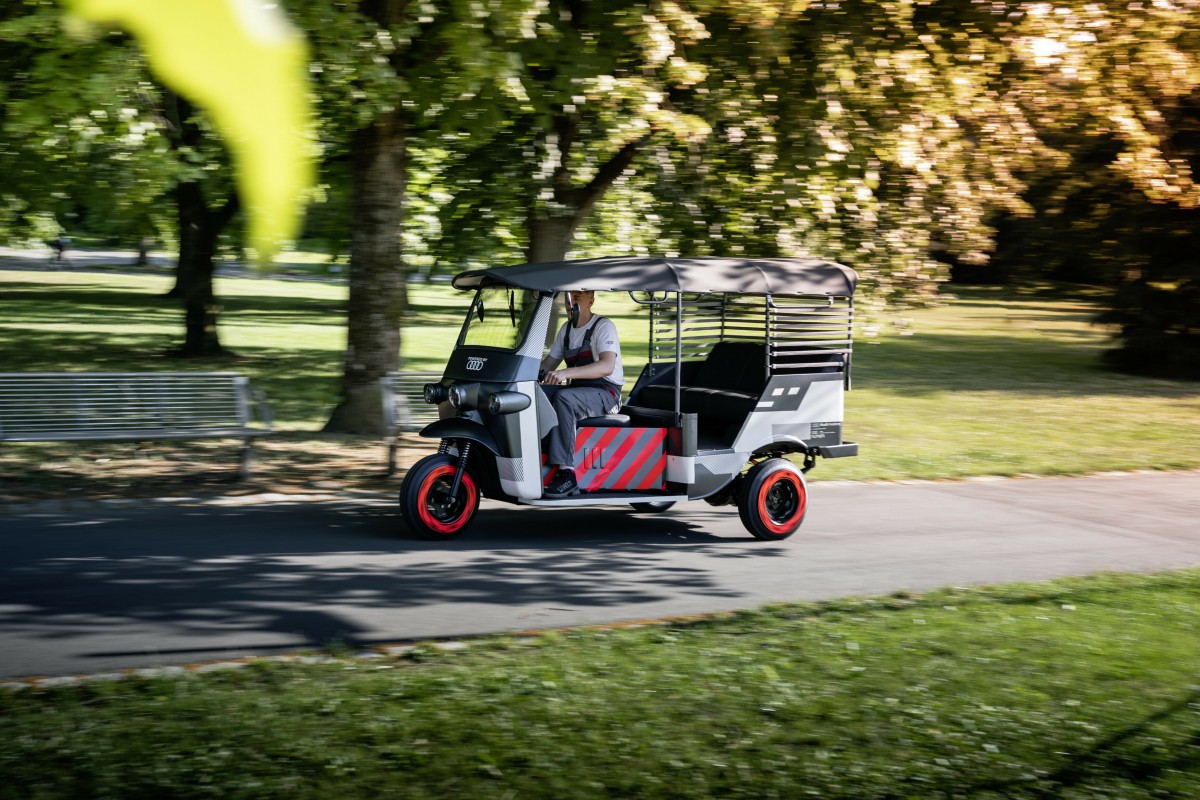