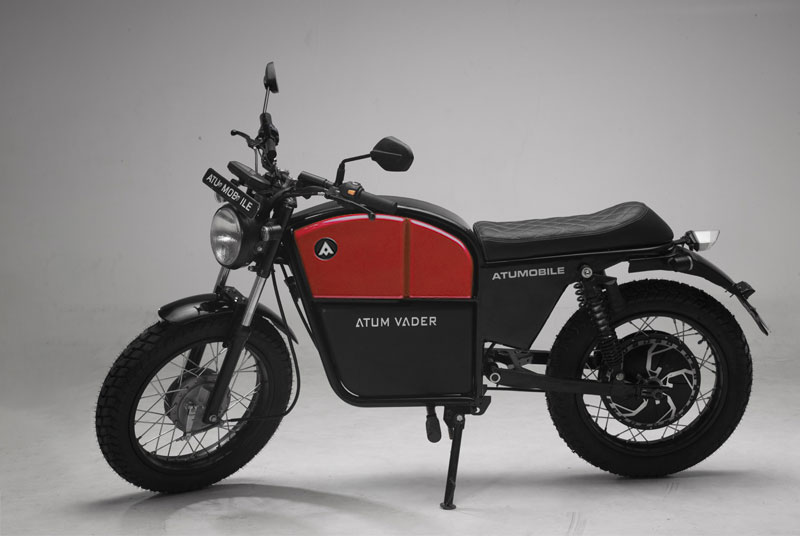 About two weeks ago, we found out that Atumobile will launch a new high-speed electric cafe racer for the Indian market. The new electric cafe racer will come with a sticker price of INR 99,999. However, this pricing is an early bird offer and is only valid for the first 1000 customers. Interested customers can book the Atumobile Atum Vader by paying INR 999.

About two weeks ago, Atum Vader got its ARAI approval. Thus, making it one of only two ARAI-approved electric bikes in the country. The company’s first product, Atum 1.0, was launched in October 2020. Unlike the Atum Vader, the Atum 1.0 is a low-speed electric cafe racer. The model has garnered over 1000 customers so far.

Given the rise in fuel costs, people are adopting EVs like never before. The current high-speed electric two-wheeler market is dominated by scooters. These scooters retail at a much higher price point than the Atum Vader. The Atum Vader uses a tough tubular chassis and gets features like LED turn signal indicators and LED taillight. The boot space of the Atum Vader is 14 litres. The new electric motorcycle will be available in five colour options. These are – Red, White, Black, Blue and Grey.

Atumobile will manufacture the Atum Vader at its Net Zero manufacturing facility in Patancheru, Telangana. The company also recently increased its total production capacity from 25,000 units to 3,00,000 units. The manufacturing facility is also powered by ATUM. It is the world’s first electricity-generating solar roof. This roof spans a total of 20,000 sq. ft. in area.

The Atum Vader uses a 2.4 kWh battery pack. Meanwhile, the top speed of the Atum Vader is 65 kmph. According to the company, the Atum Vader will deliver up to 100 km on a single charge. The founder of the company also says the company kept in mind the Indian road conditions while designing the bike. Thus, the bike offers high-end off-road tyres. These will also enable customers to take it for mild off-roading. 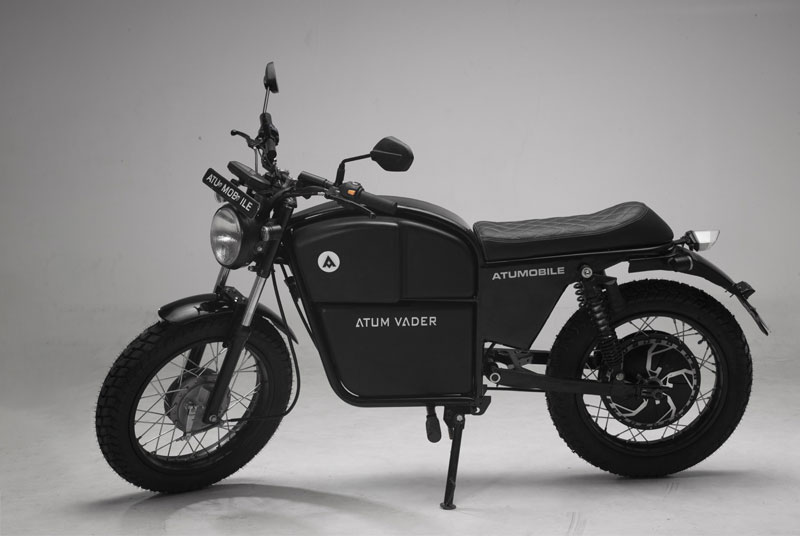