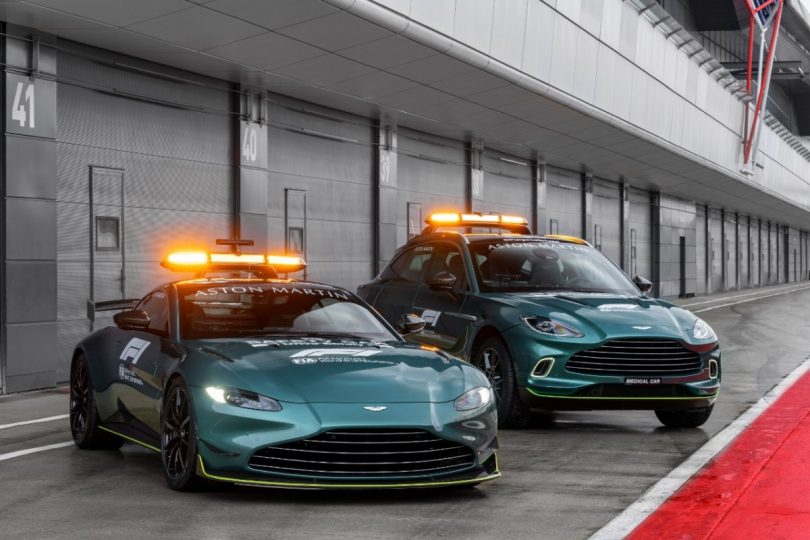 The Formula One 2021 season is about to kick start in two weeks time from now and for the first time in the history of the sport, Aston Martin will provide the Official Safety and Medical cars. Last season, the crash of Romain Grosjean in the Bahrain Grand Prix proved the paramount importance of the medical car, which was the first to reach and rescue Grosjean from the flames. For this season, the Aston Martin Vantage will take up the responsibility as the official safety car meanwhile the Aston Martin DBX will be used as the official medical car.

The safety car deployed by the Race Control unit takes up the responsibility of controlling the pace of the pack in case of bad weather or an emergency situation aiding the circuit officials to neutralize the situation as early as possible. It is a known fact that Formula One cars run at a very high speed and if driven at a slow pace, the temperature of the tyres drop down significantly thus impacting the lap time. Thus, at the time of deployment of the safety car, it needs to maintain an optimal speed and thus the Aston Martin team worked out a way to improve the already sporting Vantage to meet the requirements of FIA and improve track performances. Thus, the power output from this particular Vantage powered by a 4.0-litre twin-turbo V8 engine is 535 PS, up by 25 PS from the stock variant.

Aston Martin DBX will replace the Mercedes-AMG C63 S wagon as the official medical car for Formula One 2021 season. The car powered by a 4-litre, twin-turbo V8 engine same as that in the Vantage can propel the SUV from 0 to 100 kmph in just 4.5 seconds making it the first choice to handle any emergency situation. The car gets all advanced tech which helps to track and monitor the health status of all the drivers, the location of all racing cars, and more.  Both the cars will wear the iconic British racing green shade same as that to Aston Martin’s AMR21 Formula one car. 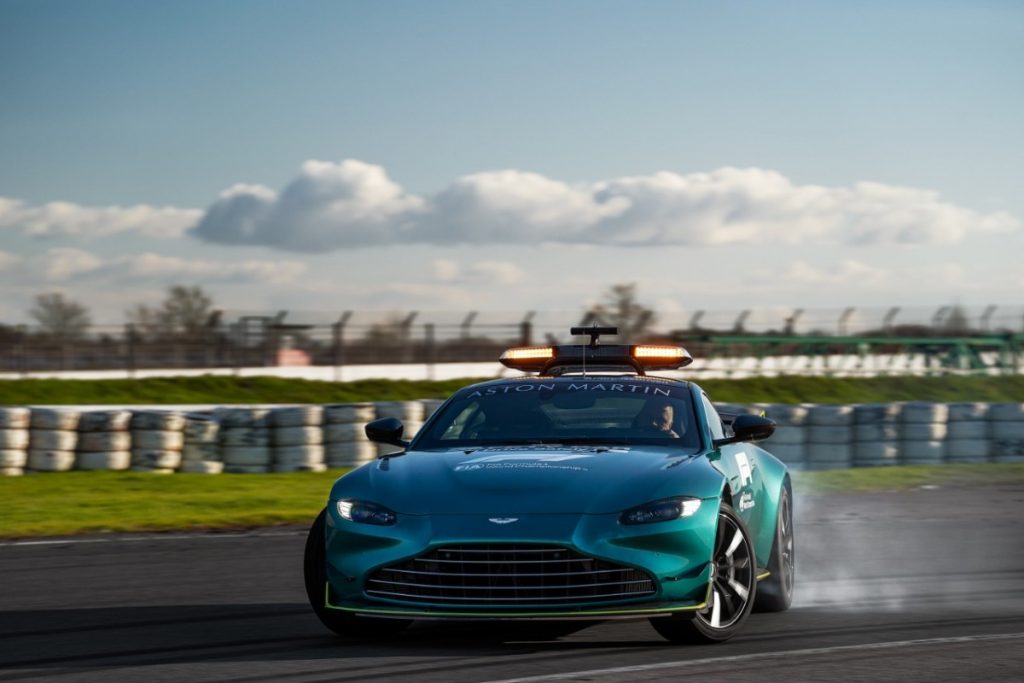 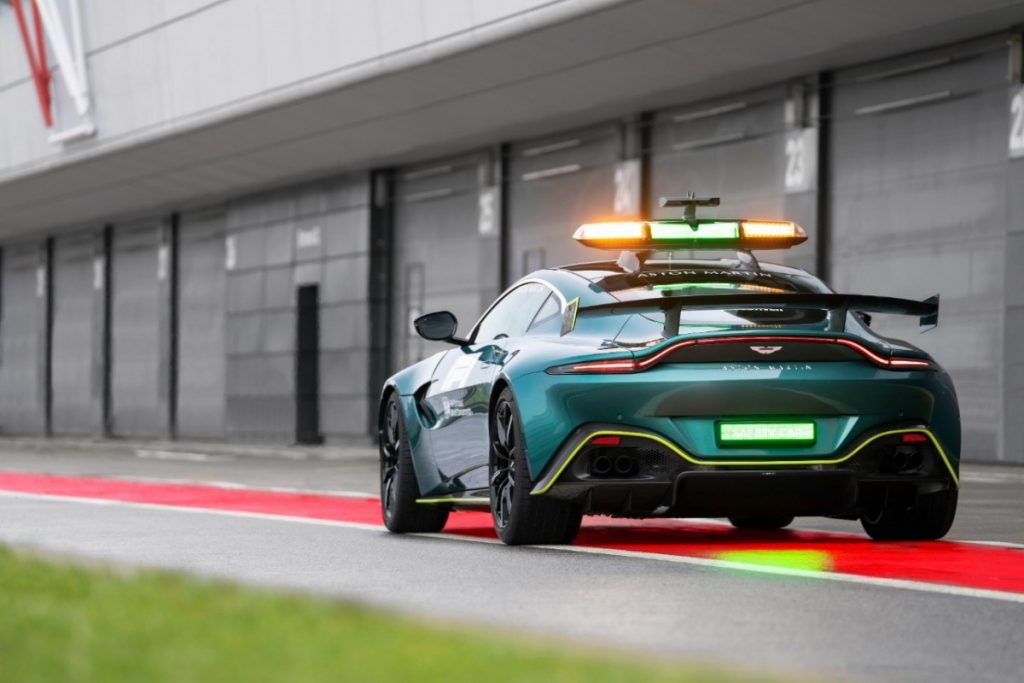 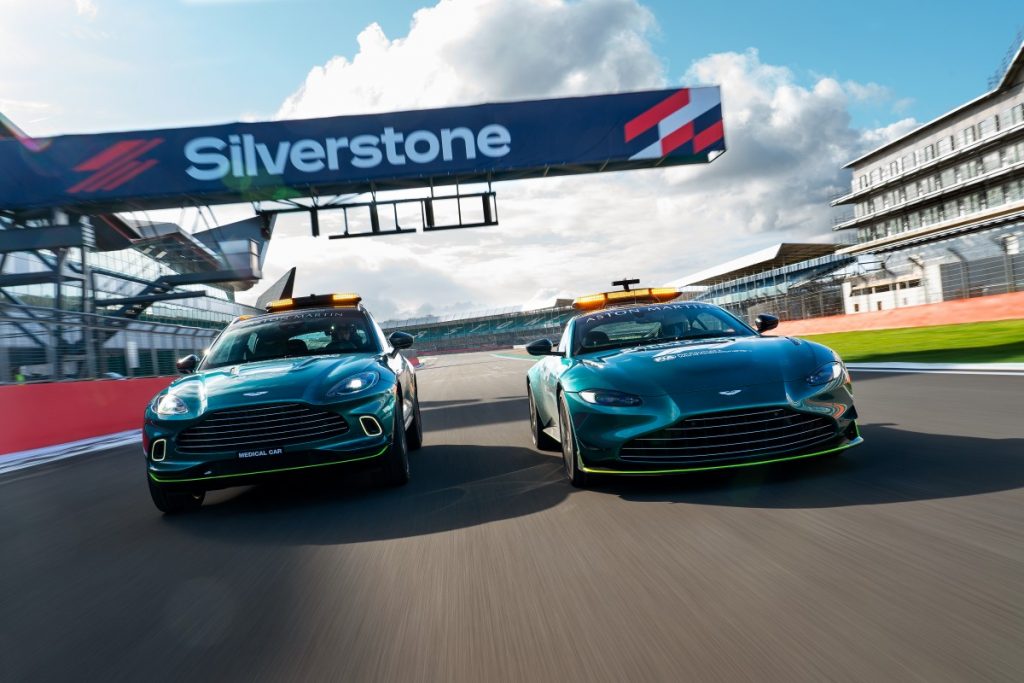