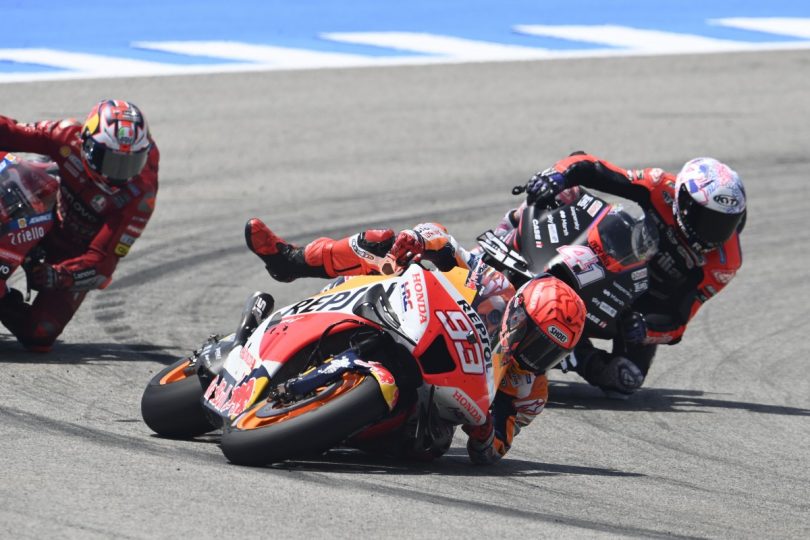 After a difficult start to the season, Marc Marquez is back. The Spaniard proved just that at the Gran Premio Red Bull De España at the Circuito de Jerez – Angel Nieto. The race weekend saw over 60,000 people gathering, and they were not disappointed.

Earlier in the year, Marc Marquez suffered from a high side crash. The crash happened in the warm-up session at the Indonesian GP. Marquez was largely uninjured but sustained a concussion and minor traumas. As a precaution, MotoGP medical team and the Repsol Honda Team decided that he would not participate in the Indonesian race. On his way to the next race, he began experiencing discomfort with his vision. Marc Marquez had an emergency visit with his ophthalmologist. The examination confirmed relapse of the diplopia he suffered in November. Ultimately, Marquez did not participate in the Indonesian GP and the Argentinian GP. However, the Spaniard was back for the Americas GP at the Circuit of the Americas.

Starting from 5th on the grid, Marc Marquez launched off the line well. On the way to the first corner, he was sandwiched in between Takaaki Nakagami and Aleix Espargaro. Marquez used another racing line and dove on the inside. The move made him get past Aleix Espargaro.

Following this, the next rider in his sights was Jack Miller. The trio – Jack Miller, Marc Marquez and Aleix Espargaro continued in the same positions. All the three fought for the final podium place. Furthermore, Miller’s use of a defensive line meant Marquez couldn’t make a clean move. He kept studying the Ducati’s weaknesses around the track. Although, with just five laps to go, Marquez made his move. Jack Miller being strong on the brakes meant Marquez couldn’t out-brake him. Hence, he made his move through the fast Turn 5.

Marquez had another one of his incredible saves coming into the final corner. However, this allowed Aleix Espargaro to get ahead of both. Refusing to hold back, Marquez fought for the 4th place with Miller. He was pushing the Honda RC213V to its limit. Marquez made his home crowd get into a frenzy as he left long black lines around the track. Ultimately, getting ahead of the Ducati and finishing the race in 4th place. 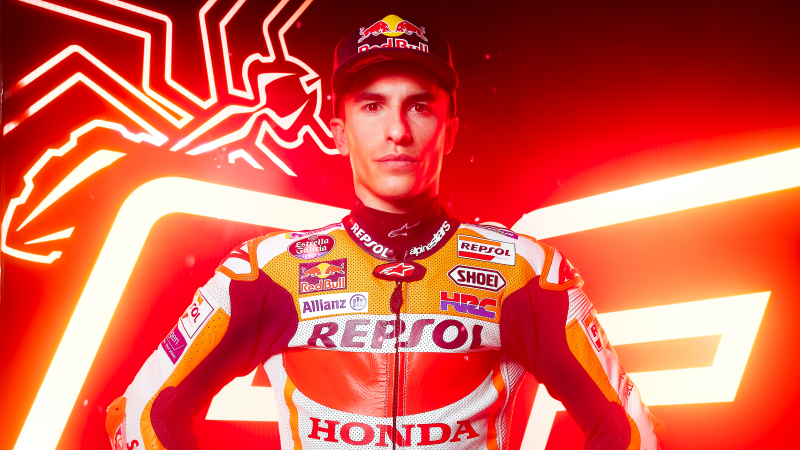