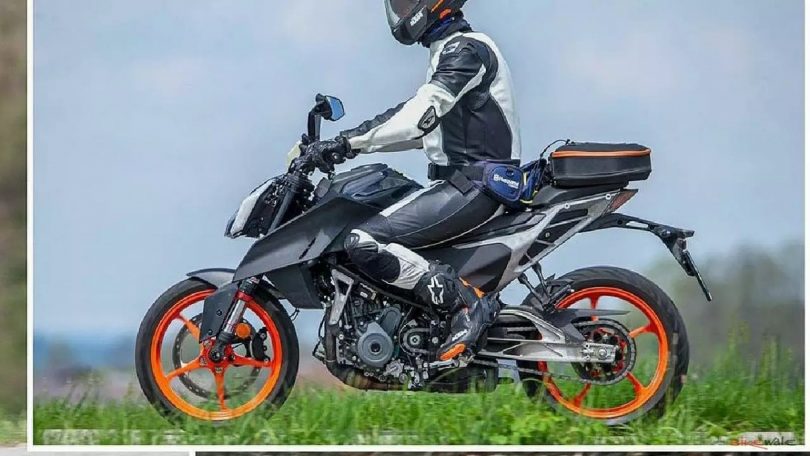 KTM continues to test the 2023 390 Duke in India as well as abroad. We recently saw the new 390 Duke testing on Indian soil for the first time. Before this, spy shots of the new model had surfaced online much earlier. With passing time, the 390 Duke seems to be dropping its camouflage, giving us a better look at the upcoming bike. The new spy shot from abroad does just that.

It’s been a while since KTM has been testing the next iteration of the 390 Duke. The model got a major update in 2017. Since then, the updates have been subtle. KTM included a quickshifter and also updated the bike to meet stricter emission norms in 2018. Hence, KTM has not updated the 390 Duke in a while. Although, the next update, which will likely come in 2023, will be a major one.

The new spy shot reveals quite a lot of the design and also some mechanical bits. The front of the bike will sport a much different look than the current one. The headlight will draw inspiration from the larger Duke models. Hence, the headlight will get a sharper rake angle and a larger and sharper cowl. Unlike the current 390 Duke, the tank shrouds will also grow past the forks of the bike.

From the sides, we can see the 390 Duke will borrow the same new wheel design we see on the 2023 RC 390. Other major noticeable differences are the new subframe and swingarm. The new subframe of the new 390 Duke will be completely new. It will be similar to the one on the 790 and 890 Duke.

The 390 Duke will also likely borrow the updates KTM made to the 2023 RC 390. These will include new brakes, wheels, a larger airbox and more. The engine will be the same 373cc liquid-cooled single-cylinder unit. Power and torque outputs will be similar to the new RC 390. Hence, it will make 42.9 BHP and 37 Nm of torque. 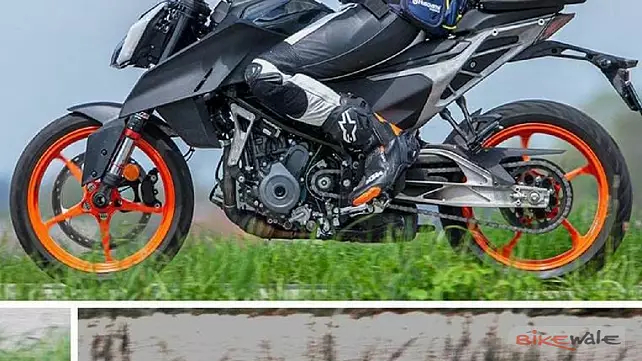