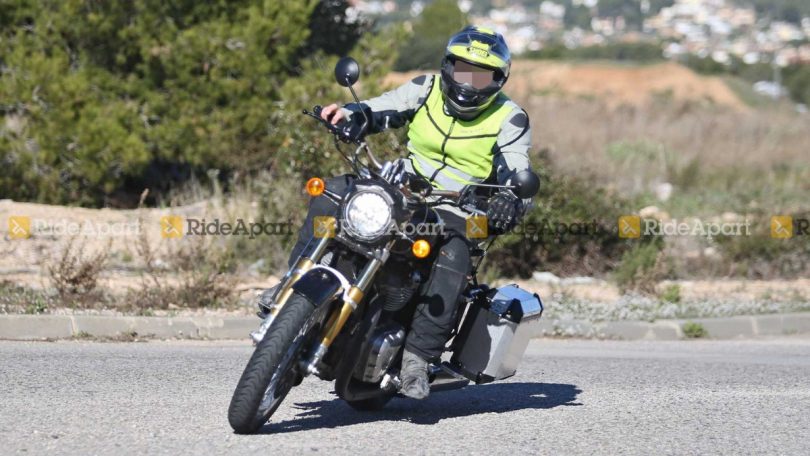 The Royal Enfield Super Meteor spy shots suggest that the motorcycle will target customers looking for a long-distance touring motorcycle. According to spy shots, the Super Meteor will come with a rounded headlamp with a chunky headlamp mask. The motorcycle features a large teardrop-shaped fuel tank. The test mule also appears to come with split seats and wide handlebars. Enhancing the riding ergonomics are mid-forward set footpegs offering a power cruiser stance.

The Royal Enfield Super Meteor spotted testing also boasts special touring accessories such as a top box and hard side panniers. Unlike the Interceptor 650 and Continental GT 650, the motorcycle does not come with an upswept exhaust. Instead, the motorcycle comes with straight pipes that help accommodate the large panniers and also keep the stance low.

Powering the Royal Enfield Super Meteor 650 is likely to be the same power train from the Interceptor 650 and Continental GT 650. The 650cc twin-cylinder power unit produces 47 Hp of power and 52 Nm of torque paired to a 6-speed transmission. Spyshots also reveal that the Super Meteor will come with golden front forks, spoke wheels and road-biased tyres. The brand is likely to tune the suspension according to the new motorcycle’s dynamics. 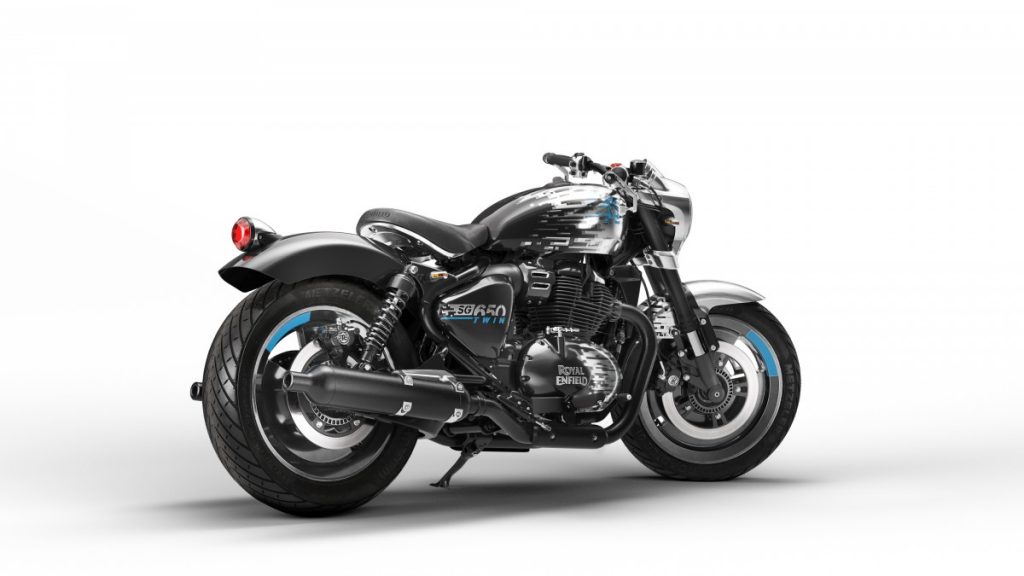 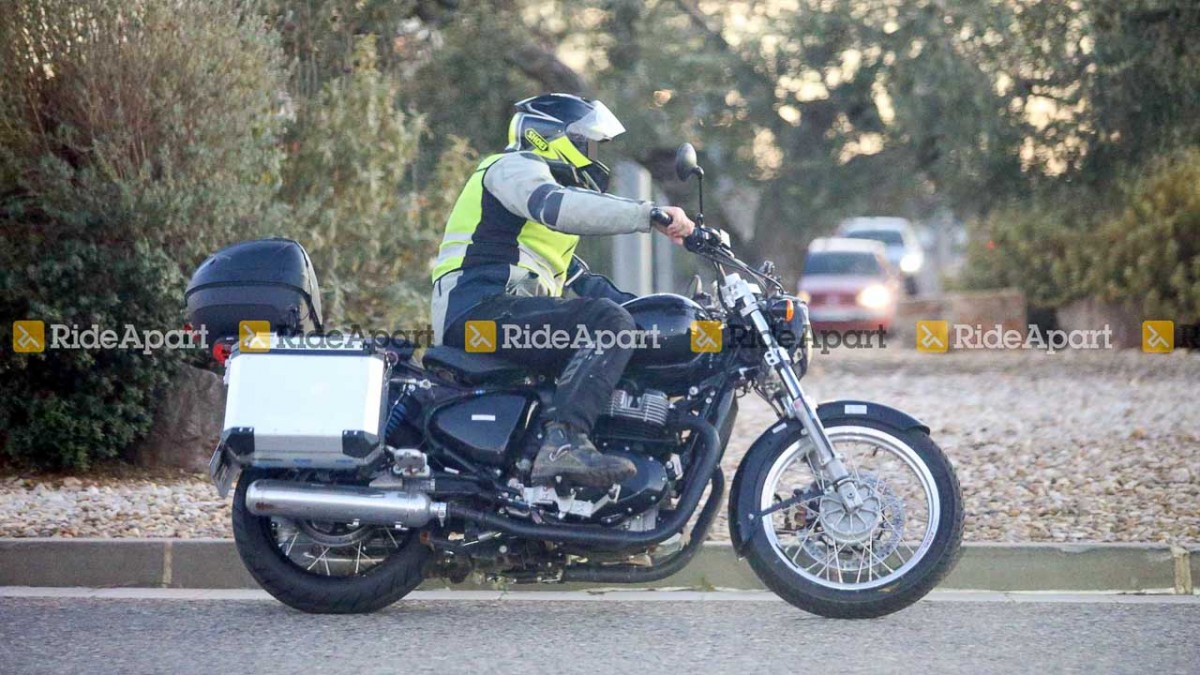 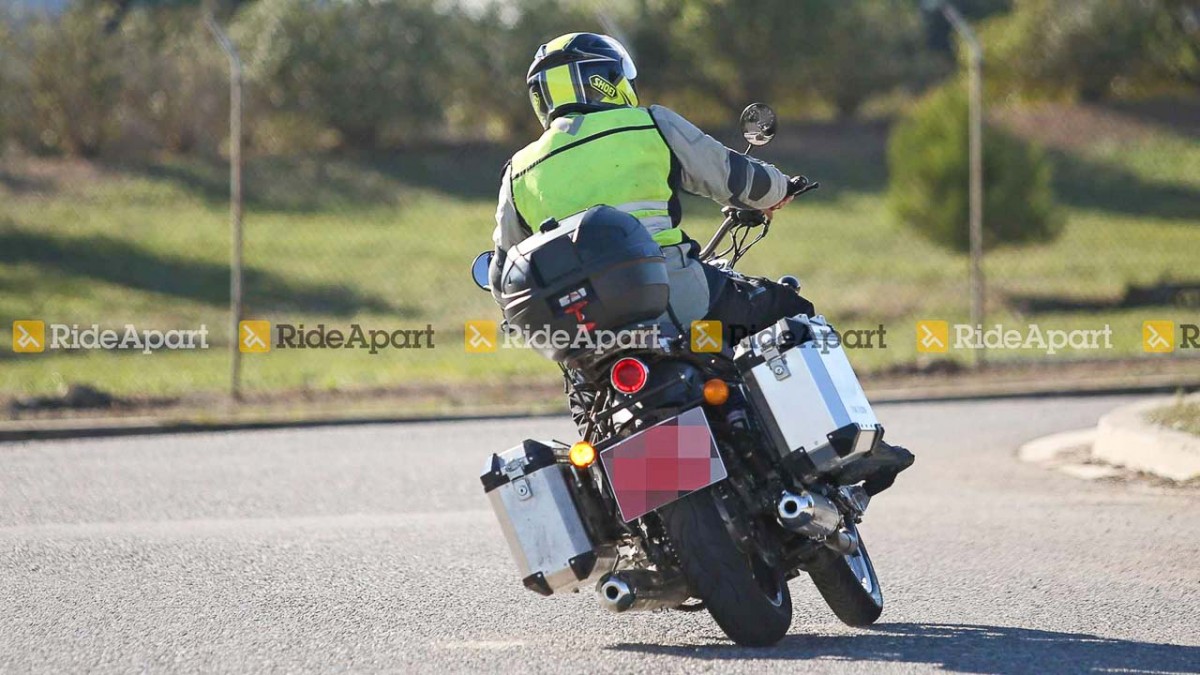