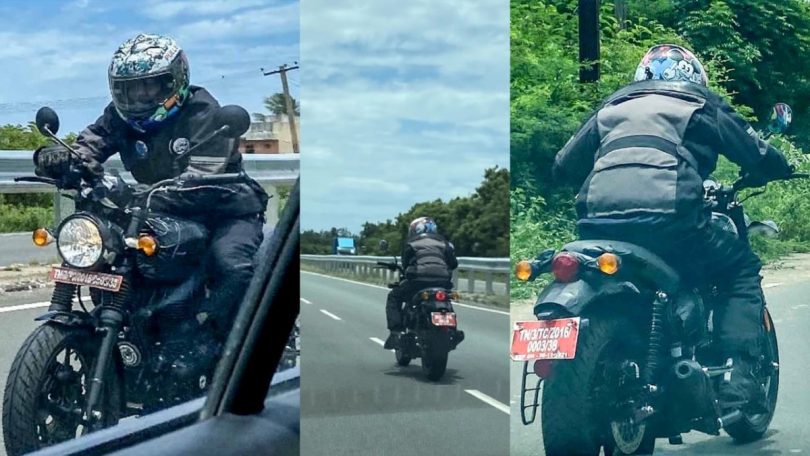 News of the Royal Enfield Hunter 350 has been surfacing for a long time. The bike manufacturer took its time to finally confirm the name of the motorcycle, although not in an official announcement. Thanks to a new type-approval leak, we can now confirm the name of the motorcycle. Furthermore, this also hints that the launch of the bike is nearing.

So far, we have seen tons of spy shots of the Hunter 350 test mules. There have also been leaks regarding the accessories the brand will offer for the Hunter 350. Sources say some of the accessories will be a part of standard equipment on the top-spec variant of the bike. At the same time, customers will be able to purchase them separately. The accessories include a pillion backrest, a fly screen and fork gators.

As of now, we don’t know the wheel sizes. However, we do know that it will get alloy wheels with an identical design to the Meteor 350. As for the braking hardware, it will feature discs at both ends. Although, the brand will likely offer single-channel ABS to keep costs in check. Suspension components will be identical to the Meteor 350. It is also likely that the Hunter 350 will get a smaller fuel tank capacity due to its smaller size.

Royal Enfield will launch the Hunter 350 in the Indian market on 7th August 2022. Thus, it won’t be long before we get to see the final product without any camouflage. As for the pricing, Royal Enfield will likely price it in the range of INR 1.5 lakh to 1.7 lakh ex-showroom. At that price point, it will compete with the likes of the recently launched TVS Ronin, Yamaha FZ 25 and the Bajaj Dominar 250. 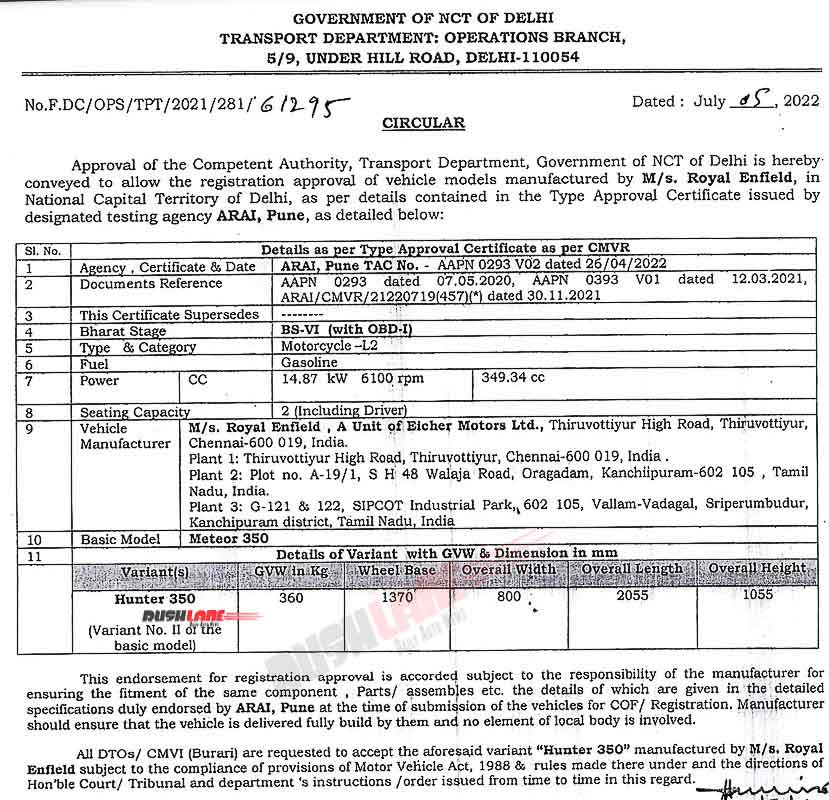