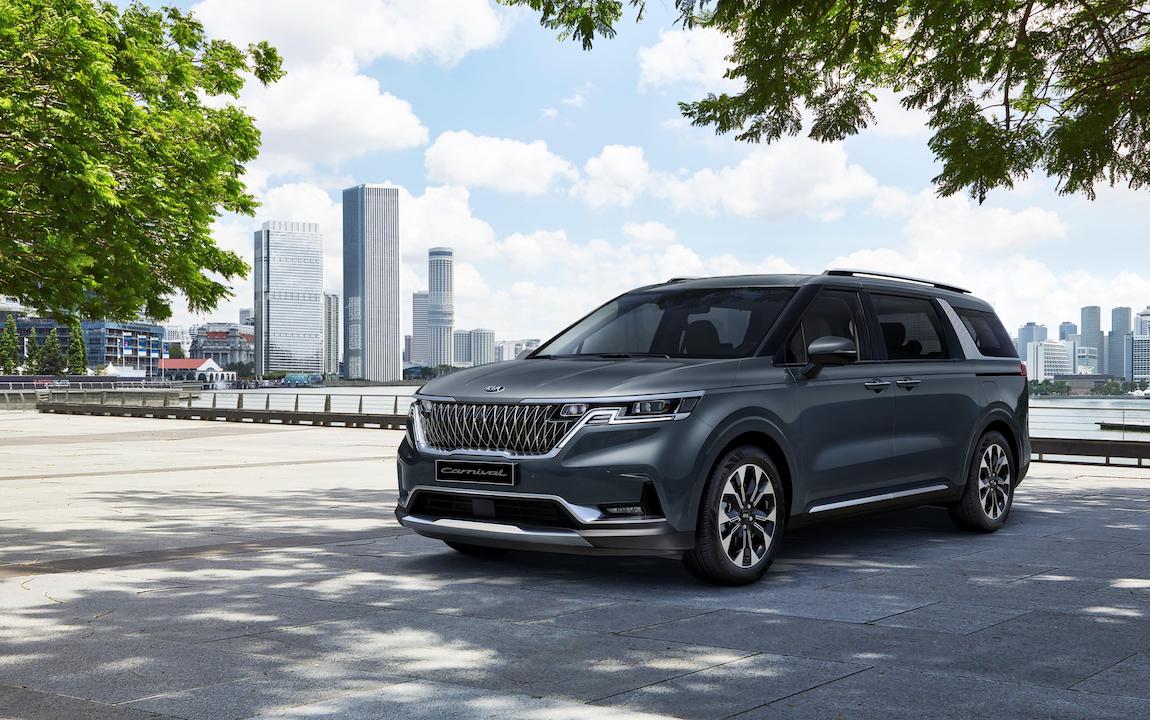 Just a week ago Kia officially teased the next-generation 2021 Carnival in design renderings and now the brand has now shared the first few images of the new Carnival which Kia positions as the ‘Grand Utility Vehicle’ planned to be introduced for sale in the third quarter in the Korean market.

The fourth-generation model builds on its predecessor but draws its design inspiration from Kia’s futuristic SUVs and brings a stylish presence to the new car. Kia’s designers call this ‘Symphonic Architecture’, creating a sense of harmony and structural energy when the detailed design is brought together with its technical features.

The MPV features a larger Kia Tiger-Nose signature grille with a criss-cross mesh that extends into the bumper, sharp & futuristic headlamp units along with seamless character lines and a unique LED light tubes on the daytime running lights, have a geometric design on the bumper, rounded wheel arches, a floating roof design, blacked-out pillars with a new C-pillar design inspired from the Kia Sorento, LED tail lamps that encompass the rear from end to end.

The brand has not revealed the interior details of the 2021 Carnival but spy pictures the past reveals that the Carnival is likely to get a completely new dashboard with dual touchscreens and fully digital instrument console. The MPV will also retain multiple seat configuration along with a dual sunroof setup.

Kia has not revealed the engine configuration yet and is expected to be revealed in the coming week. Just to put things into perspective, the current-generation Carnival in India is a BS6-compliant 2.2L VGT four-cylinder common rail direct injection engine which produces 200 Ps of power and 440 Nm of torque mated to an 8-speed Sportsmatic Automatic transmission. The next-generation MPV is expected to retain this engine and additionally, that brand is likely to offer the 2021 Carnival with a 2.5-litre turbo-petrol engine that develops 280 Hp and powers the Kia Sorento, for petrol favorable markets. The brand is also likely to offer electrified powertrains on the 2021 Kia Carnival.

While the brand has announced that the 2021 Kia Carnival will be launched in the South Korean market in the third quarter of 2020, the current-generation Carnival has been launched in India in February 2020 and the next-generation model is expected not before 2022. 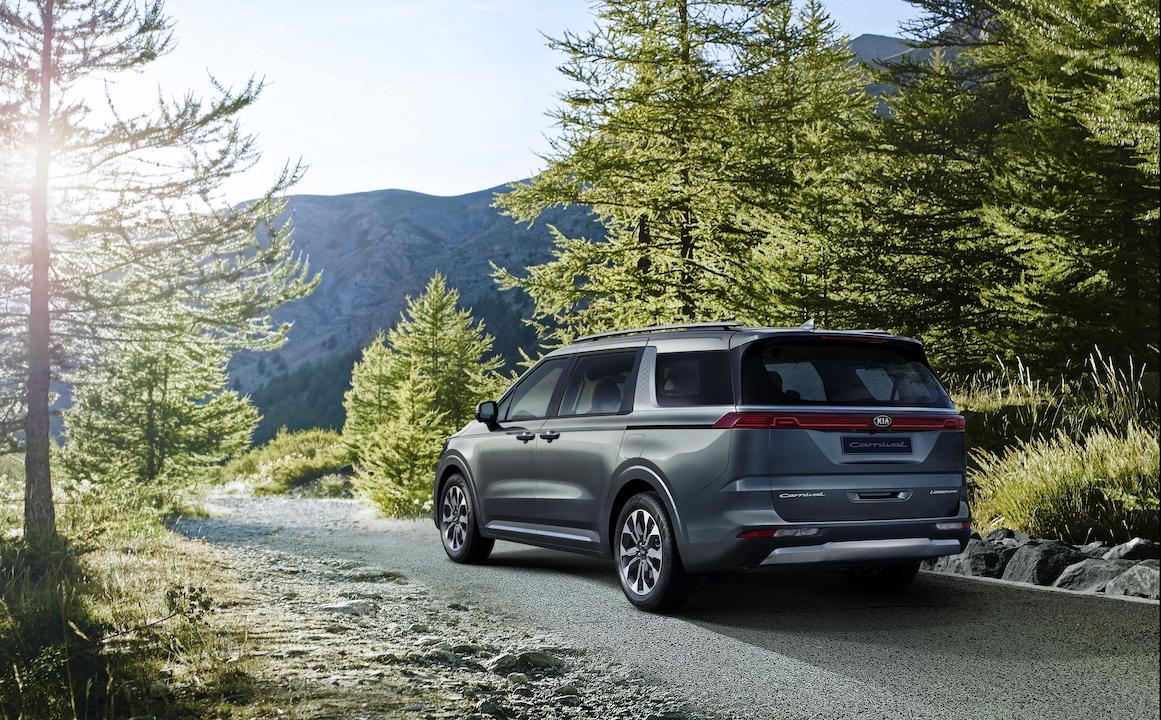 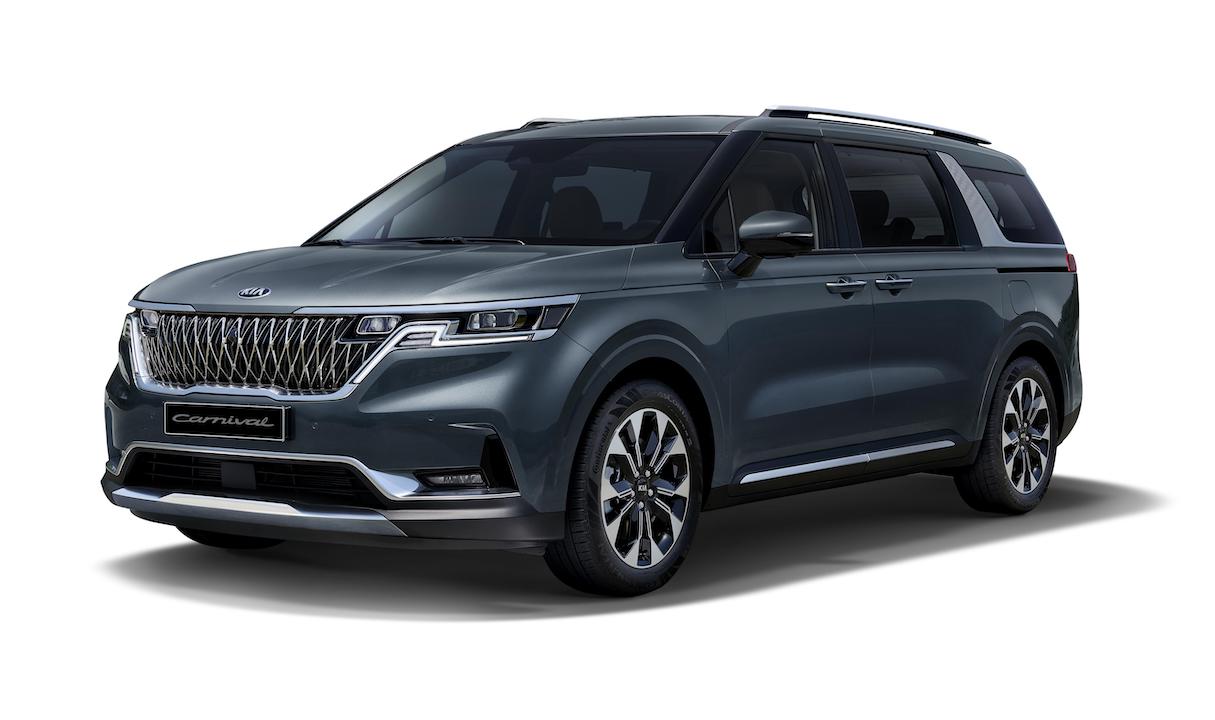 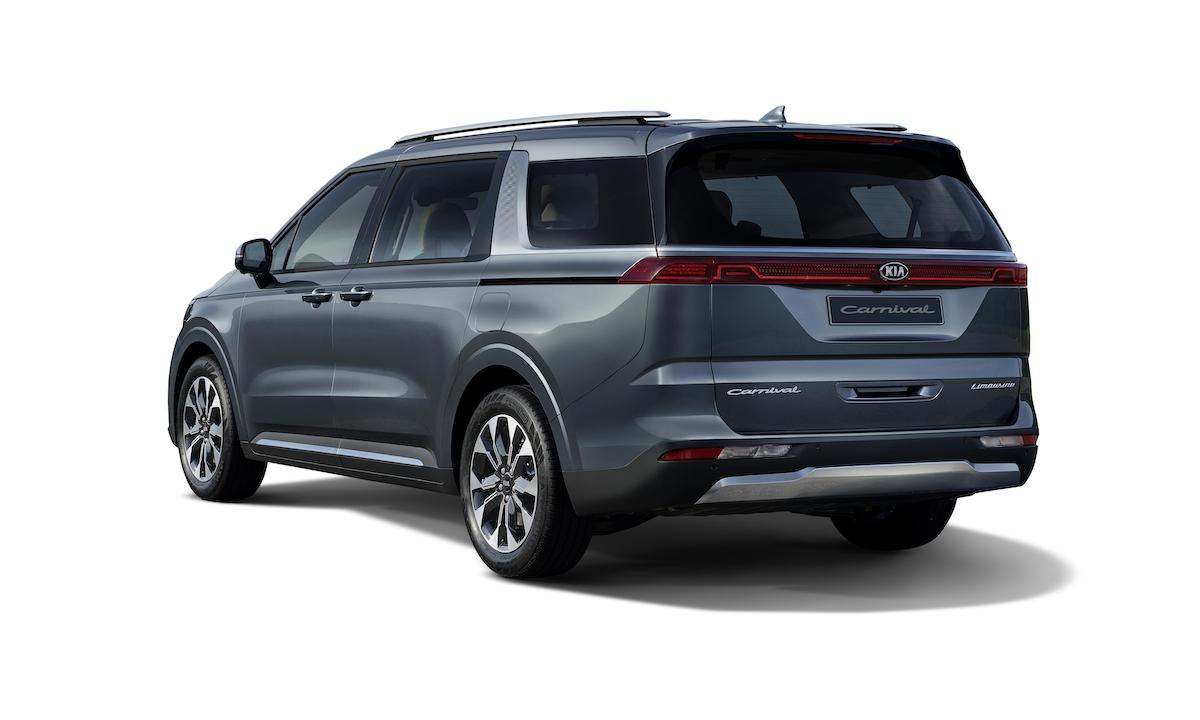