A couple of months back, Yamaha created quite a stir when they launched the YZF-R25 sportsbike in the Indonesian market. Although a bit too late for the party, loyalists all around the world appreciated the fact that Yamaha finally have a quarter-litre sportsbike in the market. Now, Yamaha has officially revealed the YZF-R3 for the European markets. The R3 is basically a bored out version of the R25 and gets a slightly bigger engine.

The R3 is powered by a 321cc, liquid-cooled, 4-stroke, DOHC, in-line twin cylinder petrol motor producing 42 PS of power @ 10,750 RPM and 29.6 Nm torque @ 9,000 RPM. Engine is mated to a 6-speed gearbox. Suspension duties are still performed by a telescopic front fork and a rear monoshock. The bike gets a 2 into 1 exhaust system and the weight has gone up to 169 kg. The bike rides on a tubular diamond type chassis with 50:50 weight distribution but enthusiasts will miss the handling characteristics of the deltabox frame. The bike has a fuel tank capacity of 14 litres. Considering the European markets preference for safety, Yamaha offers ABS as standard.

Sometime back, a Yamaha R25 had already made it to the Indian soil, probably for R&D purpose. Chances of Yamaha choosing to launch the R3 in India instead of the R25 look a little low, since pricing would move much higher and also, the bike is meant for more developed markets. 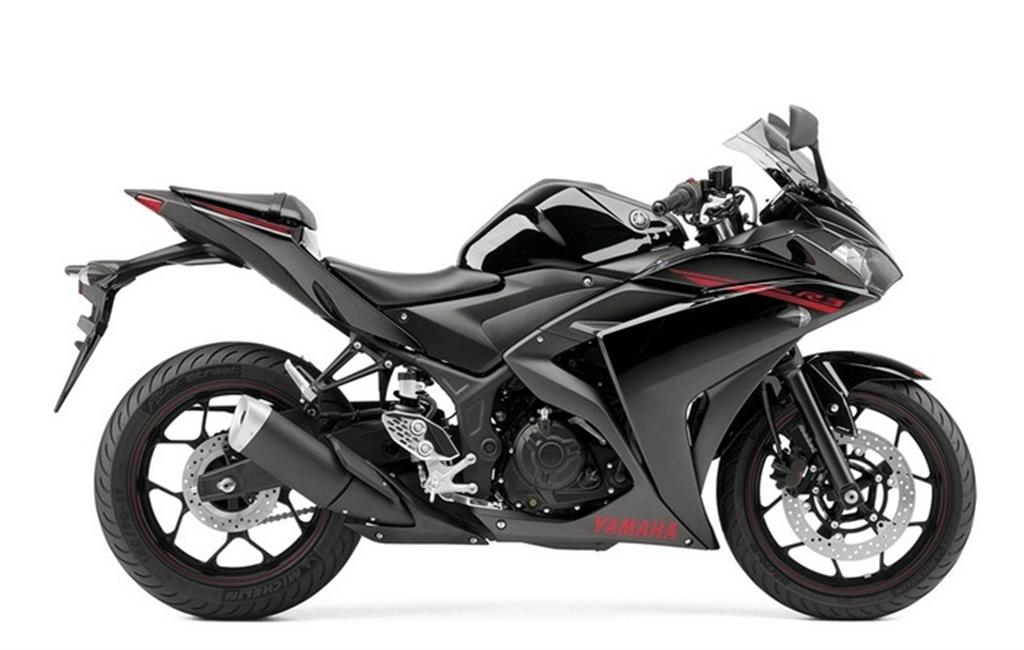