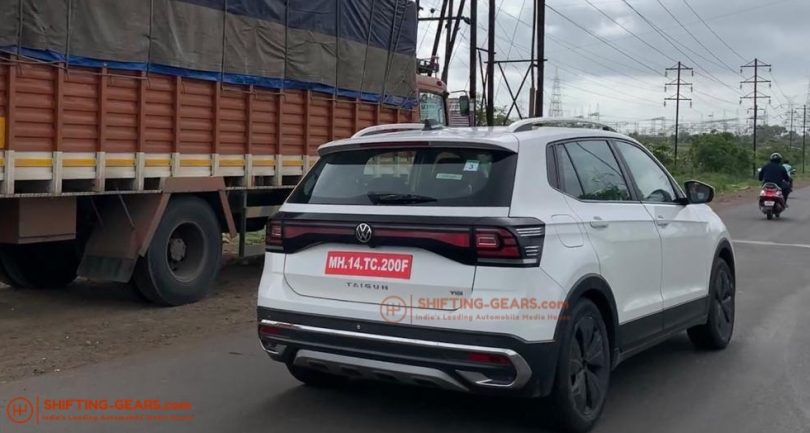 Volkswagen is gearing up to launch the new Taigun SUV in the Indian market. The Volkswagen Taigun is one of the four vehicles planned for their India debut under Volkswagen’s SUVW strategy. Now, the SUV is spied on the outskirts of Pune, leading us to believe that the Taigun will soon launch in India.

The test mule of the Taigun is pictured sans camouflage in the white exterior paint option. The car features aero optimised alloy wheels and a wraparound tail lamp. The large LED taillamps also come with black applique and a chunky VW logo. Reiterating with the SUV traits, the Taigun also gets a black bumper with chrome embellishments. Also, the rear apron of the car features a silver skid plate. The tailgate of the Taigun also comes with an integrated spoiler and TAIGUN lettering below the number plate mount.

In other details, the Taigun SUV will come with body-coloured door handles, black-finish shark-fin antenna, black-out B-pillars, rock guards on the door and silver roof rails. The SUV also comes with a rear wash wipe and a high mount stop lamp. The Taigun also gets typical Volkswagen style character lines. Expect the front of the SUV to reverberate with the design highlights from the rear. Volkswagen is also likely to introduce the GT trim on the Taigun, which will come with added chrome bits such as door handles and machine cut alloy wheels. 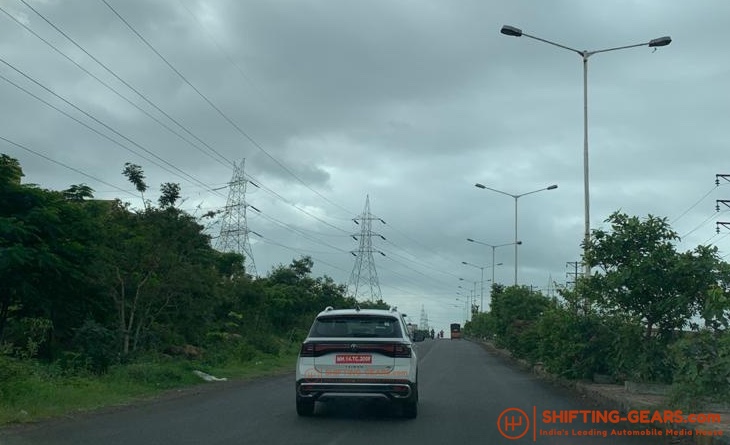 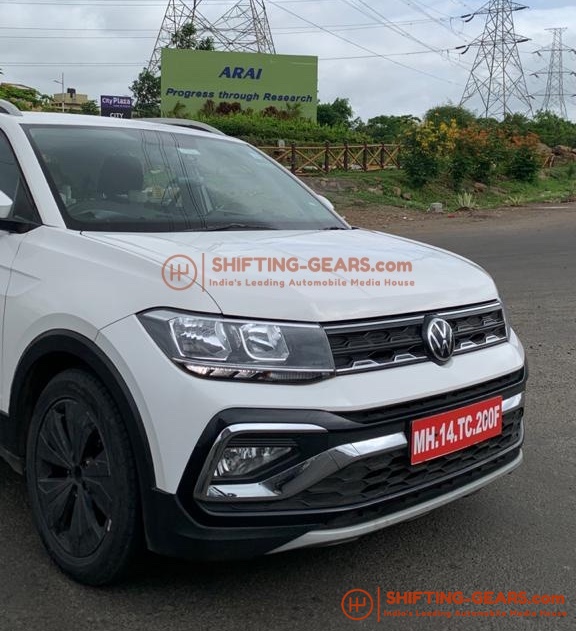