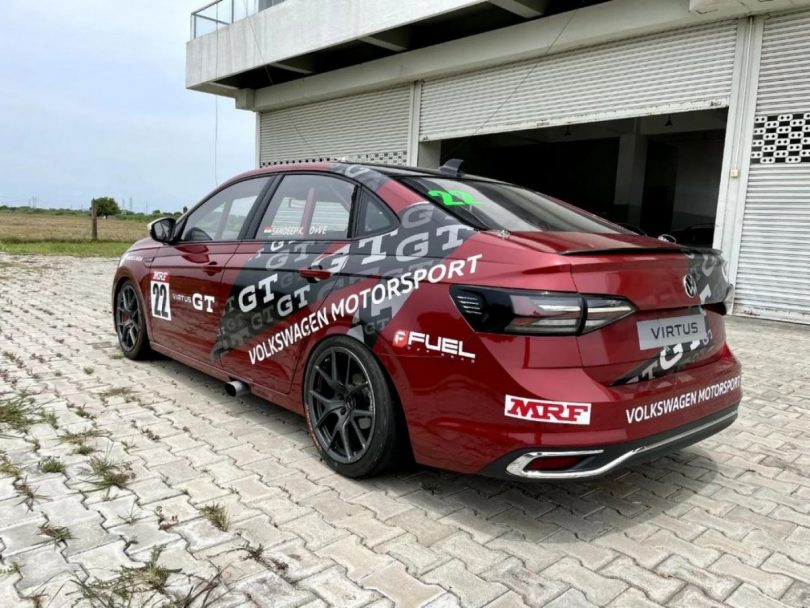 Volkswagen Motorsport India has revealed the Vento ITC race car replacement, the Virtus GT race car. The new Virtus-based race car complies with the Indian Touring Car (ITC) regulations. The new Virtus GT race car will make its debut on 8th October 2022 with drivers Jeet Jhabakh and Sandeep Kumar. Thus it won’t be a long wait to see it in action. Jeet Jhabakh is the Volkswagen Ameo Cup Champion, while Sandeep Kumar is the Volkswagen Polo Cup Champion. The new Volkswagen race car will compete in the upcoming ITC Championship.

Being a race car meant for the race track, the Virtus GT gets a host of changes compared to the production model. The interior of the car is stripped out to save weight. Additionally, it gets a racing bucket seat and an FIA-approved roll cage. The rear end of the race car also gets striking ‘Volkswagen Motorsport’ and ‘GT’ graphics.

Engineers at Volkswagen Motorsport India have made plenty of other changes as well. These include a strengthened chassis and more noticeable ones like lowered suspension and larger 17-inch lightweight alloy wheels with MRF slick tyres.

The Virtus GT is not all show and no go. Powering the Virtus GT race car is a 1.5-litre TSI EVO four-cylinder turbo-petrol engine. This is the same TSI EVO engine that does duty in the standard Virtus GT. But, Volkswagen Motorsport India has tuned it to make 213 BHP and 300 Nm of torque. 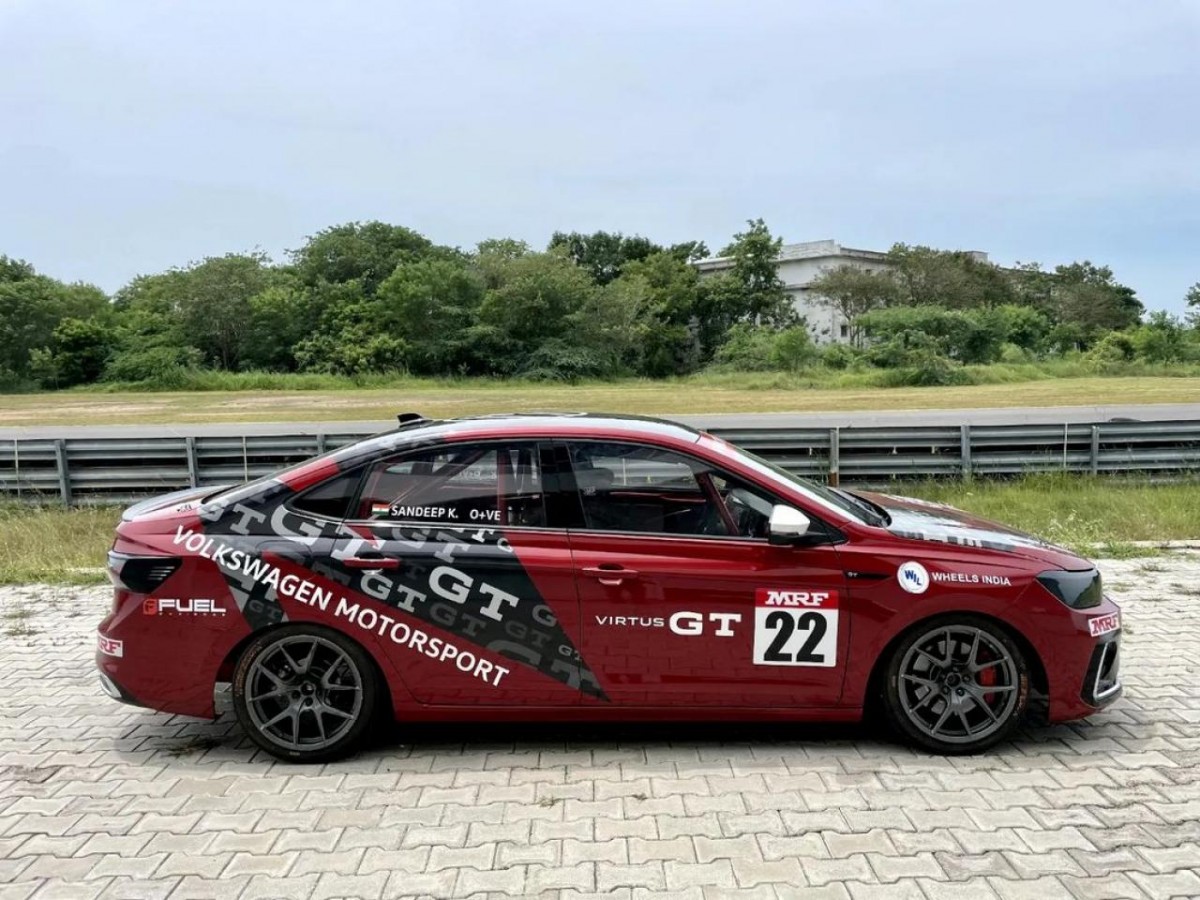 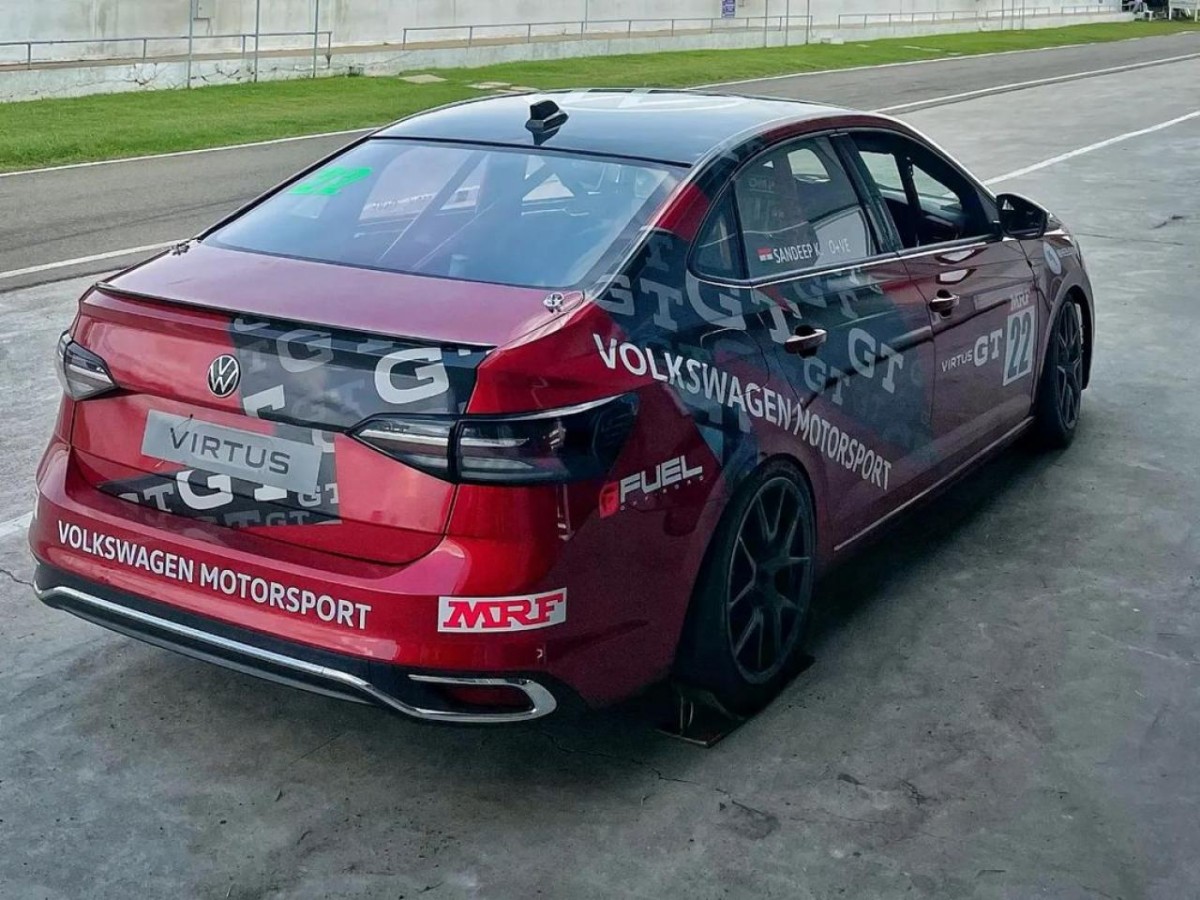