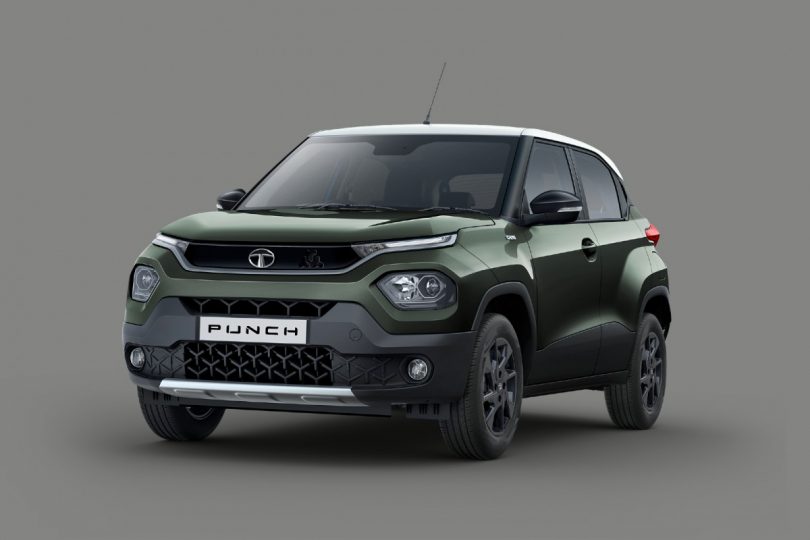 One of India’s leading automotive and top-selling SUV brands, Tata Motors, has launched the CAMO Edition of the Tata Punch in India. The new launch from Tata is also part of the Tata Punch’s first year anniversary. Embarking the festive season on a high note, the new edition offers an appealing colour scheme and a host of new features.

Speaking at the launch, Mr Rajan Amba, Vice President of Sales, Marketing and Customer Care at Tata Motors Passenger Vehicles Ltd., said that the Tata Punch CAMO Edition is in line with Tata’s promise to keep its portfolio ‘New Forever’. He added that the new model will bolster the sales of the Tata Punch and carry forward the growth momentum.

He also stated that the Punch is a vital product in its portfolio. In fact, the Punch contributes to 24 per cent of Tata’s total PV sales. Furthermore, it consistently remains one of the highest-selling cars in India as well as holds a 15 per cent share in the compact SUV segment.

Tata launched the Punch in 2021 and has enjoyed a great response for the compact SUV. In August 2022, the Punch recorded its highest-ever monthly sales figure of 12,006 units. Furthermore, the figure also helped it become the fastest vehicle to reach the 1 lakh sales milestone.

Tata also mentioned that the Punch CAMO Edition will be available at all authorised Tata Motors dealerships starting today.

On the outside, the Tata Punch CAMO Edition gets a new Foliage Green colour option with a dual-tone rood colour. There are also two roof colours to choose from – Piano Black and Pristine White. With the latest addition, the Tata Punch comes in a total of 9 colour options. Furthermore, there are also ‘CAMO’ badges on the front fenders in both MT and AMT transmission options. Other exterior highlights include 16-inch charcoal diamond-cut alloy wheels, LED DRLs and LED taillights and front fog lamps.

On the inside, the Tata Punch CAMO Edition comes in a unique military green colour and camouflaged seat upholstery. There are a host of features available on the inside. These include a 7-inch Harman infotainment system with Apple CarPlay and Android Auto, 6 speakers, push Start/Stop button, cruise control, reverse parking camera and more.

There are no mechanical changes, and the CAMO Edition continues to use the 1.2-litre 3-cylinder petrol engine mated to either a 5-speed manual or a 5-speed AMT gearbox. The 1,199cc engine makes 86 PS of power at 6,000 rpm and 113 Nm of torque at 3,300 rpm. Like the standard Punch, the Punch CAMO Edition also gets two Drive Modes – Eco & City. 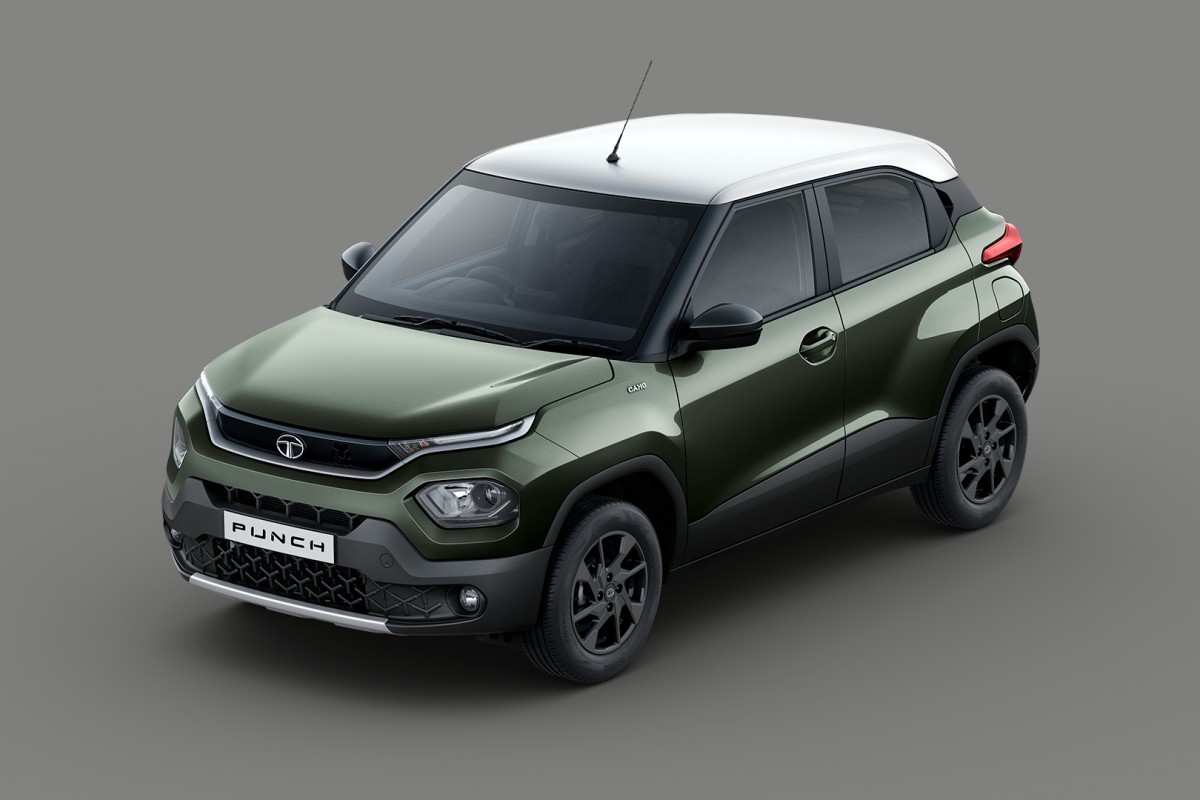 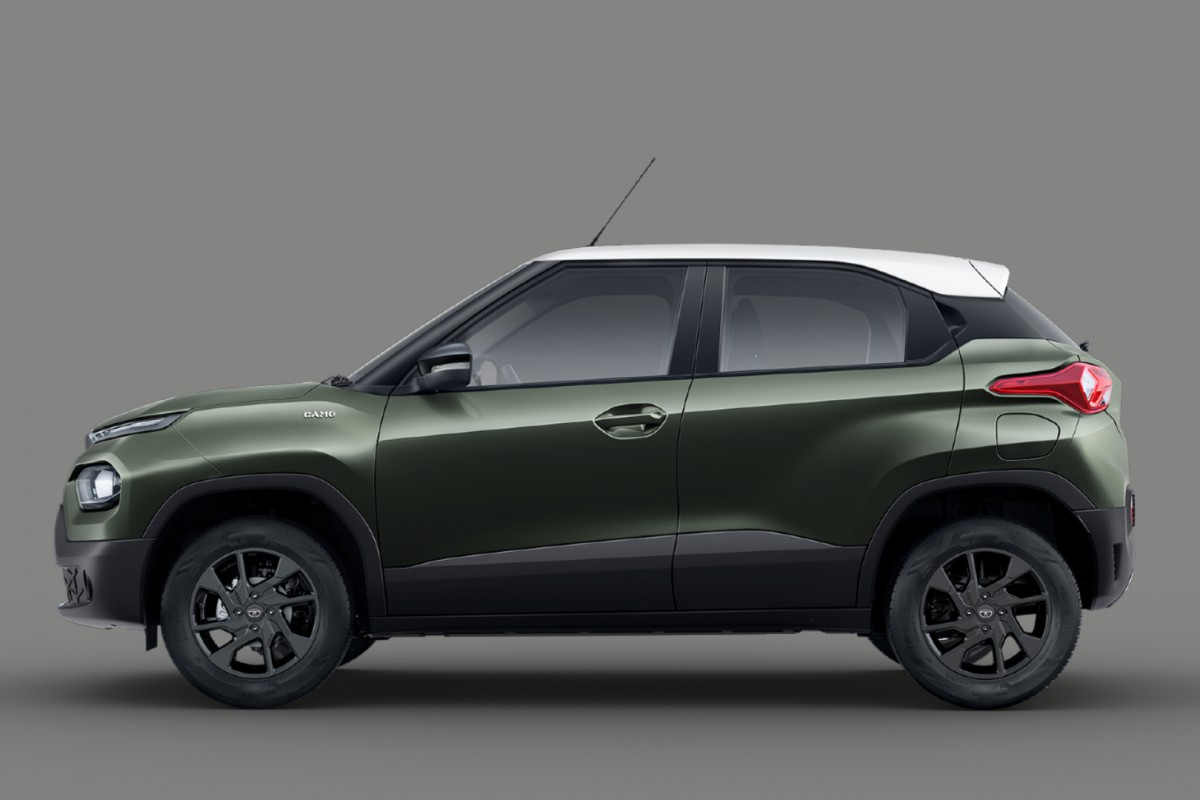 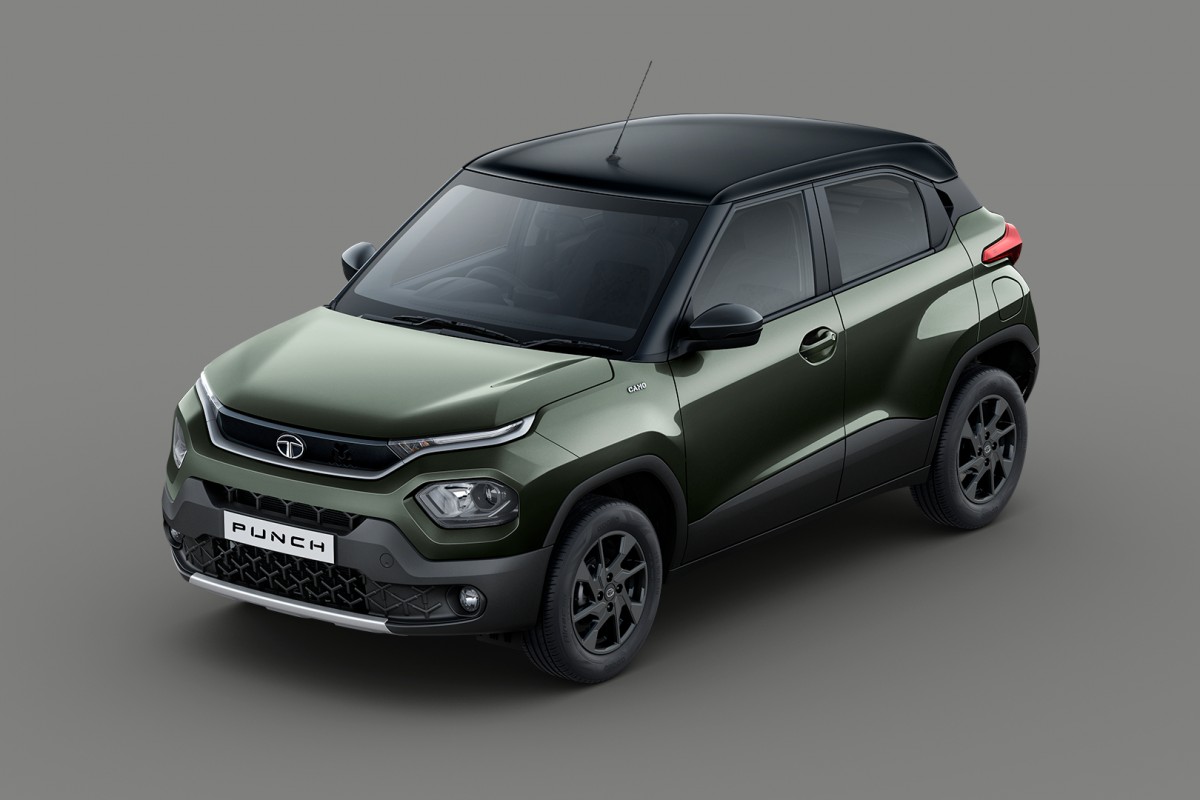 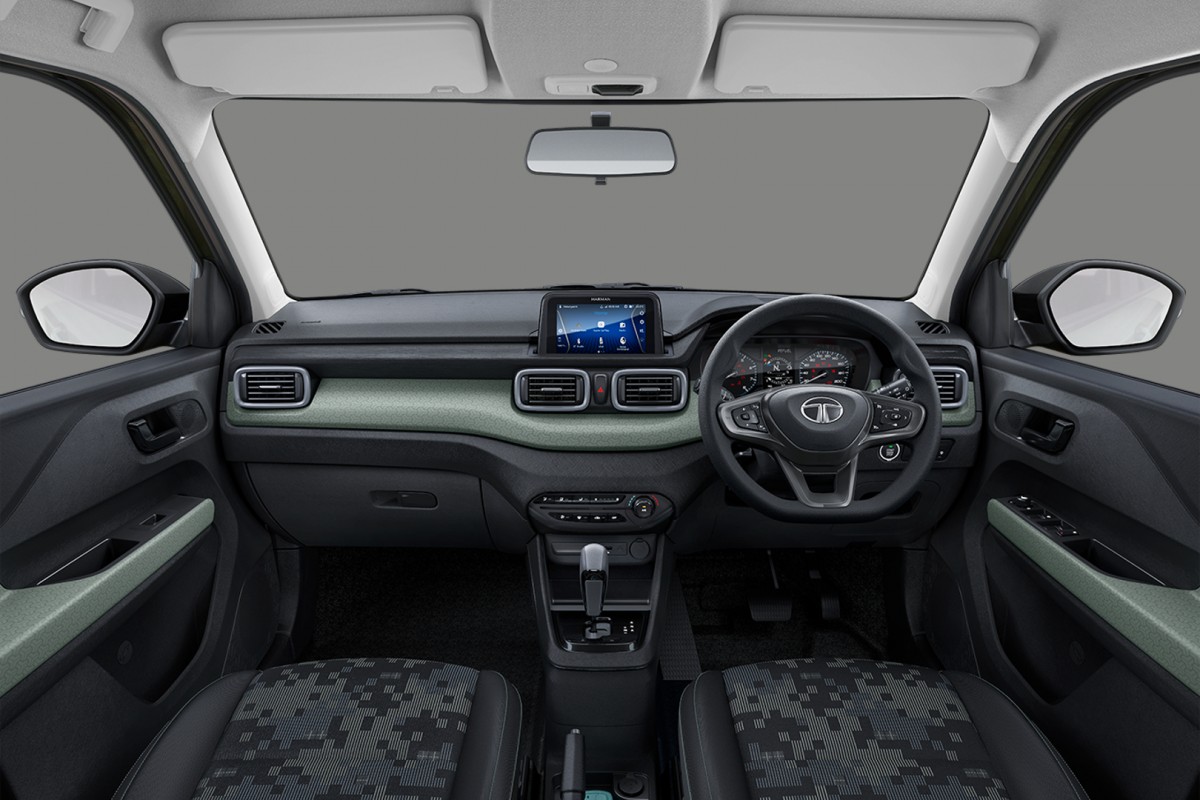