In a recent disclosure, it was reported that Amazon is in talks with Mahindra Electric to procure electric three-wheelers for its operation in the global market. The source also mentioned that Mahindra has already sent some test mules of its Treo Zor to the e-commerce’s logistic partners in Japan and Vietnam. In fact, in India Mahindra has won the contract for providing around 1,000 units of EVs to Amazon India.

It is estimated that the EVs in the e-commerce market could touch 10,000 units in the next one year. Major e-commerce players like Flipkart, Amazon, BigBasket, and JioMart have started investing heavily to commit themselves to go green and replace their diesel-powered commercial vehicles with emission-free electric vehicles. Mahindra claims that their half tonne Treo Zor will be the best option for the logistics sector as it has the capacity to carry a payload of 500-600kg and have a range of 150 km with a top speed of 50 kmph. In addition to that, the use of small batteries makes it easier to charge the three-wheel electric vehicle for short intervals and improve the range without the requirement of expensive fast chargers. The push for electric vehicles is also evident from the fact that the India Government is giving incentives and also at the same time making stringent emission norms for fuel-powered vehicles.

With the heavy investments coming in from the major e-commerce companies, it can be expected that the day is not far when we will see a fully electrified e-commerce logistic sector integrated with other AI features. 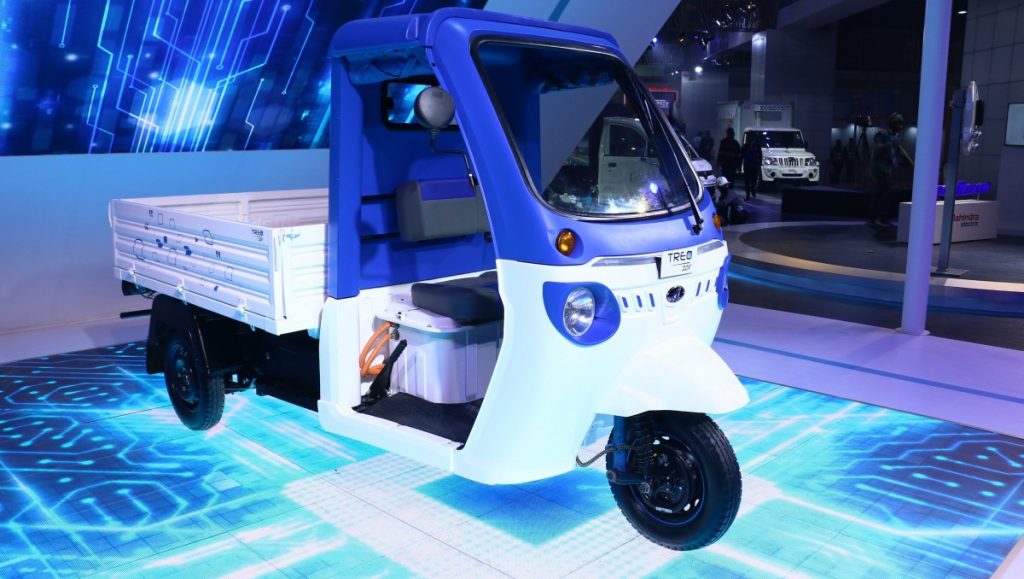