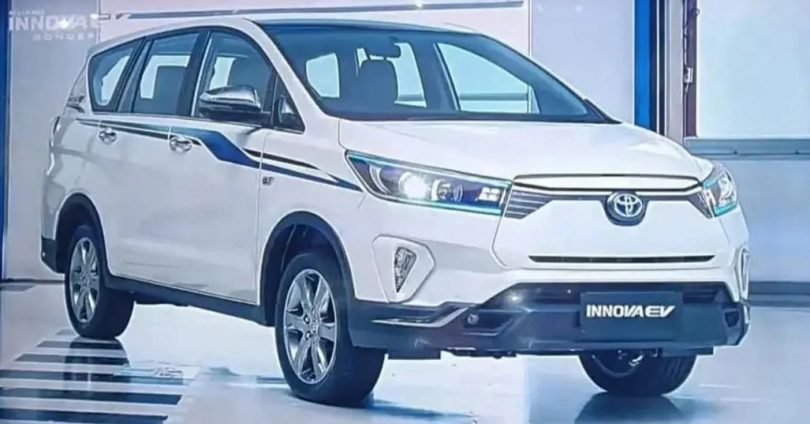 Toyota has unveiled the electric vehicle concept based on the popular Innova MPV in Indonesia. The brand revealed the “Innova EV” at the Indonesia International Motor show in Jakarta. However, Toyota has not made an official announcement yet. But, images from the motor show have emerged on the internet, revealing all the crucial details about the battery-operated Innova Crysta.

The Toyota Innova EV concept features a blanked-out grille with headlights similar to the Toyota Innova Crysta. The grille features a futuristic design that neatly integrates with the headlamps. The front bumper of the EV features an aggressive design with aero ducts and also integrates the turn indicators and fog lights. In terms of the body design, the Innova EV Concept appears similar to the ICE-powered Innova Crysta, which is sold in the global market. However, the EV version gets distinct body graphics and a bluish-green tinge on the DRLs, denoting its clean green status.

On the inside, the Toyota Innova EV appears to get the same multilayered dashboard as the ICE counterpart. The multi-function steering wheel and the twin dial instruments cluster is also likely to have been borrowed from the Innova Crysta MPV. However, the infotainment screen displays EV-specific information such as the state of charge of the battery, range, speed, battery consumption, drive mode etc. Interestingly, the instruments cluster also has a tachometer similar to ICE vehicles. Toyota may delete it when the brand introduces a production-spec variant of the Innova EV. The electric MPV also features ‘Innova EV’ embossed on the seat headrests.

While Toyota has not officially mentioned any details of the powertrain. The power unit is likely to be equivalent to a 2.0-litre petrol engine. We speculate that the battery pack could be powerful enough to propel the electric MPV to a top speed of over 100 kmph and also provide a range of more than 200 km on a single charge. 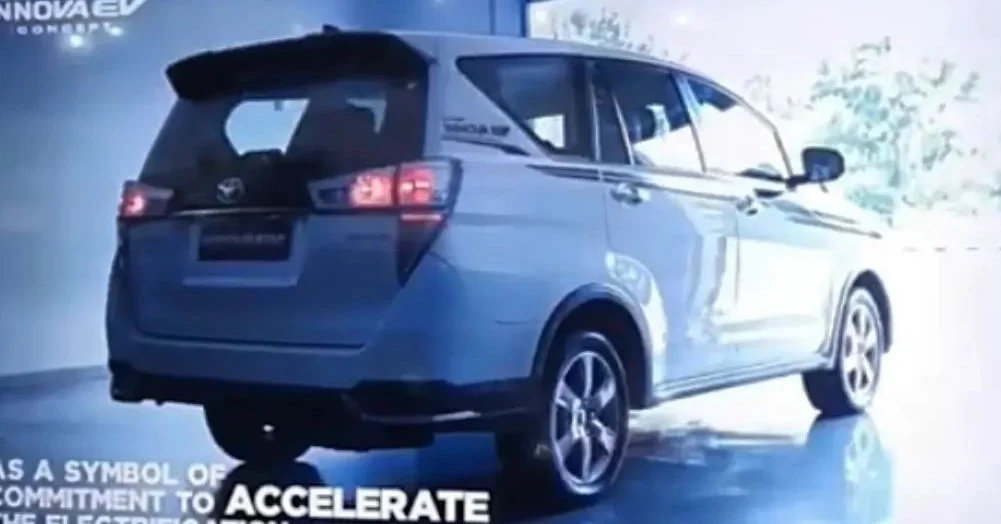 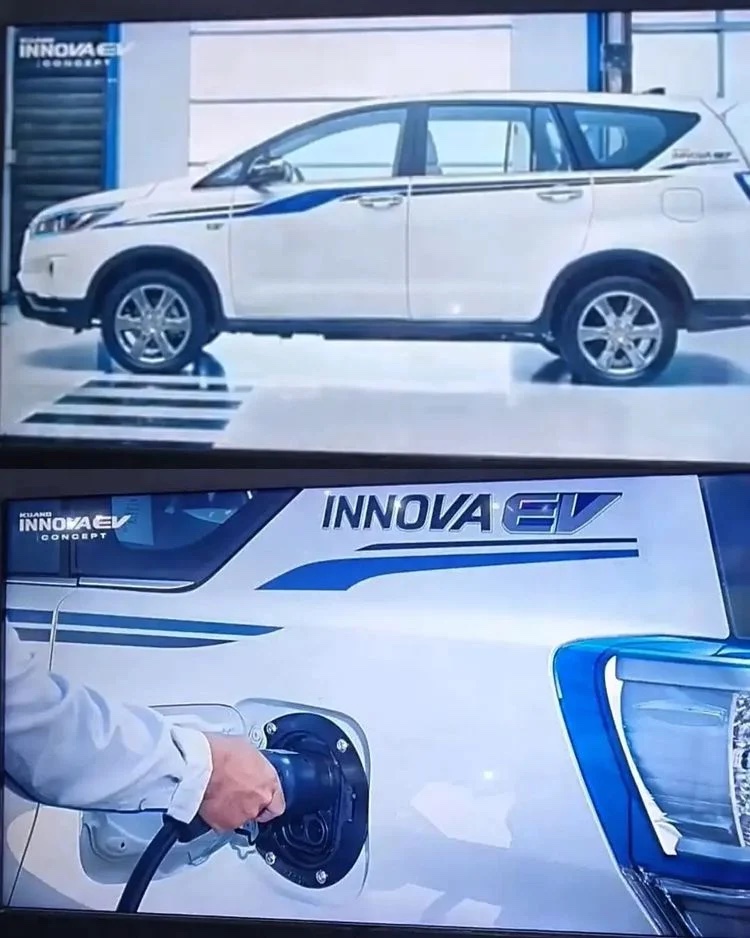 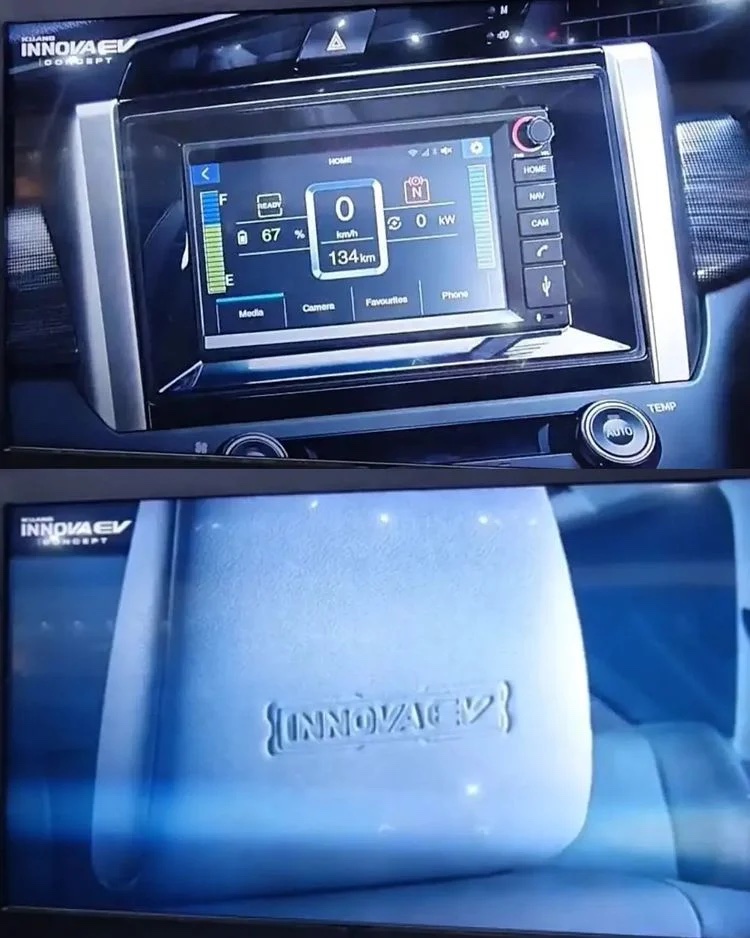 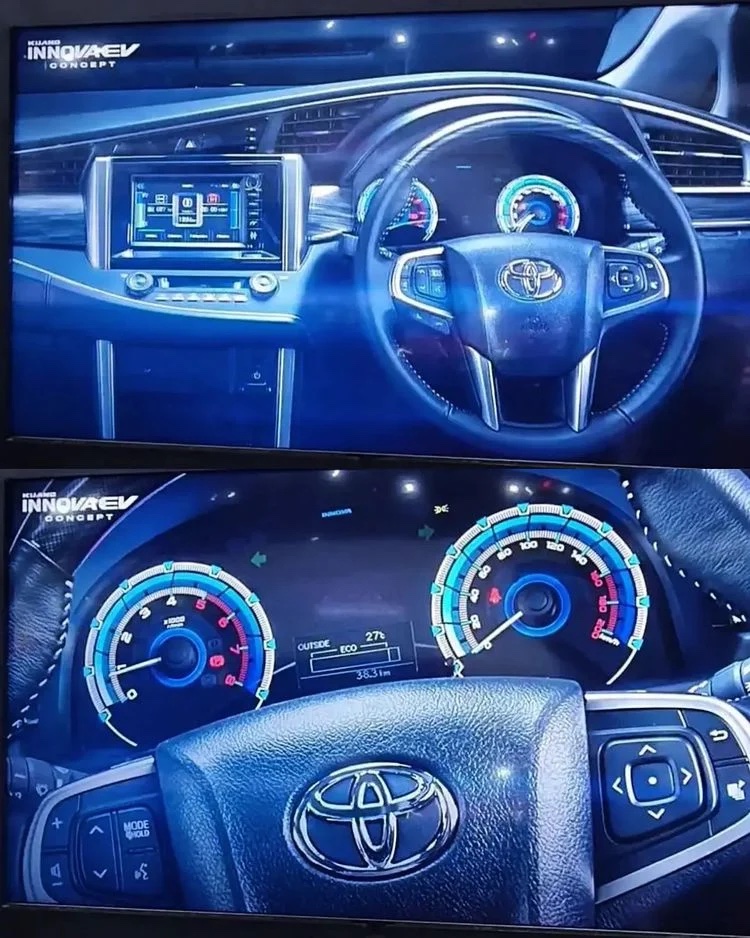 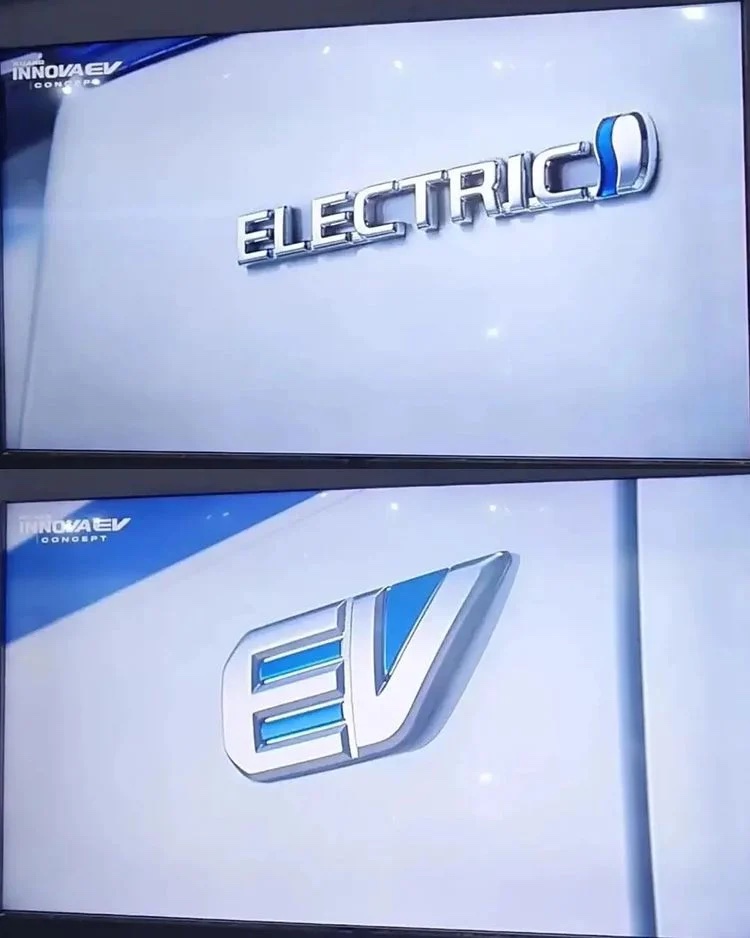