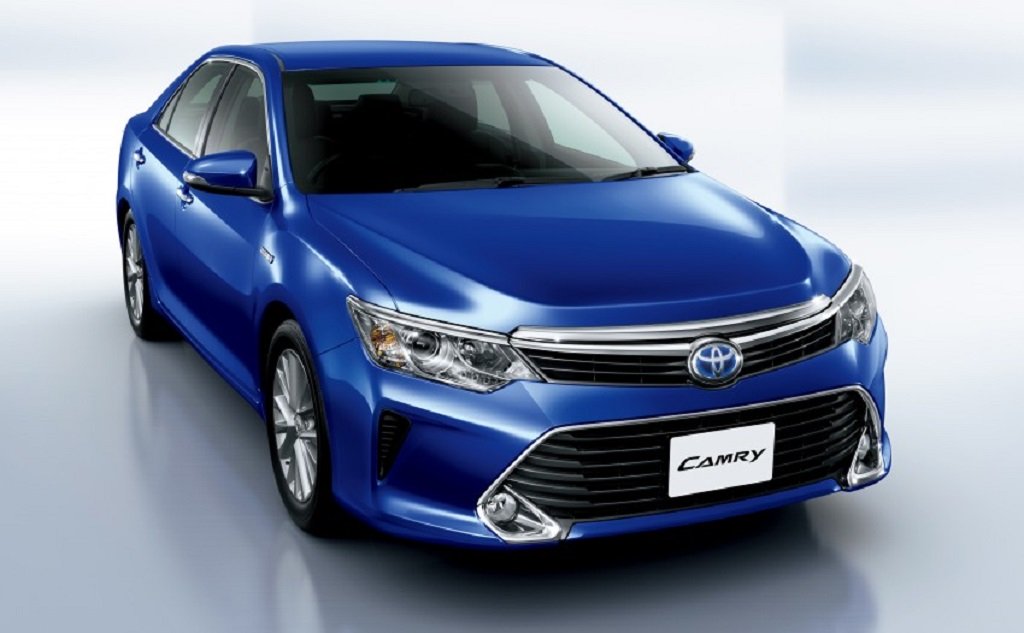 Toyota has unveiled the 2105 Camry Hybrid facelift, which is India bound in 2015.

Updates seen on the car are on the same lines as the regular Camry facelift. In addition, on the Camry Hybrid you get a blue glow on the Toyota logo, hybrid badge on the front fenders and hybrid synergy drive badge at the rear. The front end gets a new grill in chrome and horizontal slats below. Also, a big trapezoidal air dam with chrome surround is to be seen, and the fog lamps are placed in this section. Front bumper has been restyled too. Headlamps get the projector setup with LEDs, but the design is slightly different.

Inside, the Camry Hybrid gets a new 3-spoke steering wheel with a redesigned instrument cluster equipped with an MID with colour display. Also, it gets a revised centre console with a big MMI screen.

It is powered by the same 2.5L Atkinson cycle, 4-cylinder engine producing 160 PS of power @ 5,700 RPM and 213 Nm of torque @ 4,500 RPM. The engine is coupled to an electric motor which produces additional 143 PS of power and 270 Nm of torque. Combined power output from both the motors comes to 205 PS via torque split. Toyota claims that the facelift version is more fuel efficiency and now delivers 25.4 kmpl. The pre-facelift Indian spec Camry Hybrid had an ARAI certified fuel efficiency figure of 19.16 kmpl, let’s see if this improves when the car make it to the Indian streets. 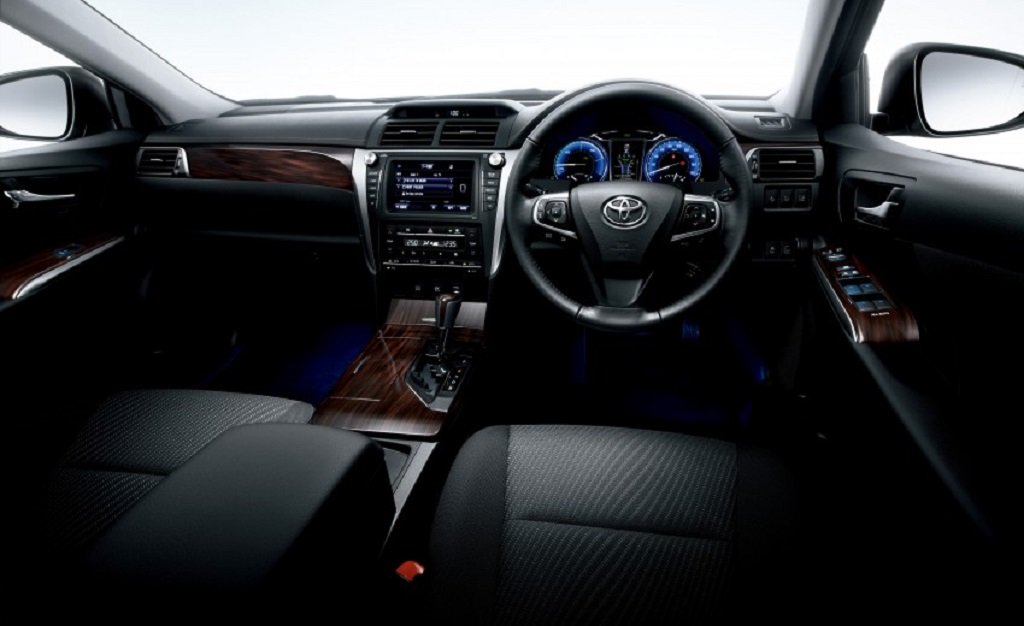