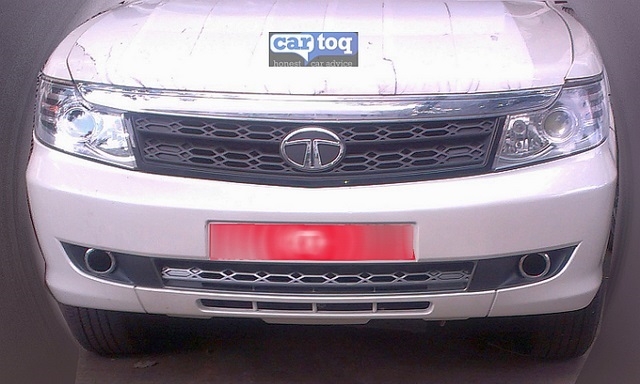 Test mules of the Tata Safari Storme facelift have been spotted in Pune. Mahindra recently launched the revised Scorpio, and Tata Motors might be thinking of adding some more muscle to their SUV offering.

Changes on the facelift version are minimum.

The facelift version is also expected to carry forward the updated 2.2L Varicor engine from the Aria which produces 148 BHP of power. Engine will be mated to a 5-speed manual transmission powering the rear wheels and will also get a shift-on-fly 4WD system.

The Safari Storme, ever since its launch has not created quite the buzz in the SUV space. Where Tata expected loyalists to lineup outside the Tata showrooms to get their hands on the vehicle, we assume people have moved away to fresh looking competition. The Safari Storme was a significant improvement over the previous generations, but seems like it was too little and too late for the market.

Expect aggressive pricing on the facelift version with market launch in a couple of months. 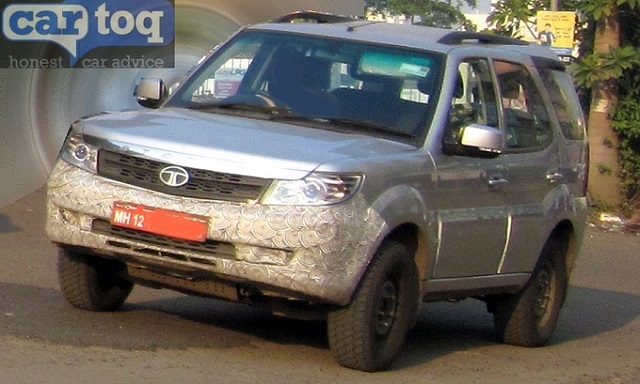