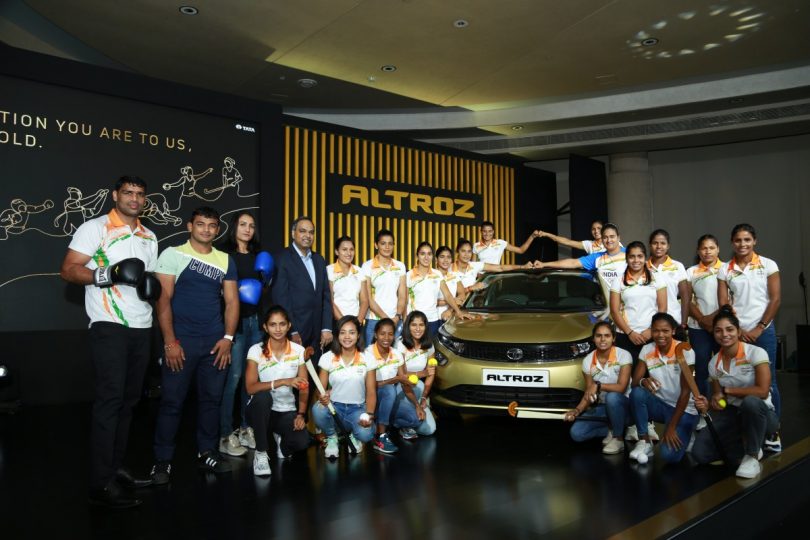 Tata Motors honours the Olympians of India who narrowly missed the bronze medal in the recently held Tokyo Olympics. The company congratulated 24 Olympians across categories like Hockey, Wrestling, Golf, Boxing, and Discus throw, who had narrowly missed the podium finish. Tata Motors will hand each athlete an Altroz, marking their hard work and inspiring billions of Indians.

The hatchback first made its entry into the market in January 2020. And since then, the car is selling in good numbers. The striking and youthful exterior looks is one of the main attractions of this vehicle. Along with this, Altroz offers adequate rear-seat space and ride quality, which makes it a perfect car for city commutes. And now, with the introduction of the turbo-powered engine, Altroz is appealing to the enthusiast crowd as well. Although the performance is not the best in the segment, it is decent enough for occasional highway runs. Another USP of Altroz is its NCAP safety rating. Scoring the maximum 5 stars in the crash test, Altroz proved that it is the safest car amongst its rivals.

Recently, Tata Motors had launched the ‘Dark’ edition of the Altroz. And from the very first glance, the black shade will appeal to a lot of the customers. There are significant changes to the interiors as well. The Atroz Dark edition features a new Granite Black interior theme and metallic gloss Black mid pad and leatherette upholstery. Customers wanting to buy this Altroz Dark edition will have only one trim to choose from, i.e. the top-of-the-line XZ+ petrol variant. And it is available with both naturally aspirated petrol and turbo-petrol engine options.

With the growing demand for electric vehicles, Tata Motors is reportedly working on the electric version of the Altroz. And as per rumours, Tata Motors aims to increase the driving range by more than 30% to 40% compared to what the Nexon EV delivers currently. Tata Motors had showcased an almost production-ready model of the Altroz at Indian Auto Expo 2020.