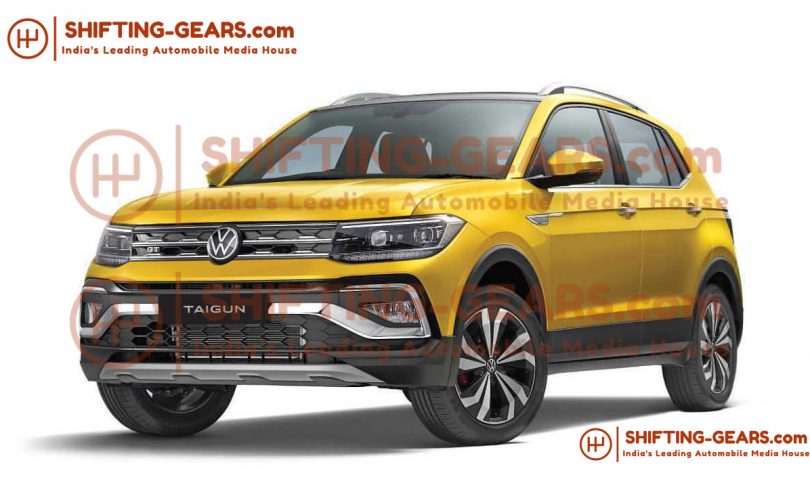 While the official digital debut of the Volkswagen Taigun is still a few hours away, we have managed to get the pictures of the real deal. What you see in this news story are the production-spec pictures of the upcoming 5-seater SUV from Volkswagen. To be launched under the SUVW strategy, the Taigun is a badge-engineered sibling of the Skoda Kushaq; but with a different top hat to attract buyers towards both brands. When launched, as we all know, the VW Taigun will rival the likes of Hyundai Creta & Kia Seltos. Expect pricing to be in the range of INR 13 – 20 lakh on-road.

What is the Taigun GT?

From the images below, one can clearly make note that Volkswagen will launch a GT variant of the Taigun SUV. So far, we have been getting only the Polo GT from the stable here in India. However, unlike what Kia does with the Seltos GT Line, we can’t see any red accents to make this variant stand out as the sporty one of the lot. So on the Taigun GT, apart from the badges on the outside, we expect subtle changes on the inside as well with some ‘GT’ branding here and there. One will be able to spot the GT badge on the exterior of the car such as the front grille, side fender applique and on the tailgate.

From the images that we have received of the production-spec model, we can note that the Taigun will come with a projector headlamp setup which is likely to get full LED illumination, smoked effect for the headlamps, LED DRLs on the lower end of the headlamp unit, chrome accents on the front grille, satin chrome accents on the front bumper, healthy dose of body cladding all around the car, front and rear skid plates, 17″ dual-tone alloy wheels with a machine finish and black, chrome door handles, chrome accents around the DLO area, silver roof rails, black painted sharkfin antenna, dual-tone roof effect, blacked-out B-pillar, LED turn indicators on the ORVM, side body crease lines similar to the Skoda Kushaq, LED tail lamps with smoked effect, thick smoked applique on the tailgate with possible illuminated light bar (connected tail lamp strip), TAIGUN lettering on the tailgate, spoiler with high mount stop lamp, rear wash and wipe, chrome accents on the rear bumper and rear reflectors.

Engines for the Taigun:

If you love an oil burner under the hood, the VW Taigun will disappoint you. The 2021 Taigun will only be on offer with petrol engines. The entry-spec Taigun will come equipped with a 1.0L, 3-cylinder, turbocharged petrol motor capable of pumping 115 PS of peak power and 175 Nm of torque. This motor will come with a 6-speed manual or a 6-speed torque converter automatic gearbox. For those who need more power and more thrill, the Taigun will also get the 1.5L, 4-cylinder, TSI EVO motor producing 150 PS of power and 250 Nm of torque. The engine will come with a 6-speed manual or a 7-speed dual-clutch automatic gearbox. The Taigun is built on the MQB-A0-IN chassis which is an affordable adaption of the MQB chassis used on more expensive cars.

More details about the new & upcoming 2021 Volkswagen Taigun will be available soon. 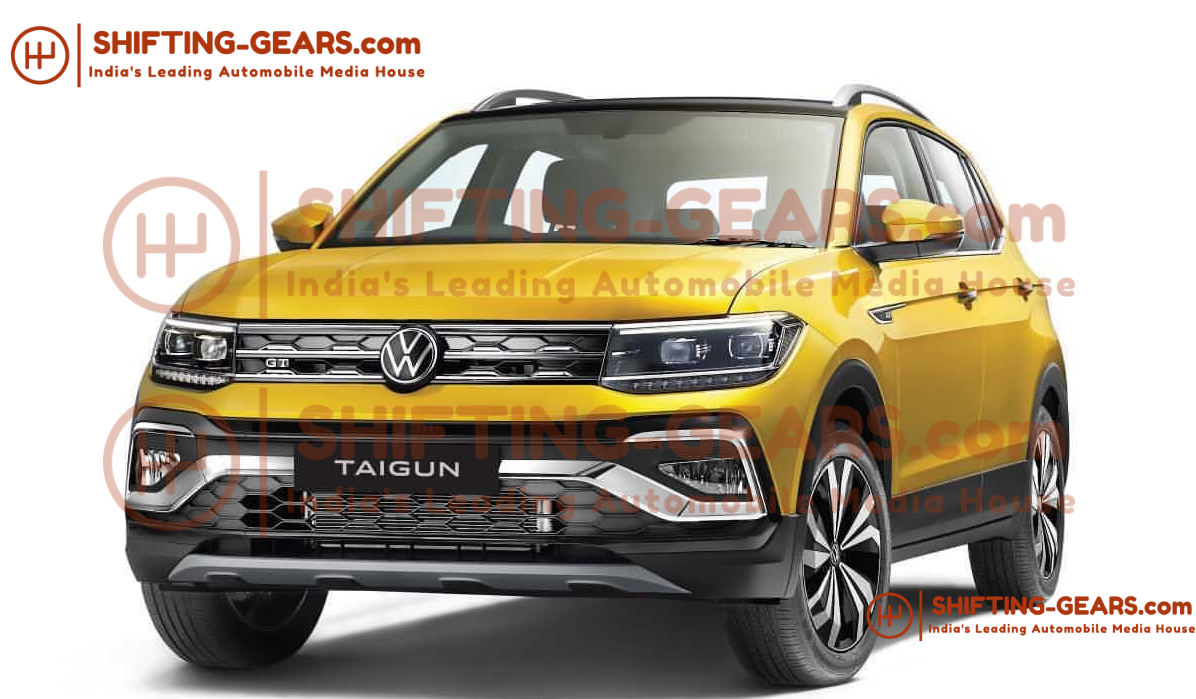 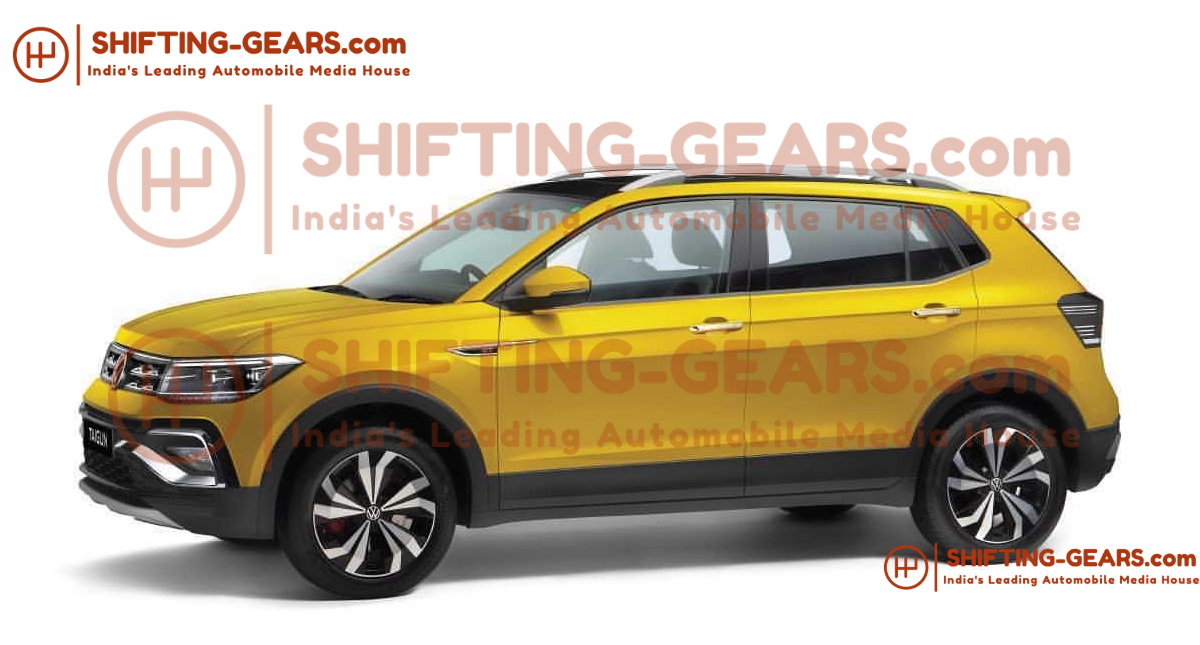 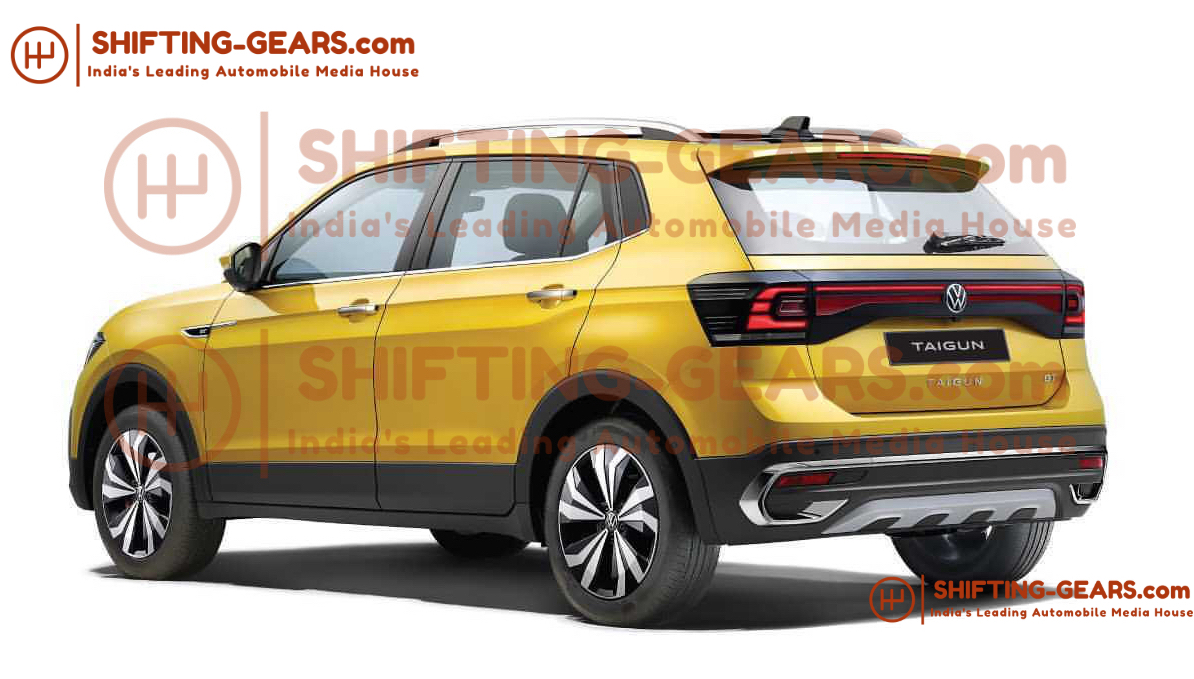