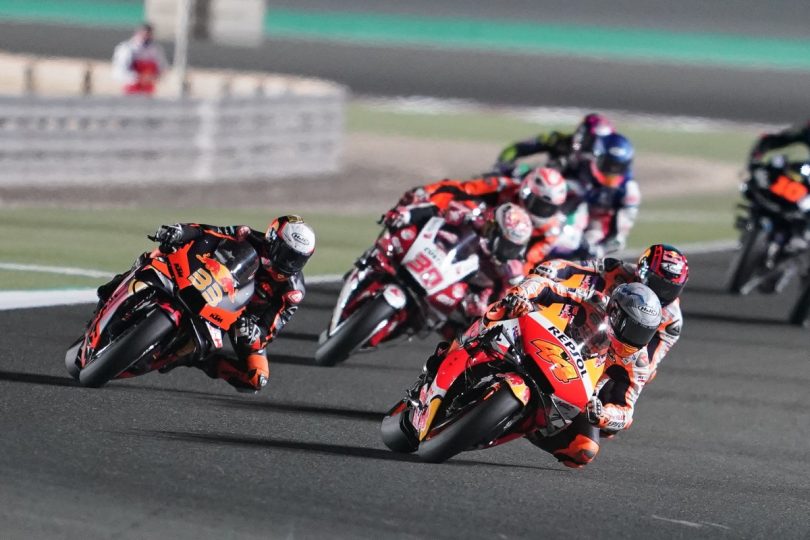 MotoGP held at the Losail International Circuit for the first race of the 2021 MotoGP World Championship season turned out to produce really positive results for the Repsol Honda Team as they began the season with a double point-scoring finish in Qatar. Repsol Honda Team had ended the 2020 season on a high and will look to improve on the points for the 2021 season.

In the warm-up race, Repsol Honda Team with Pol Espargaro and Stefan Bradl as the race riders put up an impressive result finishing sixth and eighth respectively. By the conclusion of the 20-minute session,  four Honda machines finished in the top eight. At the main race, there were concerns involving the forecasted high-speed gusts of wind but as the race happened later in the evening, the conditions were much more favourable.

In the 2021 season of the MotoGP, Pol Espargaro is racing in the iconic Repsol Honda Team and from the start, he proved his worth. As the race progressed and the fuel level lowered, Espargaro improved on his pace and was fighting for the top-ten position. By the end of 22 laps, Espargaro was almost clocking at the same time as the leaders in the race. The race ended with Pol Espargaro collecting eight points for his eighth-placed finish.

The Round 1 of MotoGP 2021, proved to provide Repsol Honda Team with all the necessary race data of the RC213V. The team will make sure to study the data carefully so as to combat the shortcomings and improve the timings, thus setting up much faster lap times in the upcoming rounds. Stefan Bradl also put up a great show as he finished just one second behind Bastianini, finishing 11th thus missing out on a top ten finish by a second.

Marc Marquez on a Road to Recovery

While Marc Marquez recovers from the infected pseudoarthrosis of the right humerus, the team are tightening their laces from the Grand Prix of Doha, at the same Losail International Circuit the coming weekend. Marquez is likely to make a comeback at the Autodromo Internacional do Algarve in Portugal for the third round of the season. 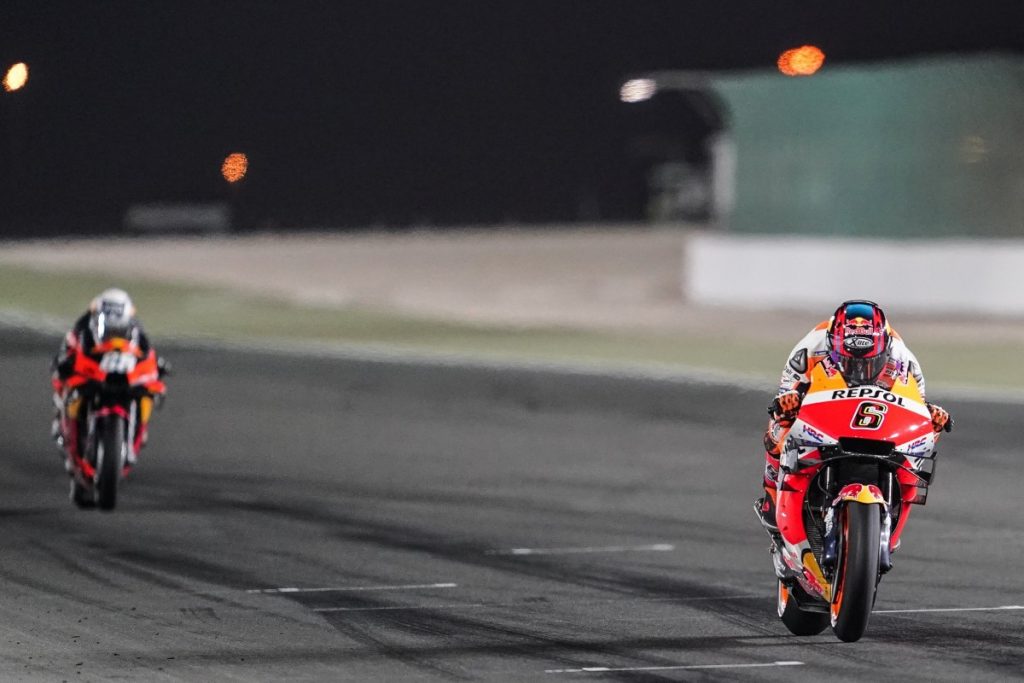