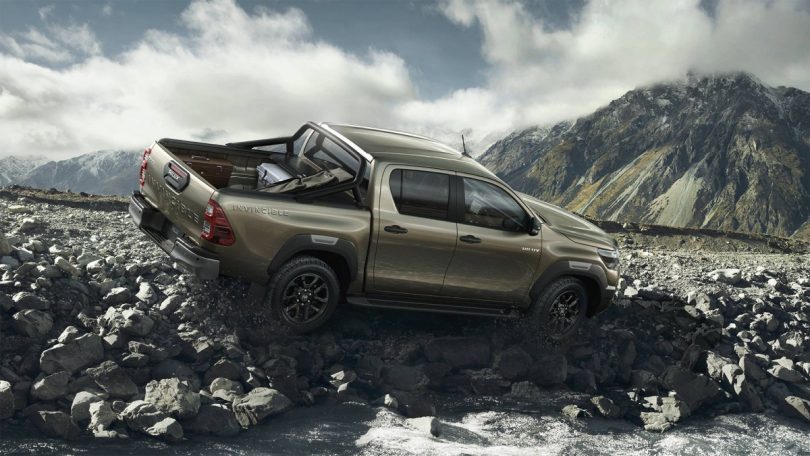 Toyota is planning to launch the new Hilux pick-up truck in the Indian market. The brand will position the new Hilux in the lifestyle SUV segment and will directly compete with the Isuzu D-Max V-Cross pick-up SUVs. Currently, the Isuzu D-Max V-Cross enjoys an unchallenged segment, but this could change in as little time as a month. Sources suggest that Toyota will launch the Hilux in January 2022.

Previously, we reported that the brand would introduce the Hilux in the INR 17 lakh to INR 25 lakh ex-showroom range considering the competition. However, new reports suggest that the Japanese brand could introduce the Hilux with a starting price range of around the INR 25 lakh mark. Top-spec variants of the Toyota Hilux are likely to come with a sticker price close to the INR 35 lakh ex-showroom mark.

The Toyota Hilux comes with a butch pick-up truck design featuring an upright fascia. The SUV comes with a rugged radiator grille and sleek headlamp units. The slender headlamps also integrate LED DRLs, and the SUV comes with fog lights integrated into the front bumper. Toyota offers a sloping clamshell bonnet and trapezoidal wheel arches on the Hilux SUV. On the rear, the Hilux features vertically-oriented taillamps, a large pickup bed and a roll-over hoop. The truck also gets all-terrain tyres allowing it to traverse over a variety of terrain.

On the inside, the Hilux features a multilayered dashboard with an 8.0-inch touchscreen infotainment display. The infotainment system will come with Apple CarPlay and Android Auto connectivity as well as GPS navigation. The car also comes with automatic climate control, control mounted steering and a semi-digital instruments cluster.

The Toyota Hilux underpins the INV-2 platform, which also underpins the Toyota Innova Crysta and the Toyota Fortuner. The brand is likely to offer a 2.4-litre diesel engine producing 150 Hp of power on the entry-level trims. The higher-spec models are likely to get a 2.8-litre engine that produces 204 Hp of power. Toyota will also offer the Hilux with four-wheel drive as an option. 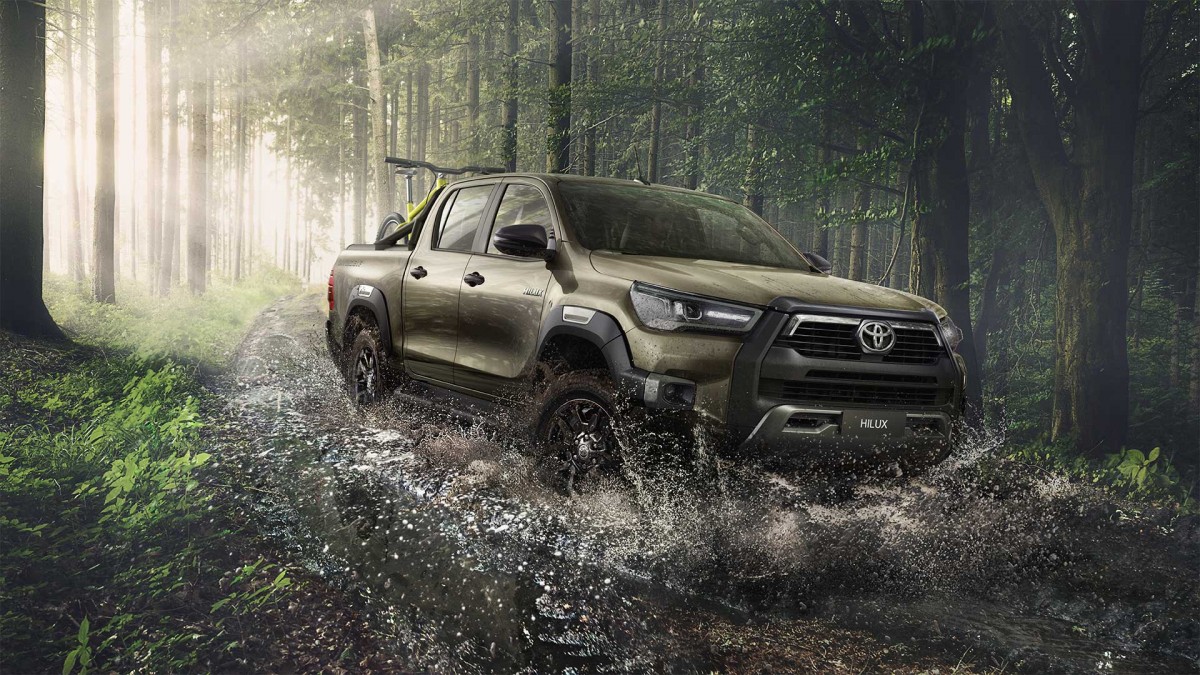