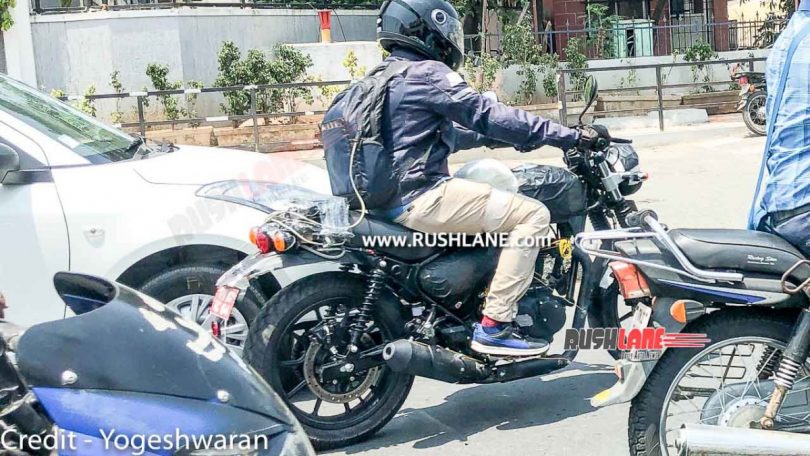 Royal Enfield is testing a new iteration based on the new engine and chassis that made debut with the Meteor 350. The motorcycle in the spy shots is likely to be called Hunter and will sit in the emerging classic scrambler segment of motorcycles. The Royal Enfield Hunter is likely to compete with the recently launched Honda CB 350 RS and the upcoming Jawa/Yezdi Scrambler.

The new motorcycle appears to come with off-road friendly dynamics including a high ground clearance, upswept exhaust and wide rubber dual purpose tyres. While it is too early to comment on the suspension travel at this time, the front forks come with rubber gaitors and the rear fender looks short and high leading us to believe that the suspension travel could be longer than standard. Other styling details include a rounded headlamp, flat bench seat and rounded tail lamps. The riding dynamics also appear friendly for the rider as the footrests appear mid-set and the handlebar upright giving the rider better stance while riding on the trails and well as cruising on the open road.

The Royal Enfield Hunter will become the second motorcycle in the brand’s line-up to receive the new J-series platform that made its debut with the Meteor 350. The new platform is lighter and agile than the predecessor and rides on telescopic front fork, spring-assisted hydraulic shock absorbers on the rear, multi-spoke alloy wheels as well as hydraulic disc brakes at both ends equipped with dual channel ABS. Powering the Hunter will be the same 349cc long-stroke single-cylinder engine with oil cooling channels engineered withing the head and a chain driven valvetrain. The engine produces 20.2 Bhp of power and 27 Nm of torque on the Meteor 350 and comes with a new optimised 5-speed transmission. 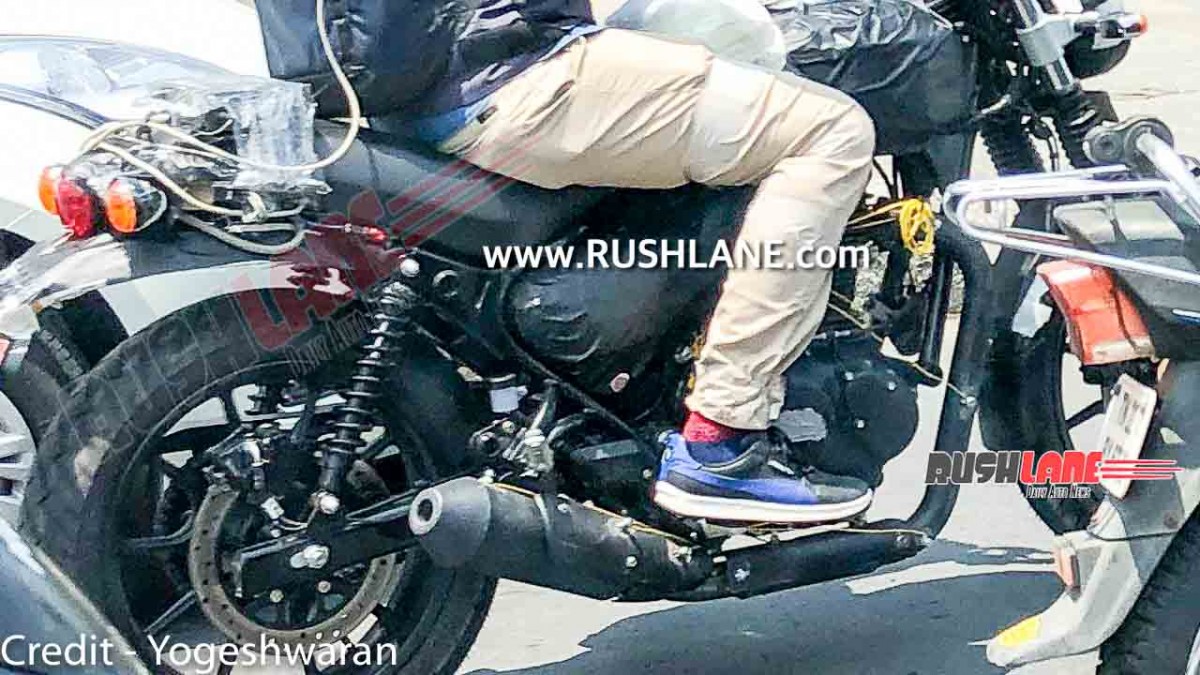