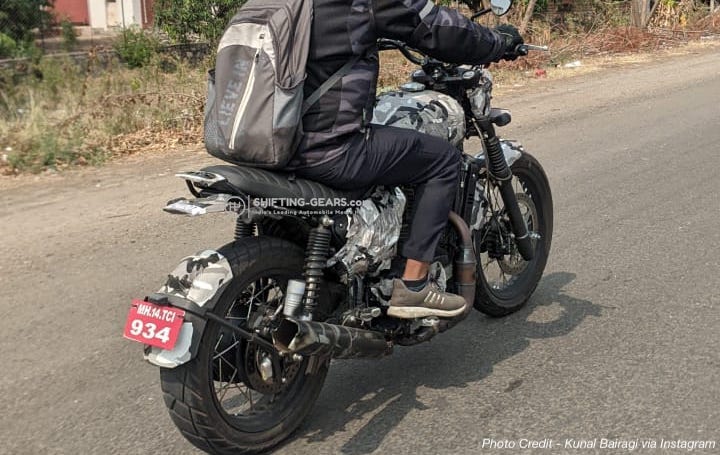 Jawa is testing a new scrambler motorcycle in the Indian market and a test mule of the motorcycle under heavy camouflage wraps and makeshift parts spotted somewhere on the Pune Nashik Highway. Speculations are that Classic Legends is reviving the erstwhile Yezdi brand or it could be a new Scrambler iteration from Jawa which will be coming in the future.

The motorcycle in the spied images appears to have vintage design features such as the crankcase appears to have silver paint lines on a black crankcase cover. The lines are similar to the Roadking motorcycle which was sold under the ‘Yezdi’ brand, back in the day. But the motorcycle appears to have a minimalist amount of side panels, a chopped front fender, a high mount rear fender along with a mud hugger, spoke wire rims shod in dual-purpose tyres and an upswept exhaust which leads us to believe that the motorcycle spotted testing is a new Scrambler iteration from Jawa. The test mule features a rounded headlamp setup, long-travel front suspension, twin gas-charged spring assisted hydraulic shocks on the rear, a flat bench seat with pleated upholstery, upright handlebars, high mounted muscular fuel tank etc.

Recently, the adventure, adventure touring and scrambler segment has gained popularity because of its use in both urban explorations, trailblazing on the weekends as well as long highway rides. Although the segment is quite limited in terms of choice, Jawa could be planning to launch its own iteration based on the 300cc liquid-cooled engine that the brand uses for the Jawa ‘Jawa’ and Jawa Forty-Two. While the test mule does not appear fully dressed some parts on the motorcycle appear rudimentary and of makeshift quality leading us to believe that the motorcycle is likely to make its debut close to the end of 2021. The motorcycle is also expected to come with LED taillamps, tachometer and speedometer with at least an analogue digital setup.

Powering the Scrambler could be the same engine that power the Jawa Classic and Jawa Forty-Two as well as the Jawa 42 2.1. The Jawa 42 2.1 is the latest iteration in the brand’s portfolio and the engine and engineers at the factory have managed to extract more power from the engine. This same engine is likely to power the scrambler motorcycle. The motor is a BS6 compliant 293cc, single-cylinder, four-stroke, DOHC unit that now makes 27.33 PS of power and 27.02 Nm of torque.

The new Scrambler motorcycle is likely to compete with the likes of the Honda CB 350 RS and the upcoming Royal Enfield Hunter 350. 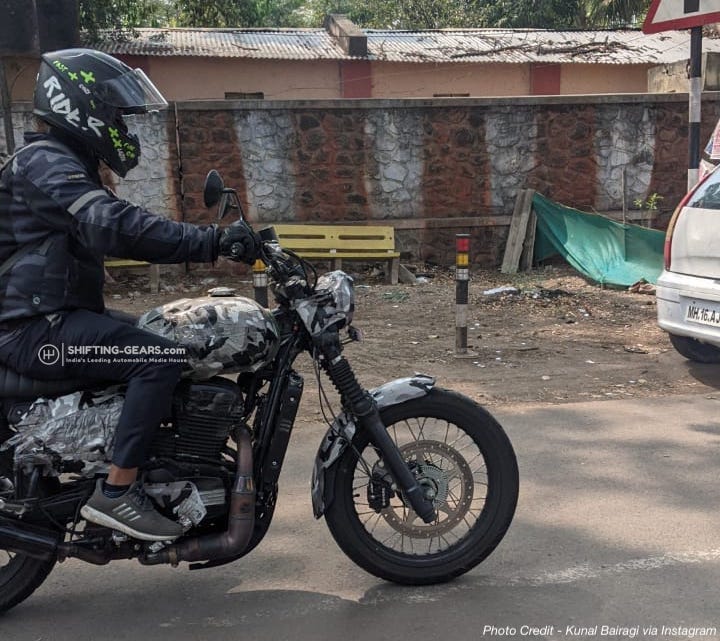 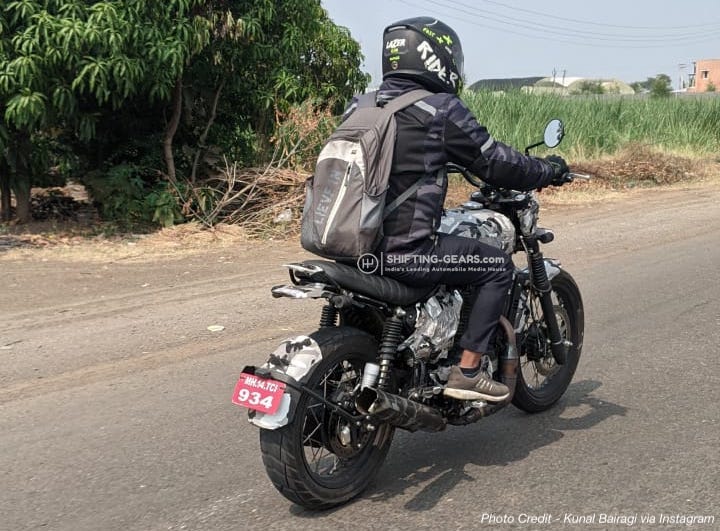 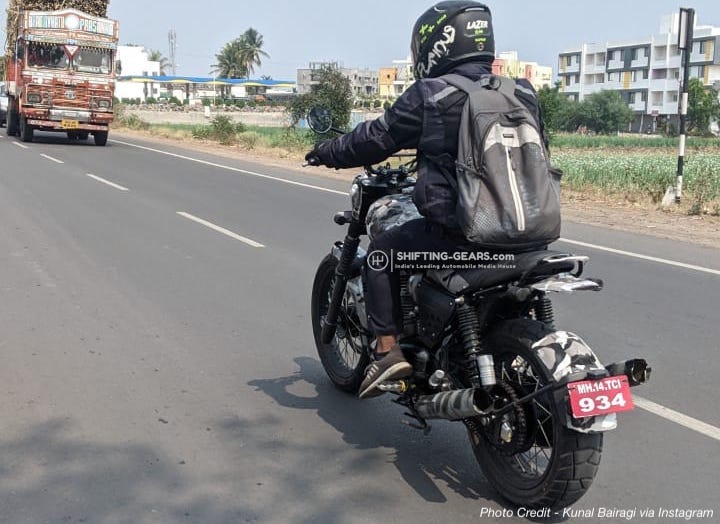