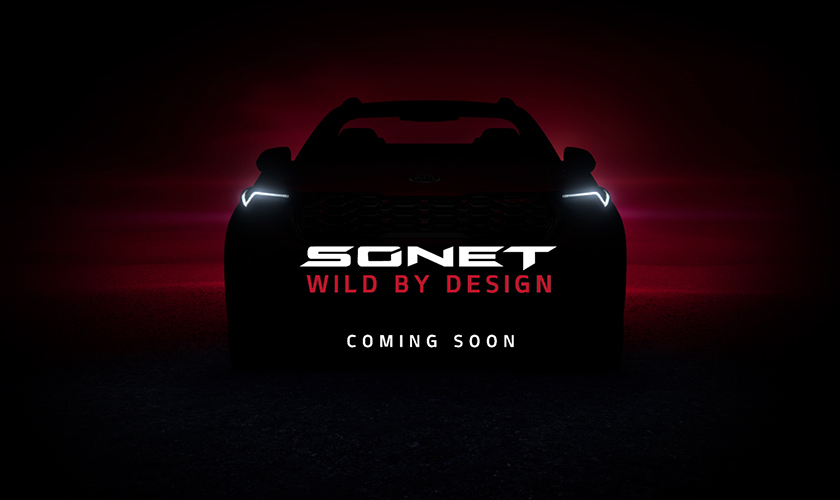 The Kia Sonet is slated for its production-spec debut on 7th August 2020 but the brand has released a teaser video of the Kia Sonet that partially reveals its rear. The brand has also released a silhouette image that shows the silhouette of the front end but details on that are limited to only the grille and the LED daytime running lights.

According to the teaser that gives us a glimpse of the upcoming car, the production-spec model does not appear to stray very far from the concept that was unveiled at the biennial event half a year ago. The rear end appears to feature a wraparound LED tail lamp with toothed elements and thin light stripes.

The connected lightbar that was seen illuminating on the concept is likely to be replaced by red reflectors on the production model and the KIA logo that was integrated into the lightbar on the concept has been moved to a more conventional place on the boot lid and is non-illuminated as well. The lower part of the rear apron is not seen in the teaser and further details are expected to be revealed closer to its launch.

On the front, the Kia Sonet is likely to get thin headlamp integrated LED DRLs mostly inspired by Tiger Canines, a signature Tiger Nose grille with red accents and a wide stance owing to the wide front apron. Details on the front bumper are limited and we could not hypothesize any further but will have to wait till the brand reveals more details.

Not too long ago, the brand also revealed that the Kia Sonet will make its debut with a unique clutchless manual transmission system iMT (intelligent Manual Transmission) unit. The clutchless system works similar to an AMT (Automated Manual Transmission) setup but features a conventional gear shifter that allows manual shifting without having the need to press the clutch pedal, in fact, the new system does not even have a clutch pedal installed on the vehicle and instead makes use of electronic sensors that sense when the driver is changing gear operating the clutch automatically using a hydraulic system.