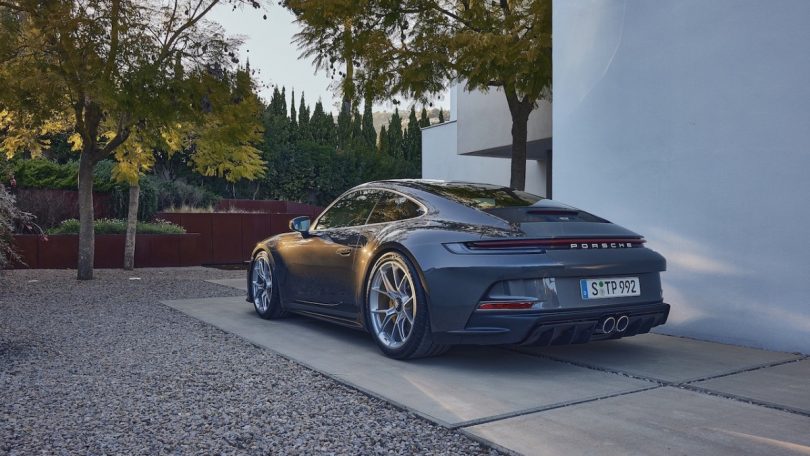 Porsche has unveiled the new GT3 Touring with a cleaner design and driving comfort rather than a track weapon. The Touring Package adopts the same features as the standard 911 GT3 and does not come with any mechanical changes. Porsche also reveals that the “Touring Package” terminology is in use since 1973 when Porsche used it on the 911 Carrera RS equivalent variant.

Like the predecessor, the 911 GT3 Touring gets the same engine, transmission, suspension, wheels and tyres as the regular 911 GT3. But the most obvious difference is the omission of the fixed rear wing. Instead of the giant wing, a rear spoiler that automatically extends does the job of creating the downforce it requires to stay planted on the road.

On the inside, the Porsche 922 GT3 Touring comes with extended leather upholstery in black. The car also gets special surface embossing on the front of the dashboard and the upper side sections of the door trim panels. The vehicle comes with a classic sports car look on the inside. The steering wheel rim, gear/selector lever, centre console lid, door panel armrests, and door handles all come in black leather upholstery. The head restraints also get Porsche Crest embossing. The Touring Package also comes with plenty of other options on the inside.

Powering the Porsche 911 GT3 Touring is a 4.0-litre naturally-aspirated flat-six engine. The engine makes 510 Hp of power and can do 0-100 kmph in just 3.2 seconds. The car can also do a top speed of 320 kmph. The 911 GT3 Touring Sport comes with the 7-speed PDK dual-clutch transmission as an option and a manual 6-speed box as standard. 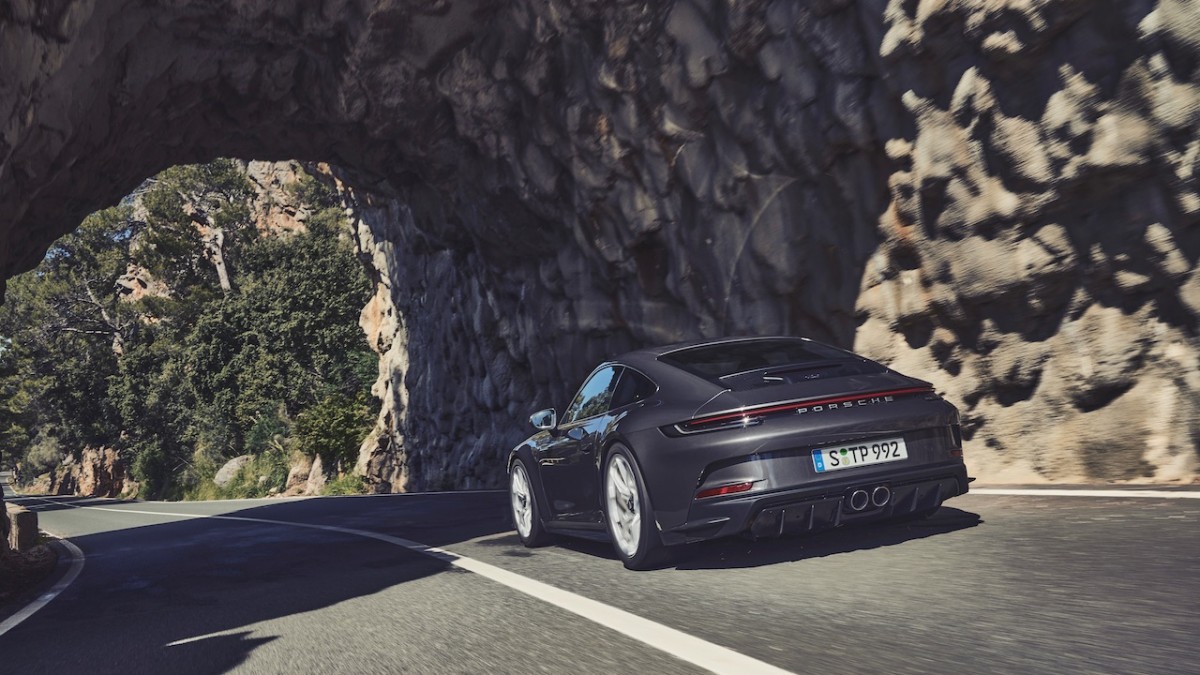